Around the outback in 7 beers 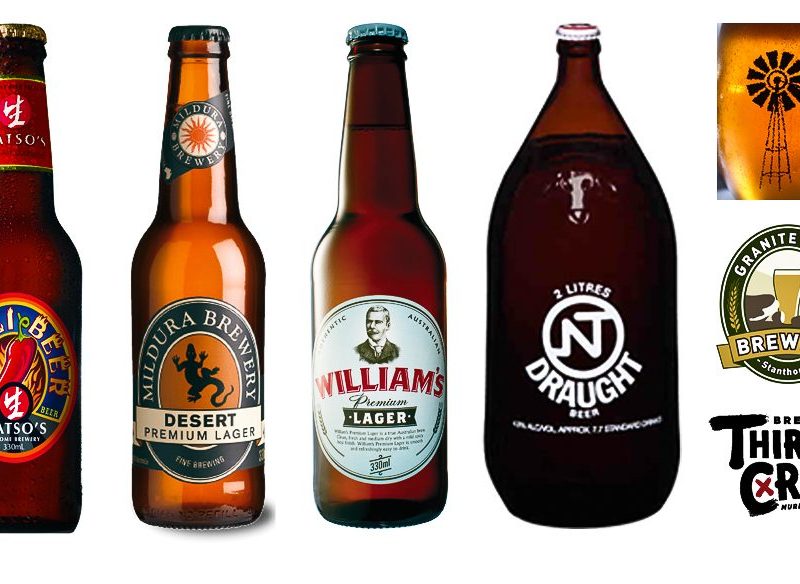 Take shelter from the heat at Matso’s and indulge your tastebuds in some obscure, yet delightful flavours such as the famous chilli beer. Or, for the sweeter palate, wrap your lips around the mango beer or desert lime and wild ginger cider.

The Mildura Brewery has been whipping up tasty beverages since 2004. Patrons can enjoy a meal and knock back a Mallee Bull strong ale as they watch the brewing in full view inside the former Astor Theatre.

These artisan ales brewed in Boulder, just outside the heart of Kalgoorlie, will keep the palate lubricated when the mercury rises. Tours and tastings are available via booking, and they also sell home brewing supplies so you can experiment with your own concoctions.

Owned and operated by the De Bortoli family (of the wine-making persuasion), the beer brewed was originally made for workers’ consumption, but has since grown to create craft beers under the William Bull banner producing a pilsner, pale ale and lager available for purchase at selected stores.

You won’t be thinking about apples when you visit this little gem of a brewery. Sample Granite Belt’s amber ales, dine at the restaurant and if you’ve overindulged in both, they have 16 quaint timber cabins available so you can leave the designated driver behind.

In 1956 Carlton United Breweries set up Darwin’s first brewery. Thanks to shipping logistics they created a giant two-litre bottle, giving birth to the iconic ‘Darwin Stubby’, which can still be purchased today. Although most usually take it home purely for its ornamental factor you can try and polish off the bottle if you dare.

Wagga Wagga’s first microbrewery will keep the whistle wet and the belly full with the brewery also working as a bar/restaurant. Thirsty Crow’s award-winning Vanilla Milk Stout is a favourite, but if you’re spoilt for choice, beer flights are available to sample them all. Stumble worthy.