Where to explore Australia under city lights 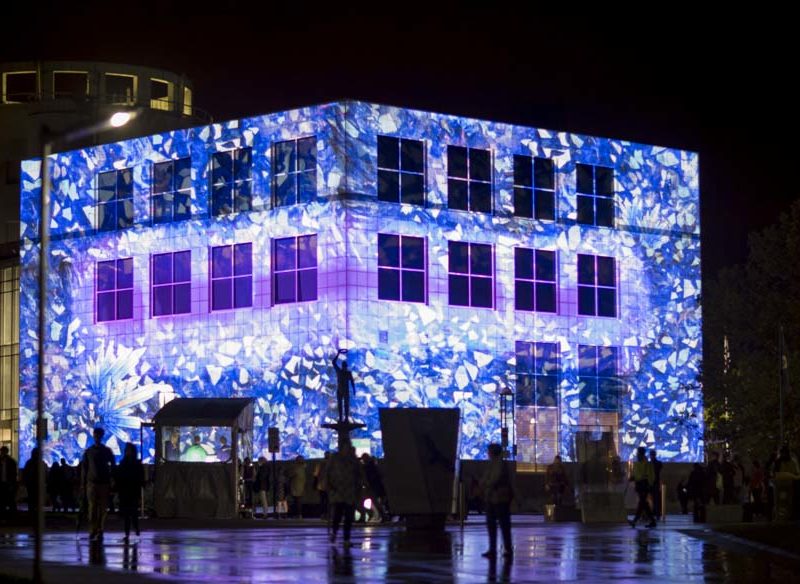 Cities: busy, exciting, chaotic, inspiring; too much to do and not enough time. And that’s why we love ’em. To help you navigate your way through 2017, we’ve picked some WONDERFUL ways to enjoy the big smoke.

1. A cellar door in the urban sprawl

Urban wineries are a cultural mainstay in Europe and New York, but the Urban Winery Sydney is one of the first of its kind in Australia.

A large-scale working winery in the city’s inner-west, the venture is the brainchild of Alex Retief, who wanted to offer Sydney city slickers a taste of the vine without a schlep to the country.

Try a tasting or one of the popular winemaker and chef dinners.

Melbourne fashion designers Georgie and Alex Cleary of cult label Alpha60 share tips for the best retail therapy and food in their city:

“Search out World Food Books on level three of the Nicholas Building in the city but don’t be confused by the name; there are no cookbooks here.

Then pop around the corner to Pieces of Eight, which specialises in super cool and interesting jewellery.

If you like jewellery and craft, you’ll love Craft Victoria.

Part gallery, part shop, it has an amazing array of artisan products including work by local potters and woodworkers.

Visit us in our new Flinders Lane store, Alpha60 at Chapter House.

“For food, Embla is a wine bar in the CBD by the renowned chefs from The Town Mouse. Don’t be put off by the laminex tables and bright lighting in the no-frills Chinese diner

Shandong Mama as the dumplings are authentic and delicious.

Meyers Place is one of the original laneway bars, over 20 years old – and still one of the coolest bars in town.”

3. A taste of the tropics

Darwin has some of the best markets in the Northern Territory, packed full of the best food and views in all of Australia.

Some of the best food to be devoured in Darwin is at its myriad markets, where cross-cultural influences, fresh flavours and stupendous sunsets and sunrises abound.

At the Rapid Creek Markets, Darwin’s oldest, you’ll find Thai, Vietnamese, Indonesian, Sri Lankan and Filipino shoppers jostling for produce, while at the Nightcliff Markets you can linger a little longer over live music, good food and coffee.

Pick up some crafts or flowers at the Parap Markets or listen to buskers and other live entertainers at the Palmerston Markets.

The Mindil Beach Sunset Markets are a bit of a tourist trap, but once you’ve experienced that sunset you’ll understand it’s for a good reason.
darwin.nt.gov.au/explore/markets

4. Get to know the capital from a kid’s eye view

The family that stargazes together, stays together, so take a night tour of the famous Mount Stromlo Observatory.

To cool off during the day, visit the historic art deco Manuka Swimming Pool, before filling young minds at the likes of Questacon – The National Science and Technology Centre, The National Arboretum parks and gardens or the National Museum of Australia; all of which make the capital a paradise for kids – meaning a happy holiday destination for parents, too.

Check out our guide to Canberra for families for more.

5. A heritage walk in the other West End

An old port town and part of the Greater Perth region, the atmosphere and history of Fremantle is intoxicating.

The streets of its West End are lined with impeccably preserved Victorian-era buildings, and visitors can explore antique shops, book stores, heritage pubs and new cafes.

Take a dip at Bathers beach or Port Beach before visiting the Fremantle Art Centre for a performance or exhibition.

6. You won’t mind if this track work interrupts your journey

You’ve seen a performance at the Opera House and a play at the Sydney Theatre Company, so next time you’re in Sydney venture a little further afield to the city’s inner-west and discover one of the best cultural venues in Australia – Carriageworks in Eveleigh.

7. Find moments of Japanese calm in the metropolitan madness

Melbourne might be our food, wine and coffee capital, but it also has some of the best Japanese bathhouses in Australia.

Weary travellers can soak and steam at The Japanese Bath House in Collingwood, which has been open since 1999 and underwent a slick refurbishment in 2015.

Men and women have their own bathing areas and everything is provided, including towels, soap, robes and shampoo.

For a more upmarket unrobing, try Onsen Ma at Meyers Place in the city.

It offers exquisitely serene designer baths as well as Japanese massage packages, as does the Japanese health space Sensu Spa.

8. Design dreams in our island state

Look a little further than the architectural marvel that is Mona and discover design treasure troves such as LUC for homewares and interiors, FIND Collective for contemporary jewellery and Handmark Gallery for Tasmanian art and craft.

9. Some coriander with your morning coffee?

Ethnic breakfasts are one of the biggest food trends, and Brisbane dishes up three of the best.

Cook Em Clare hails from Isaan in Thailand and has a breakfast menu including Chinese leek dumplings and khao tom gai, an aromatic Thai rice soup with chicken and ginger.

PawPaw serves a south-east Asian menu including a Bali bowl and an Asian omelette, while Café Ó-mai specialises in Vietnamese breakfast dishes such as claypot-baked eggs with Vietnamese lemongrass pork sausage and tamarind sauce.

10. Step into the private world of an art obsessive

If you love quirky house museums of the super-wealthy, such as the Frick Collection Museum in New York, you’ll adore The David Roche Foundation collection in Adelaide.

Roche was an avid collector of decorative arts, and his collection spans two centuries of European design – from French Rococo to the Fabergé of Russia.

Housed in his original residence, Fermoy House, and a new adjoining building, IT offers a fascinating insight into Roche’s life and passions.