Business class v economy: Is it worth the extra cash? 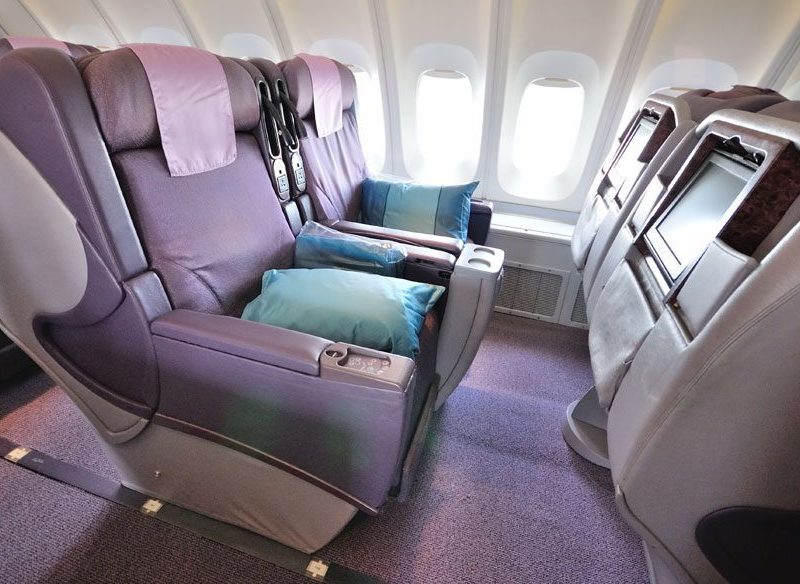 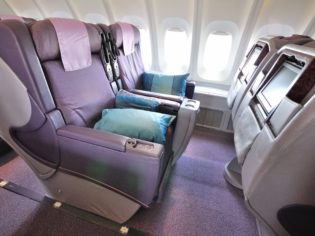 Like any economy-class flyer will tell you, boarding a large plane is a bit like taking a pauper to Fifth Avenue – an insight into the luxuries money could buy, if only you had it.

The first time I boarded a plane I couldn’t understand why people complained about long haul flights, I walked in to find rows of roomy seats that could double as single beds, mini televisions and more buttons and gadgets than a Transformer. This is was going to be all kinds of fun! Then I realised I was walking through business…

As I walked down the aisle the seats suddenly became cramped into rows of eight, not six, the cry of babies became louder and overhead storage compartments were already so packed the doors couldn’t close, let alone fit my items.

Oh, so this is why they call it cattle class.

Over the years I’ve since learned to look straight ahead and ignore the lushness of business en route to my seat at the rear. In fact, on occasion I have secretly scoffed at business customers – clearly with more money than sense.

But when I was recently offered a business seat with Qantas on a return flight from Western Australia, I wasn’t quite so unaffected. Alright, guilty – I did a Lleyton Hewitt-esque “come on!”, marked it down in my diary, then counted down the days. Having only ever flown economy, just what was so good about business that warranted the quadrupled price tag?

I arrive at Perth’s airport, fresh off a connecting flight, and have 15 minutes to enjoy the glory of the business lounge. So condensing the experience which any sophisticated traveller would typically enjoy over an hour, my travel companions and I race in, peruse one of the many magazine and newspaper stands, scoff down a complimentary bowl of crispy snacks from the bar and a glass of champagne, all before darting to the boarding gates. Moral of the story – arrive at the airport early so you have time to actually enjoy the lounge at leisure.

As we board the plane, it feels quite alien taking only a couple steps before the stewardess says “Right here, Miss Jenkins”.

Ah, my seat. My beautiful, spacious seat. Pillowy and wide, and with more leg room than I know what to do with. I test out every way I can maneovour my lair for the next five hours, flick almost every switch I can find (which the old-hand business traveller next to me isn’t quite so excited by), and read over the menu at least nine times before takeoff. I am a child on a sugar high.

During the safety briefing, I’m even excited when the voiceover announces “emergency life jackets in business are found under your leg rest” – yes, leg rest!

But it’s not just the almighty seats that make the business experience. The differences between it and economy vary in obviousness, but they all add up. The aisles are wider, the bathrooms are lovelier, the blankets are softer and thicker and the menu, oh now that’s something special.

Don’t get me wrong, the food in economy is far from substandard, but it certainly doesn’t match menu offerings like pistachio-encrusted salmon fillet, slow-cooked braised beef cheeks, passionfruit panna cotta or crème brulee. Even the faultless staff seem happier.

There’s the larger in-built flat-screen television for every seat too – with an extended range of entertainment options no less – and even the head phones are of higher quality.

But back to the seat – the fact that you can lie completely flat in the seats for a proper mid-flight nap alone almost justifies the inflated price tag.

So is it worth it? If it’s a long-haul flight and you genuinely have the disposable income – absolutely. Even if it’s just once if your life that you splurge.

I was almost disappointed when we landed. It’s going to be tough going back to economy.