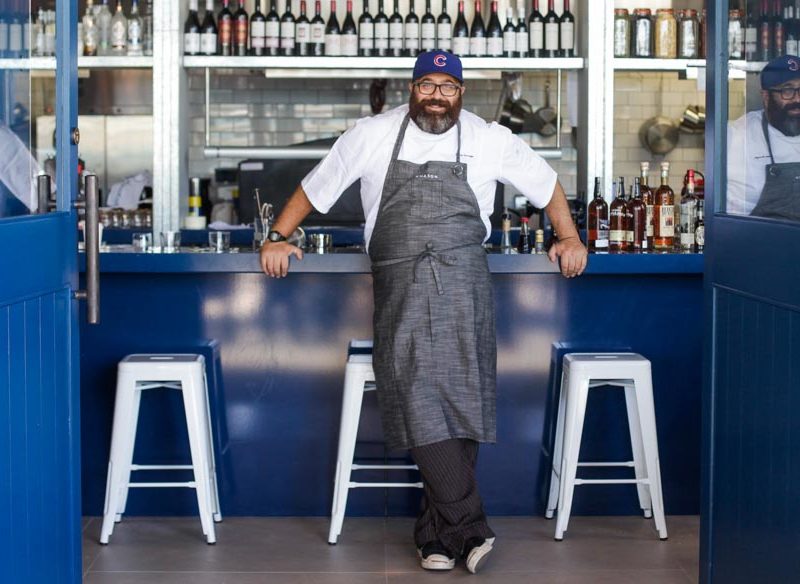 How would you describe Turkish cuisine to someone who’s never tried it?

Regional, seasonal, varietal and abundant are four words I’d use to describe the characteristics of Turkish cuisine.

Turkish food seems to suit the Australian climate, do you think there’s many similarities in the dining between the two countries?

Turkey has seven regions with a variety of produce and climate differences.

Both the Mediterranean and Aegean regions have similar climates and produce and the charcoal-style [cooking] is very similar to our love of barbecue here.

What Anatolian dish would you recommend everyone tries once?

For me kaymak, a thick, clotted buffalo cream, is one ingredient I have not been able to produce or import here successfully, yet.

We are working on it with a local buffalo farm but that’s a work in progress.

If you are ever in Turkey, ask for it either with desserts or simply with local honey, it is divine.

Mezebars, or as we call them in Turkish, meyhanes, are casual eateries that focus on food designed to accompany your choice of drink.

It is in the same style as Spanish tapas, Japanese izakaya or, the closest cousin, Greek taverna food.

As the food is generally designed around raki, a very strong anise-flavoured alcoholic drink, it is protein driven.

The idea is to cover the stomach lining to absorb the high alcohol content.

Running the risk of selling out my home town, Sydney, and being a cliché, I still have to say Melbourne.

They’ve done my style of food, not only Turkish but Middle Eastern, Greek and Spanish, for so long and so successfully thanks to pioneering chefs such as Greg Malouf and Frank Camorra.

And the rise of Turkish chefs like Ismail Tosun of Babajan, Kemal Barut of Lezzet and Coskun Uysal of Tulum is encouraging.

I love having Australian shellfish; from freshly shucked oysters to mud crabs and marrons on the beach, preferably cooked over coals and served with a crisp riesling.

We are blessed with some of the world’s best produce and, combined with our multicultural approach, it’s no wonder we have an amazing variety of restaurants – some better than those in their country of inspiration.

What’s next for you?

We want to bring the more casual, regional and street-style foods of Turkey to Australia, and have projects in the pipeline.

Love food too much? The you’ll love these:

– How to spend 48 hours in Canberra

– What it’s really like… to be an oyster farmer