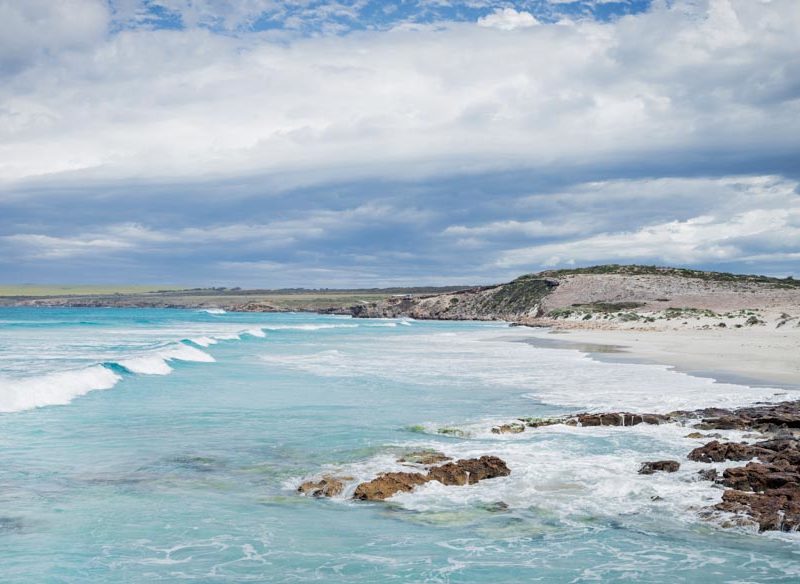 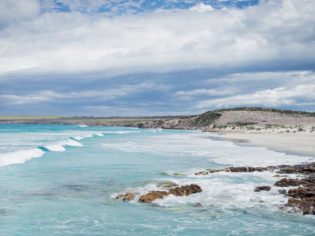 For all things marine and an ocean of incredible wildlife, the prodigious Seafood Frontier drive proves both fascinating and delicious.

“You’re in their territory,” explains Andrew Wright, co-proprietor of Calypso Star Charters that offers shark cage diving in the ocean off Port Lincoln. “For people to face a great white, it’s the thrill of a lifetime.” 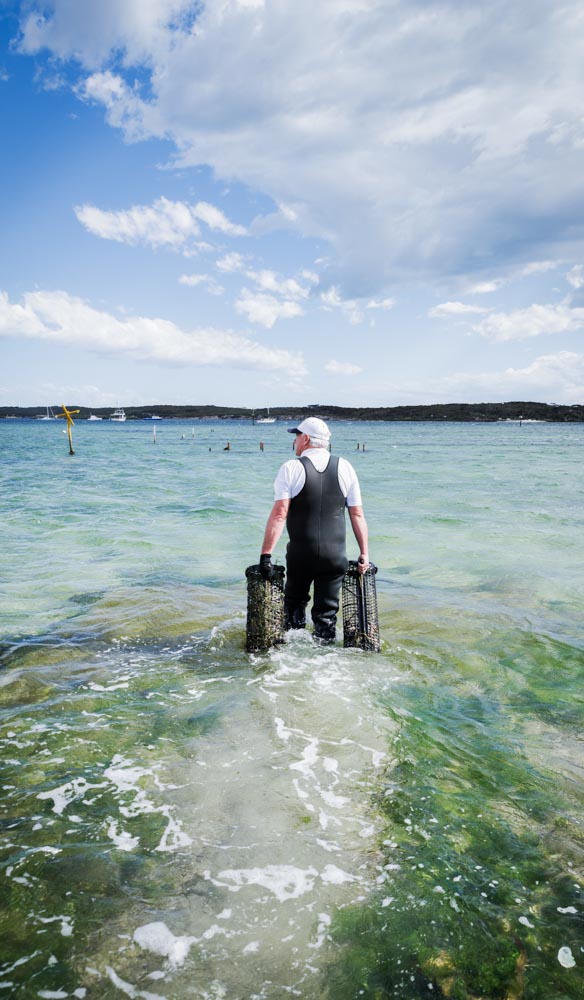 On the hunt for the fresh oysters, on the oyster farm tour in Coffin Bay (photo: Michael Wee).

Calypso Star has been plunging divers in sharkproof cages around the Neptune Islands Group Marine Park since 2000, now attracting more than 8000 participants a year.

It’s why many international visitors come to South Australia, and is a significant attraction as they drive the huge Seafood Frontier trail around the Eyre Peninsula.

This epic journey pays homage to all things aquatic in the pristine waters that surround the peninsula. (See more: all the Greatest South Australian Road Trips) 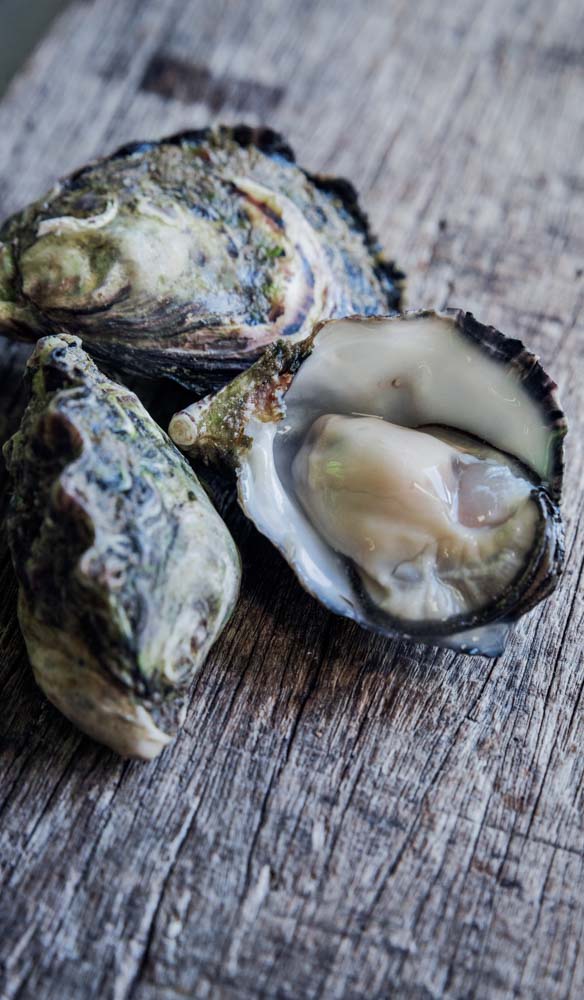 While chefs around Australia covet seafood from this region for its quality, and there are notable seafood restaurants around Eyre Peninsula, this trek is much more than just a drive for people who love seafood. It’s a delight for anyone wanting to get up close and personal with marine life.

Calypso Star also offers a package to swim with Australian sea lions during half-day trips between October and May from Port Lincoln marina to either Hopkins, Blythe or Langton Islands.

Swimmers in wetsuits and masks can frolic in shallow water with these playful and inquisitive sea mammals, which deserve their reputation as the puppies of the sea. 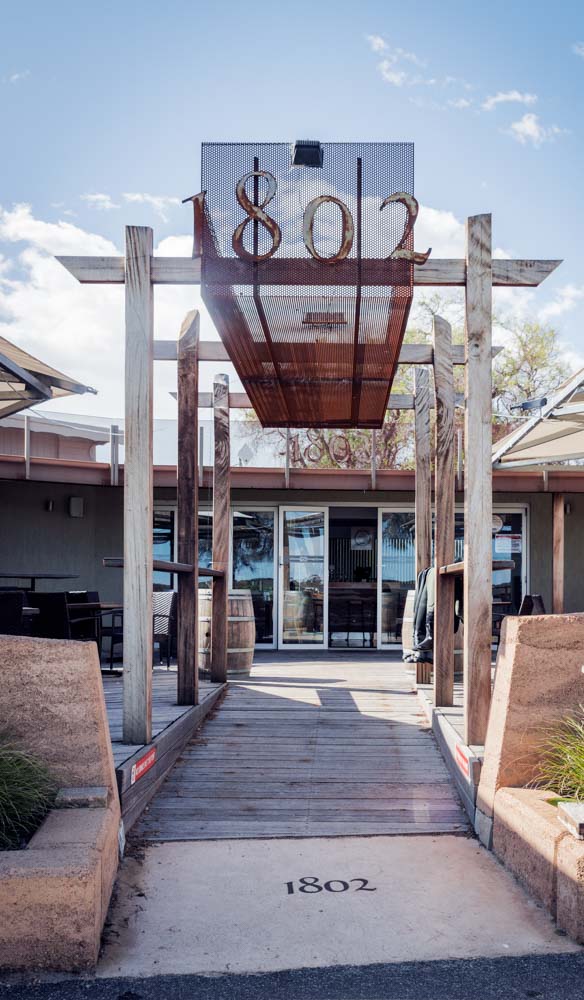 They can also take guests by boat from its Ocean Eco Apartments for a thrilling encounter with dolphins near the mouth of the bay. It’s no less memorable to swim among Australian giant cuttleﬁsh at Stony Point near Whyalla.

Described by marine biologists as one of the planet’s most incredible aquatic experiences, this is the only place where tens of thousands of cuttlefish cluster (they are usually solitary creatures) as they mate and breed between May and August. 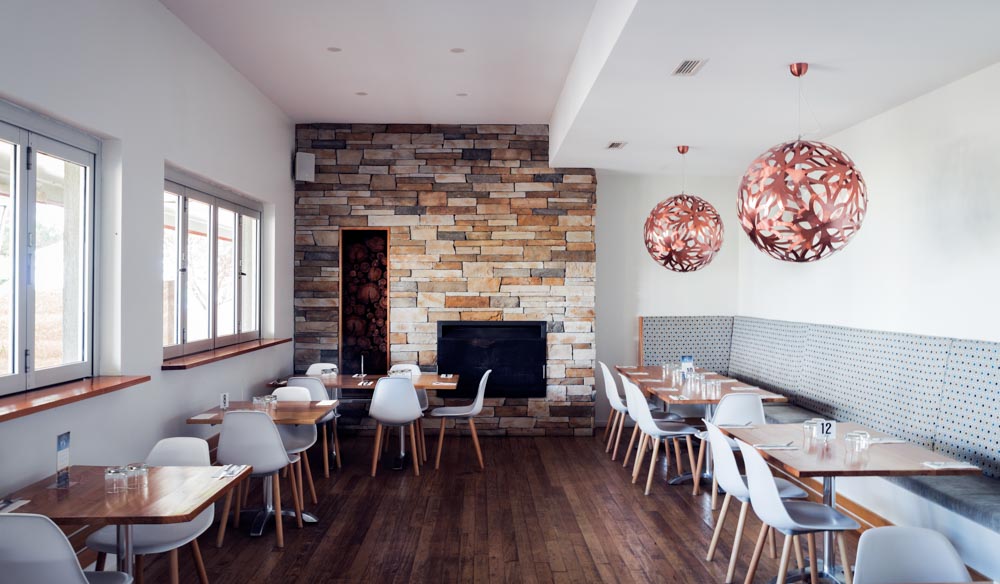 Trendy interior of 1802 Oyster Bar and Bistro, a must-visit for oysters and seafood when in Coffin Bay, South Australia (photo: Michael Wee).

“They’re called the chameleons of the sea,” explains Tony Bramley, from Whyalla Diving Services. “They change colour and texture as they move. It’s an incredible technicolour show.”

It’s also free. There’s no need for a licence or permit; just put on a thick wetsuit as insulation against the cold winter water, and float among the unfazed colony of cuttlefish – although Tony can also take you on a tour if you’d like to go with an expert.

For an equally cheap marine thrill, dolphins can often be seen in Whyalla’s foreshore marina when fishing boats return with their catch, trailing close behind in the hope of a feed. Enter the water near the boat ramp to feed these dolphins by hand, or even pat their snout. 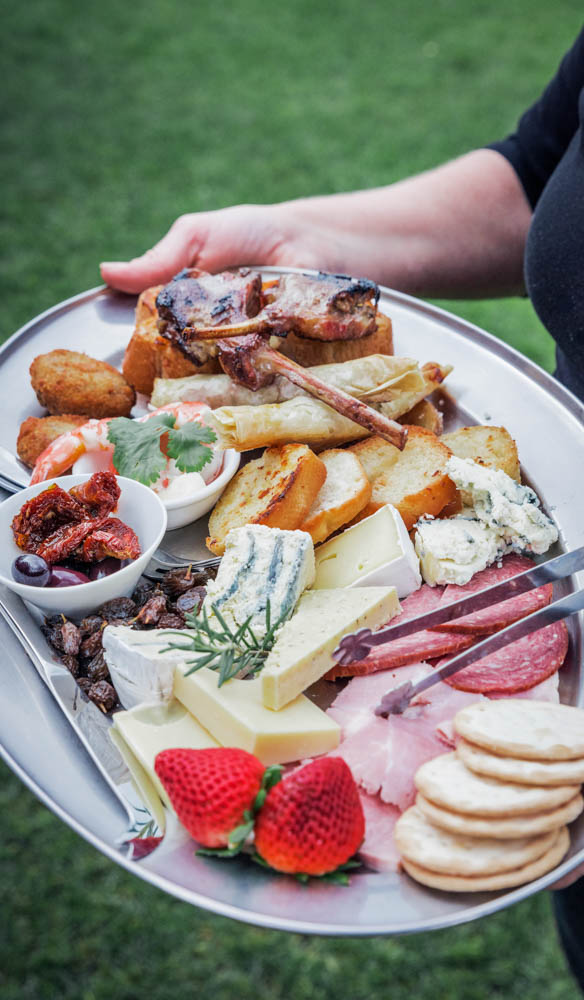 A feast for the eyes and taste-buds; a share platter by Boston Bay Wines in Port Lincoln, South Australia (photo: Michael Wee.

Drive 150 kilometres south from Whyalla to Arno Bay, and you can learn about progressive aquaculture at the Clean Seas Aquaculture Hatchery. Arno Marine Tours explains the successful hatchery’s kingfish breeding program through interactive presentations, a site visit and tasting samples.

Get a closer look at the big game fish by swimming with full-sized tuna in Boston Bay, 110 kilometres further south.

Oceanic Victor ferries passengers from Port Lincoln marina to a 40-metre circular netted pen in Boston Bay, where visitors put on wetsuits and dive in to hand-feed sardines to ravenous tuna.

Surprisingly, the big tuna don’t bump swimmers, despite racing through the water at about 70 kilometres per hour. If you don’t fancy testing that out, there’s an underwater observation room and a touching pool to stroke a variety of marine life. 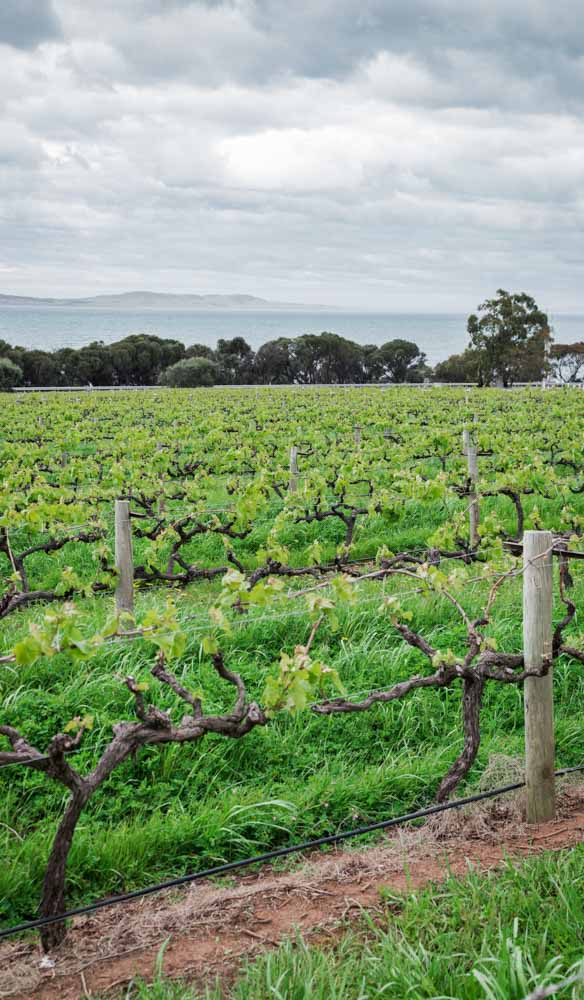 If this primes your appetite for fresh seafood, visit The Fresh Fish Place at Port Lincoln, where seafood cooking classes are held regularly, or order from a big menu of local seafood dishes at the shorefront Del Giorno’s Cafe Restaurant.

Eyre Peninsula’s wild west coast is known as one of Australia’s salmon fishing hotspots. Midway along the three-hour drive between Port Lincoln and Streaky Bay, a 283-step stairway descends to Locks Well, rated as an outstanding surf-fishing beach.

There’s nothing out here except the nearby Sheringa Roadhouse on the Flinders Highway, a refuelling stop and fishing-supplies shop that presents a classic raw slice of Australiana.

Diving and surfing are also options for the experienced adventurer along this circuit of pristine isolated beaches.

The Great Ocean Tourist Drive, just north of Elliston (170 kilometres north-west of Port Lincoln) is the remarkable setting for Sculpture on the Cliffs. 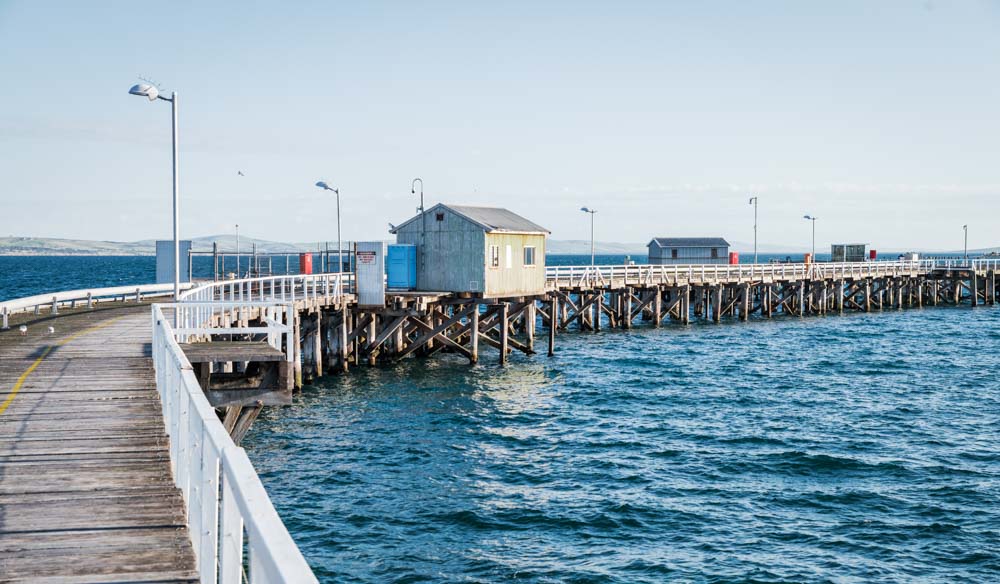 Local artist John Turpie devised this open-air gallery in 2002, which stretches along the cliff and features artists from across Australia. It drew 30,000 tourists to the tiny fishing town during its initial three-month exhibition, resulting in it becoming a biennial event. Several pieces have remained permanent fixtures, standing like proud coastal totems.

Oyster eating season reaches its zenith at the annual Oysterfest in Ceduna, held over the Labor Day holiday weekend in October.

Established in 1991, Oysterfest celebrates oysters at their peak, before they start spawning as water temperatures rise above 22ºC from late November to March. Visitors to Ceduna can also enjoy plenty of other fishing treats, from abundant whiting, salmon and garfish to locally caught crabs.

Whale watching is the crowning aquatic spectacle of this journey, and well worth the considerable effort it takes to reach Head of Bight on the Nullarbor Plain.

Located 300 kilometres west of Ceduna, the observation platform atop towering sandstone cliffs provides an exceptional vantage point to observe up to 100 southern right whales that breed along this stretch of ocean between June and October.

An ideal way to enjoy the scene is with Chinta Air Tours, which combines a drive from Ceduna to the Nullarbor Roadhouse, with a light aircraft flight over the water for aerial views of the whales.

Participants on Coffin Bay Oyster Farm Tours get into waders and stride out to an oyster lease to taste fresh oysters plucked straight from the water. 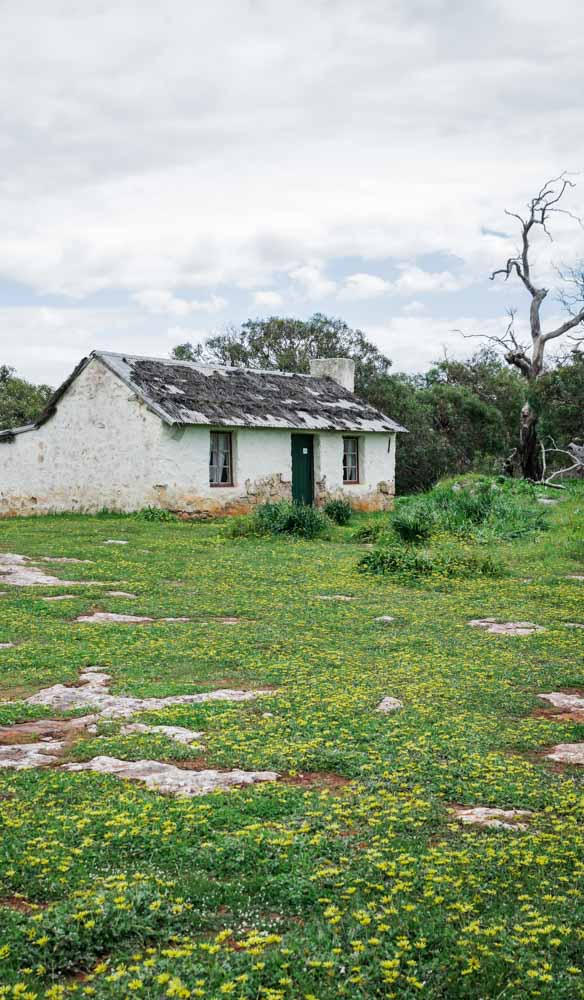 A farmer’s cottage at Mikkira Station, out of Port Lincoln (photo: Michael Wee).

Smoky Bay, a tiny town south of Ceduna, has emerged into the spotlight for its oysters, grown in pristine ocean waters and fed on nutrient-rich swells from the Great Australian Bight, defining their distinctive clean, briny flavour and unique cupped shell full of plump meat.

Several of the 20 Smoky Bay producers also grow flat-shelled angasi oysters, popular for their fine-texture and salty flavour with a sharp, metallic edge.

The Seafood Frontier runs for 1226 kilometres in its entirety, from Port Augusta to Border Village via Port Lincoln. Allow seven to 10 days.

Getting there: Whyalla, the starting point for the epic Seafood Frontier trail, is about four hours’ drive from Adelaide. Drive another three hours south to Port Lincoln, then four hours along the west coast to Ceduna. Many travellers choose instead to fly from Adelaide to Port Lincoln with Qantas or REX airlines, then rent a car from Port Lincoln airport.

When to go: While hot summer months between December and February are favourite Eyre Peninsula visiting times, weather is also ideal during autumn (March to May) and spring (September to November), although serious surf-beach anglers prefer June to August. 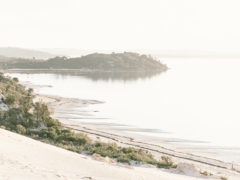 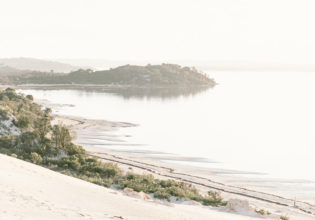 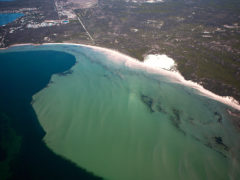 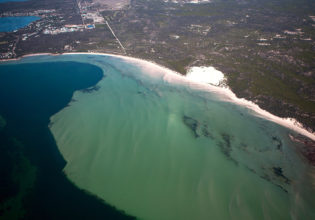 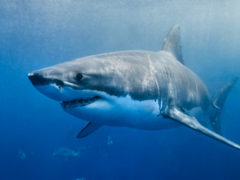 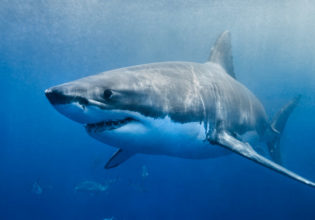 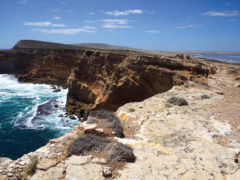 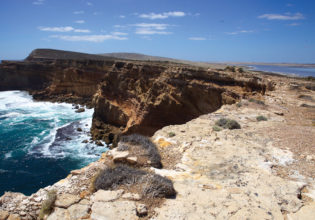 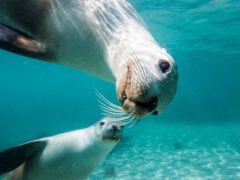 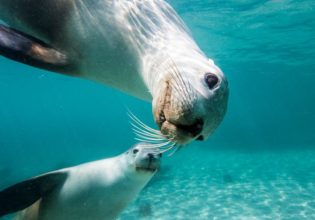 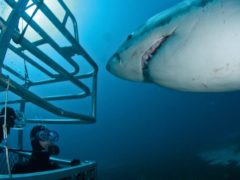 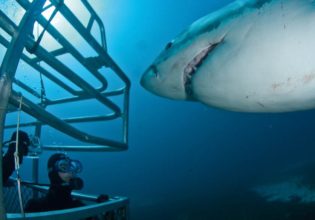