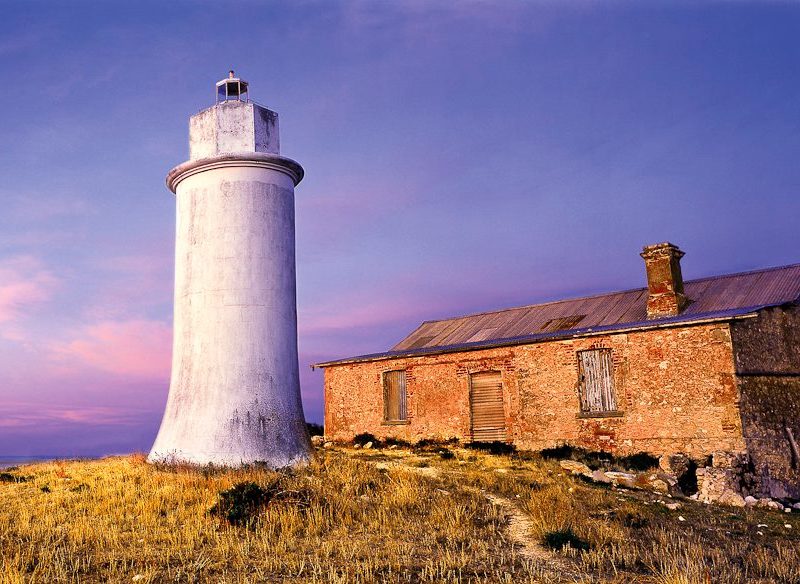 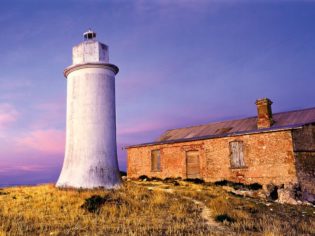 Everyone’s a photographer these days, but only one man can claim the honour of starting the travel-photography-as-art movement: one Ken Duncan AM.

Often referred to as ‘that landscape photographer’ (and occasionally recognised as Midnight Oil’s main snapper), Ken has shot some 200,000 wall-worthy images, so he’s probably the guy to thank for the pretty field of sunflowers hanging in your dentist’s waiting room. (Never mind the Order of Australia, countless international exhibitions, worldwide fan base or presidential admirers.)

Having set up and conquered the world’s fine-art photography industry, he’s now sharing his extensive knowledge base with anyone who cares to attend his photography workshop on NSW’s Central Coast. At the end of our four-day adventure we’d learnt a bagful of new tricks (and gotten to know a very interesting guy). Here are our favourite pearls of wisdom.

It doesn’t take long to work out that Duncan isn’t much of a stickler for rules (his entire career came about as a result of ignoring people who said ‘no’ to him, after all).

“It was a visit to New York in the early ’80s that started me,” he muses. “They had fashion photography over there happening in a big way, but when I came back to Australia, photography wasn’t being treated as an art form. I decided to set up a gallery showcasing my images.” These days, his portfolio of landscapes is hailed as Australia’s best (and most extensive), and his prints sell across the world.

But breaking the rules is how you get the best images, he adds. “Once I had a woman come to one of my exhibitions with a doctorate in photography, and she was telling me how surprised she was that one of the photos ‘worked’, even though it wasn’t one-third sky, two-thirds foreground,” he says. (She had no idea who she was talking to, so he responded: “Lucky this guy didn’t know the rules then.”)

His best piece of photography (and life) advice? Screw the technical matters – chase the fleeting moments.

Photography might now be considered an art form (“yes, they call it fine art photography now,” Duncan says with amusement. “What’s that?”), but he reckons it’s all about instinct. During the workshop, you’re encouraged to traverse rocky outcrops, scramble up muddy slopes and get metres from stampeding horses or rushing waterfalls – whatever you feel it’ll take to get a good shot.

On a wider level, he tells us that he once felt compelled to put together an entire book shooting American landscapes (called America Wide: In God We Trust), which ended up being gifted to President George W. Bush by then-PM John Howard on September 10, 2011. The very next day was that fateful September 11. Months later, President Bush would write Duncan a letter saying, “Ken, at a time when I had to make some very heavy decisions over my nation, I’d like to thank you for this book, because I’m reminded how blessed our nation is.”

The weirdest thing? Duncan says he had no idea why he felt so compelled to create that book – it was entirely an instinct thing.

Landscape photography is all about the right light, so even though you’ll be staying in a lovely hotel, don’t expect to get any lie-ins. The best light begins well before sunrise and usually floods the scene five to 10 minutes after the sun has risen, so you’ll be up nice and early. Eventually you’ll be happy about the 4am alarm, though – “everything in the foreground lights up, and you get beautiful pastel colours in your shots that way,” Ken enthuses. You also won’t get your shadow in the shot if you’re up early enough.

You don’t have a huge amount of time to spend yarning at the pub during Duncan’s workshop, but he does extrapolate enthusiastically on the benefits of chatting to strangers when travelling, for the local secrets it invariably results in. “That’s how I found out about the Glasshouse Rocks at Narooma [on NSW’s South Coast],” he says.

“They are as good as the 12 Apostles, but you can get down on the beach with them. They’re an icon in the making.” You heard it here first…

Ken’s next ‘Coastal Exposure’ photography workshop is on 15–19 May, 2015. See kenduncan.com