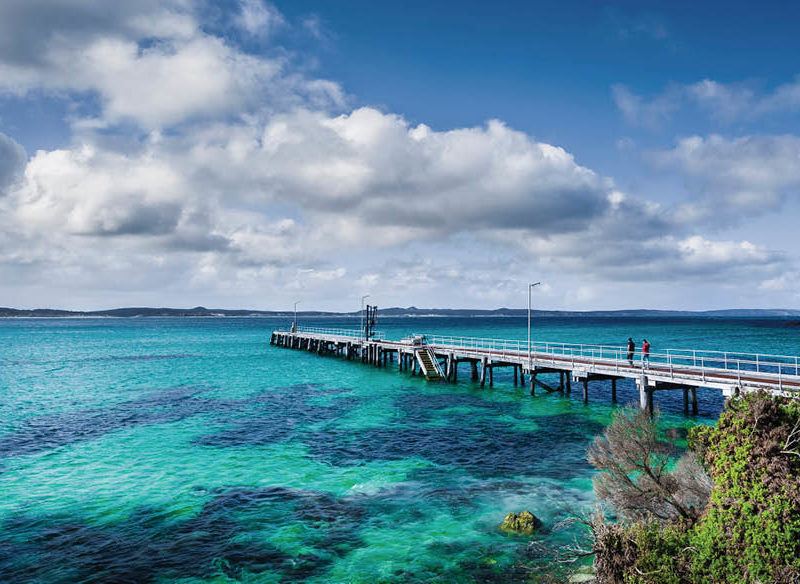 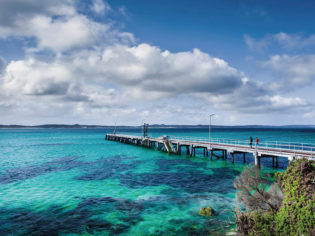 Worried you’ve missed the boat on top summer deals for the Christmas holidays? Dilvin Yasa says there are plenty of great last-minute family holidays to be had – if you know where to look.

If you’re anything like me, summer holiday panic usually sets in somewhere around the end-of-year school concert and that stomach-dropping chat with another parent who tells you about that wonderful new Fijian resort they’ve booked for Christmas. Of course, if you are me, you also have the panic of knowing that if you don’t book something today, you’ll be spending the next few weeks sitting under your mother’s carport, eating sun-warmed snags as your children wrestle with the sun-warmed hose – a holiday you’ve been known to previously sell as a ‘STAYCATION!’

I won’t lie; this fear alone is enough to prompt me to book something quickly these days, but should you find yourself facing a similar situation (and you don’t fancy dropping in at my mum’s), you’ll be pleased to know there are plenty of amazing family holiday destinations you can access with little-to-no planning.

When I was a child, you only ever went to Canberra as punishment, but since the hipsters, their coffee machines and a multitude of Michelin-starred restaurants have moved in, our nation’s capital has long since shaken off its ‘kill me now’ tag and groomed itself into one of the hottest cities around.

For a start, it’s probably more child-friendly than most, with a wealth of fun museums such as Questacon, National Museum of Australia and The National Dinosaur Museum, and it has a multitude of gargantuan outdoor spaces packed to the brim with activities such as kayaking at Burley Griffin, cycling Tidbinbilla Nature Reserve, and riding the miniature steam train at Cockington Green Gardens. Add to that accommodation options that range from sleeping with a lion or brown bear just outside your window at Jamala Wildlife Lodge, to the bright and bold East Hotel, which offers families interconnecting Kids Studios with bunk beds, play tables and an Xbox 360.

The cherry on top? Since Canberra is still considered on the up and up, you’re likely to find some truly great last-minute deals through sites such as lastminute.com.au and booking.com

Embrace those ‘character building’ driving holidays of your youth and treat your own family to a similar experience (this time with air-con, water and a spare tyre) by taking advantage of super-low domestic fares and hiring a car at your destination.

With minimal planning, you can fly to Launceston, Tasmania, pick up a hire car from the airport and embark on a stunning driving holiday around the northern part of the state where the produce is mouth-watering, the scenery jaw-dropping and the activities such as Penny Royal Adventures, Cataract Gorge Chairlift and basin, Hollybank Treetops Adventure, and Tasmazia & The Village Of Lower Crackpot in Sheffield, suitable for young and old.

Fancy somewhere warmer?  Take the well-trodden path between Sydney and Yamba (on the way to the Gold Coast), visiting all the ‘Big’ things before eventually settling at a campground at Yuraygir National Park. Offering cliff-top sites overlooking stunning beaches, the park is located close enough to both towns to visit regularly, but is far enough that you’re unlikely to be affected by summer crowds (and pricing).

For other holiday parks you can match with a driving holiday, check out Turu, Big4 Holiday Parks and Discovery Parks.

What’s a guaranteed way to have the (last-minute) holiday of your dreams without having it crushed by crowds or surge pricing? You head somewhere many don’t know too much about… somewhere like South Australia’s spectacular Kangaroo Island.

Located 13 kilometres off the coast, Kangaroo Island is a wilderness wonderland where the seals, sea lions and yes, kangaroos, appear to outnumber the human population of some 4,500 by quite a bit.  Simply hire a 4WD and earmark visiting the sea lions at Admirals Arch, enjoying a guided seal tour at Seal Bay Conservation Park, and feeding  pelicans at Kingscote as ‘must dos’. Then rest your head at one of the many campgrounds scattered around the island, hire one of the waterfront private residences also readily available through sites such as Stayz or Airbnb, give yourself over to the ultimate luxury by checking in at LifeTime Private Retreats.

Going to the Great Barrier Reef for a last-minute summer holiday may not sound like a particularly good deal – until you realise the trick to successfully staking your claim on a palm-fringed beach is to dismiss the big ‘names’ and instead look at neighbouring towns, which not only tend to be cheaper, but are at less risk of being booked out by the time you make the call.

Lady Musgrave already booked out? Look to staying at Bundaberg, AKA the launch pad to the Southern Great Barrier Reef. With the town as your base, you can take the kids to visit Mon Repos Beach – home to the largest turtle rookery in the South Pacific, enjoy the beauty of Lady Elliot Island where you can swim straight off the beach over the reef, and you can visit the charming towns of Childers and Gin Gin where you can eat your body weight in gorgeous fresh produce. And then, of course, there’s the rum, but that’s another story…

Help yourself score a better deal over the school holidays by liking your favourite/preferred hotels on social media or signing up to their newsletters. Doing so will put you ahead of the queue for any last-minute flash sales (likewise for airfares).

Consider also house swapping through Aussie House Swap or by hiring a private rental at the destination of your choice. Not only will this work out to be cheaper, but you’ll also (usually) have a full kitchen and laundry ready to go (reality stops for no one).

Download apps such as Skyscanner, which will not only notify you of price drops from airlines and online travel agents, but let you search through lists of suitable destinations for your desired travel period arranged by price, cheapest to most expensive.