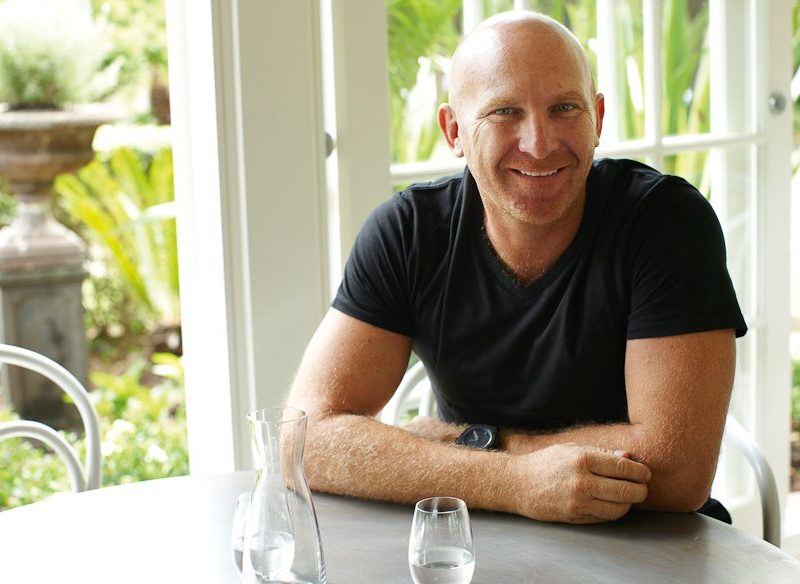 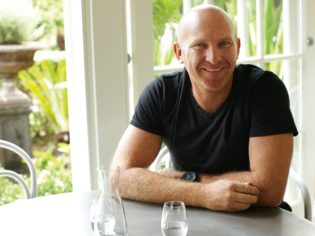 Steve Madgwick chats with the increasingly well-travelled Matt Moran about his foodie journeys, his newest restaurant and what he cooks when he’s feeling lazy.

With your television series, Paddock to Plate, you seem to be covering a lot of Australia. What’s your favourite destination?

It’s a bloody hard one. It depends if I feel like a warm climate or a cool one. I have to say that Broome is a very special place. I’ve been there twice, once in my early 20s – my first real holiday, at Cable Beach, before it was really discovered – and once a couple of years ago. Both times I remember those three contrasting colours: that beautiful blue ocean, that white sand and that red dirt – pretty damn special!

Any places not yet ticked off your Australian bucket list?

Up until this week the Barossa Valley was definitely one. It’s quite tragic – I had never ever been to the Barossa Valley before last week. I am very much looking forward to going to the Eyre Peninsula, down to Port Lincoln. Luckily I’m going down there with the show.

Do you have a favourite hotel, somewhere that makes you feel at home?

qualia, Hamilton Island: it’s a beautiful, remote location and the rooms are very private and spacious.

You’ve been away travelling and you’re feeling lazy – what’s your equivalent of a TV dinner?

I guess a lot of people think that because I’m a chef and I’ve got fine dining restaurants, I must eat fine food all the time. That is not the case. On a Sunday night, it wouldn’t be uncommon for me to have a boiled egg and toast, you know, like little soldiers, with a bit of salt and pepper. It’s not unheard of for me to have a cheese and tomato jaffle, too.

Do you have a favourite food region in Australia?

For the different times of the year, there are different favourites. Doing Paddock to Plate means I’m learning about all these regions. In the first series we covered some great places in Victoria – in particular Daylesford, Yarra Valley, Gippsland – and then up to New England. Every region is known for something special. I’m going to Riverlands in South Australia next and there it’s Murray cod, almonds, oranges and wild duck. Also different climates, of course, mean different produce. I’ve just met a strawberry farmer in the Barossa. For half the year they get their strawberries from there and the other half from their farm in Queensland.

Outside of your own, which restaurant has the best position in Australia? Perhaps one you might envy…

I’m not going to single one out, for various reasons, but some of the regional restaurants are doing special things, especially supporting the locals. You look at Dan Hunter’s place down in Victoria, Brae [review]; he’s doing a lot of his own produce. Also, James Viles’ Biota at Bowral. He is doing a very similar thing by sourcing what’s around him and what’s available. Using what’s in season is a great asset.

One thing you don’t leave home without when travelling?

My toothbrush. I wish I could leave my phone behind most of the time.

You’ve said you are travelling more now. Have you had a travel nightmare that could put you off?

No. I love different cultures and I love different foods. I was recently in India and everyone talks about [how] you are going to get a bug and get pretty sick and whatever else. But when I was down at the street stalls I was eating anything I could put in my mouth.

What do you think of people and chefs who Instagram everything they cook or eat?

Fantastic. I actually think it’s great that people do it. You know I follow all chefs on Instagram so I can get ideas and steal them [laughs]. So rather than having to read their websites, I just follow their Instagram.

I’ll really just be pillaging all the produce that they’ve got there and holding a massive feast. I’m thinking duck, honey, suckling pig, some lambs, some marron, local crayfish – and I’m just going to go for it. It’s easy to do those sorts of gigs – so much produce to choose from, just keep it simple and let the food speak for itself.

You own some successful and influential restaurants – ARIA Sydney and Brisbane, CHISWICK, Riverbar and Kitchen… Of all the places you’ve owned or worked at, which one means the most to you?

There is actually no contest: ARIA Sydney is my baby. I’ve been there the longest, it’s fine dining, it’s where I still work, and I’m proud to don the uniform – it’s there for ever. It will forever be my baby.

Other top chefs without the dressing…