Warts and all: Memoirs of an Australian Traveller 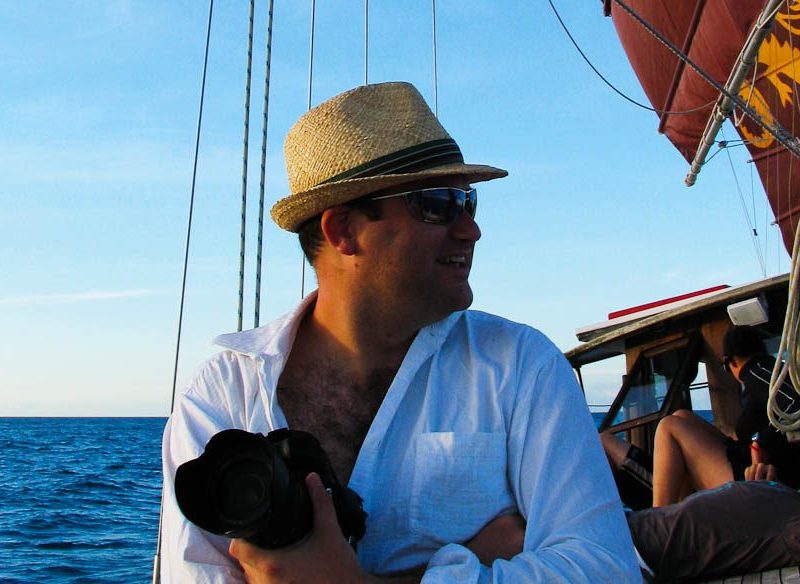 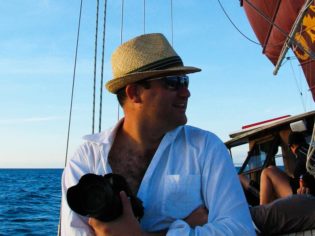 Australian Traveller started on a flight to Broome in 2004. Surprising then, that from the age of 14 all I wanted to do was get the hell out of Australia.

As far as I was concerned, life started once I crossed the Australian border and started exploring ‘the world’.

I was a fresh-faced, long-haired 18-year-old backpacker when I first travelled through Europe and the US. My round-the-world ticket cost $1800 and flew me via Colombo, Sri Lanka, on an Air Lanka jet where the rivets popped every time we took off and landed. But no matter.

I lived by the words of a weighty Let’s Go Europe guide that weighed a ton. It led me to the most flea-bitten, cheap accommodation I could afford. I survived a mate almost dying in Zermatt, a crazy Viennese slum lord, homeboys and bed bugs in NYC and several memory-impairing visits to Amsterdam. I survived my youthful wanderlust, in other words. Just.

I returned from my gap year not knowing that’s what I had done. Back then you merely ducked uni for a year and went travelling. Most people thought it strange and exotic and said things like, “Wow, you’re adventurous, aren’t you?” I just thought it was a better use of my time than studying.

I took a job in publishing with the hope of using it to fund my travel. It worked.

The boss deported me to Singapore for 18 months, then London for two and a half years. I hated Singapore and loved London.

The summer holidays in Italy were glorious – long days in Florence, the Tuscan coast,Rome and even a week-long sojourn in Venice. It was everything I had always wanted. I didn’t want to leave.

Unfortunately, I returned to Australia earlier than I had hoped to (thanks, boss), this time with a de-facto English girlfriend in tow.

To kick off the Australian leg of our relationship, I booked us a holiday in Broome. It was May 2004.

Flying over Roebuck Bay, I looked down and for the first time, saw the amazing aquamarine water lapping up against the pindan soil of Outback Australia. Why had I never been here?

As the Virgin Blue flight bounced onto the tarmac, my brain synapses seemed to be aligning in one heightened moment. An idea lit up my brain, like a child on red cordial: Australian Traveller. A magazine for those who’ve travelled the world but not their own backyard. People like me. I was electrified by the idea.

I pitched the idea to my flatmate Nigel the night we returned from Broome. He asked one question: “is the web address available?”

We spent the next six months having a few hundred beers and trying to figure out why people smarter than us had not yet sold their houses to fund the launch of a domestic travel magazine. I could tell you why now. It’s a lot of effort.

In what could be considered a miracle, we launched the magazine 25 May, 2005. We were mates, and now business partners.

On that day the Aussie dollar was buying 76 US cents, John Howard was two years away from Kevin ’07,Australia had held the Ashes for 16 consecutive years and Gwen Stefani’s Hollaback Girl was on top of the charts. Social media was studying journalism at a uni with a decent student bar.

The launch was crazy – we never expected to get death threats. Someone hated us for publishing ‘the 10 ugliest towns in the country’, so much so that they emailed, promising to kill us if they lost a single booking! I was touched they thought we were so powerful.

Readers loved the magazine. Australia as a destination was resting on its post-Olympic and Rugby World Cup bottom whilst Kiwi luxury lodges were the hot topic in antipodean travel.

We were also lucky to have some powerful friends, with former Deputy Prime Minister Tim Fischer being our founding columnist. True to his great passion, almost every destination featured by Tim in two years of columns included a train somewhere.

His role as Chairman of Tourism Australia at the time helped. Having a beer after we published issue #4, Tim was his usual honest self. “Congratulations boys, that’s three more issues than anyone ever expected.”

We followed that up with our first Outback issue, another cracker sale – and the first time I had returned to the countryside that had inspired me into this crazy venture. Shooting the cover on the Mundi Mundi plains, I felt I was living under ‘the big sky’ for the first time.

That year, a lot of relationships started and ended. The English girlfriend decided Australiawas a great place to visit but ‘old Blighty’ was probably a better place to live. I didn’t agree, but was in love with other things soon enough.

I had never met Aboriginal people who only spoke their native language until I went to Garma. At Cape Arnhem I was blown away and it dawned on me that most people’s mysticism is the same.

My new girlfriend didn’t like that I was out of contact for the whole 10 days, however. We moved in together when I got back.

For me qualia started a new era in Australian travel, the first world-class luxury lodge to take it to the Kiwis… And me. I took my now live-in girlfriend there eight weeks after the opening.

That stay wasn’t all smooth sailing. The activities guys had dropped us off for a romantic picnic on our own beach, but forgot to bring the picnic, the umbrella or water… let alone any champagne. The staff arrived just when we started to think panic would be the only solution.

My live-in girlfriend cried when we left qualia. (“I’ll never ever get to stay at a place like this again.”) We went back for five nights on our honeymoon. She didn’t cry when we left that time – we were headed for Longitude 131.

True to my reformed travelling self, our entire honeymoon was spent in Australia.

Since that moment, Luxury Lodges of Australia have become all the rage. I took my wife to Wolgan Valley Resort & Spa the day after our first son was officially conceived via IVF. She declared it the greatest bed she has ever slept on. “Even better than qualia.”

Now when I meet people and they ask, “How long have you been at Australian Traveller?” I only ever say, ‘from the beginning’.

They immediately want to know my favourite place. The answer is always the same. “Depends.”

It depends on what you like, what you want and how you like to travel – for there is only one certainty, as far as I can see. That around every corner I’ll be surprised and delighted by yet another piece of this amazing country.