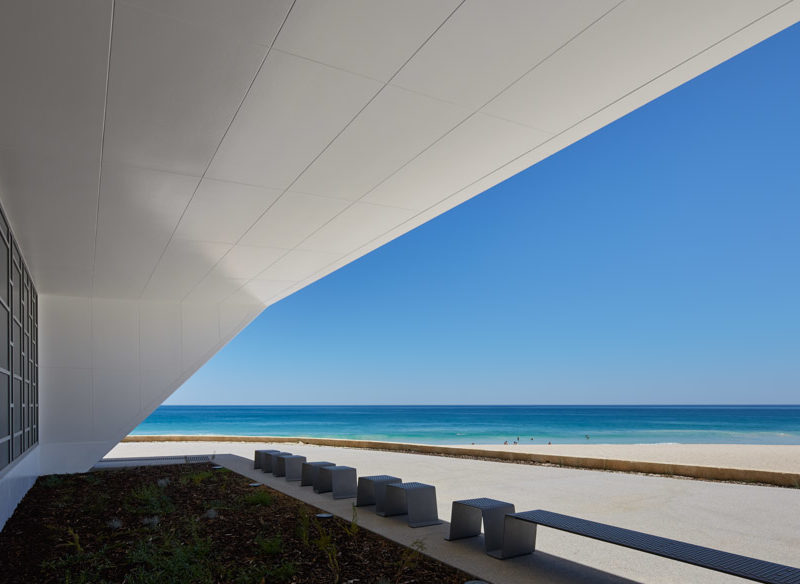 Australia’s beloved surf clubs are having a makeover, one divine architectural design at a time. Out with the red and yellow and in with the cool whites, raw natural woods and sleek steel.

Here, our our favourite five from across the country. There are a lot of great clubs out there for your R&R, so get your country club membership now.

One of Australia’s most famous surf clubs for more than 100 years underwent a rebuild in 2013 and is now being dubbed ‘The Opera House on the Sand’. The new four-level building boasts an exterior of curved lines and is clad in mottled Trencadís mosaics that sparkle in the Sydney sun. The facility includes a gym, sauna and two function rooms with panoramic beach views, as well as a courtyard, bar and members’ lounge. northbondisurfclub.com

The recently completed St Kilda Clubhouse replaces the 1970s surf club in Melbourne’s famous beachside ’burb. With a function room, training space and terrace area that extends onto the beachfront, the new clubhouse has been built with an environmentally conscious design and echoes the rebuilt Stokehouse next door.

Located in one of NSW’s much-loved sleepy beach towns, this state-of-the-art building was awarded ‘best public building’ at the 2016 NSW Architecture Awards. Described as quintessentially Australian, the Kempsey Crescent Head Surf Lifesaving Club’s façade was inspired by the soft colours of pipi shells with its pastel-glazed bricks completely engaging with the coastal environment. crescentheadslsc.com.au

Treated as a sculptural element, the new build of Devonport Surf Club in northern Tasmania comprises two pavilions (one for the surf club, the other for the restaurant and cafe) with aluminium sheeting lining the roof, said to represent the rise and fall of the tide. Its outdoor space has also won a landscaping award for its family-friendly facilities including a playground, barbecues and public plaza.