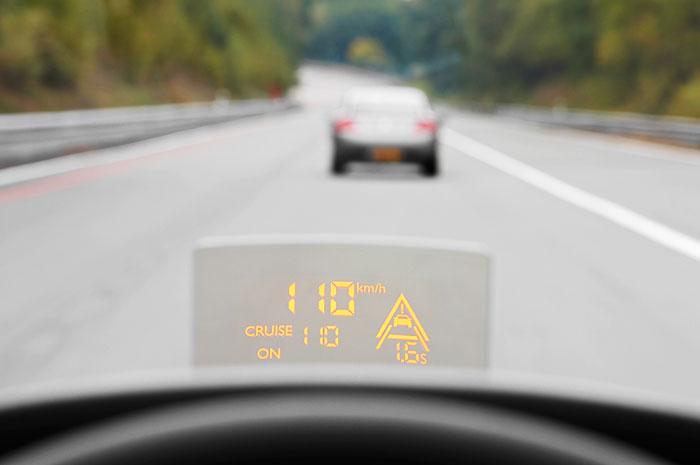 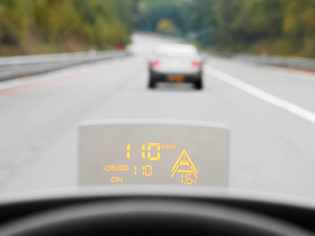 Quentin Long takes the latest Peugeot for a spin without his fearful wife.

My wife hates my driving. Even on the shortest drive she will slam her foot down where the brake pedal should be. It’s as if a magnet has suddenly been engaged and her right foot is pure lead. No power in the world can stop that foot slamming into the foot console of the passenger seat.

On longer journeys it’s like she has electrodes in her seat. She jolts like Peter Garret dancing in the passenger seat at every perceived danger on the road. It’s exhausting for her and distracting for me. So it really makes me more dangerous and yes it is all her fault.

I love the drive from Albury to Dinner Plain not just because she is not there and I can engage my own driving style but I think we have solved the problem. The Peugeot 3008 has one key feature no one else has – a pop up display registering the time between me and the car in front. They call it a “head up” display with “distance alert.”

Peugeot launched its first home made SUV with much fan fare. A large entourage of journalists gathered at the Albury Convention centre (yes they have one) to drive one of the great roads of Australia, the Great Alpine Road, to Dinner Plain. The road is a wonderful stretch through the most picturesque part of Victoria.

Peugeot is a car company I like, For starters they have been in business for 200 years, long before the motor car was invented. The started in steel bones for lingeries, yes how French. And today their pepper mills are still head and shoulders the best ion the world.

Their motor cars have never had such high esteem.The 3008 is an SUV but not  a 4 wheel drive. It’s a comfortable high riding version of the 308. For Peugeot lovers (and there are loads of you out there) it’s probably the car you’ve been waiting for.Beautiful Gallic internal finishing, enough room in the back for the kiddies and optional DVD displays on the headrests help make this a smooth and comfortable ride. I can’t help but laugh at the Frenchness of the car – a removable Ash Tray takes up one of the drink consoles. Of course you will spark up a Gauloises, give the kids their headphones and turn on the headrest DVD.

They swear the reliability issues are a thing of the past and it looks quite nice too. Fairly squat and muscular without being too blokey.

As for its driving, well it is French so perhaps a little weak around the corners and spongey in automatic. But it’s that head up display that rocks my world, making the trip THAT much safer as I say goodbye to peering into ‘clock like’ speedometer displays.

I drove that car hard into Dinner Plain and can totally recommend it. Would I buy it? I’ll come back to you on that. First, let me tell you about Dinner Plain.

It’s a curious village high in the Victorian Alpine Region. The buildings are all painted a camouflaging grey green similar to the surrounding gums so you never quite now just how many building there are.

We kit down at Rundells. Everything you would want in your Alpine lodge. A warm large fireplace and round bar filled with loads of lounges. There’s room for everyone to either cuddle or talk in the moody lighting. With the motoring jounrnalists  there is definitely no cuddling but a whole load of self aggrandisement and out doing each other on their in-depth knowledge of car mielage, specs, types of suspension and engineering that is of no use to anyone outside the profession.The exposed grey stone walls enhance the lodge experience. The restaurant is quite good and as the waiter tells us they have two deliveries of fish a week. Just make sure you know which days before you tuck into the snapper

The next day, refreshed and ready to take on the world I thrash the 3008 down the hill and put it though my own paces to get a verdict.

This is not a car for me. I love the head up and European finishing. But it’s a little spongey. For others the flaw is no spare tyre in certain models. That doesn’t mean a Peugeot would never end up in my driveway. My wife would love this car.

The folks at Peugeot are taking on a whole host of different cars in the crowded space.  The Nissan Xtrail, Toyota Rav 4, Hyundai ix35, Honda CRV and the VW Tiguan are a few competitors.

Without going into the full price benefit matrix, here’s how I see it:

I hate the Honda CRV. It’s not because my mother-in-law drives one, I quite like her. It’s just such an ugly car driven by people who lack imagination (except for my mother in law). Do yourself a favour and look at something else – like the 3008.

If you were thinking of the Hyundai ix35, stay there. You, like me, are too cheap to part with that amount of cash for a car with little demonstrable improvement.

If you were looking at the Tiguan, don’t bother. You’re too Germanic and will not appreciate the idiosyncrasies of the French.

If you’re rusted on to the reliability of the RAV 4 give up, it’s getting tinnier and tinnier and it’s time to try something new.

As for the Xtrail, see the CRV.

When comparing cars make sure you compare two wheel drive versions as the 3008 is 2wd only.