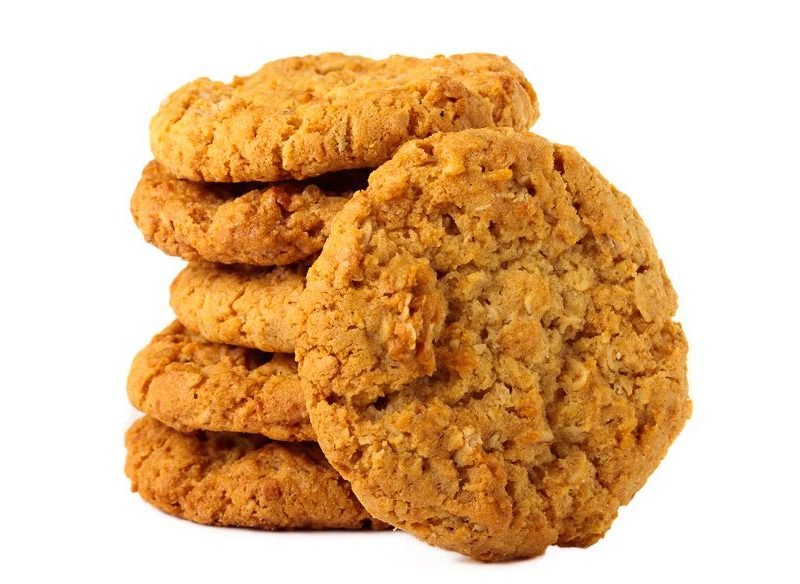 Experience No.063 in Australian Traveller Magazine’s 100 Greatest Australian Gourmet Experiences.
This honest, quintessentially Australian biscuit is a surprise gourmet inclusion for some. Some of the panellists absolutely loved them; others were not so keen.

“An important and iconic link with our heritage, especially for what is still a very young country.” – Alla Wolf-Tasker

Made by women for their men serving in the WWI trenches, the brittle treat was designed to last the long boat journey to Europe. Where lesser baked goods would have failed, stale and crumbly are not in the vocabulary of the ANZAC biscuit.

Best slightly moist and without the six-month shipping period, the ANZAC still did its job. We won’t say whether it was the men’s brute strength or the instant sugar hit that is a mouthful of your average ANZAC biscuit, but the war was won and the rolled oat and golden syrup concoction forever immortalised.

Glorious beginnings have served this treat well. They might be half New Zealand in origin but, along with the Pavlova, Australians have claimed the biscuit as our own. An ANZAC Day isn’t complete without a plate of homemade, hand-rolled ANZACs.

But for the final recipe details we defer to Maggie Beer: “MUST be made with butter.”

Where: Visit the Australian War Memorial website for a great recipe, www.awm.gov.au

Did you know: According to the Australian War Memorial, the biscuits were often so hard soldiers gave up trying to crack them with teeth, instead grinding them into porridge.