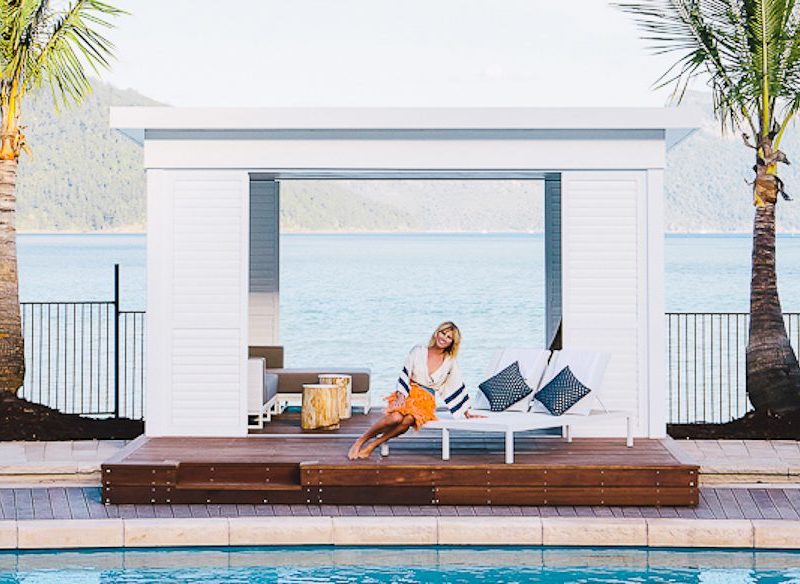 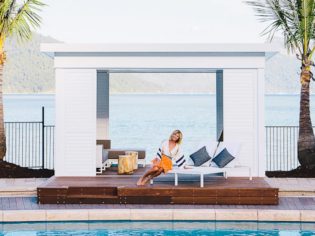 It was 1999 when two Queensland girls launched a small jeans label in Sydney. Fifteen years later, the pair have left an indelibly Australian imprint on the international luxury fashion industry (and reinvented the average jean zip-length in the process). sass & bide co-founder Sarah-Jane Clarke talks to Georgia Rickard about one very Australian journey

Let us, for a moment, take stock of Australia’s fairly impressive reputation for success. We make great wine. We can act. We can even manage to win the odd Olympic gold… in winter. For a population of our size, some ridiculously miniscule fraction of the world’s many billions, it would not be unfair to say that Australians know how to punch above their weight.

But when it comes to fashion, we’ve always… lagged a little bit. Major disadvantages like the more-than-20-hours’-flight-time to the globe’s major fashion capitals; the diametrically opposed seasons; our sheer physical distance from the well-oiled machine of red carpet endorsements are against us, admittedly, but similar challenges have existed in other industries, haven’t they?

Until a couple of decades ago it was, perhaps, the obvious conclusion to draw that maybe most Australians just weren’t that interested. Let’s be frank (after all, that is a very Australian thing to be): the art of fashion might be just that – a wonderful, expressive form of art – but the hangers on, the associated pretensions… those aspects of the industry have long been at odds with the straight-forward, no-bull candour so highly prized by our antipodean culture.

I am sitting in Sarah-Jane Clarke’s suite, all-important champagne in hand (it’s been a long day), when I put this contrast to her. Outside, descending in a series of pink and yellow exclamation points, the setting sun marks the end of our second day shooting the Australian Traveller cover; in hair greasy with product and a face shining with moisturiser, Clarke looks as tired as I feel (though, truth be told, she is still far too attractive to really wear that label).

In the room next door, her three boys are unusually quiet, absorbed in the dual allure of room service and television; the suite is sprinkled with clothes (hers) and toys (theirs). For someone so often upheld as a global fashion influencer (Celebrity! Millionaire! Fashion icon!), it is a nice, normal scene. Then again, Sarah-Jane Clarke is – happily, refreshingly, surprisingly – just that. Normal.

Just a Queensland girl at heart

The easy conclusion to draw from that observation, though, is an obvious one: Clarke’s upbringing was as far removed from the sophisticated aggression of the world’s fashion capitals as you can get. Growing up in ’70s Queensland, she spent “a lot of time” at North Stradbroke, South Stradbroke, Fraser Island and Moreton Island. “We used to go camping at Fraser for three-week stints,” she recalls.

“Mum and Dad would set us up over there and Dad would go back to work, so Mum would have us three kids and we would live very simply. Camping, cooking, burying eskies under the sand to keep them cold, bush pigs, dingoes… I mean, we really had it all.” She pauses. “I think that’s probably where my soul feels most at peace, actually. Where the bush and the sea meet. I love that landscape.”

The fact that she chose a childhood friend and fellow Queenslander, Heidi Middleton, as her business partner probably didn’t hurt either.

“We’ve never been fashion followers,” Clarke admits. “I think that might have been the key to our success, actually. sass & bide’s whole philosophy on life has always been very Australian – the fact that we love what we do, but we don’t take ourselves too seriously. Australians know who they are and what they want to be, so they can be very motivated individuals, but they also have a great sense of humour, and I think we have the balance of what matters in life.”

The label’s story – a classic tale of rags-to-riches (“not at all, it was bloody hard work,” Clarke counters) – is a well-known one. After enjoying success selling customised jeans at London’s Portobello Markets during a gap year, the pair moved to Sydney in 1999, with plans of starting a local label. They began by sourcing the lowest zip they could find – a mere two-inches long; so scandalously low that manufacturers said, doubtfully, that attaching it to jeans wasn’t a particularly good idea – and began what Clarke calls the “two-woman show”, working “8am till 9pm, seven days a week” without any staff for the next two years.

It was worth it. The jeans sold like hotcakes. Still, the pair had bigger plans. In a move that Clarke calls “beautifully naïve”, she and Middleton packed bags filled with designs from their fledgling label and went on a “travelling roadshow,” traipsing the streets of New York City with their suitcases trailing behind them.

“Most designers would be in their car, or at their sales agents, but we…” She laughs, lost in the memory. “We were determined to personally meet every editor and buyer we could.”

Then came the instant that changed everything – one of those Crocodile Dundee-type moments that script writers fall all over themselves for.

“I didn’t watch Sex and the City, so I wasn’t really in tune as to who Sarah Jessica Parker was,” says Clarke, “but Heidi did. We were walking back from a sales appointment at Barneys with our suitcase full of things, and there she was, filming in the streets…”

They decided they needed to give her something: the jacket Clarke was wearing.

“So we went over to the security guard and said, ‘We are designers from Australia…’”

Parker went on to wear a full ensemble on her show. Suddenly, sass & bide was the Next Big Thing. It would be easy to imagine that, once elevated to a playing field Australians don’t often get tickets to, that one might – shall we say – start to get tickets on oneself.

“Well, yes, I hear that all the time,” she responds, “but to be honest, I have never…” She pauses. “There are probably some less desirable people in the industry,” she concedes.

“But I think it depends on who you surround yourself with. I’m surrounded by very real people, especially my partner Daniel and my parents, and even though they are very proud of my achievements, they’ve always ensured I check in with my spiritual side. And our philosophy has always been to work with like-minded people. There are some really beautiful souls out there, who are really just in it for the passion of what they do, and who don’t get too involved in all the extra hype.”

Is that what she’s done – avoided ‘the extra hype’? What about the two-million-odd images of her floating around in cyberspace, looking glamorous at all those fashion, darling-type parties?

The cure for egomania

She smiles. “We’ve always tried to balance ourselves one foot in, one foot out,” she concedes. “But the Australian way doesn’t lend itself to inflated heads and egomaniacs. Plus” – she gestures at the toys on the floor – “having children doesn’t give you much time to get carried away in your success!”

There has, by the way, been some serious success – more so than the average Australian might appreciate. A decade’s worth of invitations to (and consequently, hugely successful showings at) the fashion weeks of both London and New York. The requisite celebrity endorsements (Kate Moss, Beyonce; even Madonna – a big deal whether you care particularly for celebrity, or not).

There have been numerous and repeated appearances in all those apparently important lists, like the BRW’s annual Young Rich List. Perhaps most outstandingly, though, is their commercial success – arguably the greatest level achieved by an Australian label of their ilk, and one that has culminated – despite a local landscape of peers’ companies’ collapses – in their latest, most controversial move of all.

It was 2011 when Clarke and Middleton first decided to sell off shares of the company (Myer purchased a 65 per cent stake for $42.25 million). Then, two weeks before this edition went to print, the pair announced publicly that they were parting ways with the brand entirely.

No doubt it was a choice that took some time to make. “Being involved in sass & bide was like being on a ferris wheel,” agrees Clarke. “Exciting and colourful… but endlessly rotating.

“Now that I’m off the ride, for the next six months I’m going to be selfish, take some time to breathe and just concentrate on my health and wellbeing. I want to enjoy my boys, finish those jobs on the bottom of the to-do list – those ones that never get done – and just appreciate the beauty that surrounds me.”

It’s hard to resist finishing this article with the usual fairytale-style conclusion: girl from the bush ends up conquering, then gracefully departing a global industry, and riding off happily into the sunset. In a sense, though, that’s a little how things seem to be.

“We live in this unique place where dreams can be achieved, in a culture that’s open-minded and exploratory,” she says, by way of answer. “Our landscapes have so much to offer as well, particularly for young minds.” She gestures in the direction of her boys, still quiet in the room next door. “Right now, we have a real hunger to explore more of Australia.”

She reels off her bucket list: Tasmania’s Overland Track; Kangaroo Island, exploring the Kimberley and Northern Territory; more time on Lord Howe Island, where she celebrated her 30th birthday, escaping to the Cocos (Keeling) Islands…

“We’re free to shape our future,” she finishes, and though I’m not sure whether she’s talking about her family, or her country, it doesn’t really matter. If there’s anything the sass & bide story tells us, it’s that her statement applies to both.