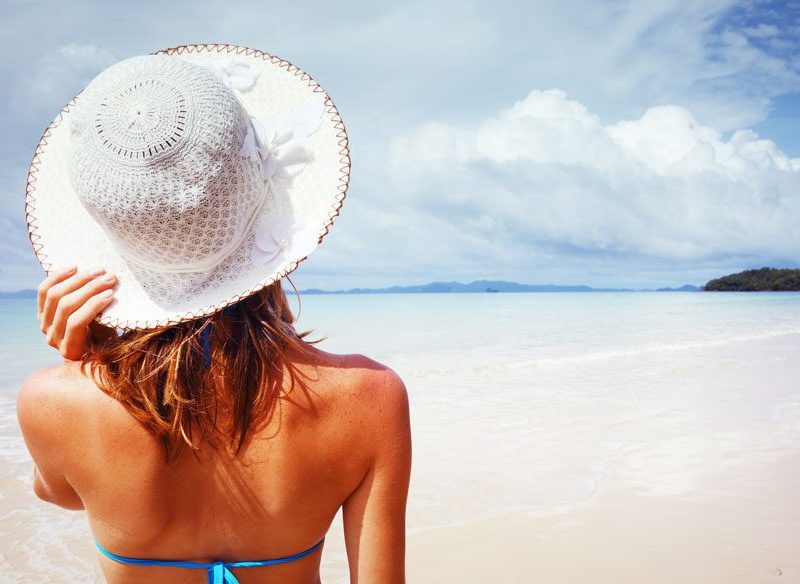 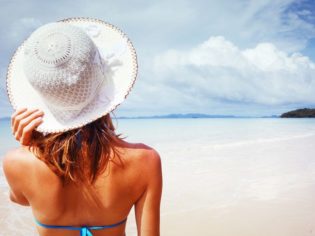 Party then relax in Byron Bay

The local council in Byron Bay is probably the most fiercely protectionist in the country, banning pretty much any development as they try to stop a mass migration to Australia’s most easterly town. In fact, it’s a wonder that colour TV was begrudgingly allowed to slip through the net.

If you’re after somewhere for a blow-out with a group of mates, but without being swathed in neon, there are few better places. Paradoxically, Byron is also very chilled out. Hippies roam the town like stray dogs telling people they’re beautiful, and the beaches are fabulous. For those considering heading up alone, it’s also a major stop-off on the backpacker circuit, which means that at any one time there’ll be thousands of people travelling independently who are fairly open to meeting someone new.

Take the ultimate road trip across the Nullarbor

The advantage of travelling without a family or partner in tow is that you can take on the areas of the country that are as appetising to them as a pickled herring, custard and chilli powder sandwich. The Nullarbor Plain, which covers much of the way from Port Augusta in South Australia to Perth in WA, is definitely one of those places. To some it’s awesome, mind-stretching, peaceful solitude; to others it’s abject purgatorial tedium. Either way it’s one of the ultimate road trips, whether as a bonding experience with whomever you can trick into coming along, or as a solo excursion to clear the head.

There are two routes available: the more scenic is along the south coast, where there are a fair few coastal towns to stop at; the more adventurous is straight through the plain, where it’s just spinifex and the occasional roadhouse until you get to the frontier WA mining town of Kalgoorlie.

One option is the Indian Pacific train (13 21 47 or www.trainways.com.au), on which you’ll at least come into contact with other humans. It takes 38.5 hours from Adelaide to Perth and costs from $309. To get the real deal, though, you need to drive it – in which case you’ll need plenty of time, plenty of fuel, plenty of water and more than one CD. The Nullarbor is one place you do not want to get stranded, especially with The Eagles on a constant loop.

Join the masses in Sydney

While many of Sydney’s attractions are rather overrated for the single traveller, you’d be hard-pressed to find a better city over Christmas and New Year. For a start, it has become a focal point for travelling orphans from across the globe on Christmas Day. Overstretched surf rescue teams (hundreds had to be pulled from the sea on December 25, 2003) have seen alcohol bans brought in on Bondi, Coogee and Manly beaches, but a we’re-going-to-have-fun-family-or-no-family atmosphere still prevails. As for the New Year’s Eve festivities, you’ll probably be sharing the harbour with more than a million others, so it’s a case of picking your spot; many are family-orientated, but some are less so. Embarkation Park in Potts Point is an excellent example – it has great views, live music and you can bring alcohol in.

Head to the Red Centre

The major sting of travelling alone – especially on an extended trip – is paying double price for accommodation. For a ten-day trip from Melbourne to central Australia and back, the price can get prohibitively expensive unless you rope someone else into sharing a room. However, some companies do cater for the singles market, and as long as you’re prepared to share a twin room with a stranger of the same gender, you’ll be able to get underway without needing to bother the bank manager. Solo Traveller ([03] 9859 9521 or www.solotraveller.com.au) is running a week-and-a-half’s jaunt to Uluru, taking in the likes of King’s Canyon, opal cutting in Coober Pedy, and wino heaven in the Barossa Valley on the way. It leaves on December 28 and costs $909pp.

If you’re looking for a more upmarket tour for single travellers, then Single Travel Connections ([08] 8293 6988 or www.singlestravel.com.au) is running a nine-day trip to Tassie from Melbourne. With guaranteed single rooms, luxury transport and quality meals that could sink many a sturdy ship, this isn’t the adventurous, stripped-back option. However, it does include many of Tasmania’s highlights, including Lake St Clair National Park, the penguin colony at Bicheno and the world’s longest single-span chairlift at Cataract Gorge. It’s pricey at $3285, and it can certainly be done cheaper independently. However, company is guaranteed.

Go on a surf camp

At least 80 percent of people have an image of surfers as no-good lazy wasters, happy to spend their days frolicking around in the ocean at taxpayers’ expense. The other 20 percent have actually tried it and are either doing it or are deeply envious of those who can. A few days off from work during the festive period offers the perfect chance to join that minority – although the whole long-blond-hair, excessively-slow-drawl-and-thongs thing is strictly optional. Surfing lessons can be taken all over the country – try Surfing Australia ([02] 6674 9888 or www.surfingaustralia.com) to find a local surf school. However, to make a proper holiday of it, get some serious practice in, meet new people and see some virtually untouched coastline at the same time, going to camp for a couple of days is far more satisfactory.

If you’re prepared to really get deep down and dirty with Mama Nature on the west coast, sleeping in a swag under the stars, try The Wedge Island Surf Company ([08] 9336 6773 or www.wedgeislandsurfco.com.au). Their two-day surfari to excellent beginners’ breaks 90 minutes north of Perth costs from $179. Another option is a five-day Sydney to Byron Bay (and back) surfing expedition. Waves Surf School (1800 851 101 or www.wavessurfschool.com.au) does one for $479.