The 100 Things To Do in Australia Before You Die Panellists 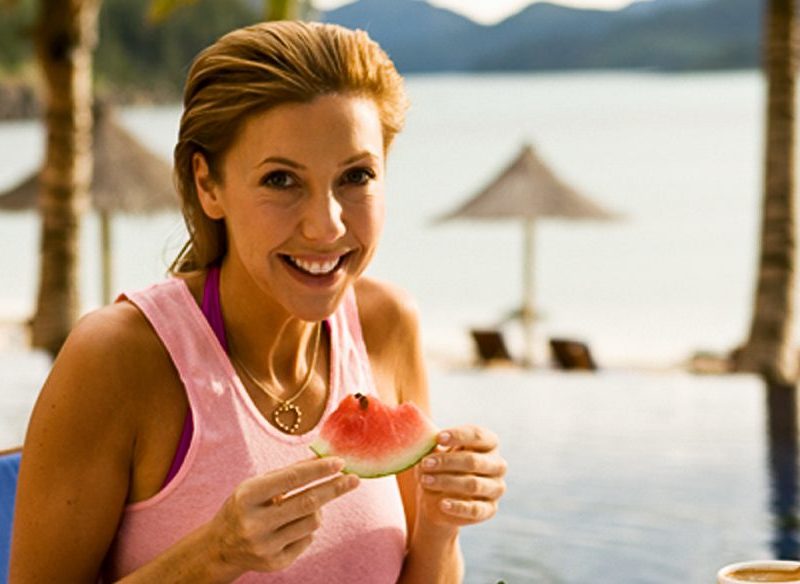 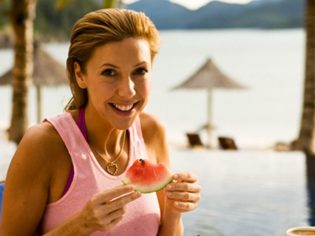 Nine expert voices, one gigantic country, 100 Things To Do . . . so if you’re looking for someone to praise (or, heaven forbid, blame), say hello to your panel of judges.

When Bill Gates visited Australia, he insisted on meeting two people in particular: the Prime Minister and Tony Wheeler, co-founder of Lonely Planet Publications. When Tony produced his first guidebook in 1972, Across Asia on the Cheap, he was writing about his own experiences and had no idea that Lonely Planet would come to publish more than 650 authoritative guides worldwide. Lonely Planet Australia is by far the best-selling guidebook in Britain, so who better to ask about Australia’s top spots?

For the past ten years, Catriona Rowntree has filled one of the most sought-after TV spots in the land, as presenter for Nine’s spectacularly popular travel programme, Getaway. Having visited hundreds of unique holiday destinations worldwide and given thousands of people the inspiration to “get up and go,” Catriona now shares her invaluable thoughts on the top places you should visit a little closer to home.

An English refugee, David has spent the past five years exploring the more bizarre corners of Australia on the grounds that he doesn’t much fancy going back to the constant drizzle of his homeland. As editor of backpacker mag British Balls, David has seen those bits of the country most Aussies have never heard of – many for very good reason – but his disturbingly extensive knowledge of obscure nooks and crannies makes him just the man to write our Detours and Diversions section each issue. And also to give us an important outsider’s perspective on the 100 Things To Do In Australia Before You Die.

Back in the mid-’90, AT’s consulting editor Suzi Petkovski was a naive tennis journo. Then she scored a guernsey to the World Tourism Games in Austria – the junket to end all junkets – and thought: “How long has this been going on?” Soon after, though, she joined Lonely Planet, which is to travel junkets what David Attenborough is to pole-dancing. Despite having received zero freebies ever since, she continues to potter and pay her way around Australia, finding even the Newell Highway endlessly fascinating. When not writing sport and travel, she grows (and goes) nuts in the Victorian High Country.

Travel writer/photographer John Borthwick is the author of countless articles, most illustrated by his own photos, as well as several collections of travel stories. His first journeys of youthful folly were hitch-hiking trips around Australia. He overshot the pier one day and found himself hitch-hiking on ships and yachts around the world, a diversion that accounted for a fair chunk of the ’70s. Since then he’s turned a taste for travel into the vice of a livelihood. He loves both the extremes and the relative tranquility of Australia. He’s also amazed at the stamina of foreign tourists who see more of Australia in ten days than some Australians manage in ten years.

Co-host of Seven’s Sunrise programme and one of the country’s most influential business and finance commentators, David Koch greets hundreds of thousands of viewers across the country early each morning, and yet manages to maintain a vigour and enthusiasm for pretty much any worthwhile project that comes across his radar. Opinionated, forthright and no-nonsense – yet with a keen and quirky sense of humour – David’s also a self-confessed sports nut, as well as a family man with a generous love of the Australian Outback, having travelled to many a bizarre location with family in tow.

Athlete, commentator, presenter, mother . . . Johanna Griggs is best known as the face of Seven’s Olympic telecasts, and as the always energetic and ever reliable go-to gal for both Better Homes and Gardens and Sportsworld. When she’s not delivering deft onscreen backhands to Jim Courier during her Oz Open Tennis coverage, she’s secretly very, very into betting on nags at the Melbourne Cup Carnival. She’s taken a quick break from her ridiculously sports-heavy schedule here to weigh in on the best in travel experiences that her beloved country has to offer.

One of the most trusted, well-respected and recognisable faces on the Australian media landscape, George Negus is currently presenting the SBS current affairs programme Dateline. He’s also experienced massive success as an author (The World From Islam and The World From Italy). George has lived both in the bush with his family and experienced seaboard Australian life, making him more than amply qualified to brief us on his favourite destinations.

Greg is the author of no books, but is the editor of this mag and has been zooming around Australia all his life, so for some reason feels that means he has something to contribute to this monumental project. While doing everything he can to help promote travel within Australia, he still can’t help feeling there are impressive things off happening overseas that he’s missing out on. This wasn’t helped by the fact that every time he tried to get Catriona, Johanna or Tony on the phone, they were (respectively) diving with seals in New Zealand, skiing in Turin and providing earthquake relief in Pakistan.