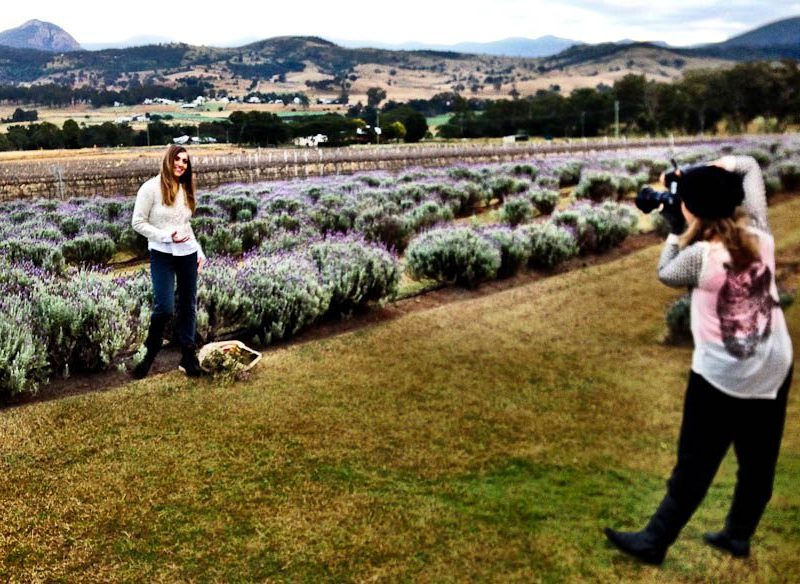 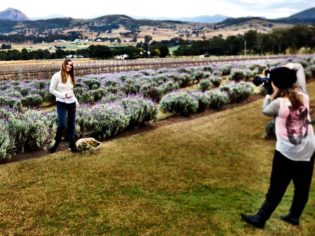 Georgia Rickard walks us through the stresses and the triumphs of the Australian Traveller magazine cover shoot; the most stress she will ever face as an editor.

One of the greatest feats of PR that magazine land ever accomplished was the idea that putting together a magazine is glamorous. (It’s not.)

Of course, there are moments – parties, red carpets, lunches and launches – where it’s easy to look around and convince yourself that in fact, yes, you have yourself an exciting, glossy, good-looking job. But like any thing else, the secret is hard work. And nowhere is that more true, than on a cover shoot.

In Australia, where magazines are sold partly by subscription but mostly on newsstands, the cover is by far the most important page of the magazine.

It’s what draws regular readers in, convinces new readers to stop and pick up a copy, reaffirms clients’ belief that they’ve chosen the right magazine to advertise in and promises interest and amusement and enjoyment before you even realise what you’re looking at.

Not surprisingly, it’s the page we spend the most time on. Every cover has to tell (and sell) a story of seduction. No pressure…

Many Australian magazines don’t shoot their own covers – or at least, don’t shoot all their covers. This has its pluses and minuses.

When you’re buying photos from an overseas library, you’ve got a whole range of images at your disposal that you wouldn’t otherwise be able to get your hands on, and it’s often the only way that women’s mags can get their paws on hard-to-reach celebrities.

On the other hand, you’re only limited to the images out there – you can’t go ahead and create your own. You’re basically pulling a rabbit out of the hat with each issue.

But we shoot our own covers and, to be honest, that’s exactly what it feels like for me, too! Once we’ve chosen a location – which in itself is a bit of a process, and I deeply thank Google Maps for its eternal assistance – it’s a matter of actually creating something beautiful.

At a minimum, there are four of us on each trip – a model, photographer, stylist, and director, with an optional hair and make-up artist – which sounds like a reasonably-sized team, but is nothing on the team size you would have seen on a shoot in times of budgetary excess. (Sigh.)

Still, a lot is invested into making it happen: plane tickets, car hire, taxis, hotel rooms, food and drinks, not to mention all the odd things I end up purchasing along the way: sunscreen (in Broome), three kilograms of red apples (last year’s food issue, in Berry), a bikini (well, I needed something to wear on Lizard Island), Chinese lanterns (seemed like a good idea for a prop at the time…).

Assuming we make it to our destination – and that’s not always the case (once our model missed her flight and only made it on another because her friend’s mum happened to be on duty for the airline that afternoon, another time we made it but our bags didn’t…) the stress begins.

Is the weather going to behave? Is this place going to be as pretty as I remember? (Assuming, that is, that I’ve actually been to this location before?) Will the area look good on camera? Will we find appropriate locations to shoot at? Will the model behave?

Unless I’ve cast our cover girl from an agency in Sydney, I often don’t meet our talent until she arrives on the shoot location, and it’s all you can do to cross your fingers and hope she’ll meet the brief in real life.

Models are human, so they don’t always look the same way they did in their folio – sometimes they show up weighing a lot more (or less), sometimes they have terrible skin, sometimes they’re not quite as beautiful as their shots promised they’d be.

Ah, modelling – now that’s a job with a false reputation. There’s nothing glamorous about it. You’ve got to pity the poor buggers, having to stand on rocks or sit on fences and stare directly into the sun and smile like they’re having the best time in the world. We always have to push the girls a bit harder on Australian Traveller shoots, too, because the last thing I actually want is your normal kind of ‘model’ pose – I want natural. Head back, mid-laugh, I’m-on-holidays-and-having-a-great-time kind of natural.

When you’re working with a professional who’s used to pouting and posing, that’s surprisingly tough to get. Out of habit, they always want to revert into Sports Illustrated Swimsuit Edition mode.

The biggest killer of all, though, is what happens when you take beautiful pictures with a fantastic model, who’s wearing a great outfit and has perfectly appropriate hair and is gorgeously made up, and you get back to the office and realise that what you thought would be perfect for a cover just isn’t right. It happens more than you want to know.

Sometimes it’s a shot better suited to a landscape-style rather than a portrait-style image, sometimes it doesn’t convey the message you need it to, sometimes it just doesn’t look… right. But let’s not talk about that.

On the upside, the sense of nailing it is amazing. That’s what happens when, having dramatically under-slept for several days, you make it home, collapse into a fishbowl of red wine on the couch and finally allow yourself to relax.

Cover shoots are without doubt, the most stressful few days of each issue, but they’re also the most rewarding. Assuming, that is, that they sell.