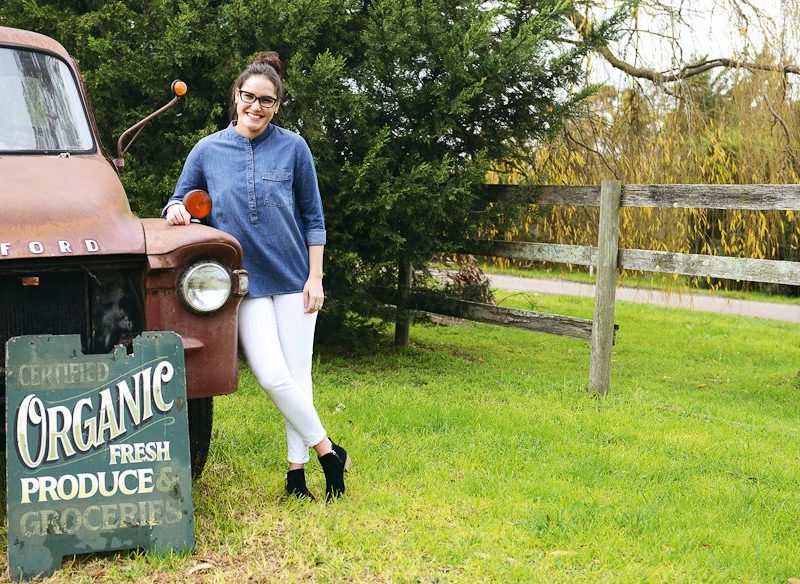 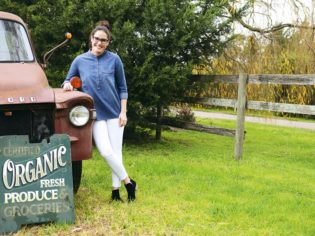 She may not have made it all the way on MasterChef, but that wasn’t going to stop Marion Grasby from taking on the world (words: Lara Picone, photography: Lauren Bamford).

Marion Grasby is describing her ultimate toasted sandwich with a great deal of animation and detail: “It has to be a dark rye walnut sourdough, but not heavy, you still want a bit of give.

Then a salted, churned, European-style butter. Followed by an Italian mostarda for a bit of sweetness, and an aged comté – no less than 24 months!” When it comes to building the perfect toastie, she’s worth listening to.

The MasterChef graduate-turned-international-business-owner proudly estimates her toasted sandwich consumption at about 700 units during a two-year stint working at an Italian providore in Adelaide.

The fact she’s taken the time to calculate this bit of trivia is typical of her encompassing love for food – she isn’t someone to deny the pleasure of carbs.

“When I come back to Australia, I’m sandwich obsessed,” she says, tucking into a meatball version at a Mount Martha bakery in Victoria’s Mornington Peninsula. “You just can’t get bread like this in Thailand.”

For the past three years, Bangkok has played home base for Marion as she’s set about building her successful food range, Marion’s Kitchen.

Her Asian-themed, make-at-home recipe kits proved so popular in Australia that Marion and her husband, Tim, set their sights State-side.

Now her products, bearing an image of the smiling cook in her signature glasses, can be found in 3500 stores in the US. From Thai to Sri Lankan curries and san choy bow to Singapore noodles, Marion’s Kitchen pumps out 150,000 kits each month to locations as diverse as Tamworth and Texas.

Considering the demand for her classic Asian meals, it’s somewhat ironic that a “claggy” satay sauce brought about her demise on a show that, in its second year, had kept an increasingly food-savvy Australia on the edge of its seat.

It’s doesn’t take a sharp eye to see why dedicated MasterChef fans reeled at Marion’s jarring elimination back in 2010.

Her culinary talent is obvious, but it’s her warm and genuine nature that pervades, even under the crafty edits of a competitive cooking show.

Gracious and intelligent, Marion’s post-show success couldn’t have been so complete were she not so likable.

She has nothing but kind words for her MasterChef experience and fellow alumni, fondly dubbing her one-time rival and Season 2 winner, Adam Liaw, “a legitimate genius”.

During our photoshoot, her grounded, self-assured manner is evident as we bundle a live and slightly perturbed chicken under her arm, and she handles it with aplomb (as does the chicken, to be fair).

“It’s funny because when you’re on the show, you don’t know whether people like you or not – you’re shut off,” explains Marion.

“I went in with all these things I wanted to do, but it’s all up in the air. You could be eliminated early and not have a profile.”

Once the curtain fell following the satay incident, Marion’s grace in defeat assured her a foothold from which to leverage her MasterChef experience.

Rather than wallow, sleeves were rolled and the very next day she began researching ingredients and producers.

The following week, she and Tim were Thailand-bound with a folder of her recipes tucked under arm. “I look back now and think, ‘Oh my god, that was the most naive thing to do’,” she laughs.

In fact, her path leading to that fateful satay sauce had equipped her with a particular set of skills needed to turn Marion’s Kitchen into the sustainable business she’d imagined.

Growing up in Darwin, surrounded by the region’s tropical produce and with a Thailand-born chef for a mother, Marion’s culinary inquisitiveness was nurtured from an early age.

Over the years, she flitted between Brisbane, Sydney, and Adelaide (where she devoured those 700 toasted sandwiches).

She collected a law degree, journalism degree, and a job as an ABC cadet along the way, but it wasn’t until she crossed paths with her wine-merchant, future husband, who exposed her to a world of food producers, that she considered earning a living from her passion.

Giving up a promotion at the ABC to study her masters in food and wine history, Marion performed a career U-turn, alarming friends and family in the process.

“When I quit my job to study food, people said, ‘Are you crazy? You have a law degree, a journalism degree, and a great job as a TV journalist, what are you doing?’” she says.

The gamble paid off once the MasterChef train arrived on the scene, no doubt putting an end to those incredulous questions.

After the train moved on and the dust settled, the next thing to arrive was a shipment of Marion’s Kitchen green curry.

“I said to Tim, ‘Holy shit! We have container-loads of green curry. If it doesn’t sell, we’ll be eating it forever!” she says as she throws her head back with the kind of laugh that only comes with hindsight.

Luckily, it’s not green curry forever, although it will probably remain a fixture in their lives as long as Marion’s Kitchen continues flying off shelves, which it seems set to do with the addition of some hungry Texans.

With an eye on the UK market next and a lot of work still to be done in the US, it looks like a homecoming for Marion is a little way down the track.

“I definitely want to come back to Australia, but right now it makes sense to be in Bangkok to keep an eye on production, and to be closer to the States,” she says.

“I take any chance I can to come back, though, even if it’s for a few days.”

Indeed, she has flown especially to Melbourne for a handful of days just to join our photoshoot, and not once have the words ‘tired’ or ‘jet-lagged’ passed her lips. Instead, she offers to get up as early as required to help wrangle the aforementioned chicken.

With a little help from mum and dad

Any disconnect from living away from home is smoothed thanks to Mum and Dad Grasby, who picked up and resettled down the road from their only daughter to lend their palates to the business.

“Mum helps me with the recipes. She’s quite bossy – like me. We argue a lot about the flavours. But my 80-year-old dad always has the final say; he’s really good, he can see the end picture,” says Marion.

With Team Grasby in position to keep it all on an even keel, we may soon see more Marion on our screens and our bookshelves but, first up, is a relaunch of the Marion’s Kitchen packaging.

“It’s a fresher me on the box,” she laughs, adding, “I don’t know what I’ll do when I get old and wrinkly!”

With such a dream business to pursue, it’s hard to imagine a furrowed brow appearing on the 32-year-old’s face anytime soon, and she concedes she’s well down the track in the pursuit of happiness: “If I’m still doing what I’m doing now in another five to 10 years, I’ll be one happy person. I don’t need too much more.”