The lost art of the postcard 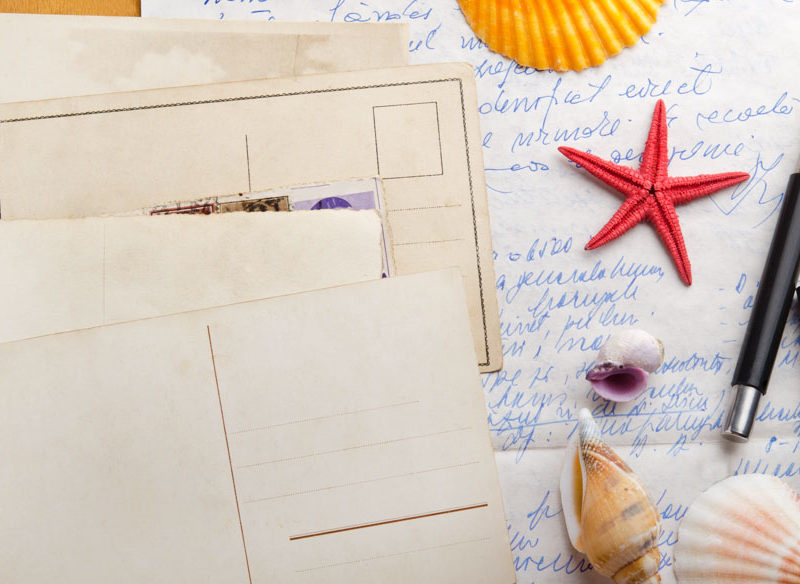 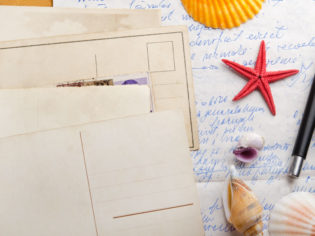 In a world of instant communication and oversharing, we long for the nostalgic act of sending a postcard by snail mail, writes Megan Arkinstall.

In 1895 The Sydney Morning Herald wrote, ‘In these degenerate days of postcards and typewriters, letter writing has become for many almost a lost art.’ Around 20 years earlier the NSW postal authorities issued the first postcard in Australia and they became the email or text message of the day.

People would use them to write short messages such as ‘See you this afternoon’ or to confirm meetings because, at the time, mail was delivered several times a day.

As years passed, messages became longer, despite the tiny writing space. During the two World Wars, postcards were used to send messages home; more than 900 postcards (decorative silk postcards were popular at the time) are held at the Australian War Memorial in Canberra.

When I was a child in the early ’90s, postcards were the chief way to share holiday stories with loved ones. Our annual family holiday was to Burleigh Heads on the Gold Coast; we would drive nine hours from our home in NSW – my Mum and Dad, two older sisters and me – listening to Madonna’s The Immaculate Collection or Roxette’s Joyride on cassette the whole way.

When we arrived, my parents would take us down to the local 7-Eleven store where we’d buy a Slurpee (the blue bubblegum flavour was my favourite) and some Gold Coast-themed postcards.

Nothing would beat the thrill of choosing the perfect postcard for each of my recipients; I would flick past the big-haired, hi-cut bikini girls (some sans bikini – oh my!) and choose something with dolphins or Dreamworld or the sparkly skyline of Surfers Paradise.

That night I’d sit in our holiday apartment and excitedly recount the day’s events to my Nan and Pop and some lucky friends, then copy their addresses from my address book (which I’d have on me, for this very purpose). And to be sure the postcards would beat us home, I’d pop them in the post box the very next day.

Fifteen years later, email was in and postcards were out. While on a three-month trip around Europe, I only purchased one postcard – a vintage one from Paris – and never put a stamp on it. Instead of heading to the nearest convenience store or market, I was paying €2 an hour to sit in an internet cafe.

Fast forward to 2016 and a string of holiday snaps posted to Instagram or Facebook is the way we now keep up-to-date with our friends’ and family’s whereabouts.

But, despite its convenience, some spontaneous words and a filtered selfie shared with a group (mainly made up of acquaintances, let’s be honest) is completely impersonal. Whereas a postcard was a conscious and thoughtful note sent to a few select and special people.

Being just a snapshot – not an entire chronicle of your holiday itinerary – the postcard created intrigue.

It was a challenge trying to fit in all the exciting things we’d done into the allotted space; I would always end up curling my last sentence around the address panel because Nanna needed to know that we had a barbecue after we played tennis and the next day we were going to Wet’n’Wild.

And can anyone honestly say that scrolling through a daily newsfeed is more enjoyable than receiving a colourful hand-written postcard in your letterbox? Not likely, especially when it’s sent from somewhere exotic… such as Ripley’s Believe It or Not!