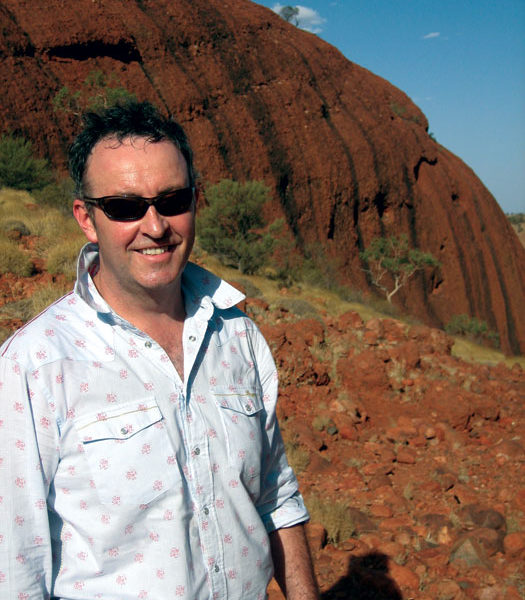 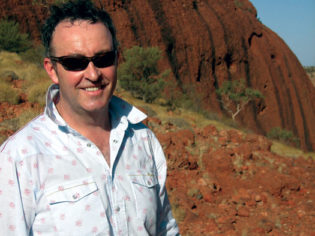 Chris Smith heads west to his favourite stretch of sand, receives a decidedly chilly reception in a Sydney bar, and finds a new way to camp out in style.

No wonder the outdoor stores don’t know about the recession yet. From what I’ve witnessed firsthand this year, the greatest stimulus package consists of the trusty tent – poles, pegs and all. And if it’s not your cup of billy tea, don’t put the Coleman on eBay just yet, because I’ve discovered a way of going camping, cheating, and loving it.

Take off this weekend to a place on Sydney’s Central Coast called Patonga. An Aboriginal word meaning “oyster”, that’s a dish which rightly matches the almost toffy experience. There’s no huffing and puffing on the knob of a blow-up mattress. Most campers elect to electrify their upmarket portable beds, complete with inbuilt deflation switch. Don’t worry about being invited to share a cold VB in the next tent, this is yuppie heaven; it was prawn wontons on ancient Chinese plates!

There may be a ban on open fires, which rules out the trusty billy can, but have no fear: 100m up the road are the best skim lattes on the coast. The campground is more like Sydney’s Norton Street or Melbourne’s Lygon Street on a Sunday morning.

And forget about the primitive camp grill, battling with sandflies and burnt sausages; the luxurious Patonga Hotel brings city cuisine to the bush.
This is cheap-as-chips camping with a little bit of guilt – but after the second dozen-plate of Patonga oysters, that vanishes into the moonlit sky. I’ll be back.

If I wanted to surround myself in walls of ice and freeze my bits off, I’d attack a halfpipe at Mt Buller. That’s my conclusion after visiting Sydney’s Minus 5 Ice Bar at Circular Quay recently. It was in the aftermath of a long lunch and birthday celebration, so it was destined for disaster from the start. The Ice Bar is one expensive frost; a smallish tomb of kitsch sculptures, frozen to a bar full of alcohol. Do not attempt this in the morning.

Maybe it’s the tourist precinct, or the high cost of NSW electricity, but entry fees slip up to $40-odd per person . . . and that’s just for a wander inside the ice-block and two rough cocktails.

What made me shiver more than the temperature was the wardrobe of snow-gear they required you to don. The boots, pants, gloves and coat with hoodie must have had at least 7000 grimy bodies inside them. Yuk. And the price of the Russian Mules we were conned into buying must have been the KGB’s idea of revenge against the West.

The concept was quirky enough for a look, but next time, if offered, I’ll seek the real thing and break a leg. Now there’s value for your buck.

It’s time to set the record straight on Australia’s best beach. I’m so sick of hearing about “heavenly Whitehaven” in the Whitsundays, or about how iconic Sydney’s crowded Bondi Beach is. Forget those. Go west, young man, to the magnificence of Injidup Beach in gorgeous Margaret River.

I’ve only been the once, but recently friends Rob and Kim returned from a wine, forest and beach odyssey there, and reminded me of where God goes to swim. There’s no contest. Firstly, it’s on the west coast, the only side of mainland Australia where the ochre sunset across the rolling waves makes a bad day brilliant.

Secondly, it’s seductively secluded, surrounded by national parks, crystal clear water and smothered at either end by colossal sand hills – and, yes, the view from the top does show that the Indian Ocean is forever.

And thirdly, if you really have to leave Injidup, there are Karri forests and Hamelin Bay nearby, Margaret River’s 60-odd incredible wineries, great food in world-class restaurants (think Leeuwin Estate) and some very sophisticated accommodation (think Cape Lodge).

And don’t leave without visiting Mammoth Cave. I’ve been inside three times now – that’s a total of 510 steps – and I can’t wait to return.

But first stop will always be Australia’s best beach, Injidup, as spiritual as it is unforgettable.

*Got a question or a comment for Chris? Email csmith@australiantraveller.com and tune in to 2GB 873 every weekday afternoon.