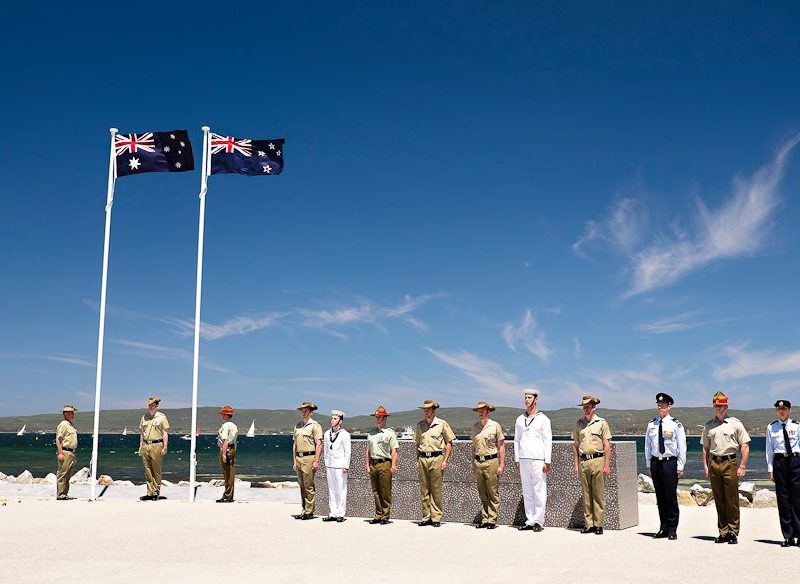 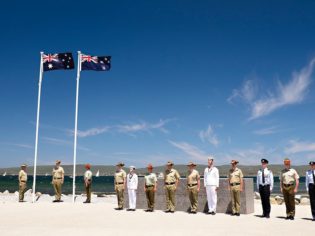 Constructed by returned First World War soldiers over 14 years following the war’s end, the Great Ocean Road could be seen as the world’s largest war memorial. Take in the memorial arch just west of Aireys Inlet and catch the dawn service on Saturday at Point Danger in Torquay.

Then head in to Melbourne for the many exhibitions being held: a display of archaeological finds from the Gallipoli battlefield (Shrine of Remembrance, Birdwood Ave, Melbourne); more than 350 wartime artefacts on loan from London’s Imperial War Museums (Melbourne Museum, Nicholson St, Carlton Gardens), and war propaganda, newsreels, advertisements and features from the early 20th century (Australian Centre for the Moving Image, Federation Square).

If you’re not making the trip to Gallipoli, this is the next most traditional way to mark the day. The Australian War Memorial has been commemorating the centenary of the First World War since last year, but of course ANZAC Day is probably the most important day of that commemoration.

Anzac Day commemorations in the Nation’s Capital begin on the evening of Sunday 23 April with images of Australia’s service men and women being projected on the Memorial building. These projections will run until the commencement of the Dawn Service on Tuesday 25th April.

On Tuesday, excerpts from the letters and diaries of Australians who experienced war firsthand will be read aloud by a representative from each of the armed forces from 4.30 am.

At 4:55pm the Last Post Ceremony will commence in the War Memorial’s Commemorative Area. All members of the public are welcome to attend this special ceremony.

A one-off celebration held concurrently in seven cities, this is a chance to sleep out under the stars in a digger-style swag in a huge display of ‘mateship’. Be entertained by special guests, documentaries and films, and rise along with your newfound friends for dawn service on ANZAC morning in Sydney, Adelaide, Melbourne, Perth, Brisbane, Hobart, Auckland. Camp Gallipoli is sounding pretty special.

ANZAC Day falls on the last day of the eight-day Angel Flight Outback Trailblazer 4WD event in Winton – so you know spending ANZAC Day here will inject plenty of larrikin into proceedings. Along with the dawn service and march, highlights include breakfast at the local RSL; the Aussier-than-anything Waltzing Matilda Centre; an impromptu singalong with the pianola at the North Gregory Hotel, where the song itself was first played; and finally ’40s-era big bands will swing Winton’s Shire Hall so you can party like it’s 1945.

The birthplace of the dawn service, and the last sight of Australia many soldiers had as they set off for war, Albany has a full and fascinating plan to commemorate ANZAC Day this year. More is happening than can be listed here, but events include parades, a ‘gunfire breakfast’, music and poetry tributes, concerts, screenings, re-enactments, storytelling, yacht races, a football match and race day on top of all that. The town square will be transformed into a 1915 time capsule over the ANZAC weekend, and of course all of Albany’s sights such as the National ANZAC Centre, Pier of Remembrance, Princess Royal Fortress Military Museum and Forts Museum make a trip here absolutely worthwhile. See Anzac Albany