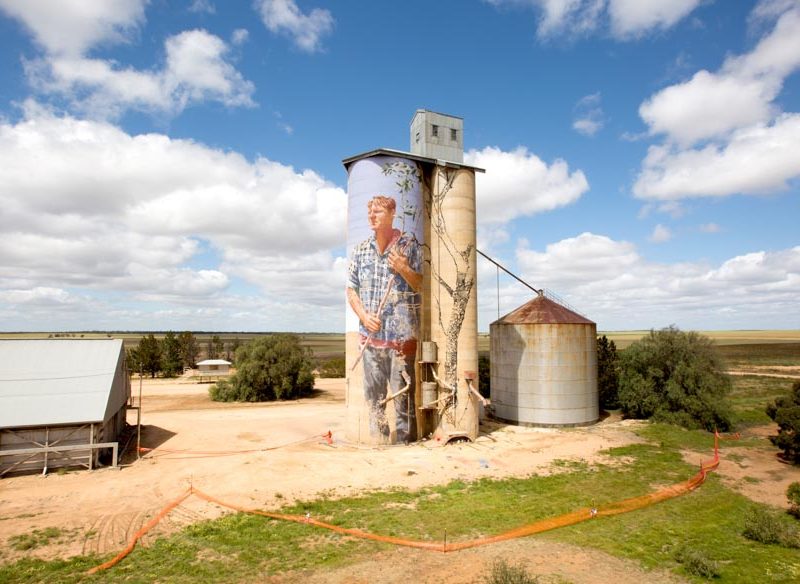 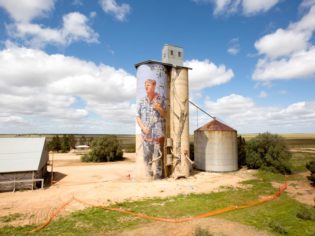 Find Port Fairy passé? Broome boring? Is Seal Rocks so last year? Then you, trend hunter, will want to take note. From the next Mudgee to tiny towns big on art and your new favourite foodie destination, we have these places pegged as the next hot ticket (so get there before everyone else does).

Swaddled by national park and with its iconic Blue Pool (just quietly, we think it could bump Icebergs from its popularity podium if it was closer to Bondi), our soft spot for Bermagui is growing larger by the day.

The pretty seaside town on the Sapphire Coast is experiencing a swell of new cafes and restaurants to complement its already undeniably beautiful natural assets, like Camel Rock and Wallaga Lake.

Head to Long Time No Sea, which opened in December, for brunch with an unbeatable view over Cuttagee Beach or book ahead for an intimate fine-dining experience on Thursday, Friday or Saturday evenings.

“Bermagui has just evolved so much since I moved here seven years ago… but it’s still so simple and it keeps you in touch with what’s important in life,” says Timenah Hunt of Gulaga Organics.

2. No longer under lock and key

It could be one of the prettiest towns with an infamous criminal record.

And now the Beechworth Gaol – which once held Ned Kelly – has been promised a more glamorous life ahead after a consortium of locals and investors banded together to buy it last year.

While it’s set to become a centre of excellence for young entrepreneurship and a hub for the cycling groups that whorl through Beechworth, new cafes, a co-working space and accommodation are all on the cards.

For now, guided tours of the gaol will take you back to the Kelly Gang days.

The Yorke Peninsula is a finger of land with Innes National Park at its tip, and looks a bit like Italy’s boot.

Walking is one of the best ways to explore this coastal frontier.

Walk the Yorke is a 500-kilometre collection of trails stretching from Port Wakefield to Moonta Bay, a once-booming copper mining town that now lures families with its waterfront Splash Park and homemade Italian gelato.

“People will drive from Adelaide for the day just to have a gelato.

The sorbets are very popular, too. We have our own orchard, so we can we use our fruit,” says Janette Martino from the Coffee Barn & Gelateria in Moonta.

When Brisbane street artist Guido van Helten transformed the towering decommissioned silos in the small country town of Brim, none of the locals could have predicted what an effect it would have.

Curious travellers came flocking, a car park was formed in front of the silos and the news reached international shores.

Now, the Wimmera-Mallee region is well on its way to becoming Australia’s largest outdoor gallery with a new art trail stretching 200 kilometres and linking some of Victoria’s smallest towns.

With artworks on silos in Patchewollock and Sheep Hills since the Brim makeover, Rupanyup, Lascelles and Roseberry are next, leading to the culmination of the official Silo Art Trail in July – aka a damn good reason for a road trip.

Where: The Scenic Rim, QLD

Technically a cluster of towns, this produce-rich region – one hour’s drive from Brisbane or the Gold Coast – also dishes up six national parks, so eating and exertion come in equal measure.

2. Olives from Rathlogan Grove in Rathdowney.

6. Emerging out of Margaret River’s shadow

Twenty years ago the first truffles were planted at The Truffle & Wine Co.

In Manjimup, just over 300 kilometres from Perth.

Today, the region offers a bounty of produce, truffle hunts and the annual Truffle Kerfuffle festival.

What to do when we’re in town.

All the locals have a soft spot for Fonty’s.

While you’re here… Go canoeing at Big Brook Dam or follow the bike trails in the Pemberton area, just down the road.

7. Go now before the crowds

With word that the trip to the tip could be paved in bitumen by as early as 2020, getting properly off the grid will be harder than ever.

So now’s the time to plan your Cape York adventure.

New boutique operations like Adventure Australia Treks & Tours will take you on the back roads, or you can join a tag-along if you’ve got your own wheels.

8. You’ve been to Mudgee, so what about…

Sydneysiders who can sniff out a trend 300 kilometres away are driving to Jugiong, on the banks of the Murrumbidgee River, just to eat lunch at The Sir George.

Opened in December after a nine-month renovation of the 1852 pub (which had been in the same family for 165 years before the handover), the chic venue houses a restaurant, sourdough bakery and beer garden, with heritage-listed Cobb & Co. stables accommodation coming at the end of this year.

With a cafe and cooking school, The Long Track Pantry, next door and the Curators Collective just up the road, we’re sensing a hint of Newrybar in the Riverina, especially with its position just off the Hume Highway.

With tickets sold in record time for this year’s Cygnet Folk Festival – which has been running since 1982 – buzz is building around this hippie enclave, one hour from Hobart.

It’s always been a magnet for creative types, but there’s an undercurrent of change afoot.

“There is a bit of foodie culture that’s coming into town, there’s a wood-fire bakery that’s opened up just next door… and there are lots of small, vegetable growers and producers around,” says Joe Pickett, co-owner of vegetarian cafe The Velvet Lounge.

As well as luring surfers to its consistently quality waves, Yals (as it’s affectionately known) is an art-lover’s paradise.

Yallingup Galleries is the obvious first port of call but you can also pick up some amazing local art at the markets, and follow the arts precinct along Marrinup and Gunyulgup Drives.