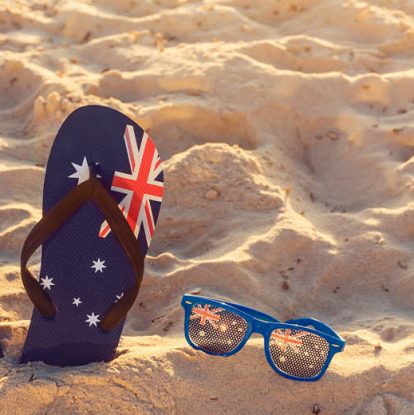 A foolproof guide to Aussie slang

Here are some useful words and phrases to help you navigate Australia’s unique take on the English language.

What Australians call themselves; the ‘ss’ is pronounced as ‘zz’

An outdoor grill on which prawns, steak and sausages (snags), and even fruit are cooked. 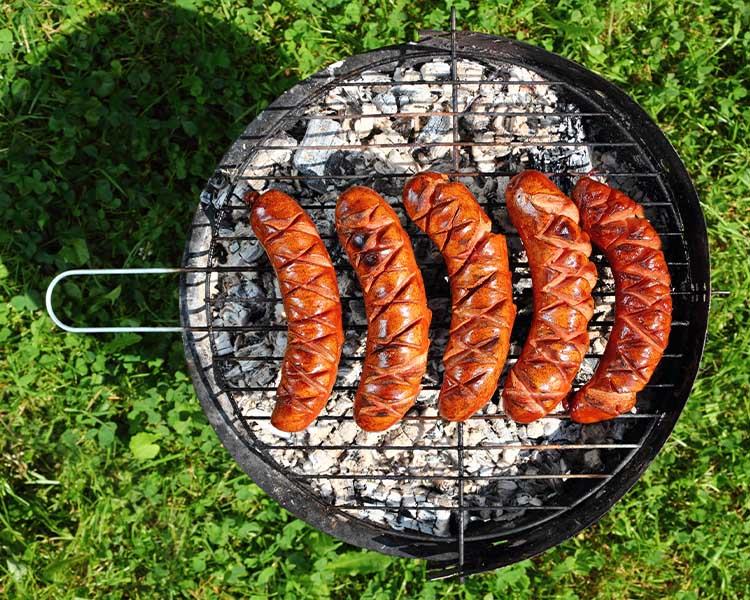 A “barbie” or outdoor grill.

Great; “That’s a beaut hat you have”

A popular form of greeting; an abbreviation of “good day” used in place of “hello”.

The mystique and meaning of ‘mate’ to Australians is enormous; it’s used to refer to friends and strangers alike and implies a level of friendship, inclusion and egalitarianism that goes to the heart of the Australian culture and national identity.

No matter if you choose a middy or a schooner, an Aussie beer promises to quench your thirst. 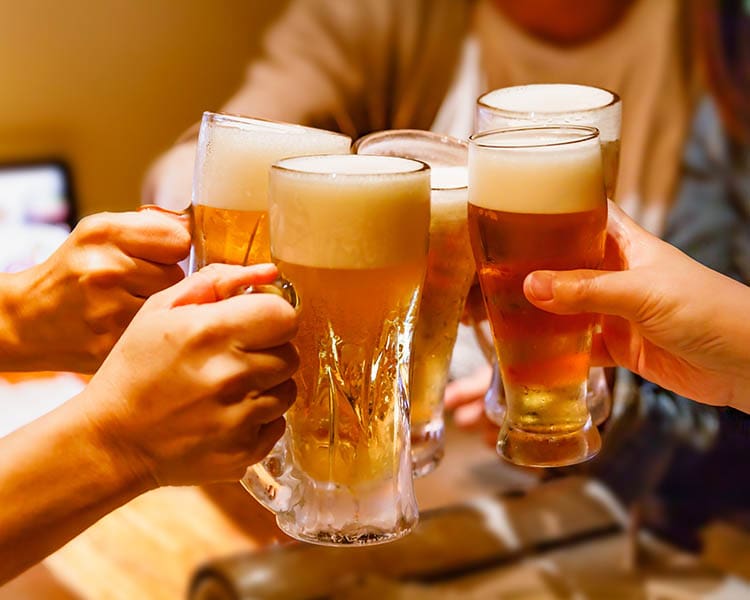 Up for a middy?

A general response to being thanked; “no problem” is also popularly used.

Genuine, honest or authentic; “That’s fair dinkum amazing” or “Are you fair dinkum?”

Afternoon, as in “See you this arvo”. 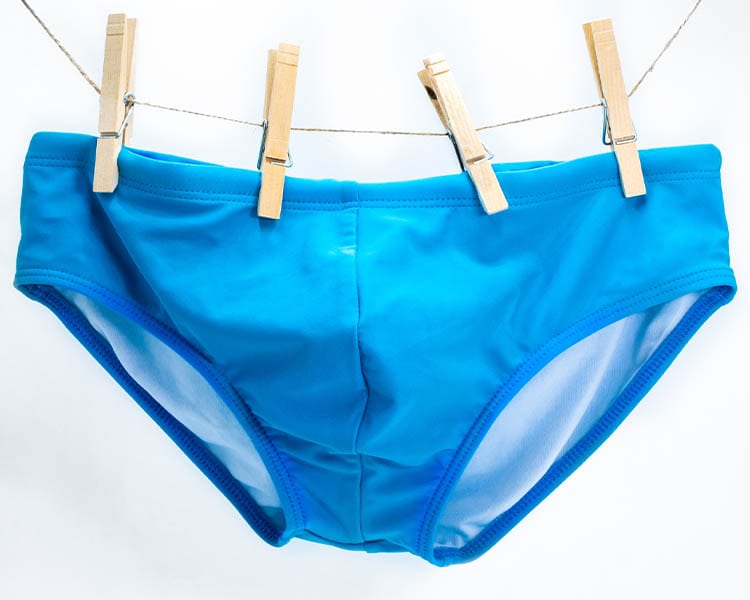 Nothing fits like a good pair of Aussie budgie smugglers.

Also heard as “yeah, but” this translates to “I understand what you are saying but I don’t necessarily agree with it”.

Delivery is key here; it can mean “OK”, “Right, let’s get going” or “I understand, but I’m not sure I believe you”.

Congratulations given on doing something well.

Translates to “Oh my goodness” or “wow”.

Used when something is excellent. 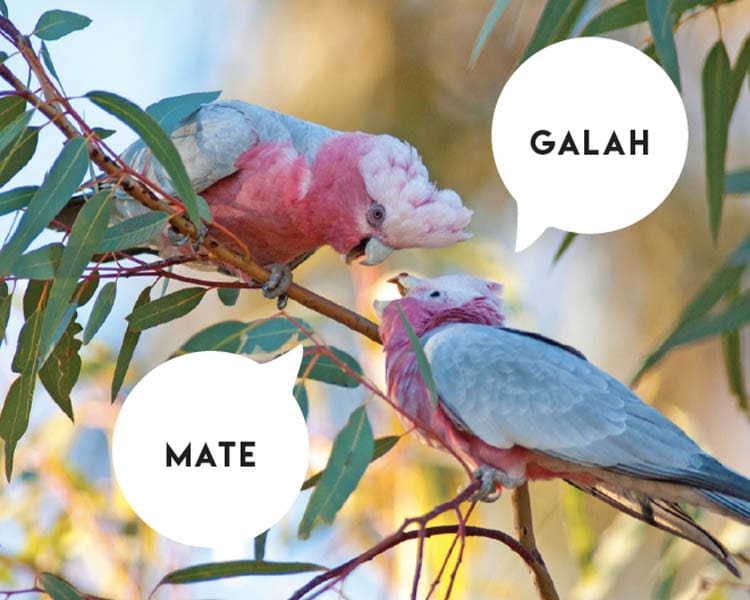 A derrogatory remark for someone behaving foolishly, as in “stop acting like a flamin’ galah”.

Excellent, the best; “That meal was bonza”.

Real, authentic: “Is that fair dinkum?” – and in true Australian lingo, occasionally shortened to just dinkum. 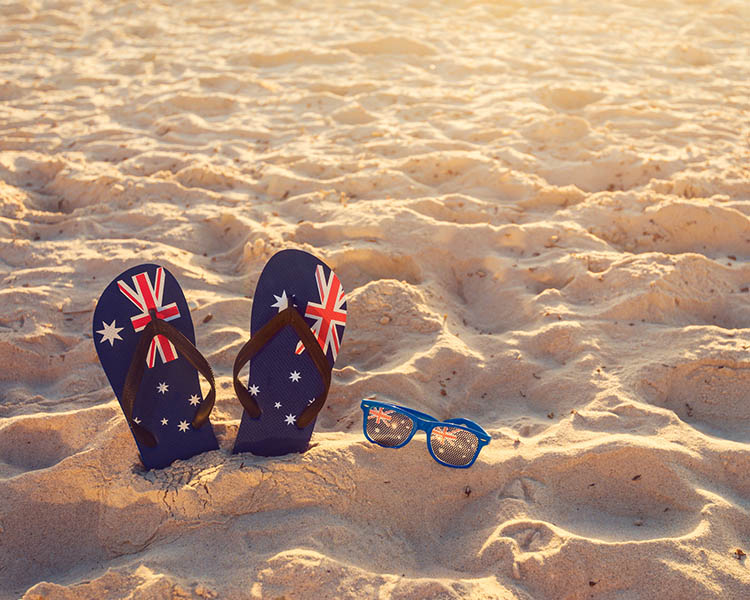 Thongs are very different in Australia. 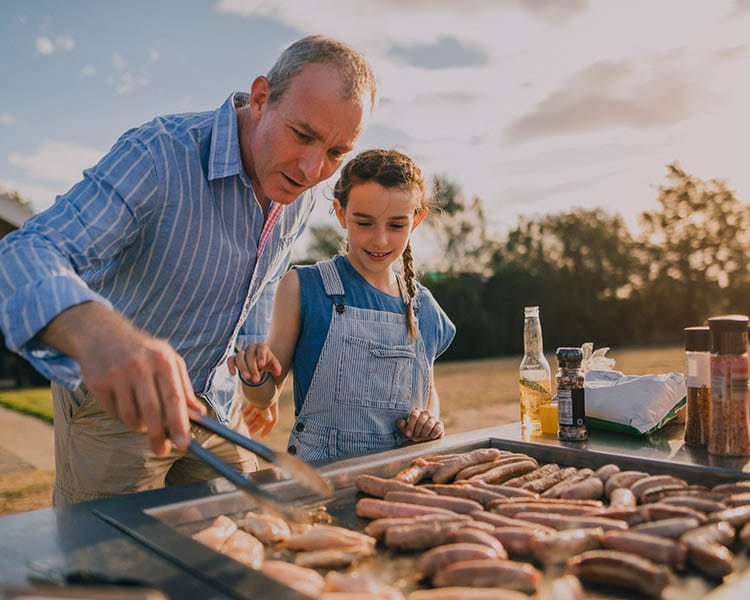 A bloke and a shiela enjoying a barbie.

The language of the barbeque

It would be a mistake to underestimate the role that the barbeque plays in Australian society. Unlike the Texan barbeque – involving wood, charcoal, spicy rubs and large hunks of meat, the traditional Aussie barbeque is a little more all-encompassing, referring to the grilling of any kind of meat over a flame.

Known locally as the “barbie” (pronounced “baaarbie”), as in “throw another shrimp on the barbie”, the word is used not only to describe the appliance itself but also the social gathering that results from it. If you’re invited to “come over for a barbie”, you’ll be offered a choice of snags (sausages), prawns (shrimp), yabbies (freshwater crawfi sh), burgers, chops (a cut of lamb) and steak; modern offerings influenced by Australia’s multicultural society include kebabs, aromatic marinated chicken, stir fry and even pizza.

Australians also utilize the barbie to raise money for charity. Known as a “sausage sizzle”, the traditional offering is a snag on a folded slice of white bread with a generous slug of tomato sauce (ketchup), although flaky bread rolls and fried onions on top are also popular. The best place to find a sausage sizzle in Australia is at popular hardware store Bunnings Warehouse.