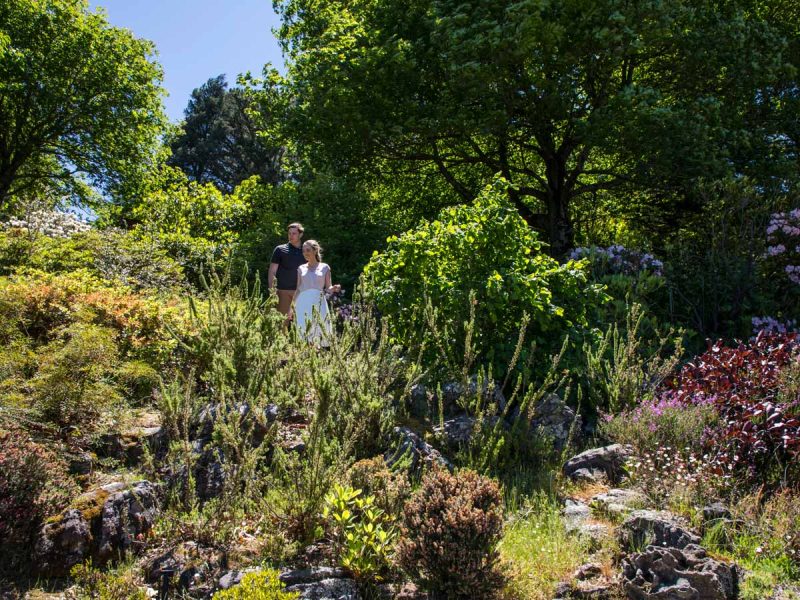 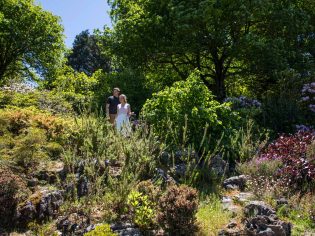 The quaint Blue Mountains township of Leura is a riot of colour come spring, with the blooms, the fresh mountain air and the Devonshire teas presenting an irresistible allure. Here, we explore the town’s highlights to uncover why Leura landed at number 49 on your list of Top 50 Aussie Towns.

Just a 90-minute drive from Sydney along the Great Western Highway, which gently wends its way this way and that up the Blue Mountains, the delightful township of Leura (situated on the Traditional Lands of the Gundungurra and Dhurag people) is a popular choice for weekend day-trippers, who head here to enjoy Devonshire teas and perambulate its boutique-lined high street, known as the Mall. 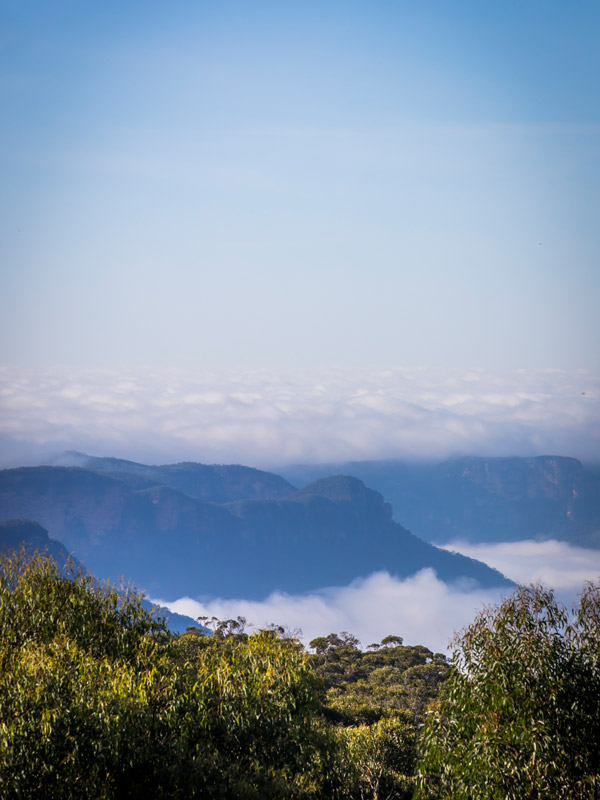 The town sits in the heart of the Blue Mountains. (Image: Destination NSW)

While some would argue for its status as a suburb of Katoomba, which sits just two kilometres away, Leura wears its independence proudly. With its neighbour shouldering the responsibility of being the commercial heart of the mountains, the township revels in its quaint proportions and charming streetscapes. 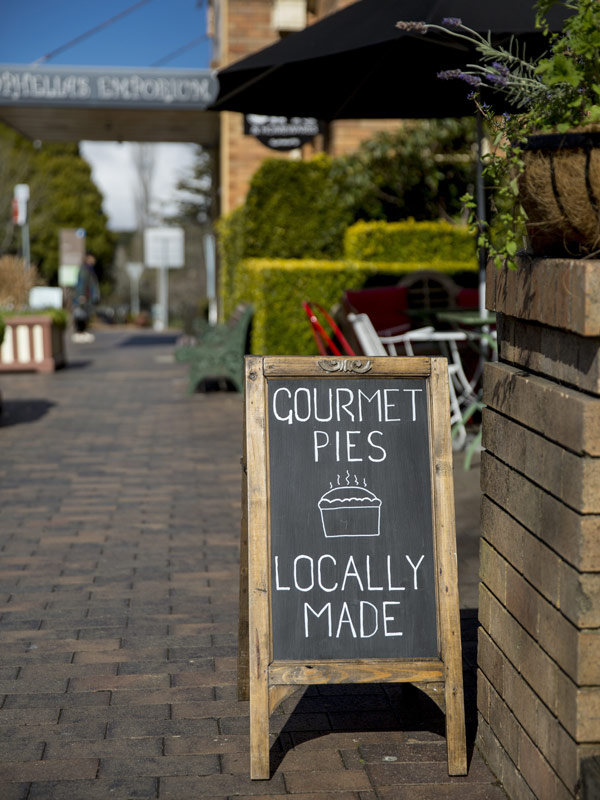 Work up an appetite for locally made fare. (Image: Destination NSW)

Accessible by rail since the opening of its station in the late 1800s, the well-heeled residents of Sydney flocked to the budding hill station in the 1920s and ’30s to build generously proportioned weekenders surrounded by fanciful cold-climate gardens. This history has endowed Leura with one of its most delightful drawcards – its elaborate private gardens – and resulted in one of its most celebrated events, the Leura Gardens Festival, which takes place annually in October. 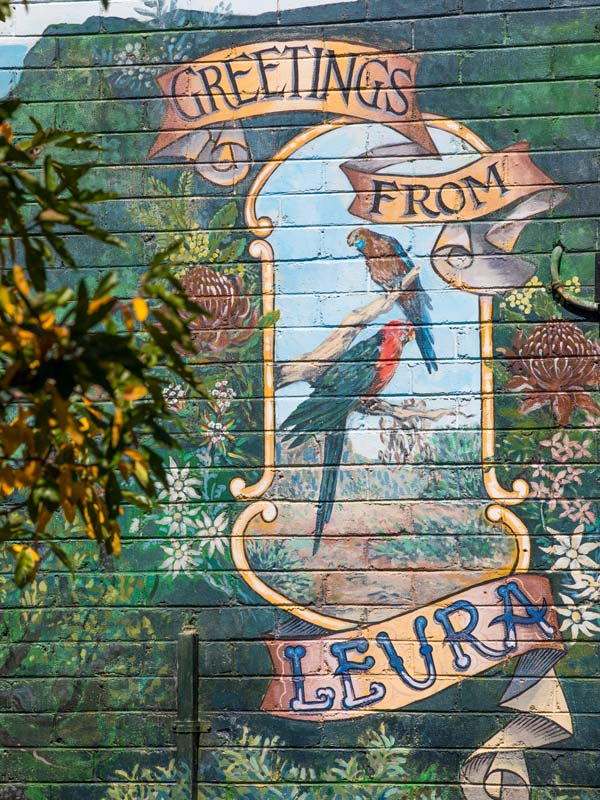 Established in 1965, the festival started with just four gardens and the aim of raising much-needed funds for the Blue Mountains District Anzac Memorial Hospital; in the ensuing 57 years it has added a number of gardens to the program and raised millions in the process. 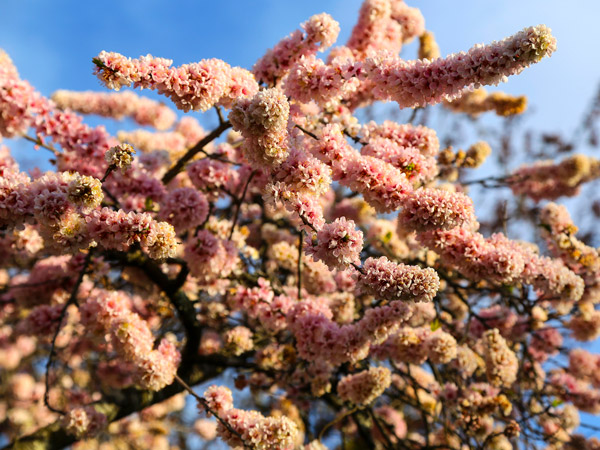 With varieties such as azaleas, rhododendrons, dogwoods and camellias thriving in the cool mountain air, spring presents as a riot of vibrant colour in Leura. One of the most famed local gardens on the festival program is the 5.2-hectare Everglades. 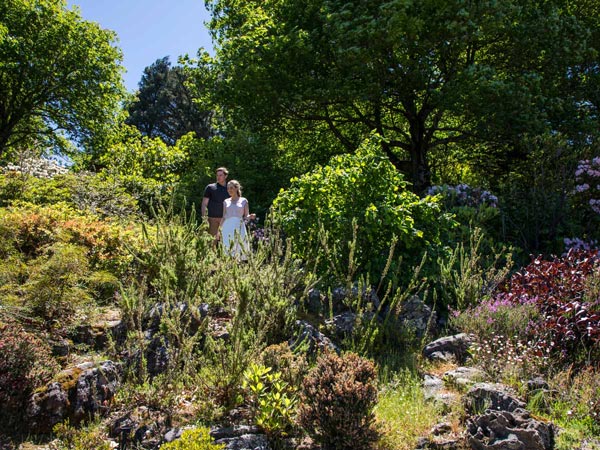 National Trust listed along with the graceful Art Deco-style house it surrounds, the layout was designed by Danish-born Paul Sorensen, quite the celebrity landscape gardener in the day, and boasts a reflection pool, grotto pool, paths winding down through the terraced gardens and exuberant plantings, with panoramic views over the Jamison Valley to Mt Solitary as a bonus.

A town in full bloom

And if you can’t make it to town for the official festival, walking the residential streets at any time of the year, up hill and down dale, is definitely the next best thing, taking in abundant blooms spilling over picket fences and neat flowering hedges framing chocolate-box mountain cottages. 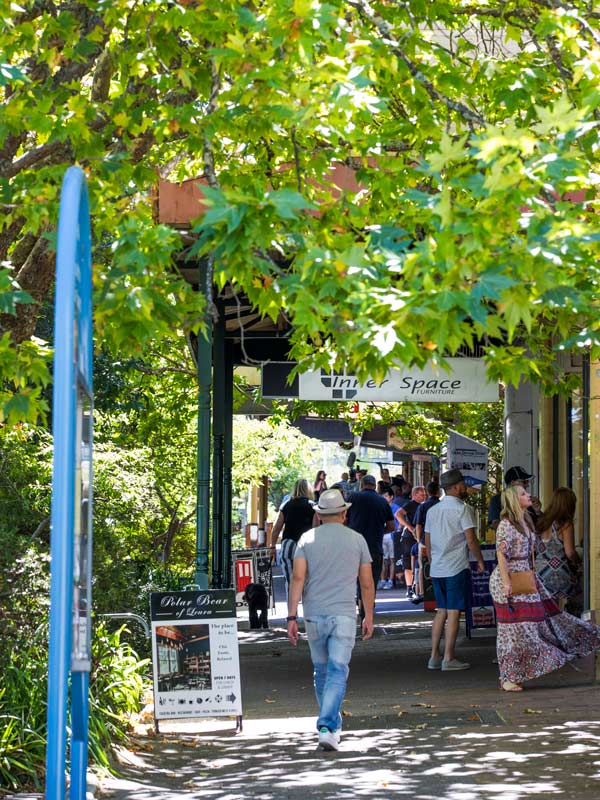 Your Devonshire tea (book a table at the stunning Sorensen’s Glasshouse & Garden to try its freshly made scones) will taste that much better after all that fresh mountain air.

Explore more of the Blue Mountains in our travel guide or find out which other towns made it into your Top 50. 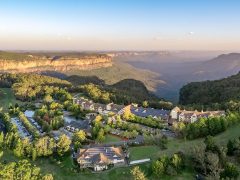 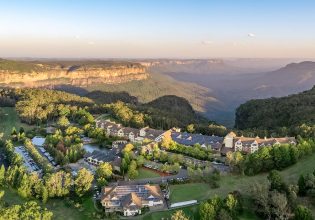 Putting it all together: How Avis and Accor make your holiday better

A trip to a luxurious Blue Mountains resort shows that savvy travellers can reap the many benefits of oh-so-clever partnerships. A ‘Watermelon Blus... 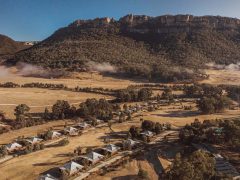 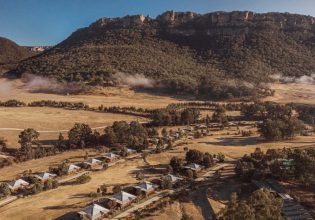 Planning a multi-generational, multi-family holiday? Meet the property that provides the holy trilogy of space, meaning and more than a little luxury.... 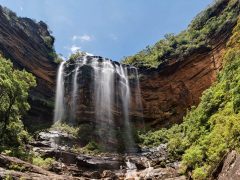 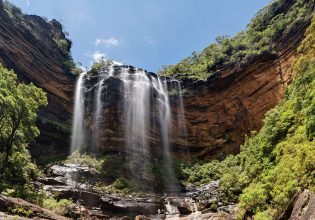 The most magical Blue Mountains waterfalls

Here are 11 waterfalls in the Blue Mountains worth travelling for. Be it a roaring torrent of white water tumbling into a ravine or a skinny stream c... 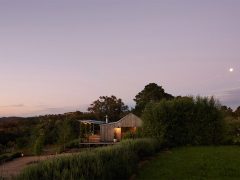 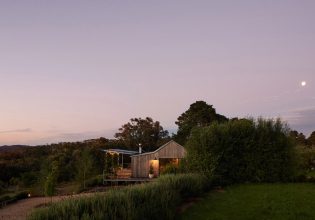 The best Blue Mountains cabins to escape to