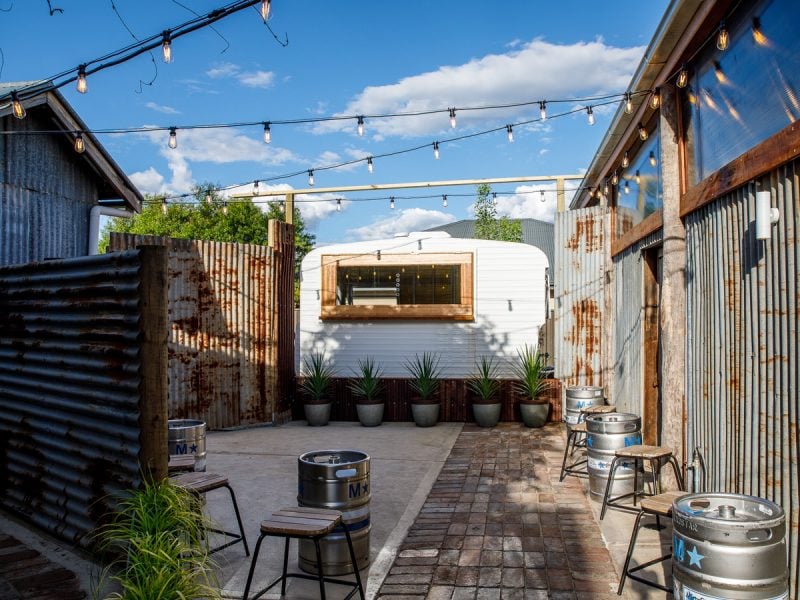 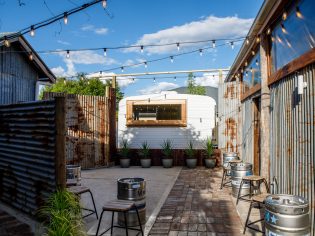 Hopheads and foodies alike will be in heaven at these six Mudgee pubs and Mudgee breweries.

From craft beer bars that promise hella good house-smoked barbecue to Irish pubs with vast, eclectically styled balconies and an array of cocktails on offer, the pub and brewery offering in Mudgee is wider than you might think – and they’re also a top spot for a feed once you’ve made it through Mudgee’s top restaurants. Here, six of Mudgee’s best pubs and breweries.

Despite having only opened its doors in early 2021, this Mudgee brewery has already developed a strong local following – and become a firm favourite with those visiting the city – for its holy trinity of great beer, rustic ambience and wildly moreish house-smoked barbecue. 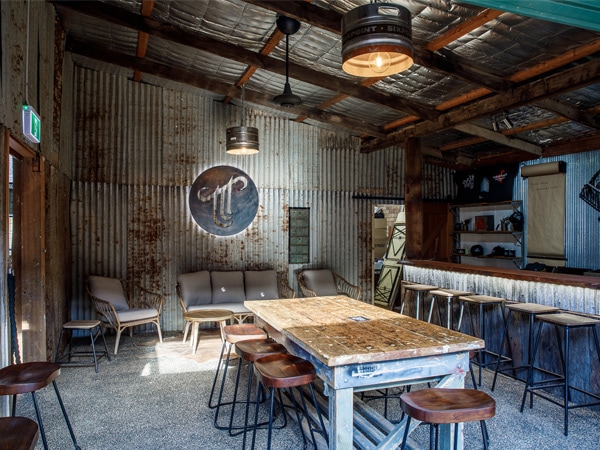 The rustic Three Tails Brewery has become a fast favourite with locals and Mudgee visitors alike.

There’s a raft of great hoppy pales (mid- to full-strength) and IPAs on tap, and the line-up includes both guest beers and those brewed in-house at Three Tails Brewery. Indecisive drinkers can sample four at once with the tasting paddle.

The brewery is big on celebrating independent producers, with all the guest beers sourced from small craft brewers across the globe. The focus on indies extends to the wine, snack and soft drink offering too: all wines are exclusively sourced from Mudgee, cider and seltzers come from NZ’s Zeffer, and even the jerky comes from Canberra. Three Tails is an inclusive space too, with a number of tempting non-alcoholic options on offer, plus gin and whisky flights to boot. 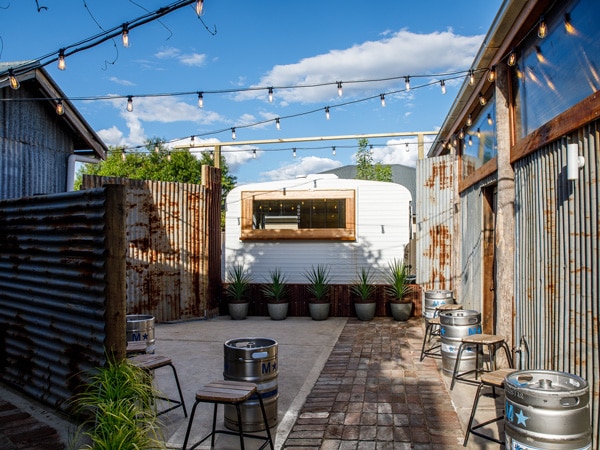 Sip your local brew in the courtyard at Three Tails Brewery.

Once known as the Sydney Hotel, there’s been a pub at this site since the early 1870s, while the building’s foundations date back to the early 1860s. Kelly’s Irish Pub features a suntrap of a balcony bar festooned with string lights, and a dog-friendly beer garden with a kid’s playground – arguably its two major draws.

When it comes to food, Kelly’s Balcony Bar prides itself on the house burgers, from classic cheeseburgers to pulled pork, fillet o’ fish and southern fried chicken, perfect with a side of jalapeno poppers. And on the drinks front, expect classic cocktails with a little twist (hello butterscotch espresso martini and passionfruit mojito). There’s also live music every weekend. 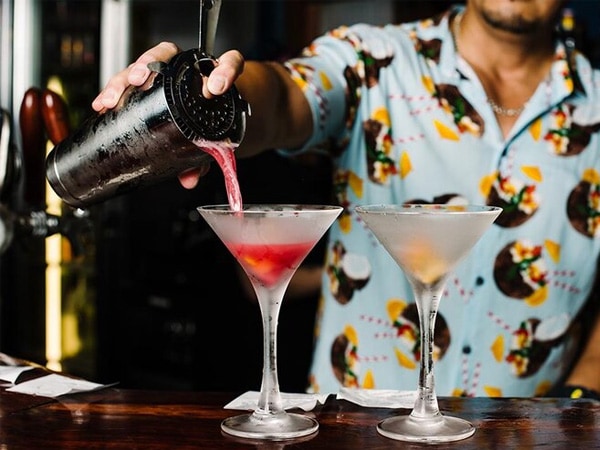 The Balcony Bar at Kelly’s Irish Pub serves up a mean cocktail list.

Endearingly known as The Ori, this Mudgee pub is a great all-rounder. Light pours in through the floor-to-ceiling windows of the two-storey hotel, which houses a gin bar and a restaurant. There’s an array of classic pub grub dishes on offer (think schnitties and chips, burgers, nachos, steaks and more) and plenty of lunch and midweek specials too.

After a long day of sightseeing, quench your thirst with one of the pub’s more than a dozen gins, then pick from the wild array of mixers, and finally select your garnish to create the perfect custom drink.

Going strong since 2007, Mudgee Brewing Company bears all the hallmarks of a good time: live music on Sundays, a beer garden, open fires to cosy up next to come winter, and, of course, some excellent beers. Chief among the offerings is the taproom’s signature Mudgee Mud, an imperial stout with notes of aniseed and liquorice, that was inspired by an eponymous brew from one of the town’s original breweries, The Federal, which was founded in 1883 but shut up shop in 1956.

The family-owned microbrewery-cum-restaurant dishes up bistro-style meals, with a strong focus on gluten-free options. Swing by for one of the Sunday sessions, kick back under its corrugated roof and timber rafters, and beside its exposed brick walls, and buy a growler of one of the dozen brews on offer to savour back at home. 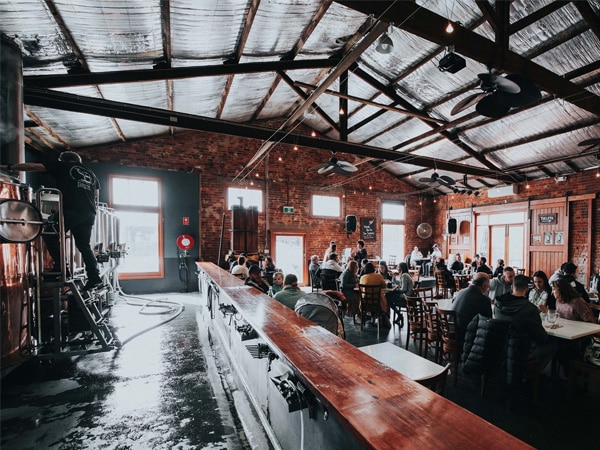 Tearing away from tradition, Mudgee’s Woolpack Hotel is host to a Chinese fusion restaurant, Jumbucks, which dishes up everything from deep fried duck in Peking sauce to prawn dumplings and sweet and sour fish fritters. But those who only have eyes for Aussie classics don’t have to miss out, as there’s a smattering of more familiar dishes on the menu. This smart local, featuring modern interiors, is popular with the younger crowd, and features a beer garden. 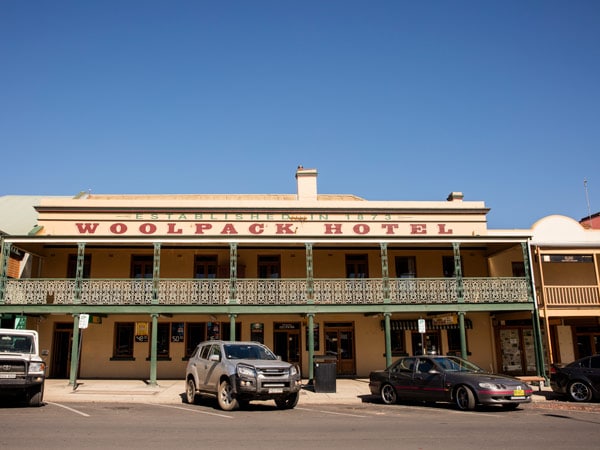 6. The Prince of Wales Hotel, Gulgong

If you’re after a country pub with plenty of personality, then you’ve come to the right place. Although technically not ‘in’ Mudgee, this historic pub is just a 30-minute drive away and still part of the wider Mudgee region (we highly recommend you explore more of the region with our 7-day road trip itinerary). You can expect cold beer and warm hospitality at The Prince of Wales Hotel, which has been in the same family since 1976. It’s awash with antique curios and memorabilia, plus two open fireplaces – one in the cosy, carpeted interior and one stone fireplace in the beer garden. 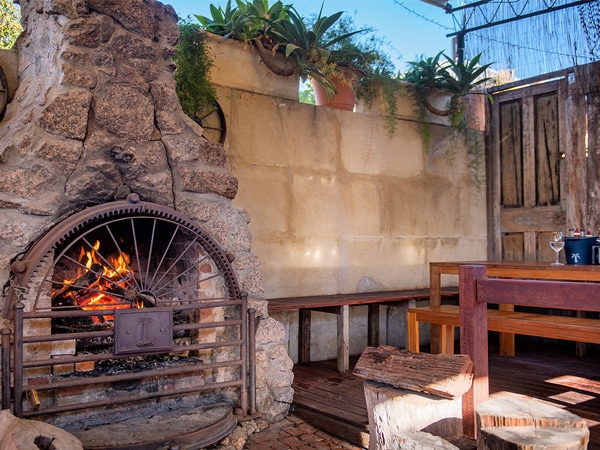 Snag a spot next to the stone fireplace in the beer garden at The Prince of Wales Hotel. 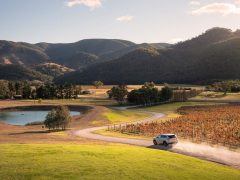 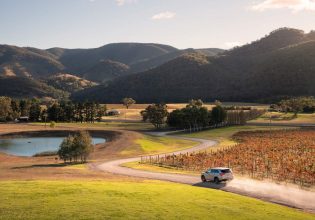 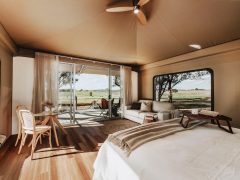 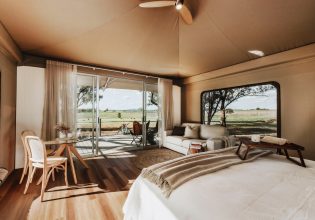 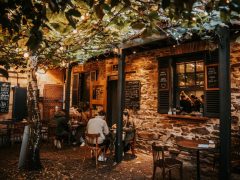 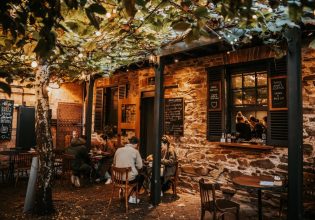 10 brilliant cafes in Mudgee for brunching

There’s so much more to Mudgee than just world-class wines as our list of places to breakfast and brunch attests. There are no traffic lights in Mu... 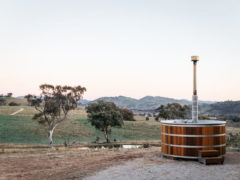 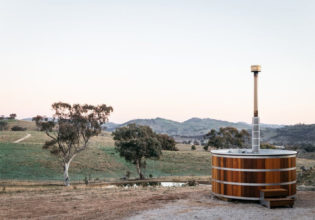 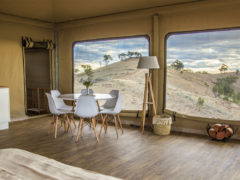 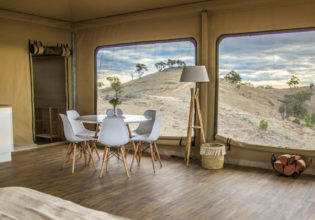 The best places to stay in Mudgee

Here’s where to rest your head between winery visits and epicurean fare in Mudgee. The streetscapes of Mudgee ooze nineteenth-century charm, delici... 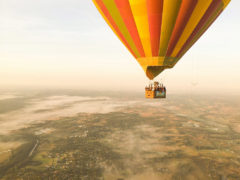 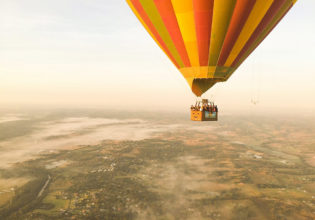 The best things to do in Mudgee

There’s more to Mudgee than just eating and drinking – although there is a lot of that too. Mudgee is well known as one of the country’s best w...