A food-lover's guide to Orange in truffle season 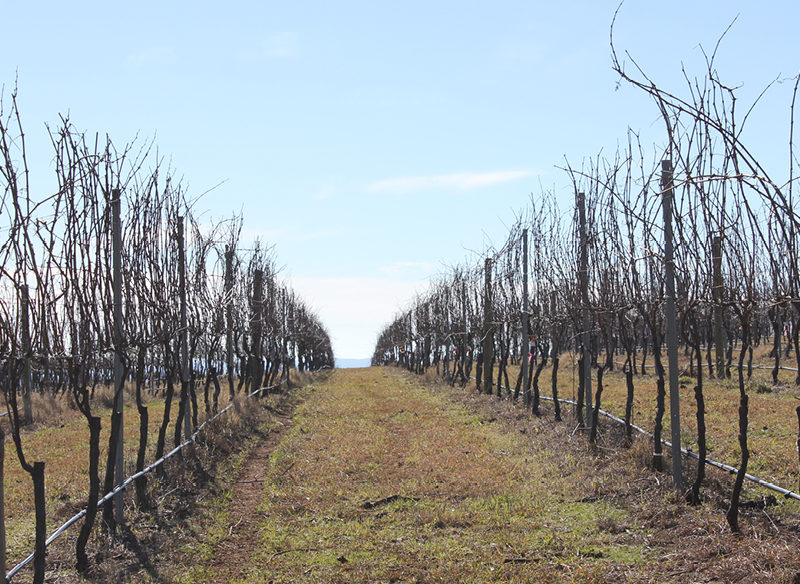 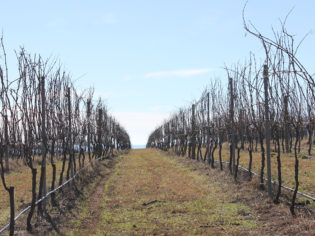 Fun, fine wine and, of course, excellent food; a visit to Orange in time for truffle season is a chance to join a big Bacchanalian party.

Bailey is a lady slayer. Tonight is no exception; women in their fur stoles and red pouts can’t help but paw at him.

He indulges them a little, a turn of the head in their direction, perhaps a little smile as he poses insouciantly for their cameras.

A jaunty red bow-tie adds a touch of the debonair to his custom black coat and he feels good. He is the star of the evening, after all.

Even the mark of lupus on his nose doesn’t detract from his confidence, and indeed, his admirers don’t seem to notice in the slightest. They keep glancing at him expectantly over the top of their sparkling wine glasses, but Bailey knows he has work to do before he can relax.

It’s time to begin. This is what he has trained for and as the winter sun makes its last stand against the march of night, Bailey leads his devotees under the canopy of the oak trees.

His dedicated colleague, Teneka Priestly, explains his work to the crowd so he can get down to business undisturbed.

Some might scoff at his lack of pedigree, a bitsa, you might say, but Bailey’s mix of Labrador and Staffy has given him the gumption to succeed in an industry where lesser dogs and swine have failed. Success!

Bailey has located the prize and within seconds Teneka is on her knees digging into the fecund soil with a dessert spoon. She scoops up some dirt, takes a sniff, her head cocked to one side as she assesses the aromas. The spoon is plunged back into the undergrowth, gently digging and scooping until a bulbous brown nugget is exhumed.

A choir of impressed cheers rises from the trufferie on Borrodell Estate in Orange.

It’s truffle season and the estate’s annual Black Tie and Gumboot Truffle Hunt and Dinner is underway with great success thanks to Bailey and his trainer. 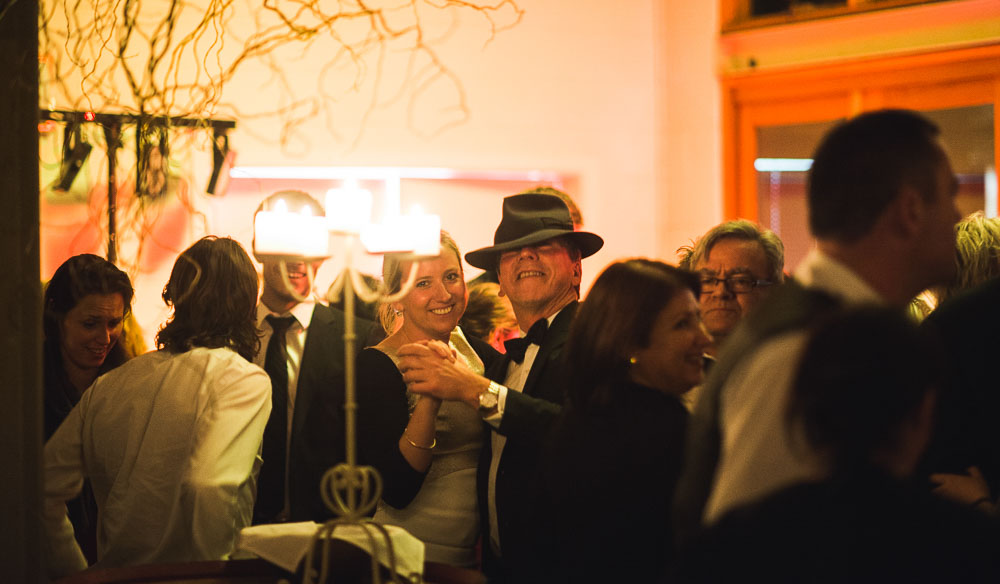 Country New South Wales may not be the spot where one would typically expect to find black Périgord truffles, but by the hunt’s conclusion a bounty of pungent, brutish fungi nestles in a napkin-lined bowl, the largest nugget weighing in at a huge 500 grams.

Borry Gartrell and Gaye Stuart-Nairne know a thing or two about diversification.

Beginning as an orchard, the Borrodell property has grown to include an award-winning, much-lauded vineyard, an incredible restaurant and accommodation, and following a trip to Tasmania in the late nineties, the trufferie.

The intent of the trip was to source the beginnings of a saffron crop, but instead 100 inoculated oak trees made the return journey.

These were swiftly joined by 500 more and, six years later, with no one knowing if the enterprise would bear fungus, the first truffle was extracted from Orange’s unique terroir.

The trufferie is now one of the oldest on mainland Australia.

Head chef of Borrodell’s restaurant Sister’s Rock, Alan Meaney, must have been briefed to spare no truffle in creating the evening’s menu.

Matched beautifully with Borrodell Estate wines, guests are treated to a truffle-laced dinner.

By dessert, gumboots have been abandoned under the tables in favour of dancefloor-suitable footwear.

The party soon escalates in ferocity and the atmosphere in the wine cellar descends into an all-out hoedown.

Orange doesn’t mind a party and it has plenty of produce and wine to furnish them.

Along with an enviable share of restaurants, devotion to the grape is evident in the region’s 80-odd vineyards and almost 40 cellar doors.

It’s a town where everyone seems to know a great deal about wine, whether born and bred here or imports from elsewhere.

While vineyards have been planted in these frosty climes since the 1800s, it wasn’t until 1997 that Orange was officially recognised by the international Geographical Indications Committee as a cool climate wine-growing region.

Since then Orange has blossomed into a food and wine destination to rival any other in Australia and events such as the truffle hunt and Orange F.O.O.D (Food of Orange District) Week serve to grandstand the area’s many charms.

You don’t come to the party just to sit in the corner and many Orange immigrants are here to join the revelry.

From restaurateurs and producers, to cellar hands and winemakers, the same story of breathless infatuation, at first with the wines and then with the town, is repeated with thigh-slapping fervour.

Indeed, Orange seems plugged into an energy that’s more akin to a hip city suburb than a rural town.

Maybe it’s the volcanic sediment in the earth or the unusually sunshiny winter days, but whatever alchemy it is, Orange recruits a certain type of person.

The type with focus, an open outlook and an allegiance to the fraternity of oenology.

Charlie and Loretta Svenson are just such people.

If Charlie approached his previous vocation of researching renewable fuel sources with the same devotion as he does making his minimalist wine, his choice to set up De Salis is no doubt as great a loss to the scientific community as it is a gain to wine lovers.

Winemakers are oft described as a bunch of mad scientists, but the Svensons are far from mad.

Charlie makes his ‘wild’ wines from strains of yeast endemic to the vineyard, but while his approach may be scientific to a point, it’s not a lack of faculty but joy that finds its way into the bottle.

Lofty Vineyard, both in name and geography, is home to De Salis Wines, Tank the red cattle dog and Charlie’s artistry.

A tasting with Loretta and Charlie leads into an impromptu tour of the winery, and a slide show on Charlie’s iPhone of Tank enjoying a snow day.

Like so many Orangites, the pair resettled after decamping from a life on Sydney’s Northern Beaches.

“This isn’t work,” beams Charlie siphoning a still-raw pinot from a barrel. “It’s fun to play around with this stuff; it’s fun to see what you can create.” 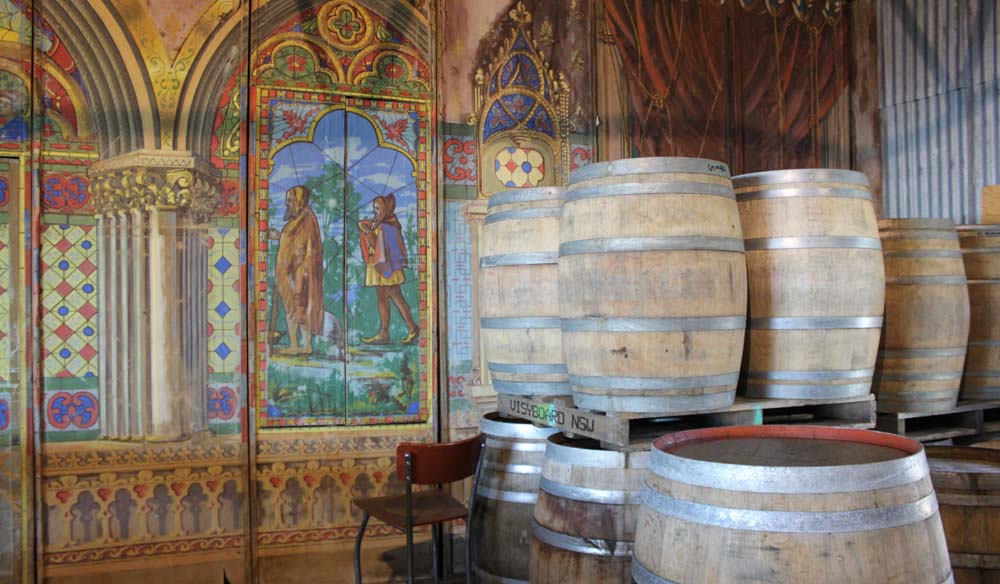 It’s the same sentiment that leads Gaye and Borry to invite the community to pull on gumboots, follow a bow-tied dog around the estate, and enjoy the fruits of their labour.

Orange in this sense is one big open house with a larder and cellar at your disposal.

Whether you’re a part of the movement or just passing through, Orange is a party that everyone is invited to.

Black Tie and Gumboot Truffle Hunt and Dinner: Fossick beneath the foliage for truffles and enjoy dinner served in the Borrodell Estate wine cellar.

This year, the event will be held on 1 July.

Be quick, tickets are as prized as the truffles.

Racine: Set in the foothills of Mount Canobolas, Racine is much lauded for chef Shaun Arantz’s deft touch with local produce.

Ferment – The Orange Wine Centre and Wine Store: Stop by this wine bar and store to sample stunning examples of Orange wines and many others.

Owner Simon is always up for chatting through his selection.

Philip Shaw Wines: Producing stunning wines in an incredible setting, be sure to time your wine tasting with lunch.