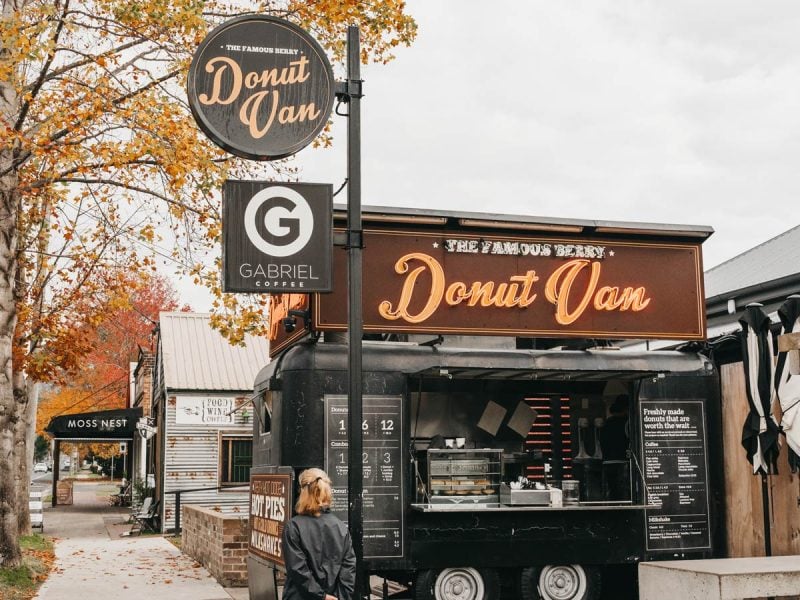 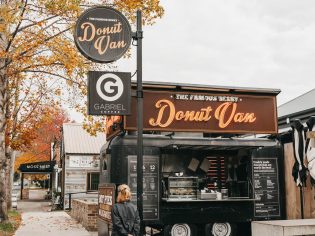 No need to choose between beachside bliss or country charm. Berry offers the best of both worlds, which is why it came in at no. 25 on your list of Top 50 Aussie Towns.

So, you’ve decided it’s time for a weekend getaway. You’re craving a coastal retreat for some sand and sun. Then again, you’ve been imagining a rural idyll with green pastures dotted with dairy farms and award-winning wineries.

The good news is it’s a win-win if you’re visiting Berry. The picturesque town of Berry, only a two-hour drive south of Sydney in the NSW Shoalhaven Region, is a popular escape for stylish city slickers.

It’s perfectly positioned between the pristine beaches of the South Coast (Seven Mile Beach is only 10 minutes away) and the fertile farmland that sweeps all the way to Kangaroo Valley.

There’s heritage charm in abundance along Berry’s tree-lined Queen Street and the quiet backstreets, chock-full of cutesy bakeries and cafes, boutique homeware stores and buzzy restaurants. Here’s how to make the most of a getaway to Berry.

You’ll uncover one of the newest additions to Berry’s restaurant offerings tucked away on a side street. The relaxed and refined neighbourhood eatery is run by the talented duo John Evans and Sonia Greig, whose modern European cookery showcases South Coast produce with flair. Do secure a reservation, as the restaurant remains one of the hottest tickets in town. 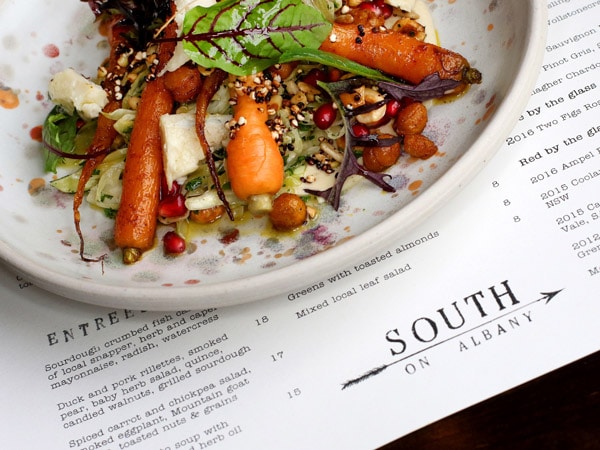 You can get your French patisserie fix at this beloved bakery right next to the post office. The menu includes a range of breads, pastries, and pies with fancy fillers like beef bourguignon. Stock up on snacks for the drive.

Berry has an air of Britishness about it – thanks to the leafy streets and buildings with plenty of character – but this English-style tearoom takes the cake. Tea connoisseurs will delight in its hand-blended loose-leaf teas, such as the deluxe take on the Australian billy tea. Spoil yourself with an afternoon of straight-from-the-oven scones dolloped with homemade raspberry jam and double cream. 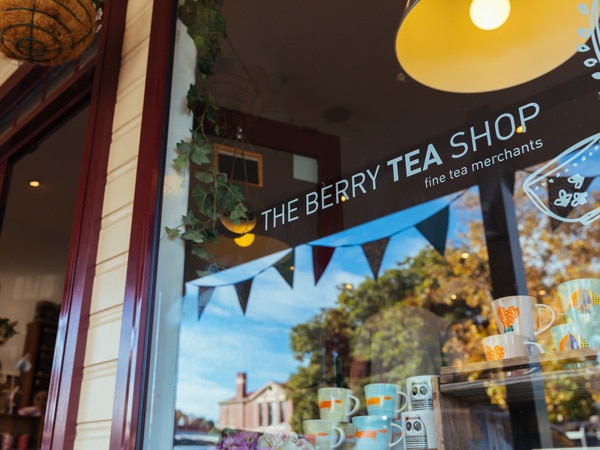 Detour to Berry for the Berry Tea Shop.

Take a hint from the word ‘famous’ adorning the simple van parked on Queen Street; it’s a local institution that’s been serving doughnuts to the Berry community for more than 55 years. Follow the irresistible scent of cinnamon wafting down the road tempting doughnut devotees. 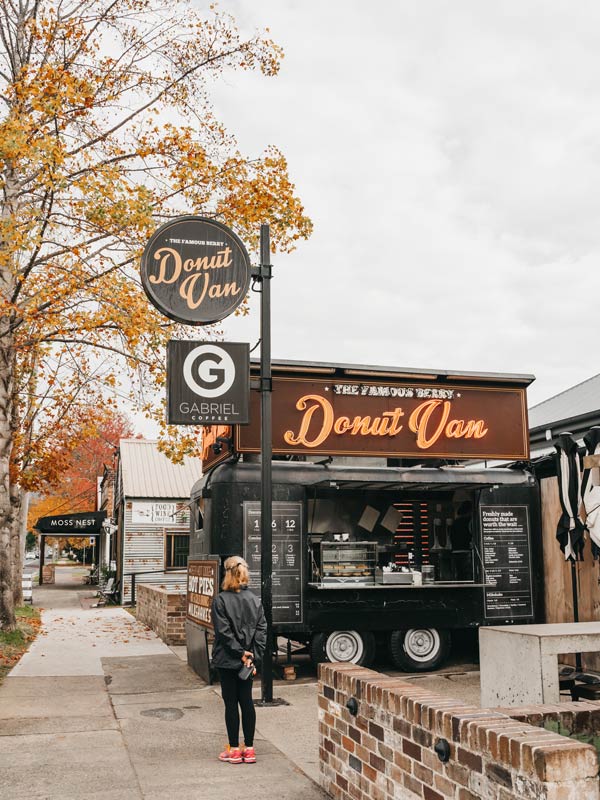 Stop for coffee and donuts.

If you’re on the hunt for home decor worthy of a country manor, Berry has you sorted. There are brilliant browsing opportunities at AMARA Home – you might have noticed the vine-clad facade that sits prettily on Berry’s main drag.

Design lovers are drawn to Moss Nest’s eclectic bric-a-brac and Few and Far, which stocks vintage homewares from around the globe. Further afield, the Berry Markets are held the first Sunday of every month (except February). Make time to browse the 200 stalls brimming with delicious food, regional produce, plants, arts and crafts.

Two Figs, perched on top of a hill with views over the Shoalhaven River, is a boutique winery producing premium, handcrafted wines. Book the tasting experience at the beautifully renovated cellar door to sample a few drops along with a platter of cheeses. It’s pet-friendly, so bring along your furry plus one. 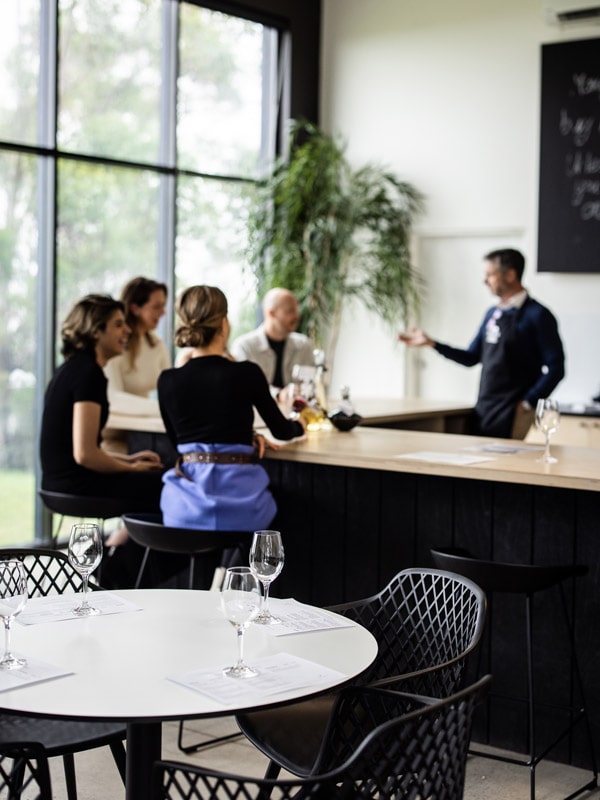 This rustic shack on the river, about a half-hour’s drive from Berry, is a destination in its own right. Seafood enthusiasts will be smacking their lips for some of the best Sydney rocks served up at a family-owned oyster farm. Order a dozen of these briny beauties, freshly shucked right by the water. 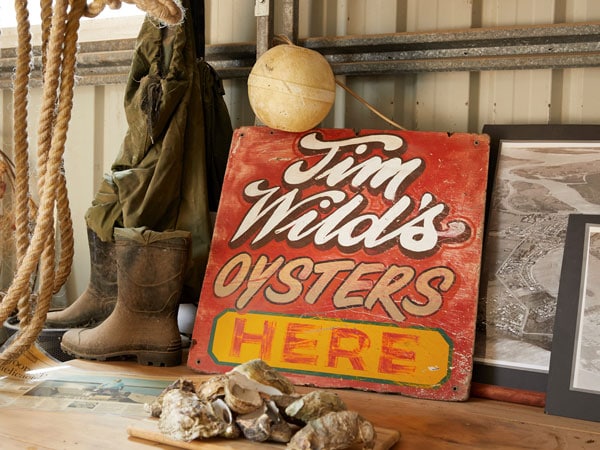 Jim Wild’s Oysters is a destination in its own right.

It’s a serious glow-up – a bright-white paint job with pops of orange and 13 uniquely styled rooms that are both nostalgic and equipped to cater to all our modern needs. 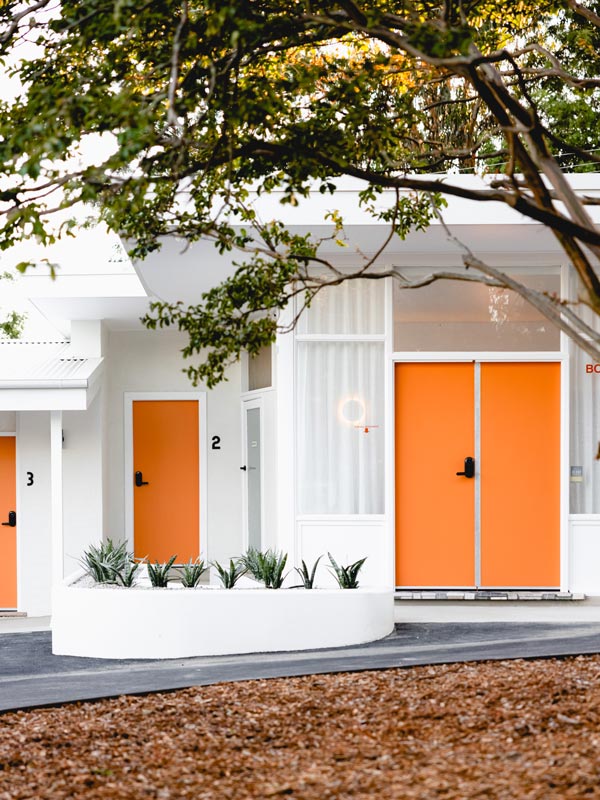 The Berry View is a must-stay.

Cementing its title as ‘Berry’s coolest digs’, there’s an exciting expansion on the horizon, including an infinity pool and lounge scattered deck worthy of a Slim Aarons-esque pool party. 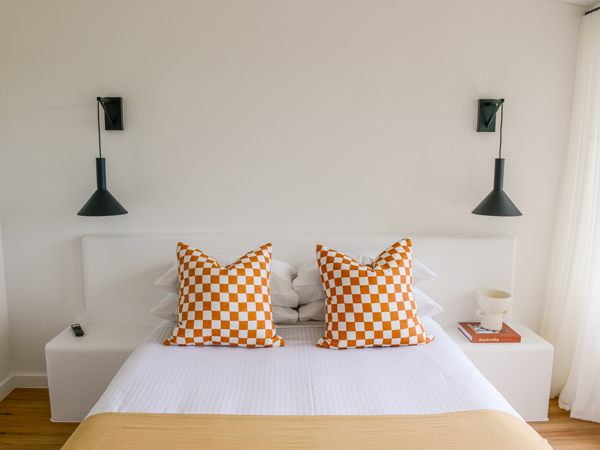 This handsomely restored Federation-style farmhouse has #cottagecore written all over it, an amalgam of old-fashioned appeal and smartly appointed accommodation. The property is nestled amid the trees, within a five-minute stroll into the village.

There’s the swoon-worthy two-room suite – known as The Dairy – built on the site of the original dairy shed, and four light-filled studios. Those staying during winter are warmly welcomed by a fireplace lit upon arrival. Cue: cosying up with a good book.

A secluded sanctuary set on a 145-hectare working farm with a pastoral backdrop that extends towards the sparkling Pacific Ocean. The collection of five sustainable, individually designed suites all offer privacy as a major perk.

Except, of course, from your wild neighbours – wombats, brush-tailed rock wallabies, echidnas and kookaburras. Soak up your surrounds in the Big Blue suite, sought-after for its sumptuous bathtub on the front deck. 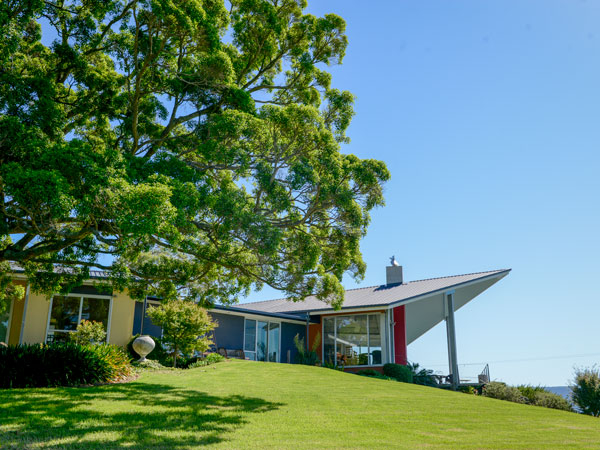 Explore more of the NSW South Coast in our travel guide or find out which other towns made it into your Top 50. 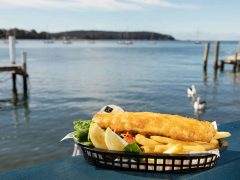 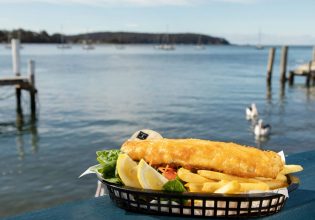 The mood is mellow in Batemans Bay, where there’s no pressure to dust the sand off your feet for breakfast and a dozen oysters can be enjoyed at a r... 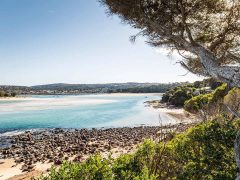 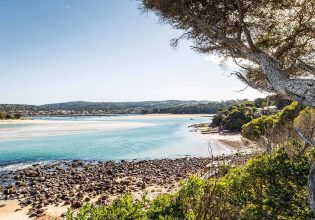 The top 11 things to do in Merimbula

From slurping down oysters knee-deep in briny waters to mooching around the markets, here are some of the top things to do in Merimbula. It’s easy ... 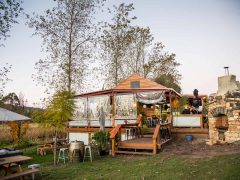 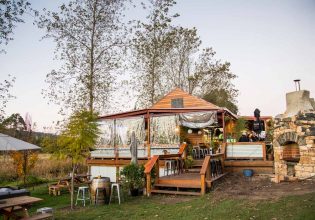 If you’re going to Merimbula, here are the best places to eat and drink. Whether you’re in the mood for a fancy degustation dinner, simple street... 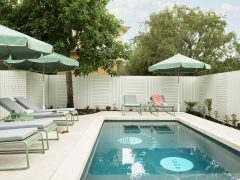 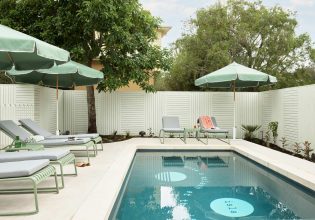 A guide to the best accommodation in Batemans Bay 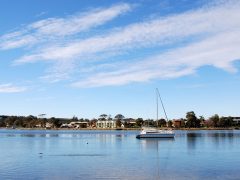 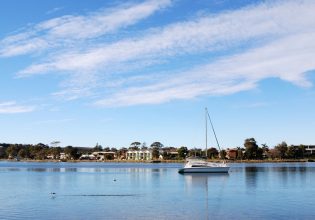 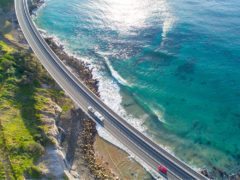 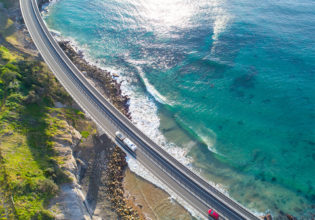 An 8-day road trip itinerary along the NSW South Coast

Plot a course around the South Coast of NSW with our itinerary of must-dos. Book some annual leave, throw your bags, kids and dogs in the car and fol...