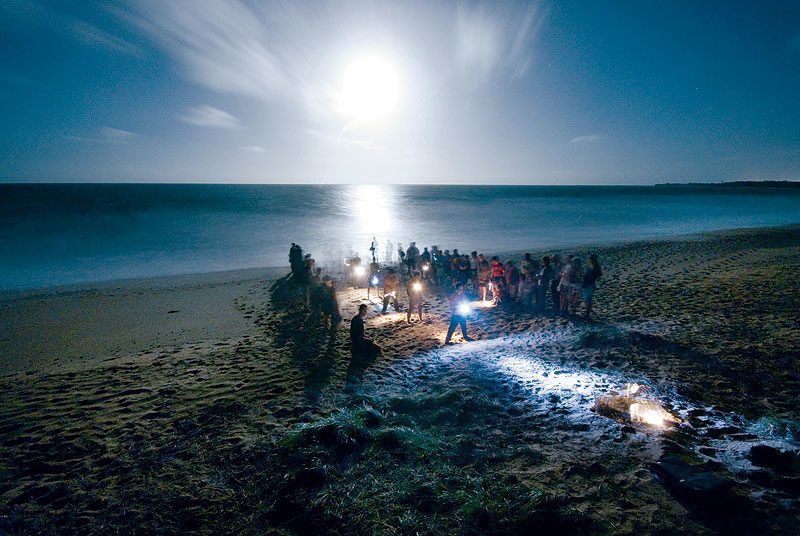 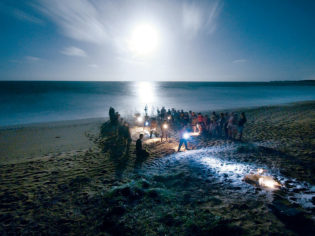 For a charming sight to melt even the sternest heart, head to where the Australian flatback turtle comes to breed and nest.

For a charming sight to melt even the sternest heart, head to Australia’s northern tropical coastline. This is the only place in the world where the Australian flatback turtle (named for its almost completely flattened carapace) comes to breed and nest.

Although the Aussie flatback roams the waters of Indonesia and New Guinea, for some reason it will only breed on Australian shores. And a particularly popular spot is Mon Repos beach, east of Bundaberg, which boasts the largest and most accessible turtle rookery.

From mid November to February, adult turtles come ashore to lay their eggs, which hatch about eight weeks later. The best chance to see the newborns’ wobbly race to sea is between mid January and late March. Baby flatbacks are the largest of all marine turtles, growing up to a metre in length and weighing up to 90kg.

While they’re not listed (yet) as endangered, sharks, crocs, humans and other predators all threaten the survival of this ancient creature. They’re easily disturbed during nesting, so access to Mon Repos is limited during the season. Bookings can be made online at www.bundabergregion.org or by calling (07) 4153 8888.

Where // All around the northern part of Australia, with official nesting season Oct-Feb in north Qld and may extend to the entire year in northwestern Australia. More info at www.mcsuk.org

Did you know? // Flatback turtles lay the fewest and largest eggs of any marine turtle, with around 50 eggs per nest buried under the sand. Only one hatchling in 1000 makes it to adulthood. Alarmingly, in Indian mythology it’s believed that if the sea turtle becomes extinct, the world will end.