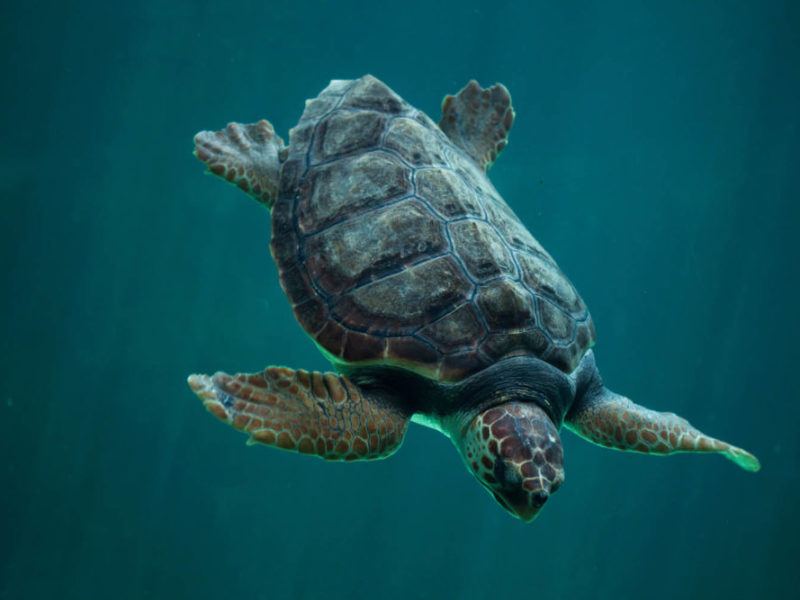 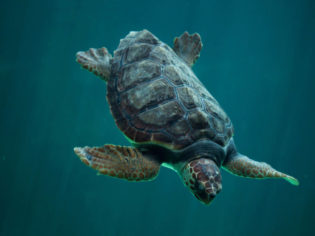 Bundaberg’s Mon Repos Beach is home to half the South Pacific’s nesting loggerhead turtles – and one of nature’s most ancient rituals of life.

How like a celebrity to keep you waiting? Herded together on the moonlit sand out of turtle sight, we watch Mon Repos’s rangers mill about like a diva’s PR team, phoning in updates.

“No, she’s not ready,” ranger Cathy Gatley tells her walkie-talkie. “She’s still body-pitting.” We’re here for the stars of a 100 million-year-old show. Every November to March, some 360 female turtles heave themselves ashore at 1.6-kilometre Mon Repos beach – the biggest turtle rookery on Australia’s east coast – to lay and bury their eggs, repeating a cycle of nature dating back to dinosaur days.

Body-pitting (flippering a shallow depression) is the prelude to egg-chambering (digging a laying hole with back flippers). Watching is verboten as turtles spook easily and often return to the sea before laying. When she’s finished we’re ushered into her moonlit presence – no lights allowed until the eggs are about to drop, and then sparingly.

Like 95 per cent of local nesters, she’s a loggerhead, a huge-headed beast with a barnacled browny-yellow shell. A quick check of her tagged flipper – she swings her beak sideways in passing irritation – confirms she was first tagged in 1998, making her at least 50 years old (they first nest at about 30).

This is her second clutch (of four, on average) this season but it’s in serious trouble: she’s laid below high-tide and saltwater dunkings are lethal. “They’re creatures of instinct,” explains Cathy. “Their behaviour isn’t learned and sometimes they just get it wrong.”

On prehistoric automatic pilot, the turtle’s indifference to us is astounding. Bereft of fight or flight instinct, she starts to lay, and we each have a close-up view of the wet, white eggs slipping from leathery hindquarters into the sand-pit. A below-tide nest would be doomed on another beach, but already rangers and trained volunteers are egg-chambering up in the tussocked dunes, scooping out a safe house beyond the waves.

Finished, the turtle covers up and, puffing and flailing, readies to aim seaward. The rangers waste no time digging up the 101 eggs. There’s a literal deadline – after two hours, handling will tear newly formed embryonic membranes, with fatal consequences.

Helping to move the eggs

“Who wants to help relocate the eggs?” Cathy asks. Uh, that’d be everyone. We’re handed two eggs each, soft leather ping-pong balls, which we reverently carry to the alternative nest, then follow Mama Turtle rowing herself down the beach. When she hits the waves, everyone breaks into spontaneous, heartfelt applause.

It’s 9.30pm and most people are satisfied, but the show goes on for rangers, scientists and diehard sightseers. Later, walking along the sand with ranger Shane O’Connor, we spy a noticeably different turtle track.

“Looks like we’ve got a flatback,” he says, tracing it to a dark-coloured turtle with a shell less domed than the loggerhead’s, and with an upturned rim. Largely tropical in range, flatback turtles are very rare arrivals here.

Shane gets on the radio to turtle expert Dr Col Limpus, somewhere along the beach. “He won’t wanna miss this.”

Indeed, Col doesn’t miss anything on Mon Repos. He hasn’t missed a season since 1956 and began scientific research here in 1968. He’s behind many a famous turtle fact, such as the discovery that they return to their birthplace (or nearby) to nest.

“One of my superstars,” he says; a source of much data. “She’s got one more clutch,” he says, after examining the egg follicles. With laying done, 10 eggs are borrowed for weighing and measuring.

For all Mon Repos’s conservation triumphs, its loggerheads are at high risk of becoming fishing bycatch in South American waters, where they spend years before returning to nest. “Recruitment of youngsters is dropping off,” Col points out. First-time nesters are rarely seen – most arrive already tagged – which suggests the species’ future remains precarious.

Meanwhile, 70 centimetres below the sand, 101 embryonic loggerheads are alive and well – thanks to us, which feels damn good. In a couple of months, they’ll pop up to scurry desperately seawards.

And maybe – just maybe – one will be that one-in-a-thousand survivor that hauls herself from Mon Repos’s gentle breakers three decades from now, drawn irresistibly across the Pacific to her birthplace to continue the prehistoric turtle dance of life.

Getting there: Mon Repos is a 15-minute drive east of Bundaberg, Queensland, or 10 minutes from the coastal town of Bargara.

Playing there: Turtle viewing at Mon Repos Regional Park runs between November and March each year during the hours of 7pm and 1am, by ranger-led, pre-booked tour. Hatching starts January.

Staying there: Offering one, two and three bedroom apartments, the luxury 4.5-star resort Manta Bargara is one of several beach-side bliss-out options along the Esplanade at Bargara. 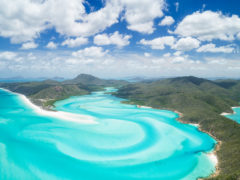 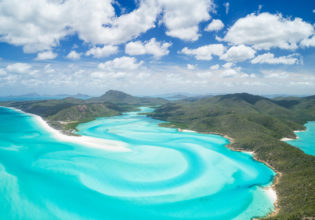 Which Whitsunday Island is Best for You?

With 74 islands to choose from in the Whitsundays, our guide tells you which one is the best fit for you to stay. Grab some well-deserved R&R up i... 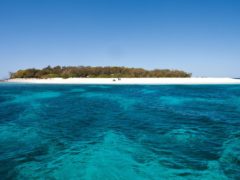 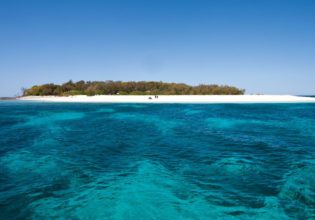 What being stranded on a tropical island is meant to feel like. Words and photography by Nigel Herbert. “Hell,” someone wise once remarked, “is...