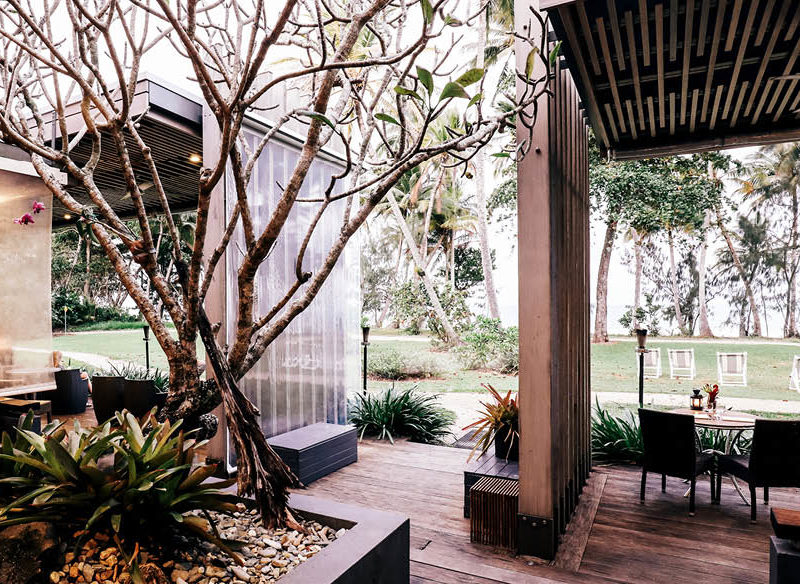 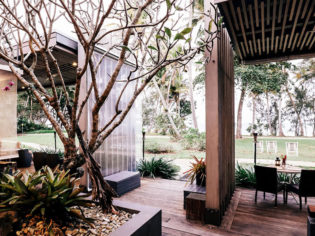 It’s a slice of Queensland the way it used to be, in both a modern and ancient context, where two World Heritage areas just happen to bump into each other.

Silently chilling out on the unspoiled coves and beaches between Cairns and Townsville, Mission Beach harbours a few secrets you’ll want to discover, from uncrowded encounters with the Great Barrier Reef to chance meetings with the almost fabled cassowary. Here are 10 missions you’ll want to accept when this petite paradise inevitably pulls you in. 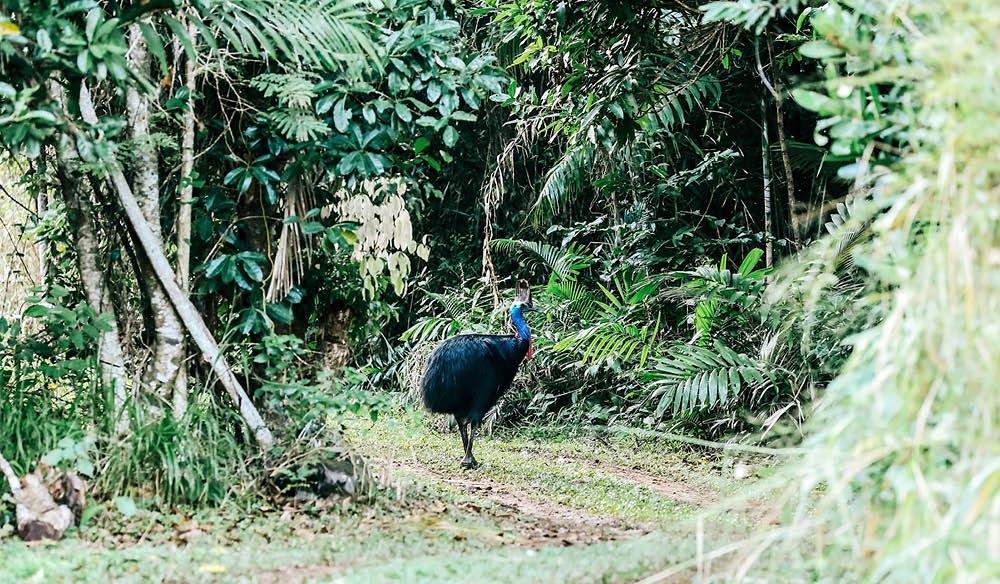 Take your time, cross your fingers and you just might bump into a cassowary around Mission Beach (photo: Elise Hassey).

Mission Beach is the self-crowned capital of these funky flightless birds, the punk rockers of Australian birdlife. There’s around 100 of them stomping around here, but don’t expect them to be parading down the main street for your benefit. Check out the Mission Beach Cassowaries Facebook page for recent sightings and pester locals for hotspots (such as the Beachcomber Coconut Holiday Park, South Mission Beach, in the late afternoon). The more you get out in nature (see below), the more chance you have of seeing one.

2. Walk in the rainforest

Right on Mission’s backdoor is sumptuous Djiru National Park, which harbours pockets of the most diverse lowland and beachfront rainforest in Australia. A nice introductory walk is the Dreaming Trail, which can be accessed from El Arish Mission Beach Road (the trail head is on the left, as you drive out of town). Add on Musgrave Link Track for a little more cardio. Aside from upping your chances of seeing ‘the bird’, you also have the privilege of walking under huge pleated-leafed palm forests, past fruiting quandong and Davidson’s plumb trees, and being serenaded by a tropical bird chorus supplied by the likes of the woompoo pigeon.

Meanwhile, on Mission’s front door, sits Dunk Island, a very approachable introduction to the Great Barrier Reef. Mission Beach Dive offers plenty of aqua options from its simple taxi service across to Dunk, so you can explore the island as well as day trips to the Outer Reef. A morning of snorkelling off the MV Reef Goddess followed by an on-board barbie with a side of fresh prawns should sate most of your reef desires. If you’re looking for a calm place to get your scuba qualifications, Mission Beach may be your PADI paradise.

4. Worship at the temple of conservation

A few kilometres north of Mission, at the end of a long shady driveway in Bingil Bay, is heritage-listed Ninney Rise, former HQ for some of Australia’s most crucial environmental campaigns. A posse of environmentalists, headed by mercurial John Büsst, used the house as a base for the original fight to establish the reef as a Marine Park plus wave after wave of save the rainforest battles. Apparently, then Prime Minister Harold Holt wrote one of his budgets on the verandah here. For some thoughtful and rare reads, browse the Margaret Thorsborne Library, recently opened after being salvaged from Cyclone Yasi’s grasp. 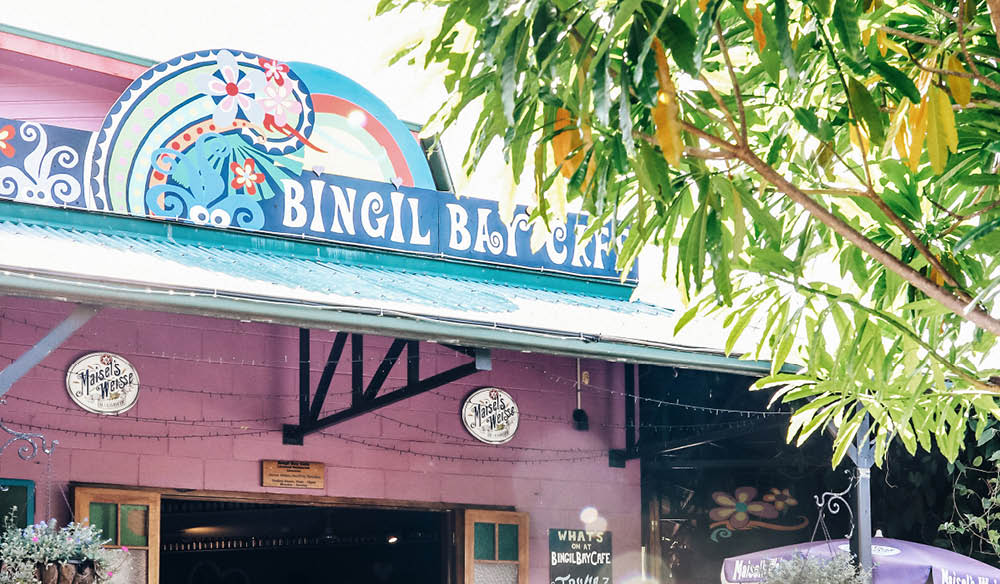 Thankfully, Mission’s isolation ensures a reasonably franchise-free village with a handful of character-filled, tasty and distinctly local dining options. The lunchtime pick is Bingil Bay Café for its hippy vibe, bushy-courtyard setting and its seafood laksa. Other reasons to like this place include live music (on Sundays) and its cool (literally and figuratively) punkah-wallah, an Indian-style verandah-length ceiling fan. Closer to the town, Mission’s cute little Village Green hosts more relaxed food and beverage possibilities from the veggo-friendly Pepper Vine to nautical-themed Joey’s cafe for your wake-up coffee.

6. Have a beach all to yourself 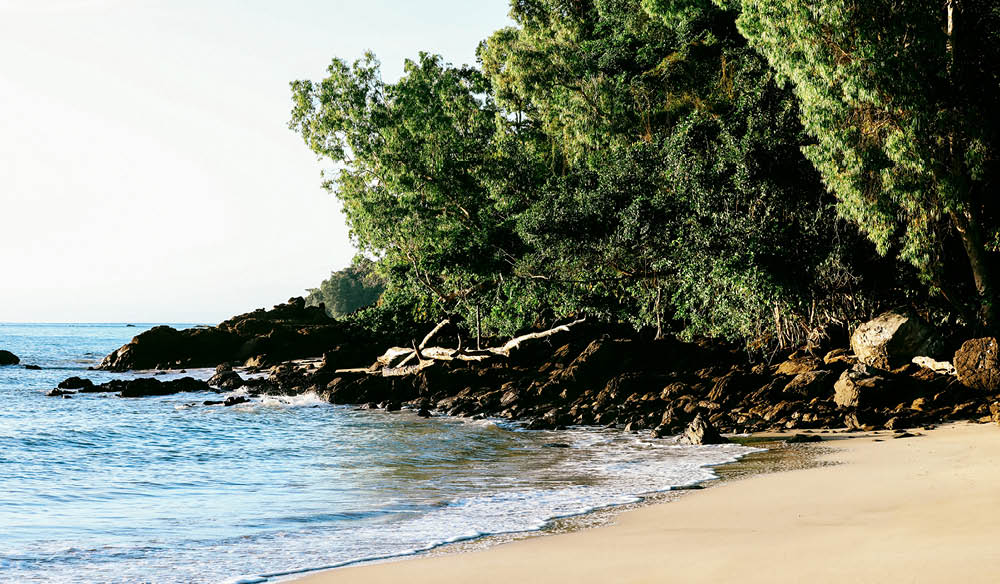 If the barely crowded strip of white sand that fronts the length of town isn’t personal enough for you, a further 10 kilometres’ drive north will deposit you at utterly undeveloped and palm-tree free (they were introduced) Garners Beach. Here the rainforest actually makes it all the way down to the beach and, if you’re lucky, and up early, you may catch a cassowary snacking on a crustacean in the dawn glow. Don’t let the beauty lull you into a swim, however, because the odd crocodile does cruise past.

7. Embrace the Indigenous side of the story

The dramatic clash of dark volcanic rock with the azure Coral Sea waters at Clump Point marks the most significant land formation in the area for traditional owners, the Djiru. Information boards here help decipher Djiru stories, which naturally feature that local star, the cassowary. Heading out of Djiru country, for a hands-on Indigenous perspective of the tropical landscape, head 45 minutes west to the town of Tully, where Ingan Tours’ ‘Spirit of the Rainforest’ guided day hike explores “the Aboriginal trading routes” of the Jirrbal People. 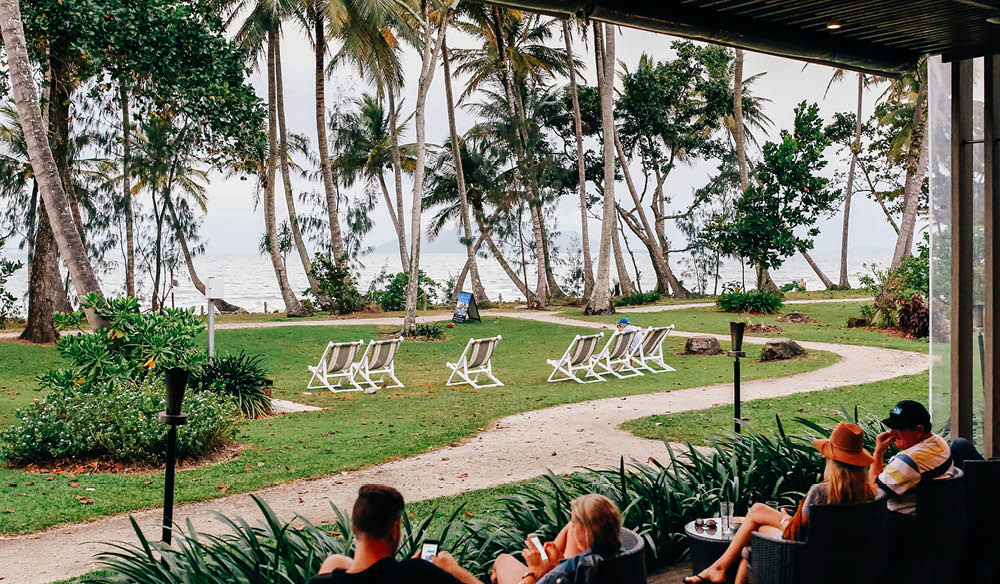 It’s sleek, chic and great-value, but the best thing about Castaways Resort & Spa is just how effectively the all-rounder channels the island ambiance from on shore. Slowly sip some bubbles or a mixed berry frappe by the pool, stare out through criss-crossed palms from your private balcony, and then tuck into the refined yet hearty menu in low-lit and airy Bibesia Restaurant. Alternatively, spend some time re-balancing with an Ocean Rhythm treatment at onsite Drift Day Spa. 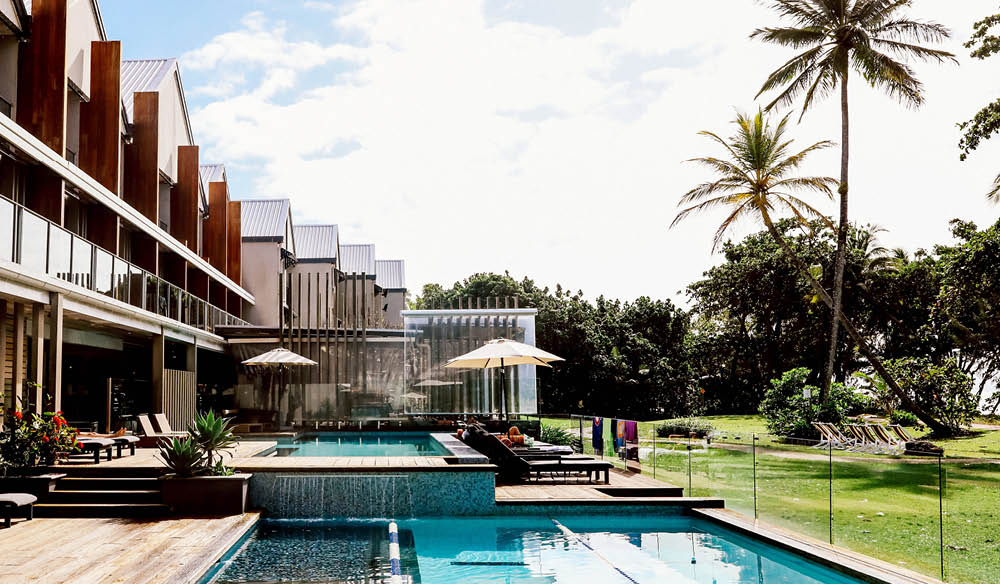 Even if you don’t manage to spot that elusive cassowary in real life, you will not miss the cassowary cult that colonises this Cassowary Coast Spot a giant cassowary statue, a street named after the bird, and head down to Village Green for cassowary-specific arts, crafts and fashion at the Helen Wiltshire Gallery. And if this doesn’t fill your cassowary cup, then visit here in June during the Mission Beach Community Cassowary Festival when locals dress up as you-guessed-what, and parade downtown, serenaded by local musicians amongst a sea of other paraphernalia.

Literally, the sweetest afternoon you can spend at Mission Beach is out at Charley’s Chocolate Factory (10 minutes’ drive from town along El Arish Mission Beach Road). This is no theme park, nor is there a bubbling chocolate fountain, but this is a working chocolate farm (a banana plantation up until 2012). During the Cocoa Tree to Chocolate Bar Experience you can help out making some chocolate, wander through trellis-grown beans and, naturally, try some of the farm’s award-winning dark chocolate including the macadamia and roasted coffee flavours. You may have noticed the spelling doesn’t match the Roald Dahl book and film; it’s named after the dog (chocolate standard poodle) in John Steinbeck’s Travels with Charley. (Open: Thursday, Friday, Sunday, subject to demand).

Want to discover more in from Queensland? Check out: 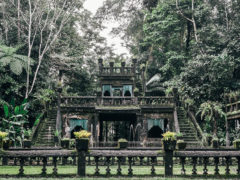 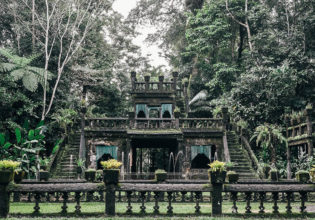 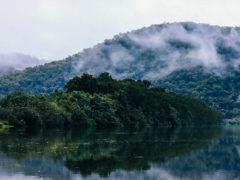 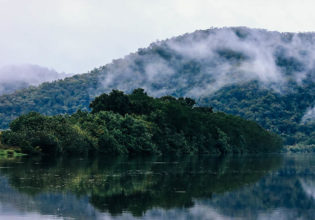 The world’s oldest rainforest comes alive with the rare and wonderful for Steve Madgwick, as he climbs aboard a boat full of twitchers for a river c...