Seeing Lake Eyre - the where, what, when and how 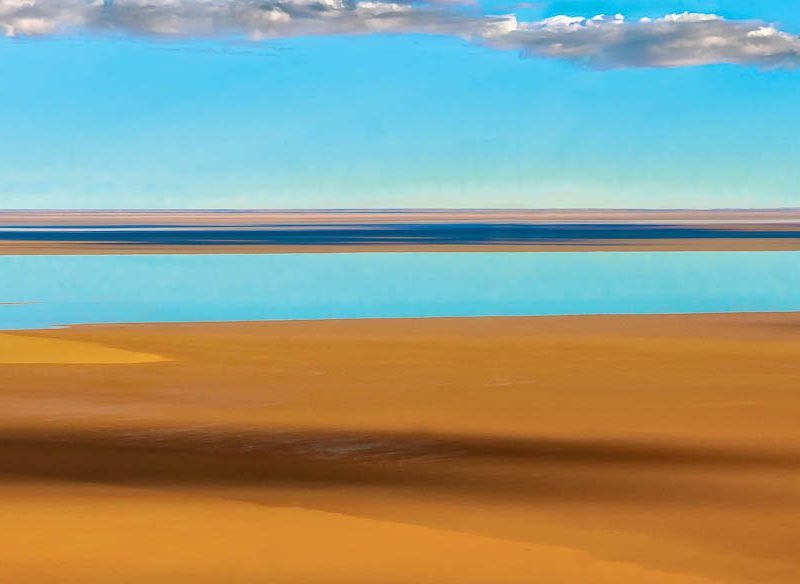 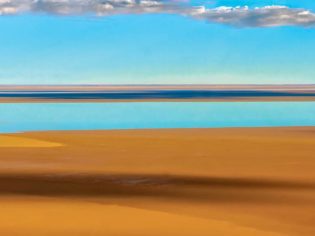 The often dry Lake Eyre is an outback enigma, famous for its rare and beautiful floodscapes. A scenic flight over Australia’s largest salt lake is near the top of the outback bucket list so here is everything you need to know: where and when to go, how to get there and just what you’ll see on a scenic flight – wet or dry.

A scenic flight in a small plane is the easiest and best way to truly understand the vast expanse of Lake Eyre (known as Kati Thanda to traditional owners, the Arabana people).
There are plenty of companies willing to fly you from further afield, but some of the best ‘local’ scenic flight operators include:

For more of a splash-out, you can always include it on your 10-day, around-Australia air safari itinerary. See: Is this Australia’s Greatest Air Adventure?

What are the chances of seeing the lake in flood?

There is a common myth that Lake Eyre is entirely dry except for when the big floods happen, like those of 2010/11. While Eyre has only reached capacity three times in the past century, there is often some water somewhere with the 9,690-square-kilometre basin.

“Around one in ten years you can expect the big days,” says Trevor Wright, whose company Wrightsair has been taking passengers up over the lake since the early ’90s from the nearby town of William Creek. “You might get a run for a couple of years [of a lot of water] and then go a decade without much. Then it becomes a great, white expanse of reflecting salt as opposed to the magical colours.” 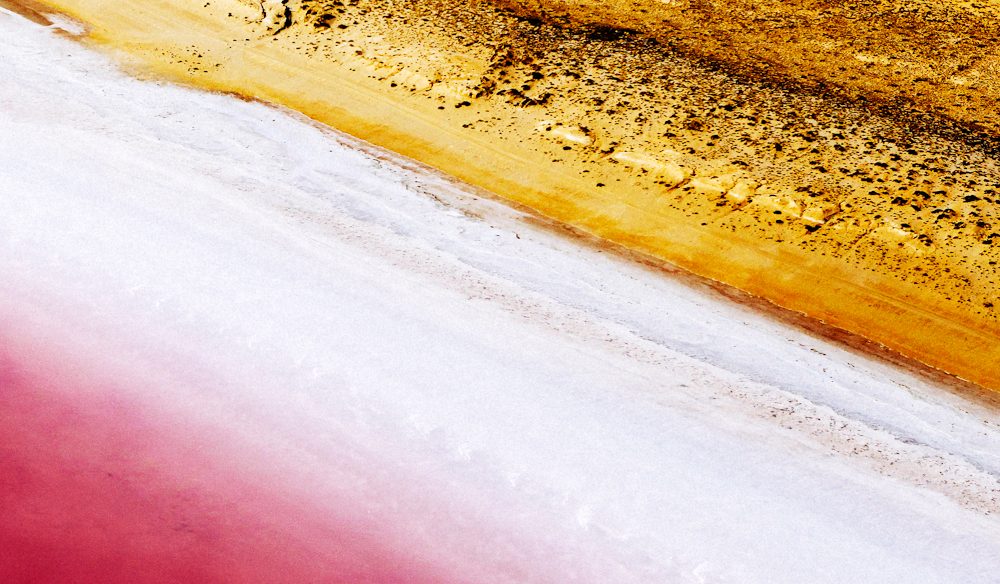 All the colours of Lake Eyre (photo: Elise Hassey).

Felicity Brown, chief pilot for Chinta Air, which operates scenic flights from Ceduna and the Flinders Ranges in South Australia, reckons the lake has some water in it about half the time she flies over.

For the lake to truly fill up local rain is important (within 150 to 200 kilometres), but for a big year you also need a torrent from further afield; ideally monsoon rains and perhaps a follow-up cyclone in northern Australia that will get the rivers flowing into Lake Eyre North.

Is it worth flying over when it’s dry?

Yes, yes and yes. It’s an entirely different experience from the intense rainbow of the flooded lake.

“When there’s no water, especially early in the morning or late in the evening, the lake is sort of like Uluru in that it dramatically changes colour,” says Trevor Wright. “At certain times of day, with the very soft light, the white underneath turns a bluish colour, like the sea. Then the peninsulas come out, like continents, so it feels like you’re flying across the world.” 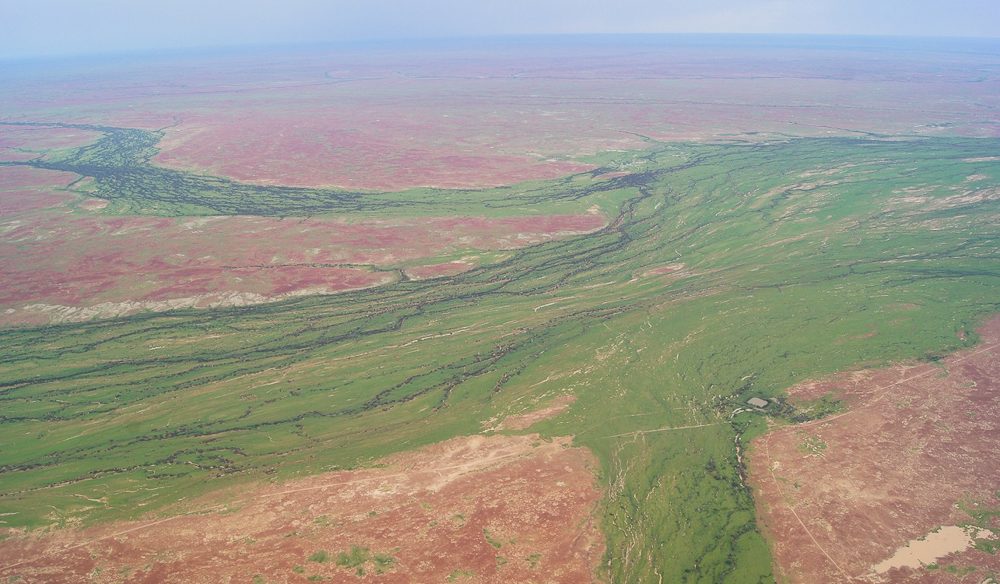 “It’s pretty spectacular at any time,” agrees Felicity Brown. “The sheer expanse of the lake is the thing that strikes everyone who flies over it – water or not.

“If it’s dry, you get this glimmering white salt pan stretching out off into the distance or if it’s rained, the water stretches off to the horizon, looking like the inland sea that I’m sure some of the early explorers thought it was.”

When the rains and monsoon waters align, the outback in and around Lake Eyre comes to life, attracting fish and birdlife en masse. If you’re lucky, you’ll also catch an eyeful of the famous pink hue off the lake, caused by a micro algae known as dunaliella salina, common in salt water and other pink lakes of Australia.

“The best part of a flight over Lake Eyre is flying over the creeks and the waterways leading into the lake – that’s where you’ll see the most birdlife,” says Felicity Brown. “Things like pelicans (in a big year) and all sorts, like banded stilts and wrens, plus plenty of the usual outback birds, like crows and galahs.”

One of the most popular routes for scenic flights is to head up the Warburton Groove and Warburton River and come back down the Birdsville Track (you may need to take an extended flight to reach this area, depending on where you take off from). There’s plenty to see on Eyre’s periphery too. 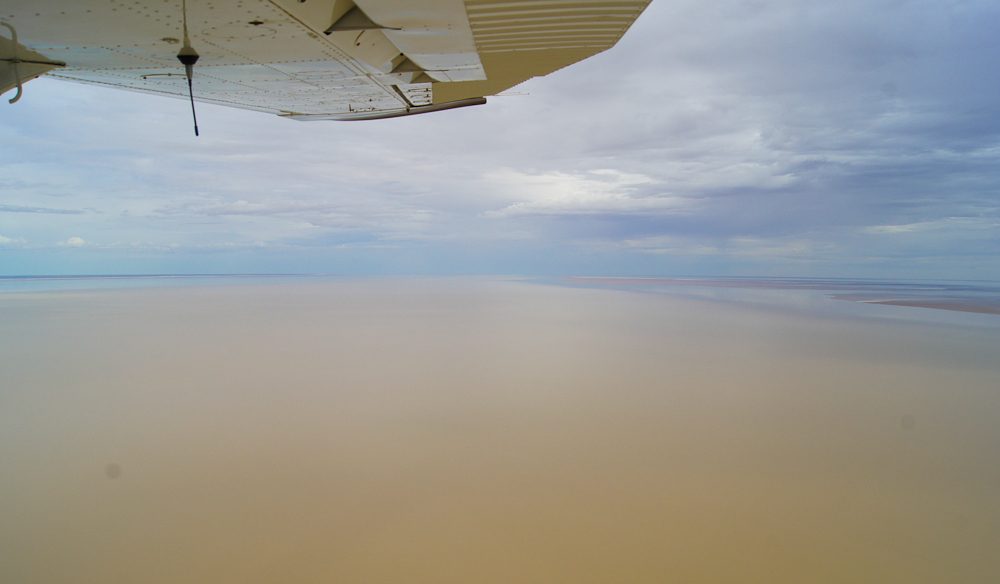 “My highlights are the huge erosion on the dunes at the north end of the lake in the Tirari Desert,” says Trevor Wright. “The diversity of coloured sandstone is amazing.”

Can I drive to Lake Eyre?

At William Creek (at the centre of Australia’s largest cattle station, Anna Creek) there is a hotel, garage, restaurant (when it’s busy) and a caravan park with en-suite rooms and camping. It is on the Oodnadatta Track and offers easy access to the lowest point in the lake (and in Australia), which is 15 metres below sea level. William Creek can be accessed via Coober Pedy (170 kilometres) by the unsealed William Creek Road (okay for 2WD when it’s dry).

Marree is more accessible from the Flinders Ranges side, and is the starting point of the Birdsville Track (685 kilometres north of Adelaide). There is accommodation, fuel and, of course, a pub here. It’s possible to drive to Marree from the Flinders only passing a couple of short stretches of gravel. 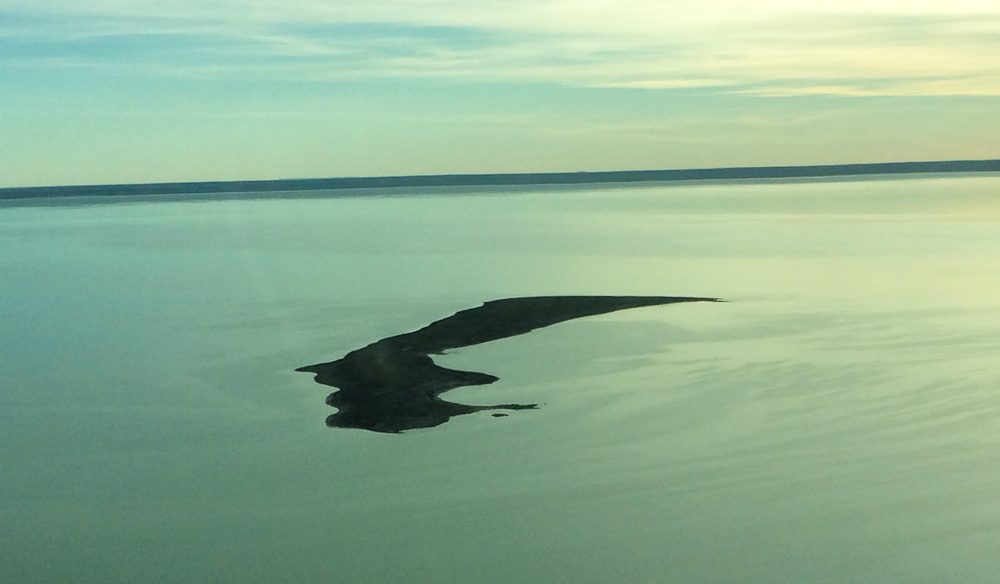 Note: Obviously a 4WD is preferable for both these journeys, especially if you want to drive to the lake’s edge (no driving on the lake). The public access routes (pastoral tracks) are suitable for 4WDs only. Plan well ahead if you’re planning a summer trip out this way (fuel, water, food, extra spares etc) because the temperature can head into the 50s (yes, 50s) between November to March.

In the big deserted patch of outback Australia, strange, strange things can happen.

“From time to time you see unidentified flying objects around the lake because you’re in a really remote area,” says Trevor Wright. “It gets really dark at night and tends to accentuate anything that’s moving through the area.

“About five or six times a year, in the right weather conditions, you can also get a salt fog over the lake. So up to about 100 metres it’s like being in a thick impenetrable fog, but it’s actually salt. It’s spooky.”

When there’s water in the lake, flying over it can bring its own challenges too.

“You have to be really on your guard when it’s overcast and it’s a blanketed dark sky,” says Wright. “You can lose your horizon, and the water will blend into the horizon – it’s just one big expanse. You can also lose your depth perception. But you just use your instruments so it’s still safe.”

Bob Backway founded the Lake Eyre Yacht Club (LEYC) in 2000. There are 230 members, from all over Australia, and even one from Texas.

The Marree-based club holds a regatta that can include 100 people, like back in 2010 when “for the first time in 20 years Cooper Creek made it to Lake Eyre,” according to Commodore Bob, who says he sails on Eyre in some capacity about every two years.

People first started sailing there in earnest during the big floods of 1974. And when this part of the outback is in flood, the sailors go crazy.

“In a good year there are hundreds of other lakes, and a couple of thousand kilometres of temporary rivers, some as big as the Murray, in the desert and it’s sort of a competition to find a new lake and sail in it,” says Bob. “You can go out over the horizon so when you run aground you stand up and can’t see anything but water and you have to use your compass to get back.”

The facts: Eyre by numbers

• Is Australia’s lowest point (15 metres below sea level) and its drainage basin covers 15 per cent of the continent. The two lakes are joined by the 15 kilometre-long Goyder Channel

• Is located in northern South Australia but its catchment area extends to New South Wales, Queensland and the Northern Territory.

• Eyre hosted the 1964 world land-speed record by Sir Donald Campbell, in the Bluebird (710 kilometres per hour).