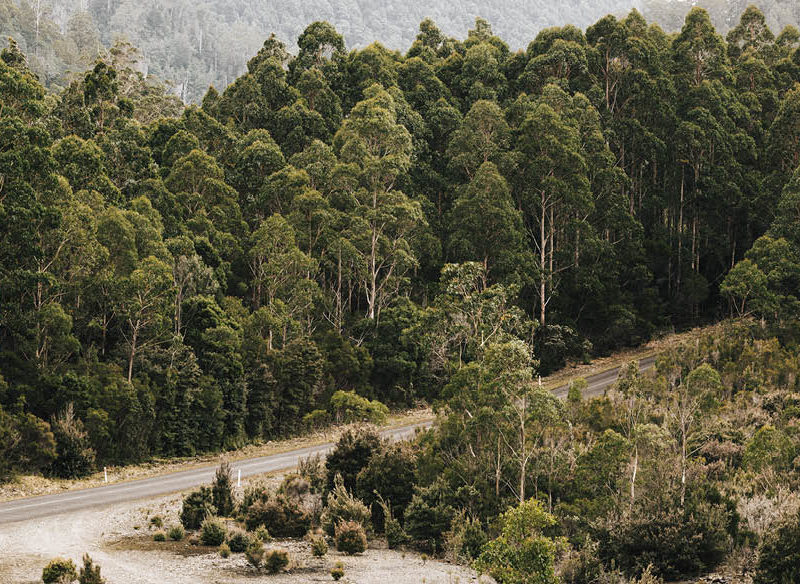 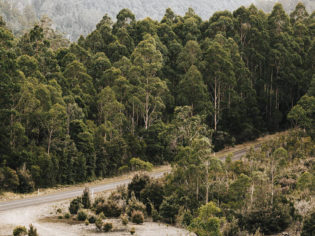 With the beach to yourself and cheese for dinner, fancy hotels will be the last thing on your mind when you take to the road in remotest Tasmania and Bruny Island.

Imagine yourself sitting on a deserted, white-sand beach beside an orange, crackling bonfire. The sun is setting over waves that build then break in crystally-white smashes against the rocks. You’re the only one there; there aren’t even any houses to be glimpsed through the green, bristling bush. You’ve got a good bottle of beer and a comfy chair, and staring out to the end of the earth as the sky darkens is your only entertainment for the evening ahead.

No, you’re not at a world-class hotel reputed for its spectacular – expensive – seclusion. You’re on Bruny Island, Tasmania’s little sister, and this is Cloudy Bay, one of many beaches you can have all to yourself if you choose to opt for the discerning traveller’s new best friend: the campervan.

We know, we know – you don’t do camping. Well, frankly, neither did this writer. There is nothing worse than waking up with a sore back and condensation dripping on your face inside a lung-tighteningly cramped and poky catacomb, and not even having the option of a shower to wash away the shame. But campervanning feels different: a) you’ve got a shower, and b) you’ve got a real bed, a real cooker and a real table. It’s a miniature house on wheels; like a Polly Pocket, sort of. What’s not to love about that?

In Tasmania, you can pick up a campervan just by Hobart Airport at Cruisin’ Tasmania (what a name!), and set off on your way. There are various vans available but we’d recommend one with a shower-fitted WC and a permanent bed (you know how much you hate changing your sheets? Imagine having to do that every night… getting a permanent bed in your van is worth it).

From the airport, drive for around 45 minutes to get to Kettering, the ferry port for Bruny. The ferry only takes around 20 minutes, so make sure to get that lazy ass out of the van to look at the views, even only for a few minutes – it’s a spectacular crossing between these two remote, pastoral islands.

Driving south on the island, you’ll past by Bruny’s most celebrated offering: Bruny Island Cheese Co. Take a pit stop and spend time tasting and choosing some of its famous cheeses; grab a loaf of wood-fired bread and a selection of condiments. Make sure to pick up a bottle of the seriously delicious, house-made braggot – made from equal parts Tassie barley and Meander Valley clover honey from the foothills of Mount Wellington, it’s a deeply-golden, silky-smooth, floral-rich, mead-like beer worth every ounce of its 11.4 per cent (*hiccup*). That’s dinner sorted.

On South Bruny, drive all the way to the end of Cloudy Bay Road, as far as you can go. There’s a sandy car park there where you can pitch-up for the night, right on the beach’s edge. If you go back around 600 metres or so, there is another car park on the left by a forested camping area called The Pines, where you can collect pinecones and firewood for your bonfire later on (make sure you’ve brought firelighters from mainland Tassie – there are very few shops on Bruny and none near here). Once you’re parked, you’ll see a footpath that takes you to where the surf is (it’s a decent walk, but if you’re a surfer, that shouldn’t put you off). For all those non-surfers, get your book out – it’s just you and the quiet for as long as you choose to stick around.

On your way back to mainland Tassie, stop off at Get Shucked just before the Bruny terminus for a dozen or so local oysters – salty and creamy, they’re famous for a reason. Rushing for the boat? They have a drive-through with packs ready to go, so you can be in and out in a couple of minutes, and can eat your briny wares waiting in the queue at the crossing, or on the boat itself.

Back on busier, mainland Tassie, it’s harder to know where to park. A tip: you’re always better off in a remote car park than on a busy street. Not only does it mean you won’t annoy the locals, but you also won’t be woken up every five minutes by cars roaring past – it’s noisy, and your van will be rocking for all the wrong reasons.

A nice place to stay the night before you fly off the island is Pirates Bay, less than an hour’s drive south-east of Hobart Airport. Driving back from Kettering to get there, it’s only a brief detour to swing by MONA, so you’ve really got no excuse not to soak up some culture (even if you just visit to experience the building itself, this feat of architecture – like a Bond’s lair reflected in the water – is worth the stop). Down at Pirates Bay, when you turn off Arthur Highway onto Blowhole Road, on your left you’ll see a car park. It has a table and chairs overlooking the beach and even some rather swish toilets (stainless steel fittings and plywood walls – all the rage, you know). Sleeping here is free, and in the morning you can walk down to the beach with your cuppa, climb some rocks and be all alone in this beautiful, remote place.

The airport – and life as you know it – may well be your next stop, but what a way to take a breather. It’s the sort of weekender that puffs new life into you. Who needs fancy hotels anyway?

Can’t get enough of the outdoors? Check out our guide to camping holidays in Australia or everything you need to know about walking and hiking in Australia.