12 of the newest bars and restaurants in WA 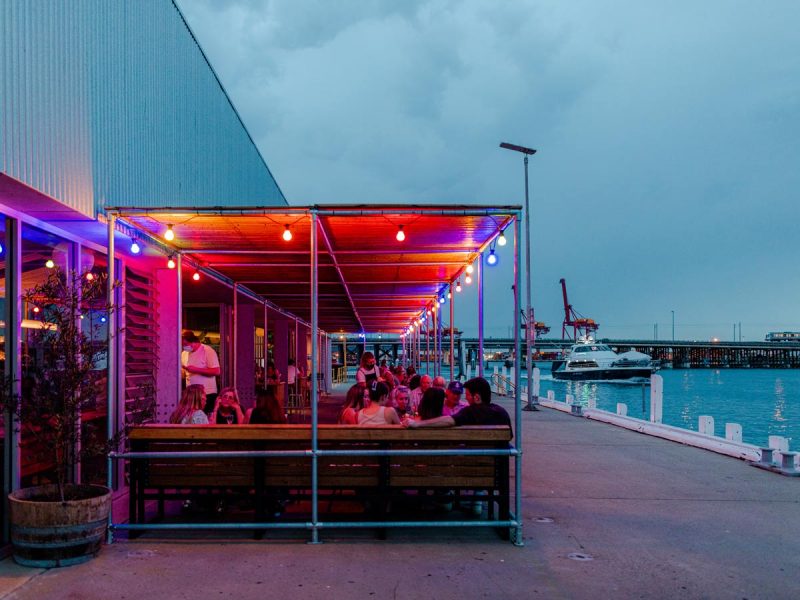 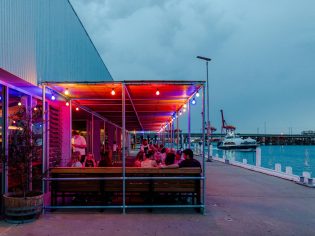 Frui Momento means ‘enjoy the moment’. Just under three hours from Perth in the Margaret River region is where you will do just that at one of the most exciting destinations for dining in Australia right now. While the region has had gastronomic credibility for decades, restaurateur Seth James has upped the ante in Wilyabrup with his collab with winemaker Larry Cherubino, creating a venue that is as much about the wine as the food. 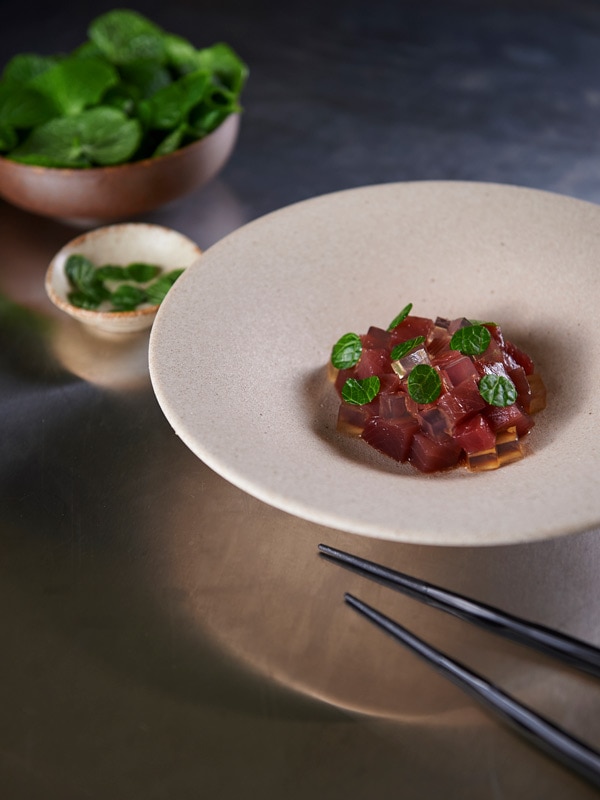 The venue is as much about food as the wine. (Image: Frances Andrijich)

The space includes a 50-seat restaurant and a raw bar and Champagne lounge where you can get a bump of caviar and glass of bubbles. The venue will have more than 200 wines from the Cherubino vault, as well as a selection of local and international drops. James spent eight years cooking at the critically acclaimed Wills Domain before decamping to Frui Momento. Expect local Albany scallops and scampi sourced from the state’s northwest at the destination diner – all rustic timbers and sandstone – which overlooks the stunning vineyard, lake and rose garden. 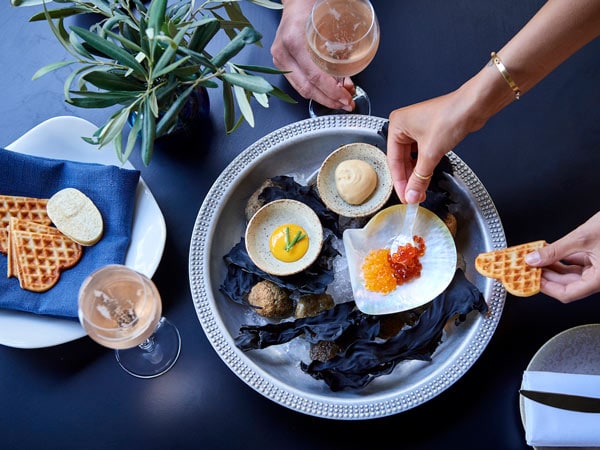 Known as ‘Architects of Revelry’, local hospitality group Sneakers & Jeans have flung open the doors to Pirate Life Perth, one of the city’s most vibrant new venues. The tribe at Sneakers & Jeans joined forces with Pirate Life co-founders Michael Cameron, Jack Cameron and Jared ‘Red’ Proudfoot to open Pirate Life Perth in the old Sony Centre, minutes from the city’s CBD. The sprawling space also serves great food and cocktails, some of which are flavoured with hops. 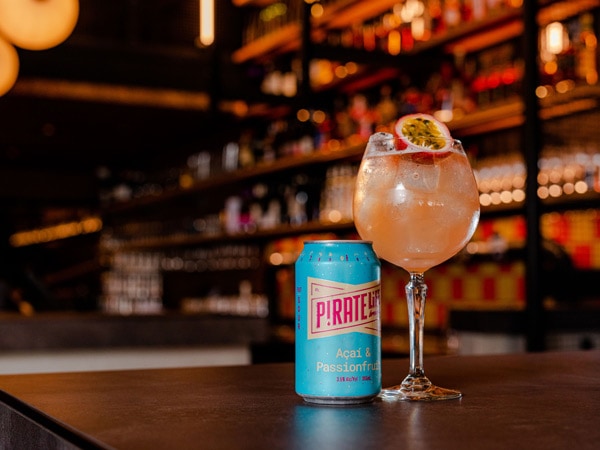 It’s customary to corkscrew around the Swan Valley to sample wines grown in WA’s oldest wine region. But the state has a reputation for its premium spirits, too, with distilleries such as Old Young’s shaking up tradition while showcasing WA’s bounty. Chef Rohan Park (ex-Leeuwin Estate, Wills Domain) has been lured in to lead Old Young’s Kitchen, the diner adjacent to the distillery. And just like the old-meets-new approach in the distillery, Park experiments with ingredients infused with Old Young spirits and native flavours. Try the crocodile chorizo or burnt meringue with spent botanic crumb. 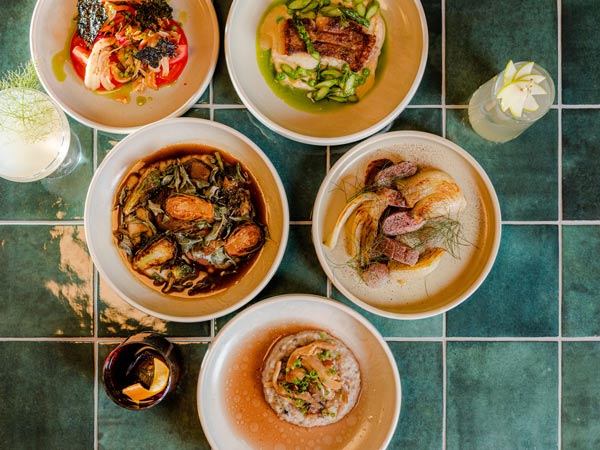 Gage Roads Freo now has a new HQ in Fremantle port where the views match the pours. In addition to a solid selection of beers, foodies will also feel the pull of a pilgrimage to the new brewpub for dishes such as kingfish tacos and lobster rolls. Over $10 million has been spent to spruce up the cargo shed which was, up until recently, a ramshackle site – built in 1926 – on the Walyalup waterfront. Kick back in the revitalised space, made from jarrah and sandstone, to enjoy beers such as the Single Fin summer ale and Pipe Dreams coastal lager, which are both nods to Freo’s surfing culture.

The grass is greener at Raintree, the 356-hectare property that is the new drawcard in Denmark thanks to its dynamic distillery and farm-to-table restaurant, The Dam. As well as being a working farm with 200 black Angus cattle, black truffles and marron, the diverse agri-business uses regenerative practices to harvest cannabis sativa (hemp) for its CBD Spirits that, despite being THC-free, are still pretty potent. Take a behind-the-scenes tour of the venue, which has been constructed out of heritage timbers, hardwood sleepers and granite stone sourced from the Rainbow Coast.

Jetty Bar & Eats is all corrugated iron, sustainable lumber and concrete, a nod to the shipping containers that are so emblematic of the famous Fremantle port. The 120-seater bar is located on Fremantle’s East Street Jetty and the cool, timeless interiors designed by Kate Archibald celebrate that lovely locale. Prepare to see a mix of men with man buns, cute couples, and families at the vibing venue, located on the Swan River between the bridges overlooking the port.

Sit outdoors under a metal and bamboo-clad awning festooned with fairy lights or inside the light-filled space to enjoy bang-on bar bites such as patatas bravas or polenta and parmesan crispy whitebait and a substantial range of wines and cocktails. 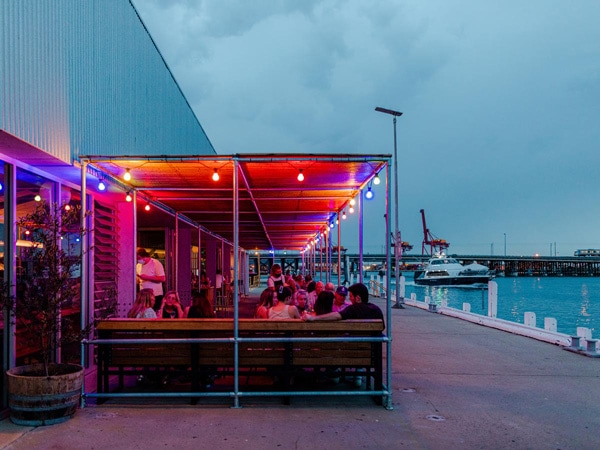 Enjoy a meal and a drink at Jetty Bar & Eats in Fremantle overlooking the Swan River between. (Image: Danica Zuks)

Kelp-aged kingfish, behl puri of charred broccoli, green mango and avocado, smoked eel betel leaf. If you were to scroll through the menu at Will Meyrick’s newest restaurant, Will St., you might think it’s tethered to his sister restaurants Sarong and Mama San, located on the tropical island of Bali. But the Scottish-born restaurateur has recently relocated from Indonesia to Leederville in Perth, opening Will St. in the former La Vida Urbana site, which has been reimagined by Paul Lim of Mata Design Studio. The 120-seater space mirrors the earthy tones of the Australian landscape, with grand sandstone walls, blackbutt timber floorings and artful displays of wildflowers. 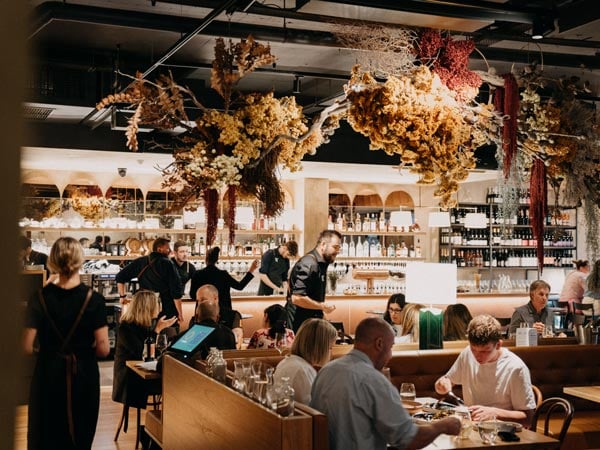 Will St. restaurant is a 120-seater space that mirrors the earthy tones of the Australian landscape. (Image: Shot By Thom)

FOMO is a Russian Babushka doll of sorts, revealing different layers as you delve deeper into the labyrinth of atmospheric laneways. There’s an American-style bar, Australia’s first-ever dedicated fried ice-creamery and a mini golf course on the ground floor of the $270 million redevelopment of Walyalup Koort (Fremantle’s Kings Square). There’s also a games arcade for adults, dumplings and ramen, and a New York-style cookie joint. No need for fomo; park yourself on a bench and take in a slice of daily life as Freo locals parade along the pedestrianised mall. 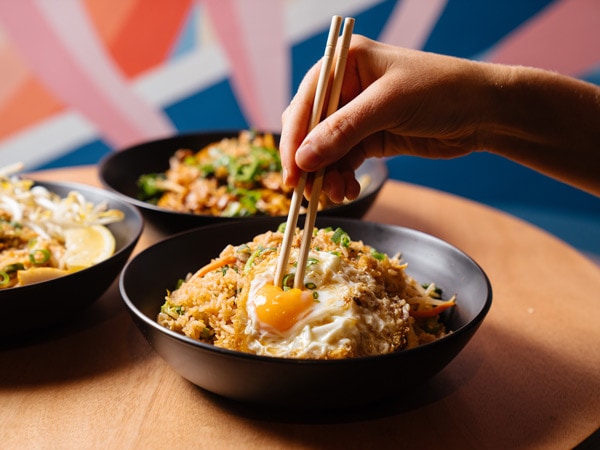 FOMO reveals different layers as you delve deeper into the labyrinth of atmospheric laneways. (Image: Shot by Thom)

Rottnest Island has got a lot to offer beach bums, from its cute-as quokkas to its turquoise coves for swimming. And now visitors can let their salt-soaked hair down at Isola Bar e Cibo, where the après-beach scene is buzzing. Chill out with other bronzed and beautiful people at this toes-in-the-sand hang that takes its inspiration from the Isola di Capri on Italy’s Amalfi Coast. Sit on the sprawling deck to enjoy easy beats from the house DJ while grazing on sublime WA seafood and sophisticated aperitivos. Reason enough to stay on Rotto until sundown. 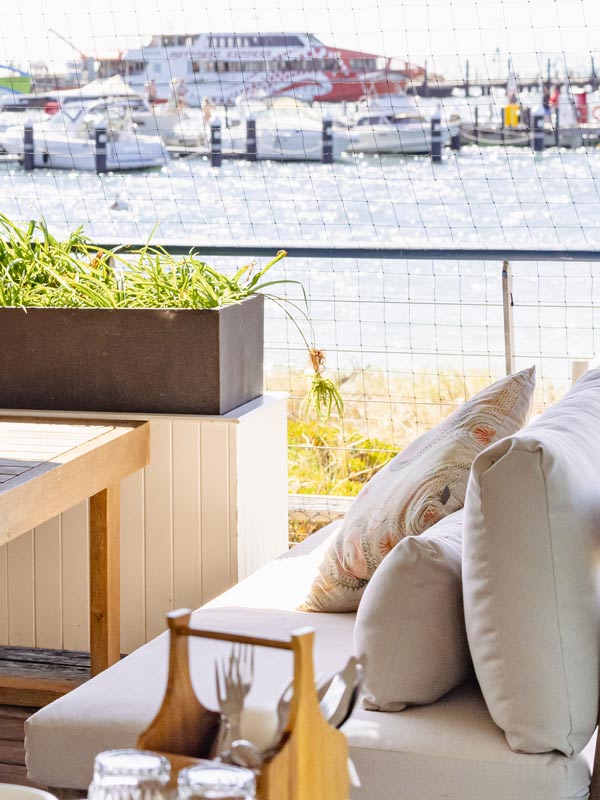 Gourmands visiting WA during truffle season are in for a treat with Earn Your Vino curating a series of Beneath the Surface events that give the prized fruit of the fungi top billing. Truffles, Pinot ’n’ Produce: Pemberton’s Earthly Delights is an all-inclusive package that includes four night’s accommodation at luxurious Stonebarn Lodge, as well as hands-on experiences such as a truffle hunt, a honey harvest and tastings and tours of local wineries, such as Picardy Estate. 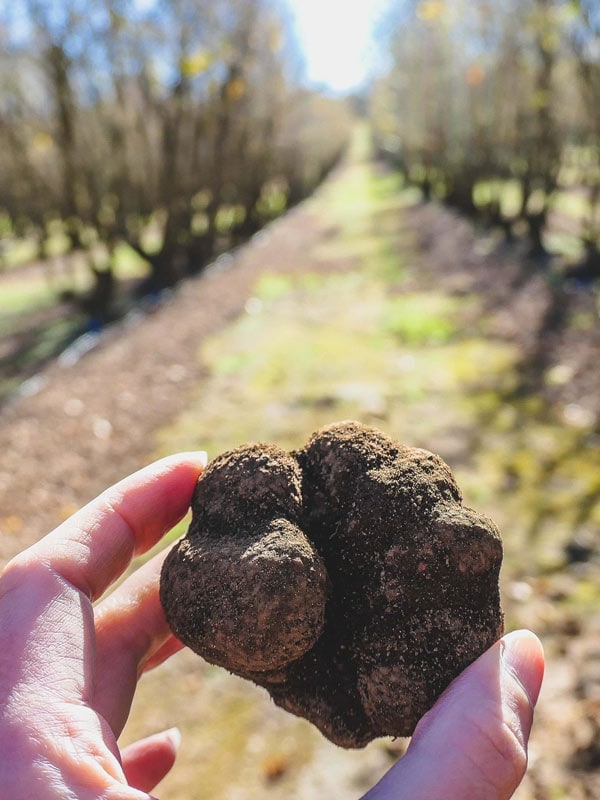 Earn Your Vino curated a series of events that give the prized fruit of the fungi top billing. (Image: Cassandra Charlick)

There are also guided hikes through towering karri forests where you will well and truly ‘earn your vino’. Wine and travel writer Cassandra Charlick and experiential tourism expert Stepan Libricky designed the series, held from 25–29 July, 8–12 August, and 22–26 August, to honour the premier food and wine producers in the state. 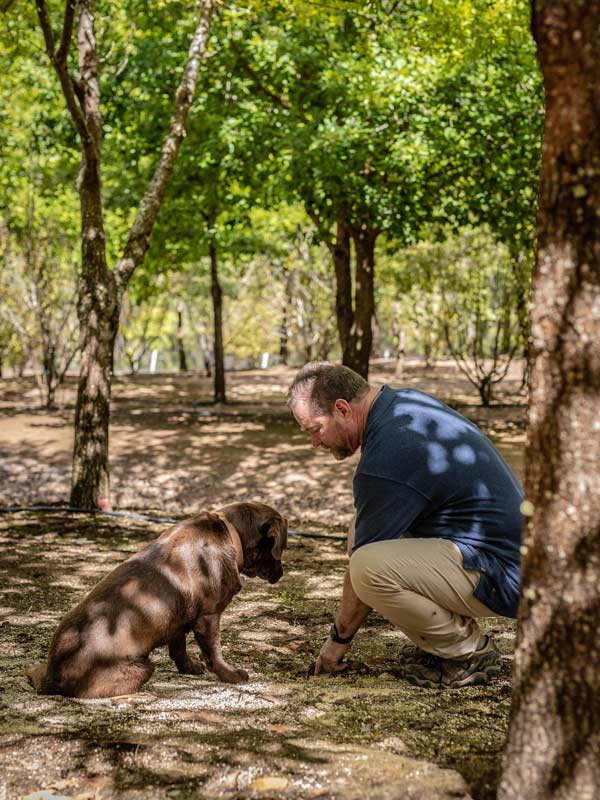 There are also guided hikes through towering karri forests where you will well and truly ‘earn your vino’. (Image: Cassandra Charlick)

The Beaufort is a hip and happening hybrid hospitality venue that spans three levels and includes a beer and wine garden with rooftop terrace, modern Asian restaurant Lotus, and hidden cocktail bar, Cypher. Start with hot, sour, salty and sweet pan-Asian plates from the Lotus Feed Me banquet, before accessing the playful Candy Bar on the rooftop for a few cocktails and boogaloo on a dance floor surrounded by a tiered jungle. And, just when you think you’ve seen it all, stumble down to the subterranean speakeasy with your favourite squeeze via a secret entrance to enjoy live music and libations from one of the most extensive spirit lists in Perth. 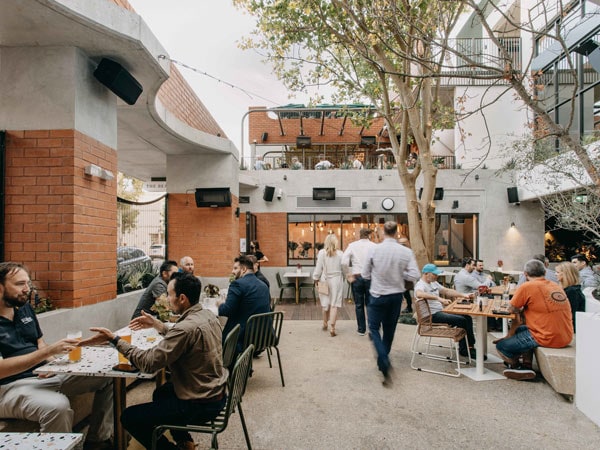 The Beaufort is a hip and happening venue for hybrid hospitality. (Image: Shot by Thom)

The Winston Cabernet Shiraz claret-style wine, which won Silver at the 2021 Decanter World Wine Awards, is a blend of 70 per cent cabernet sauvignon and 30 per cent shiraz. It was made using hand-harvested fruit sourced from the Wilyabrup vineyard and aged for 18 months in French oak barrels. Cabernet shiraz is often referred to as ‘The Great Australian Red’ and the 2019 vintage is a great example of this rich, flavourful blend: think dark berries, plums and cedar notes with a lovely lingering finish. 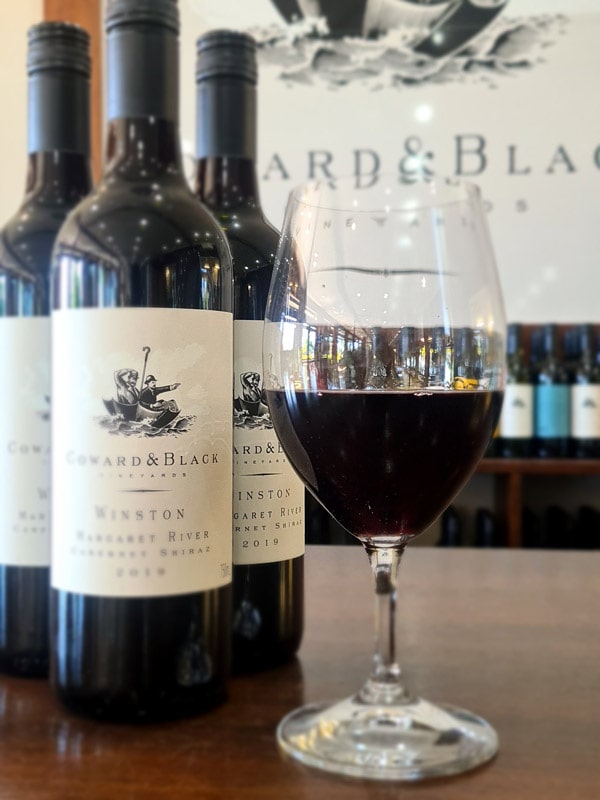 Cabernet shiraz is often referred to as ‘The Great Australian Red’.

Bar Rogue has colonised the two-tiered space once home to Jungle Noir and Mykonos and given the Beaufort Street building somewhat of a grungy glow-up, adding to Mt Lawley’s status as one of Perth’s corners of cool. The newly realised bar is popular with Mt Lawley locals who head here for lobster tacos and cocktails. Brought to you by Liam and Sarah Atkinson of Le Rebelle, also on Beaufort Street, the dark, snug bar presents like a scuffed-up speakeasy with exposed brickwork, a mix of concrete and timber flooring and a cool statement chandelier. 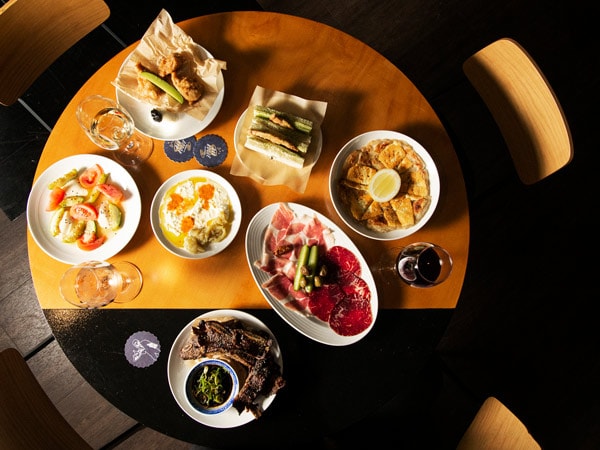