The phenomenon that locals refer to as “Kimberley magic” 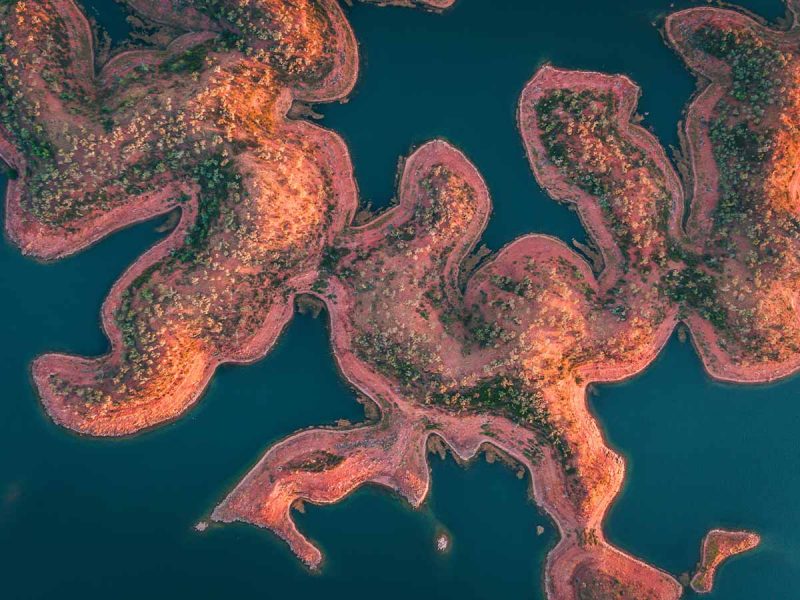 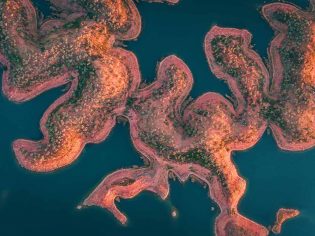 Visit once and be changed forever. That’s the magic of the East Kimberley, where the exhilarating thrill of its singular beauty and unique experiences fills the senses and touches the soul.

East Kimberley has an intangible power exuding from its depths that intoxicates; it’s a magnetism that draws people back time and again to explore the landscape, which has been billions of years in the making. Whether you journey by air, road or boat (or ideally, all three), experiencing this part of Australia’s rugged North West is at once spellbinding and humbling. 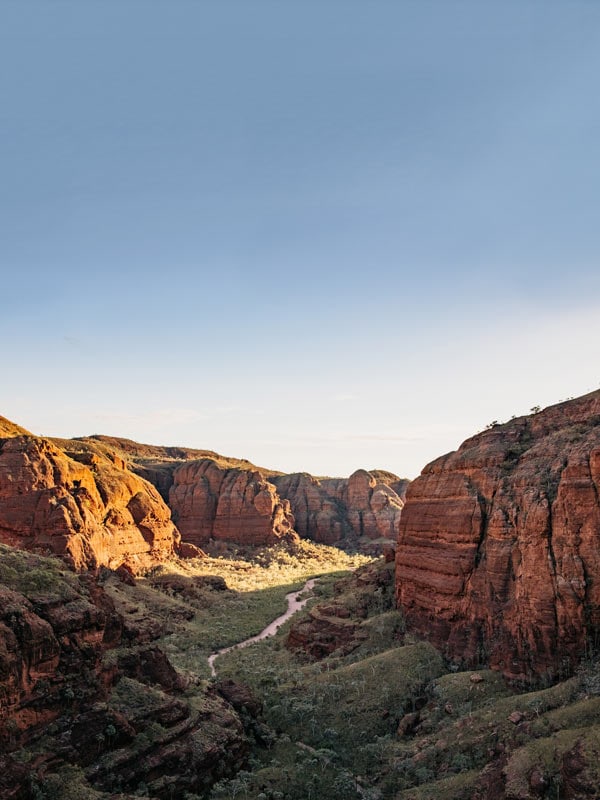 Purnululu National Park is home to the geological marvel that is the Bungle Bungle Range. (Image: Tourism Western Australia)

The journey begins in Kununurra

Landing in the heart of Miriwoong and Gajirrabeng Country, Kununurra presents as the ultimate outback town. The remote outpost, just a stone’s throw from the Northern Territory border, feels like it has a population of 500 instead of the official figure of 5300. While it has all the requisites to make it the ideal hub for the region, and for the explorers who pass through here – accommodation options, supermarkets, eateries, pubs, hardware stores, all the essentials – east Kimberley’s biggest town also has a vibrant personality that makes it a captivating destination in its own right.

It usually takes less than a day for visitors to fall under Kununurra’s spell. With an unpretentious vibe and welcoming locals, every interaction here is effortless, every experience is worthy of note and every gem beyond its limits – the Ord River, Mirima National Park, Purnululu National Park – is absolutely breathtaking. Unwavering worship usually follows quickly after, a phenomenon that locals refer to as “Kimberley magic”. 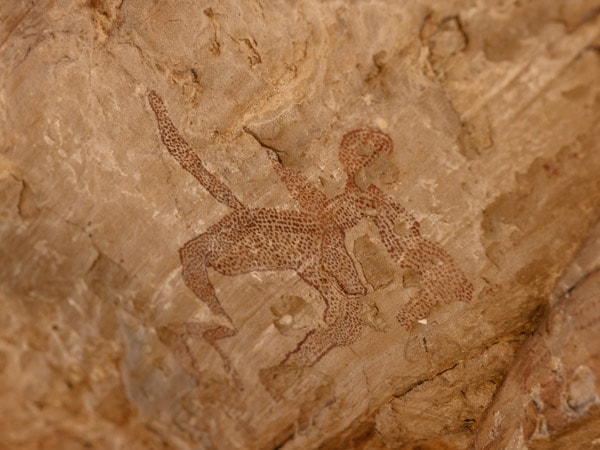 Exploring the town on my fifth visit, I pass local and Aboriginal art at Artopia Gallery, Artlandish and Waringarri Aboriginal Arts, and jewellers selling the coveted Argyle Pink Diamonds, mined less than 200 kilometres away at the now-shuttered Argyle Diamond Mine. The rare pink beauties on display range in colour from vivid magenta to the softest blush, and increase in value roughly 12 per cent per year, or so I am told.

Shades of pink run through Kununurra, particularly at sunset, when locals gather to watch the blazing orb’s slow retreat from the sky at Kelly’s Knob, a lookout located five minutes’ drive from town. As I join them in their daily vigil under a watercolour sky, I stare out to views over seemingly infinite plains of red dirt studded with spinifex, leafy palms and fat boab trees. Cracking open a cold one, I perch on a boulder as the night sky starts to reveal itself, a mesmerising process that makes my jaw, as well as my shoulders, drop. 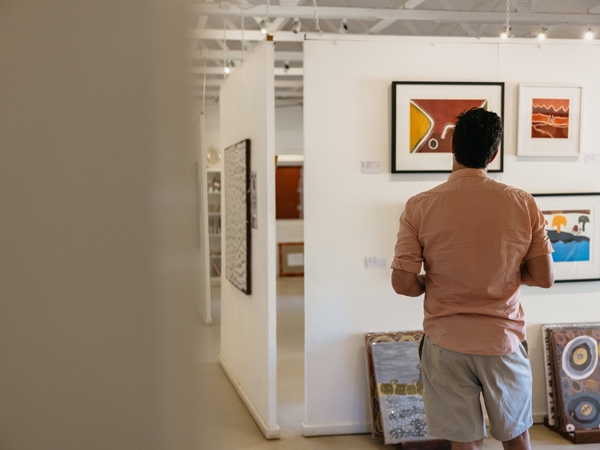 I rise before the sun at 5am to head to Mirima National Park, just two kilometres outside of town. Also known as Hidden Valley, Mirima is the name given to the area by the local Miriwoong for whom the area is of rich cultural significance. Under a rose-coloured sky slowly edging towards blue, the two-kilometre Gerliwany-Gerring Bana Entry Trail meanders through peaceful gorges to a picture-perfect vantage point.

En route, I spot a hopping rock wallaby, pretty little wildflowers and a family of chirping finches. At the lookout, the impressive view – of the prehistoric protruding rock formations that the park is known for – is cast in golden morning light. Formed some 300 million years ago, the weathered sandstone rocks are often referred to as a mini Bungle Bungle Range. Although they stand in silence just minutes from town, I’m the only person here. 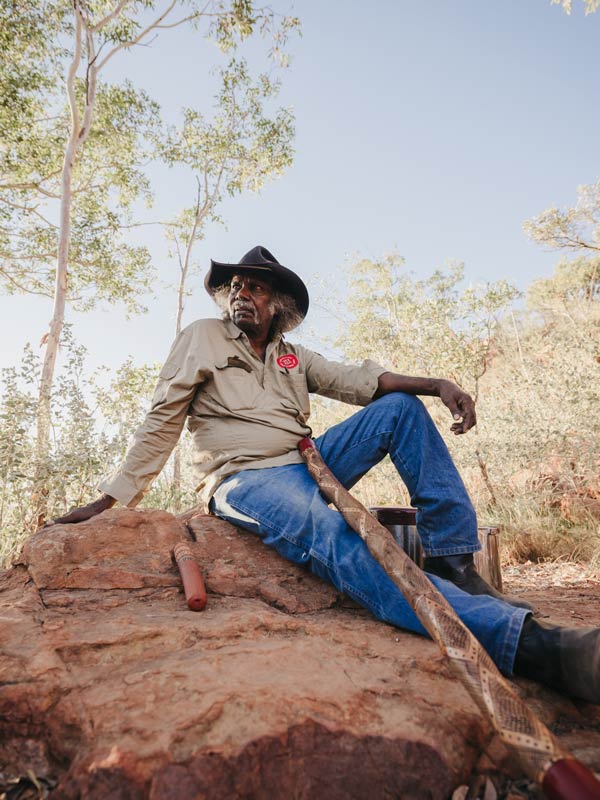 Cool off at Lake Argyle

I head back to National Highway 1 and drive for an hour to Lake Argyle, pulling up at the eponymous resort’s famous infinity pool. I plunge in enthusiastically and float blissfully in the silky waters as I get the all-important money shot for Instagram. Once out, I recline on a sun lounge, soaking up the warmth of the sun and the entrancing views over the lake so big it’s classed as an inland sea.

The outback journey to this beautiful expanse, with hardly another soul in sight, really feels like getting away from it all, and only acts to strengthen the region’s pull on me. The rolling scenes of spinifex, flowering shrubs, big skies, far horizons and distant ranges have me staring in awe and gratefully wrapping my arms around big, bulbous boab trees. 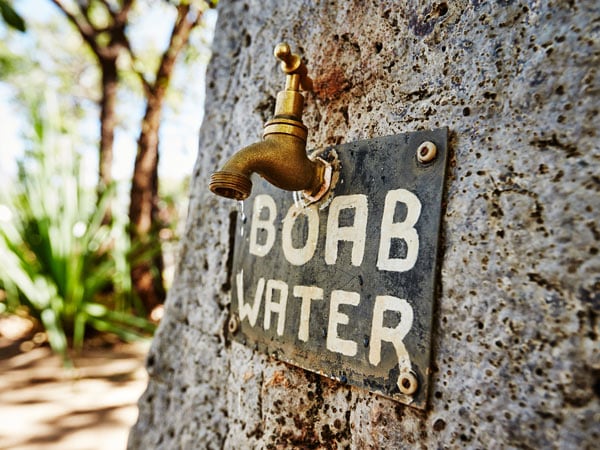 Tapping into the magic of a boab tree at the Emma Gorge Resort. (Image: Tourism Western Australia)

Taking to the skies on the Bungle Bungle Wanderer Tour

The grand scale of the Kimberley is possibly best appreciated from the sky. Less than 10 minutes’ drive from town, adjacent to Kununurra Airport, I arrive at Aviair for a Bungle Bungle Wanderer Tour. I board a 13-seater Cessna, strap in and don a headset, ready for take-off.

We ascend over the Diversion Dam, the scene below tracking the Ord River as it snakes through 14,000 hectares of farmland in varying shades of green, patchworked with plantations of chickpea, pumpkin, sandalwood and mango. Within 20 minutes, we circle Lake Argyle as the pilot says that at normal capacity, it holds 17 times the volume of Sydney Harbour, and when it floods, that swells to a staggering 70 times. He also lets slip that the Ord River is home to some 35,000 freshwater crocodiles, aka, the friendlier ones. 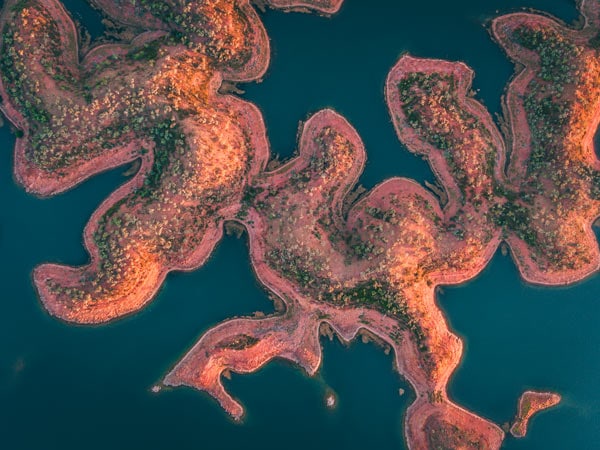 After another 20 minutes in the air, we’re above the UNESCO World Heritage-listed Purnululu National Park and the inspiration for the tour, the Bungle Bungle Range. The whimsical hunched mounds pop up from the Earth and look like brown striped beehives from a Winnie the Pooh book – only supersized. There are so many of them, each with distinctive layers of rock built up over 350 million years, that it’s incredible to think that they were known only to the area’s First Nations peoples until the early 1980s. 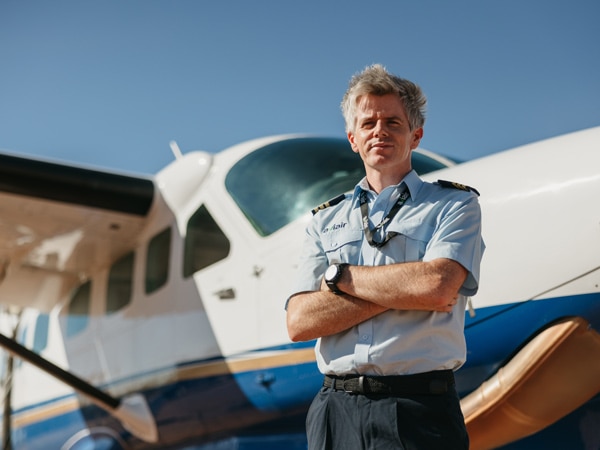 Take a scenic flight over Kununurra and its surrounds with Aviair. (Image: Tourism Western Australia)

Landing on a gravel airstrip, we’re transferred to a 4WD and taken to the starting point of our walk. Flying over the Bungle Bungle Range is one thing, but walking amid these noble giants elevates the experience to another level. Dwarfed by the towering 300-metre rock stacks, I’m filled with a sense of my own insignificance. The magic of the Kimberley is definitely present here; it feels mythical, sacred even. The traditional custodians, the Gija and Jaru people, have lived in these parts for 40,000 years and our guide points to rock paintings of boomerangs and the outline of hands on a wall tucked beneath a rock shelf.

The relatively flat hike continues to Cathedral Gorge, our lunch stop. We take it in turns to sing, shout and listen to the acoustics bouncing off the rounded rock cavern walls as we sit around the waterhole. As I climb back into the plane, I kick myself that I didn’t opt for an overnight stay at Bungle Bungle Savannah Lodge, to sit around a campfire and relive the day with fellow travellers before retiring in a deluxe safari cabin under a blanket of infinite stars. 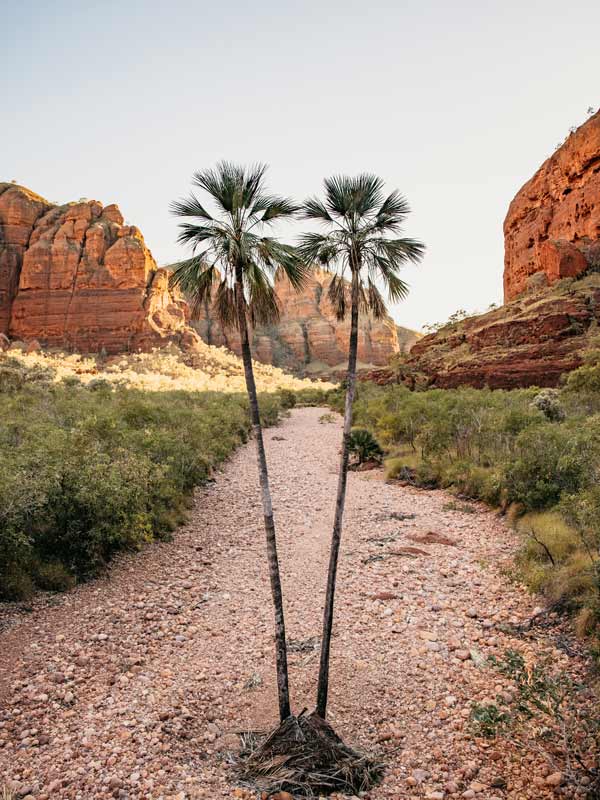 Sunset or sunrise are good times to cruise along the Ord River, the life force of the region. It’s an unmissable experience and, for me, it’s where the Kimberley’s spell intensifies. I meet our skipper, Dylan Lodge, of Triple J Tours, at Celebrity Tree Park on the banks of Lake Kununurra. Once on the water, he points out plovers, darters and other birdlife as the boat glides across the glassy river. Dylan explains that 6000 freshwater crocodiles inhabit the river; the big freshies, as he calls them, can’t be seen but he does find a baby croc and swings the boat around for photos.

We pass Carlton Ridge, known as Elephant Rock, a giant formation resembling an elephant’s head and trunk and further along at Carlton Gorge, the Ord is flanked by 50-metre tall rusty-brown angular rock walls, some streaked with black marks, the stained remnants of wet- season waterfalls. It’s like a slightly wonky Lego build on steroids.

With every trip to Kununurra – my next is in the planning already – the vast, untouched land that surrounds it, dotted with fat boab trees, oases of lush palms with freshwater springs, and gorges the size of New York skyscrapers, engulfs me with a deep sense of wonder that reaches into my very soul. This is ancient country with unparalleled beauty that captivates all who visit it, as if by magic. 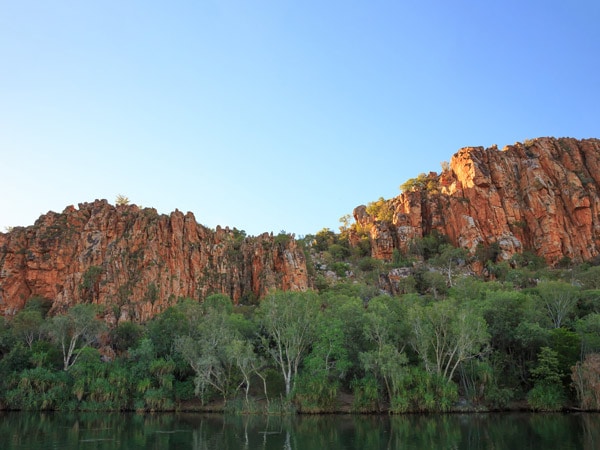 The dry season starts in May and usually kicks off with the annual nine-day Ord Valley Muster festival, which includes a black-tie dinner under the Kimberley stars. The wet season, from October to April, is humid with heavy rains but the payoff is an abundance of waterfalls to wonder at. The Bungle Bungle Range from above resembles a giant slumbering under a rumpled blanket. (Image: Tourism Western Australia)

How to Hike Emma Gorge Emma Gorge is one of the most popular trails in the Kimberley. (Image: Tourism Western Australia)