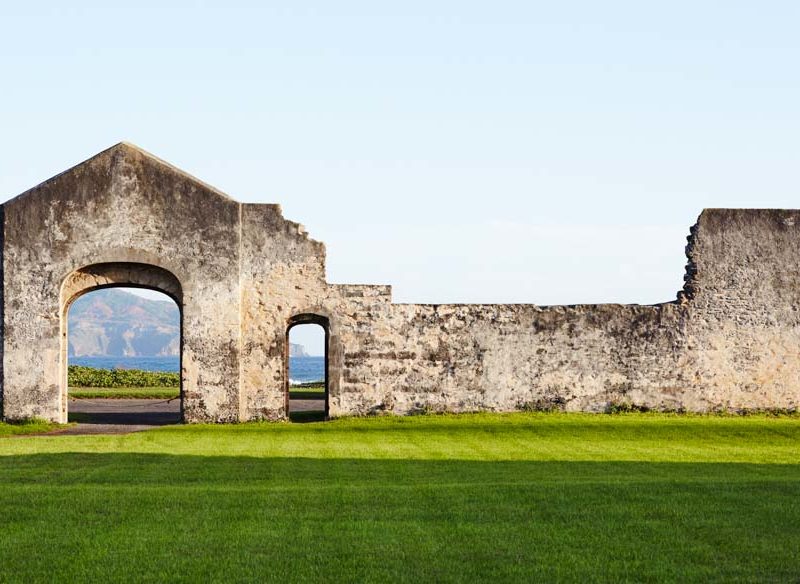 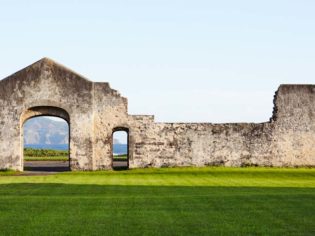 History can be traced through all things in this country: in red earth and rocks and pick marks in sandstone; in railway lines and regal buildings. We take a tour of some key sites that have defined the shape and spirit of modern Australia.

1. Head to The Rocks to step back in time

The Rocks is Sydney’s oldest neighbourhood, first constructed by convicts in the late 18th century.

It charts the history – from the 1840s to the 1970s – of this traditionally working-class area through four houses built by Irish immigrants in 1844 that have survived slum clearances and redevelopments, with well-preserved details and recreations of everyday life through the years. Entry is by guided tour.

2. Under the shade of a coolabah tree with Banjo Paterson

Banjo Paterson penned the famous bush ballad here and first performed it at the North Gregory Hotel in Winton in 1895.

The town’s Waltzing Matilda Centre – dedicated to a song that has helped define the Australian spirit – was rebuilt after a fire.

3. Take the historic high road over the mountains

Where: The Bells Line of Road, NSW

The alternative route over the Blue Mountains from Sydney, and a scenic drive before brown road signs existed, the Bells Line of Road twists and turns past apple orchards, sheer sandstone cliffs and through national park.

Following part of the route of a traditional aboriginal pathway, it was first established as a road in 1823 by Archibald Bell.

Today, you can soak in history, apple cider and mountain air with a leisurely drive and a few pit stops:

1. Set in a cottage built in 1825, Lochiel House is a cafe and restaurant with tenure: in 1851, the Sydney Morning Herald commended the establishment for its lodging, food and stabling.

Today its chefs create modern Australian cuisine and the setting is picture-perfect.

2. The long-established hamlet of Bilpin, ‘Land of the Mountain Apple’, makes good fruit: its reputation built on its fertile soil,
elevation and mild climate.

Visit Bilpin Cider’s cellar door to sample its range; from original to cloudy, Pink Lady or pear; or stop off at any of the fruit-picking orchards nearby.

3. A typical day in 1929 would see up to 100 cars drive the unsealed Bells Line of Road from Sydney to visit The Jungle; a 280-hectare conservation park that offered rainforest walking tracks and tearooms.

Today, The Jungle is part of the Blue Mountains Botanic Garden, and the journey there is smoother.

For more check out our Greater Blue Mountains drive itinerary.

4. In search of heaven and hell in the Pacific

Stone ruins of the once harshest penal settlement in the colony (dubbed ‘hell in the Pacific’) cut a stark contrast against the benign blue skies and sparkling sea views of sub-tropical Norfolk Island.

Albany’s National Anzac Centre is an essential experience for anyone looking to learn more about the ANZAC story.

Opened in 2014 to commemorate the ANZAC centenary, the impressive centre is set within the Princess Royal Fortress and overlooks the same harbour that saw over 41,000 men and women depart for the First World War.

From its wealth of source material, made up of interactive technology and historical artefacts, the centre shapes the experience into an extremely personal one: visitors are assigned one of 32 photographs on arrival, and follow the poignant story of a real life soldier or nurse throughout the exhibition.

The ANZAC Centre is now also home to artist Bruce Munro’s second art light installation in Australia, the first being the Field of Light at Uluru.

The gateway to the Red Centre, ancient and contemporary aboriginal culture, Alice Springs symbolises many facets of Australian life, and not least its settler history.

The township – which was originally named Stuart – began life in 1871 as a telegraph station on the Adelaide to Darwin railway line, an integral part of the engineering feat that was to connect Australia with the rest of the world.

(Before the installation of the Australian Overland Telegraph Line, news would take five months to reach Australia from England).

Once there were 11 telegraph stations on the route and today the Old Telegraph Station Reserve in Alice Springs is one of a few that remain, now preserved as a museum to tell this story.

Where: The Ghan, SA to NT

The Ghan – one of the world’s greatest train journeys – is named for the ‘Afghan’ cameleers (a misnomer because they weren’t all from Afghanistan) whose efforts from the 1860s to the early 1900s were crucial in opening up the Australian interior.

They paved the way for the Overland Telegraph Line from Adelaide to Darwin; and for this train route (which extends to Darwin, but originally stopped at Alice Springs).

So, sit back and journey into the past at 85 kilometres an hour.

A thought-provoking destination tucked within the idyllic Tasman Peninsula, Port Arthur remains one of Tasmania’s big draws for obvious reasons.

9. What they didn’t teach you at school

Find out more about Australia’s famous outlaw, Ned Kelly. The entire area is littered with stories of Australia’s most celebrated outlaw. Start in Beechworth, where Ned once won a 20 round bare knuckle boxing match and was initially incarcerated and his mother was sentenced to three years goal at the local court.

Where: The Museum of Australian Democracy at Eureka, Ballarat, VIC

Wander the streets of Ballarat to see evidence of Victoria’s game-changing gold rush in the mid-19th century.

But behind fancy façades lie complex histories; a visit to The Museum of Australian Democracy at Eureka. on the site of the 1854 Eureka Stockade, tells how a band of disenfranchised miners set in motion the democratic freedoms we take for granted today.