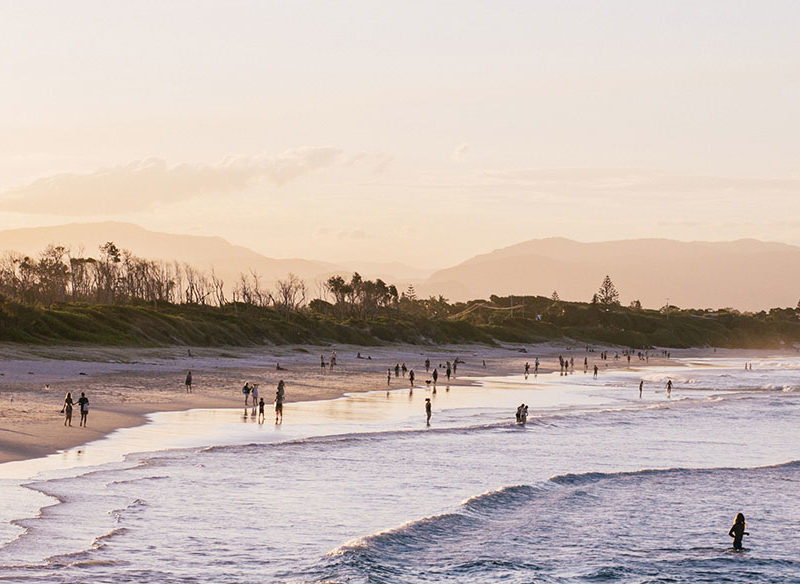 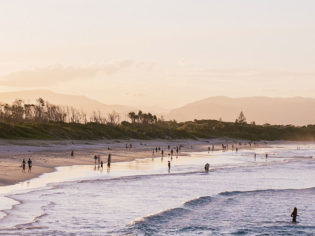 A decade after rating the best towns in the country, we revisit the list to discover how festivals, food and local determination can put a place on the map.

A lot can change within the space of a decade. In the past 10 years we have had six changes in prime minister (Kevin Rudd filling two spots after his less than triumphant return to the top job from June to September 2013) and five different national cricket captains (including Shane Watson for a grand total of one test match against India). Kylie Jenner has gone from being Kourtney, Kim and Khloe’s annoying little sister to the youngest ever self-made billionaire in the world, and the iPad wasn’t yet a thing.

So when we decided to focus our attention on Aussie towns for this issue, based on the continued popularity of our 100 Best Towns in Australia issue, published in 2009, it came as no surprise to discover that things have shifted over the years. Looking through the original list, some towns have increased in popularity, while the fortunes of others have faded; interestingly, some of today’s crowd-pleasers didn’t even rate a mention 10 years ago.

According to a report by the Australian Bureau of Statistics analysing the 2016 census results, the definition of what constitutes a town seems to hinge on population: a small town has fewer than 10,000 residents; a medium town, 50,000; and a large town, 100,000. Ranking firmly in the small town category (it has a permanent population of just a few thousand people when combined with neighbouring Bogangar), Cabarita Beach, located on the Far North Coast of New South Wales, didn’t get a look in on the 2009 list. But the sleepy seaside hamlet of wide beaches and cheerful locals got a serious injection of cool with the opening of Halcyon House in 2015.

A former 1960s construction of Besser Blocks and concrete, the property was adoringly renovated by owners Elisha and Siobhan Bickle, working with Brisbane-based designer Anna Spiro. The resulting luxury boutique hotel of 19 rooms and two suites is an insanely chic mélange of fabric walls, vintage and antique furniture, boldly patterned tiles and brilliantly distracting groupings of artworks that have come to be known as Halcyon Hangs. Add to this an award-winning restaurant that draws in locals and out-of-towners alike, and regular mentions on ‘Best of…’ lists from Condé Nast Traveler to Mr & Mrs Smith and the hotel has made the town a must-visit destination in its own right. Somewhere that would definitely rank high on a revised Best Towns list today.

The transformative power of a buzz-worthy hotel can also be seen in the Mornington Peninsula town of Merricks. Another non-starter in 2009, the location has been much referenced in the past two years thanks to the arrival of Jackalope Hotel just to its north, a sleek design hotel filled with interesting art (the entrance is presided over by a seven-metre-tall shiny black jackalope sculpture created by artist Emily Floyd) and boasting the award-winning restaurant, Doot Doot Doot. 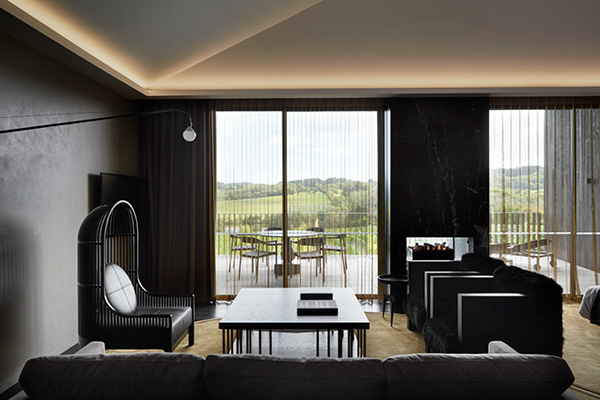 By the time Pt. Leo Estate, a boutique winery with a stunning cellar door and restaurant, and extensive sculpture park overlooking Phillip Island in the distance, opened down the road, Merricks’ elevation into the ranks of towns on the rise was assured. Now the Melburnians who flock there on weekends to drink in the atmosphere, as much as the locally produced wines, are increasingly rubbing shoulders and competing for tables with interstaters and international visitors alike.

Putting a focus on food and wine has affected the fortunes of quite a few previous entries on the Best Towns list. Mudgee is a perfect example: over the last decade the regional NSW town of just over 12,000 inhabitants a scenic 3.5 hours’ drive north-west from Sydney, has earned a reputation as a foodie hotspot, with its annual Mudgee Wine + Food Festival, held every September, increasing in popularity on an almost yearly basis and drawing visitors from all over the country to its long list of culinary events.

The buzz created by festivals like this, teamed with a healthy local economy offering up job opportunities in agriculture, tourism, mining and viticulture, affordable housing prices and a gracious country lifestyle has also made the town an attractive prospect in the past 10 years for city dwellers looking for a tree change.

The blissfully situated West Australian town of Yallingup was also a no-show on the 2009 list, but its transformation in the past decade from an under-the-radar beach town with a reputation that hadn’t spread much further than the surfing community to a destination attracting worldwide attention has been spectacular. Case in point: Margaret River and the South West was named as the number one must-visit destination in the Asia-Pacific region by Lonely Planet in 2019.

The seaside hamlet of just over 1000 residents, according to the last census, has benefitted from the continuing popularity of a good food festival too.

The internationally renowned Margaret River Gourmet Escape has attracted a rollcall of celebrity chefs since its establishment in 2012, including the likes of Rick Stein, Nigella Lawson, Curtis Stone and Heston Blumenthal (this year’s festival, from 8–17 November, will be the first under the new banner of Western Australia Gourmet Escape, staging events in Perth and the Swan Valley as well as the Margaret River region).

It also has the allure of its natural attractions and a very decent local wine industry that  casts its glow on the nearby towns of Dunsborough and Margaret River, which featured at number 10 on the 2009 list. And Yallingup can also lay claim to one of the most celebrated and luxurious accommodation experiences in the country; the multi-award-winning Cape Lodge sits just 10 kilometres from the town on its own vineyard. It has recently been joined by funky newcomers like Empire Retreat and Spa, situated within the Empire Estate winery, and the architecturally designed Bina Maya Yallingup Escape, ensuring that the visitors who flock here during the warm summer months have plenty of choice when it comes to where to stay in order to enjoy all the sun, surf and chardonnay on offer.

Another major mover from the 2009 list is Byron Bay, the boho chic mecca on the Far North Coast of New South Wales. Always a popular summer holiday option for Sydneysiders, who would decamp from Bondi each year to take up residence at Raes on Wategos, the town’s first luxury boutique offering, it is now an international drawcard thanks to its booming food, shopping and accommodation scenes and some seriously high-profile residents; we’re looking at you Chris Hemsworth. The Central Australian town of Alice Springs came in at number 13 on the list 10 years ago, but a focus on staging unique cultural events has increased its fortunes and made it a firm entry on many people’s bucket list. From its quirky Beanie Festival (staged in June) to Desert Mob in September, an Indigenous art market that attracts Aboriginal arts centres from all over Central Australia, to Desert Song Festival (September), the settlement of some 25,000 people has strung together a daisy chain of events that keep it buzzing throughout the year. The headlining act on the calendar is undoubtedly Parrtjima, held in April, a festival of light to rival Sydney’s Vivid that sees giant artworks projected across the surrounding landscape including the stunning MacDonnell Ranges. 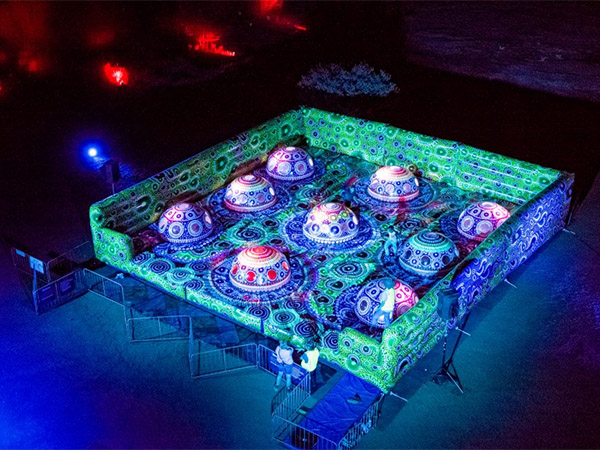 Step inside Parrtjima: the incredible festival of light

Another inclusion on the original Best Towns list (at number 22) that would have cause for elevation on any new rollcall is the NSW Southern Highlands town of Bowral. Long considered the perfect weekend day trip for scones and tea, the town had a slightly cosy image in the past, but an influx of new residents and businesses – check out the likes of Dirty Janes for vintage, Few & Far for gorgeous homewares and The Press Shop for delicious local fare – has resulted in a cool new image.

One thing that hasn’t changed in the last 10 years is the difficulty in choosing just 100 towns to celebrate on a list. Small is still best it seems. 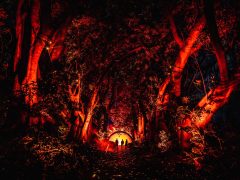 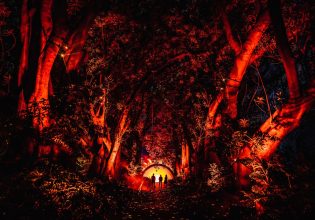 All the best things happening in your state this July

There are countless amazing experiences to be had throughout Australia this month. Here’s what’s on in July. Whether you’re up for an adventure... 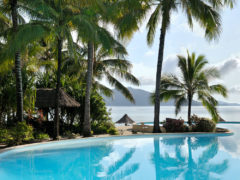 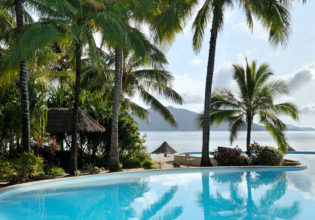 Deciding to skip the long-haul flight this year and stay close to home? We get it; holiday planning can be hard work, but it doesn’t have to be. Tra... 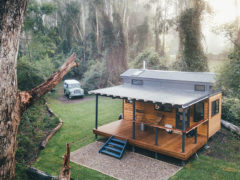 The 10 best cabin escapes around NSW

In need of an escape from the daily 9-5? Want to get out of the city and get back to nature? Well, haven’t we got a treat for you. There’s nothin... 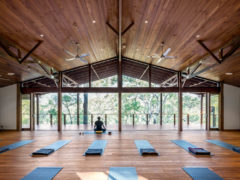 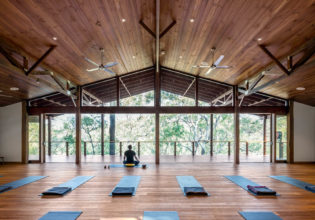 If your mind, body and soul are in serious need of some TLC but so is your bank balance, check out these affordable wellness retreats around the count... 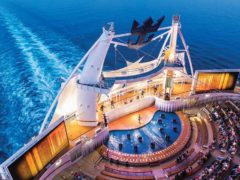 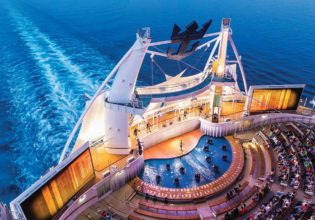