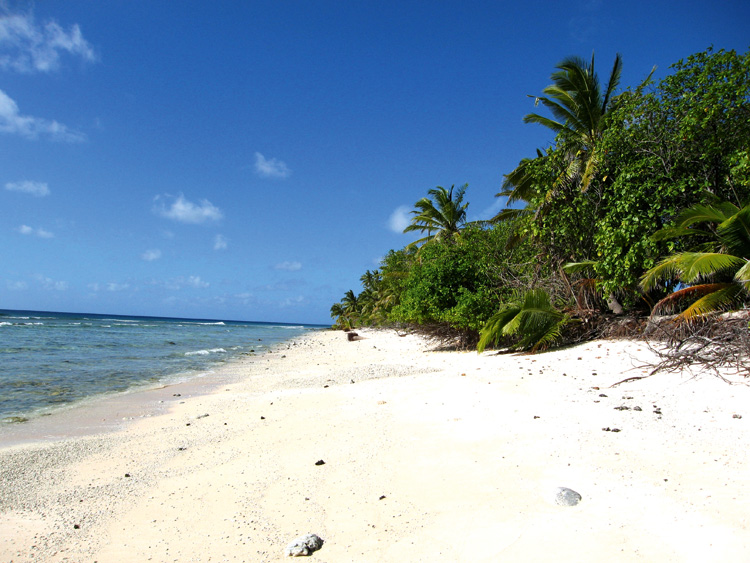 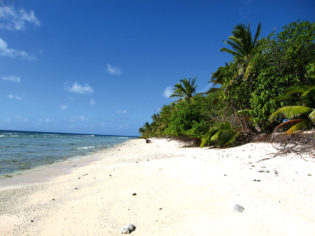 It was time to escape the pressures of city life, recharge my batteries and fill my lungs with sea and scuba air. After hearing exciting stories from fellow travellers about the Cocos (Keeling) Islands I decided it was time for me to experience them first hand.

Referred to by the locals as Cocos, the islands are located in the Indian Ocean, 2950km north-west of Perth and 3700km west of Darwin. The 27 islands in the group include the southern atoll islands, which surround a beautiful blue lagoon, and the uninhabited North Keeling Island, which is protected within the Pulu Keeling National Park.

The islands were owned by the Clunies-Ross family until 1978, when they were acquired by the Australian Government, which had administered them as an Australian Territory since 1955. The small population of around 600 people resides on two of the southern atoll islands. The largely Muslim Cocos Malay population, which were originally brought to the islands from Malaysia to work on coconut plantations, reside on Home Island where they live a traditional Malay life in kampungs. The Government administration, airport, commercial activity and tourist facilities are located on West Island.

Other atolls surrounding the lagoon include stunning Direction Island, which is a favourite destination for daytrippers and campers from West Island, and a number of smaller islands where the Cocos Malays maintain weekend shacks for fishing and relaxing.

North Keeling Island has great diving, is a popular spot for birdwatchers and is the location of the wreck of German naval raider SMS Emden which was destroyed and then beached in 1914 after attempting to attack the communications facility then operating on Direction Island.

The beaches on West Island are amazing. These include Trannies beach (for readers who are family-conscious please note this beach was named after a nearby communication transmission facility) at the northern end and Scout Park beach and the nearby Yacht Club beach at the southern end.

Across the lagoon by boat you’ll find a beautiful beach on Direction Island (not camping here for a night is my only regret). The lagoon offers terrific snorkeling including the waters between Scout Park and the small island of Pulu Maraya, where juvenile but harmless black-tip reef sharks cruise the channel in knee-deep water.

The diving around Cocos is world class with healthy reefs inside and outside the lagoon and an abundance of reef fish, large pelagic fish, turtles, reef sharks and the occasional tiger shark. However, the attraction that sets Cocos apart from other dive destinations is its resident lone dugong named Kat.

I dived with Cocos Dive, which is operated by Dieter Gerhard and his partner, underwater photographer Karen Willshaw, who have developed a special relationship with Kat. Upon the boat’s arrival at the dive site Kat comes out of the blue to the boat and rubs herself along the anchor line to invite divers into the water.

The islands also attract kite surfers and windsurfers from around the world, especially to Yacht Club Beach. There are good surf breaks on the ocean side of West island, too, with basic surf camps located along the shore

There are, of course, sacrifices to be made when travelling to such a small, exotic and isolated location. Inevitably, food, entertainment and accommodation options are limited, but in my experience you can not have all these and still expect a unique experience such as I had on these islands.

Cocos is not a party location. There’s only one bar on West Island: the Cocos Club. On certain Friday nights men also gather at an isolated beach location on West Island, where they discuss secret men’s business, enjoy a few cold beverages then relieve themselves in a unique bush toilet (see opposite).

Travelling to Cocos is demanding and expensive. I flew from Melbourne to Perth, then flew to Cocos the next morning, but this is definitely worth the effort.

Find out more about this intriguing destination in the Australian Indian Ocean Territories: