The best dumplings in Brisbane 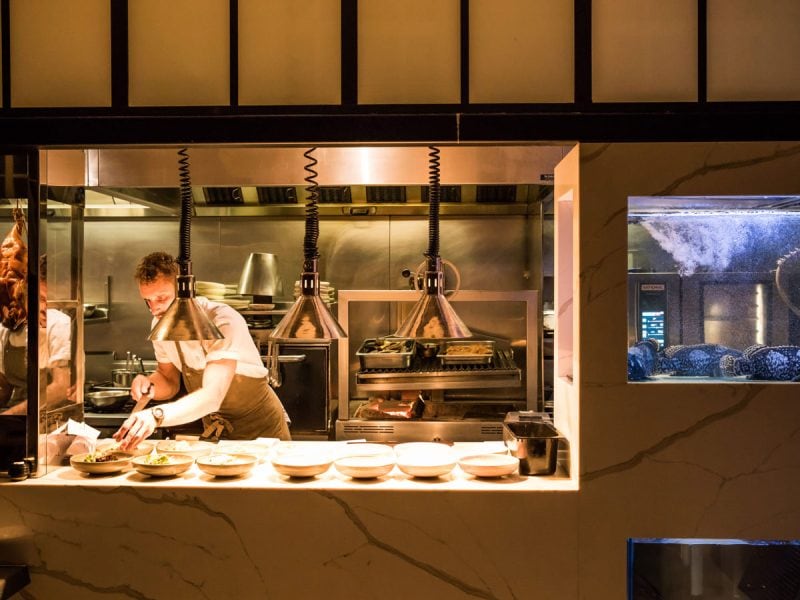 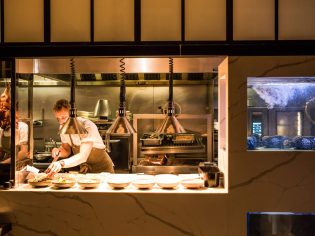 Poached or grilled, tightly packed with all things sweet or savoury: there’s a lot to love about the humble dumpling.

Have your chopsticks at the ready as we take you on a quest to find the best dumplings in Brisbane.

As you step through the doors of Harajuku Gyoza, you’ll be welcomed with a raucous chorus of “irasshaimase” (meaning welcome in Japanese).

Widely known for making some of the best gyoza in Australia, they are like little Japanese dumplings of happiness because they’re cooked crispy on the bottom and steamed juicy on the top. With crispy duck, mozzarella cheese, cheeseburger, and takoyaki gyozas, you can guarantee you won’t find these flavours in any other dumpling restaurant.

Do your tastebuds a favour and order the decadent garlic butter crab dumplings or the one-foot-long fries splattered with kewpie mayo. The star of the dessert menu has to be the salted caramel gyozas, as well as their raindrop cake. Wash it all down with beer, wine or sake.

Where: Locations in Brisbane CBD and South Bank 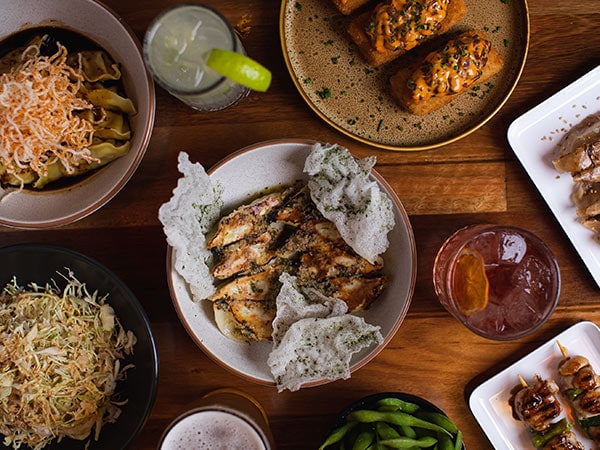 These aren’t the cheapest dumplings in Brisbane, but each one is handmade daily with incredible precision and packed with flavour to create a more than enjoyable dining experience for patrons.

Where: Locations in Bowen Hills and West End 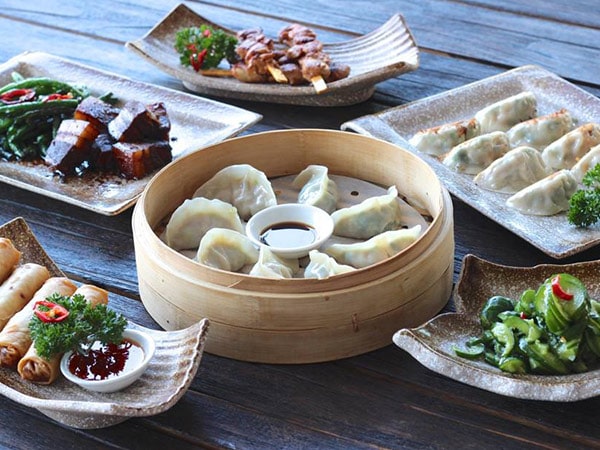 Each dumpling is handmade daily with incredible precision and flavour. (Image: Fat Dumpling)

This isn’t your run-of-the-mill yum cha. With an enviable outlook over the Brisbane River and an elegant dining ambience, Madame Wu takes your dumpling experience to the next level with a delicious modern Asian Fusion menu.

Executive Chef Brendon Barker has made it his mission to incorporate fresh Queensland produce into each of his dishes.

You’ll find fancy fillings like wagyu and Jerusalem artichoke, pan-fried scallops, and pumpkin and sweet potato — the dumplings here are something else. While they aren’t technically dumplings, the steamed duck buns are lip-smackingly fantastic. 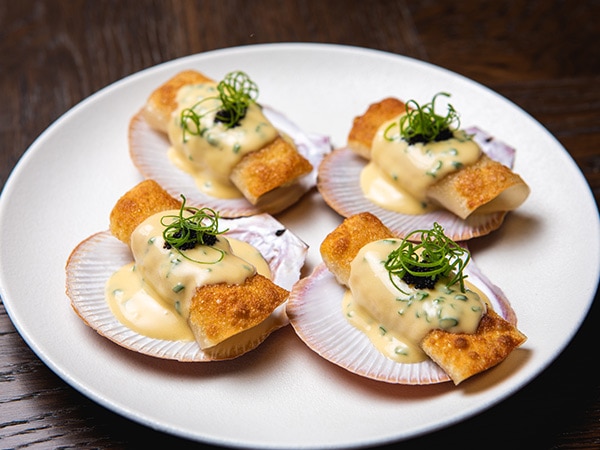 If you’d like to see dumpling wrappers nimbly stuffed and pleated before your eyes, make a beeline for New Shanghai. It nails the Shanghainese 1930s street-style setting, creating a causal but modern dining atmosphere.

These legends can be found hand-rolling out all their orders fresh from the kitchen using recipes passed down through generations.

If you’re after something a little different, we’d suggest you mix it up with the crab meat xiao long bao. Alternatively, you can just stick to the classics and order a plate of prawn dumplings. 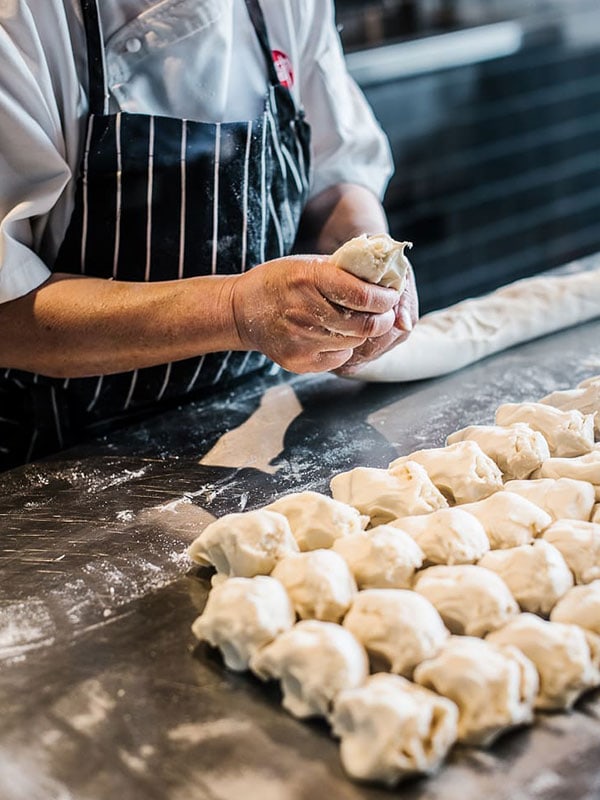 Specialising in southern and northern Chinese cuisine, the folks over at Bamboo Basket have bought a small part of Shanghai to Australia.

Known for their signature xiaolongbao dishes, they prepare these soup-filled Shanghai pork dumplings fresh for their customers every day.

You definitely want to start with these iconic dumplings, but we’d recommend ordering a few plates of the deep-fried mixed vegetable with bean curd dumplings and the steamed chicken and Chinese cabbage dumplings to accompany it.

While you’re there, be entertained by their professional, skilled chefs rolling out dough, filling and pinching dumplings, and making noodles right before your eyes.

Where: Locations in South Brisbane and Hamilton 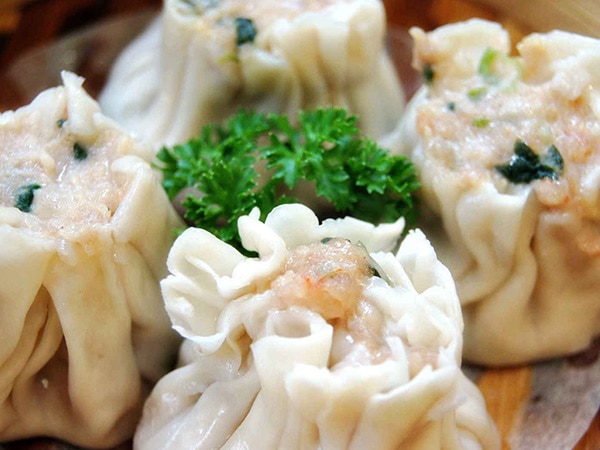 Be entertained by the professional, skilled chefs. (Image: Bamboo Basket)

Feed those raging Chinese cuisine cravings with a weekend yum cha session. At Landmark Restaurant, you’ve got trays upon trays of dumplings streaming out of the kitchen every minute.

The hardest part of yum cha is knowing which of the dishes to start with. You can’t go wrong with the following selection: shark fin, peanut and pork, garlic chives, and steamed beef Siu Mai (opened dumpling) – and the prawn dumpling noodle soup makes for an incredible starter dish.

Where: Locations in Sunnybank and Chermside 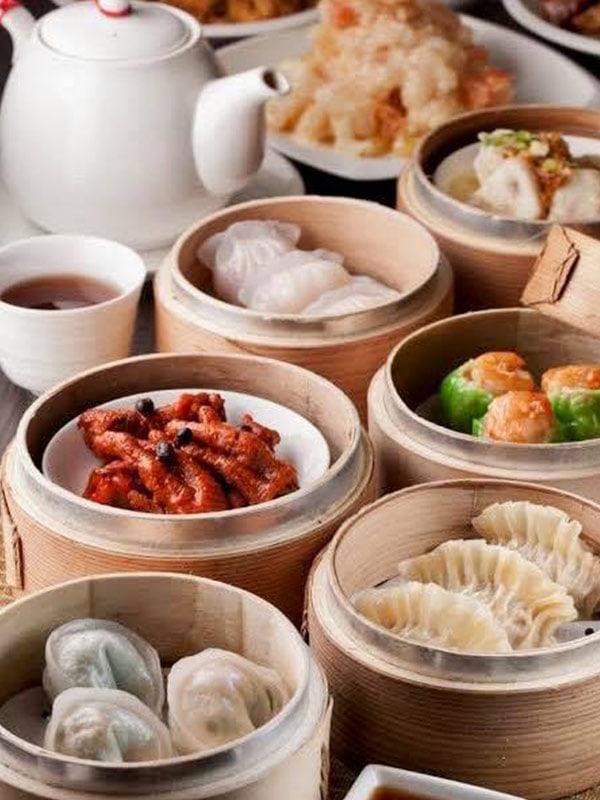 With fast service and juicy dumplings, what’s not to love about dining at Steamed? Located in Brisbane’s CBD, these leading ladies are working tirelessly to dish up the best batches of dumplings in the area.

With only four items on the menu, you don’t have an excuse not to try them all. The Zen dumpling is filled with shiitake mushroom, seasoned tofu, and Chinese cabbage, while the Chicken Donggu mix is made up of chicken donggu mushroom and Chinese spice.

And of course, they have the Harbin pork dumplings mixed with chives and ginger and the ever-popular Pork Clouds (fluffy pork buns). 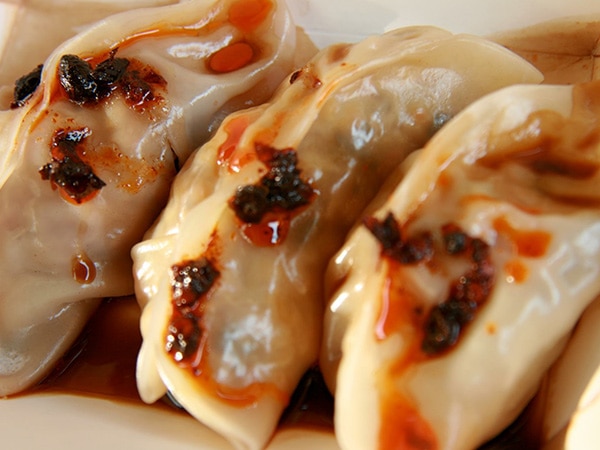 Steamed only has four items on the menu. (Image: Steamed)

With so many locations to choose from, think of Little Red Dumpling as your local dumpling bar offering a little slice of Guangdong.

They pride themselves on preparing dumplings in-house daily, using only locally sourced ingredients — ‘just like ma ma used to’.

The menu is broken up into categories of ‘start’, ‘dumplings’, ‘not dumplings’, and ‘finish’ to keep it simple. While you can obviously branch out and order something from under the ‘not dumplings’ section, it would be remiss of us not to steer you towards the lamb coriander, crab roe, and rainbow dumpling selection. 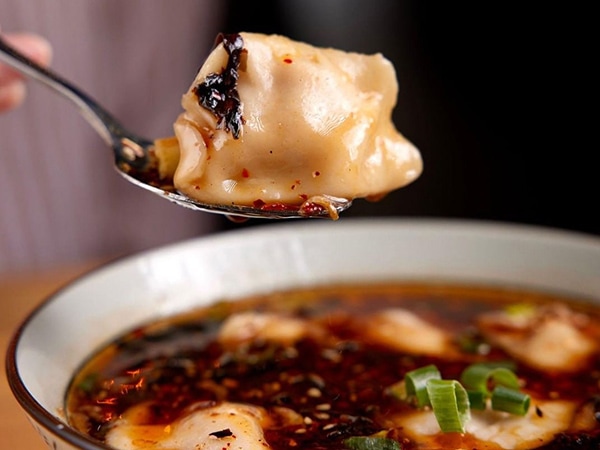 If you’re looking for a side of elegance, the dining room here is filled with marble tables and suede chairs to set the tone.

Having sourced the very best local ingredients to create inspired dishes, their Moreton Bay bug, and scallop dumpling is one you absolutely need to try when in Brisbane. 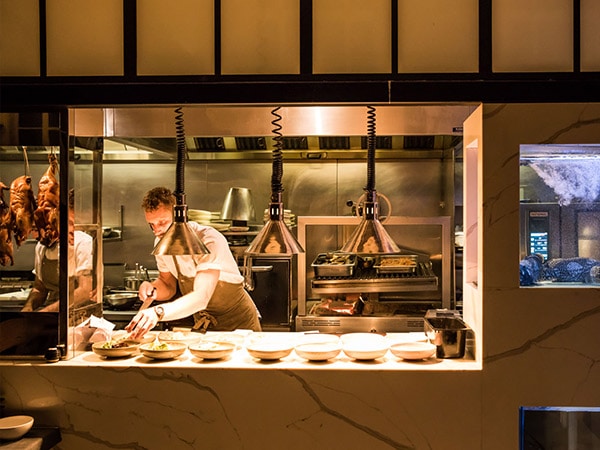 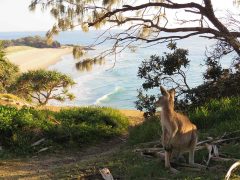 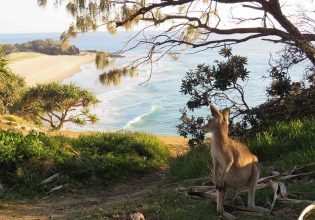 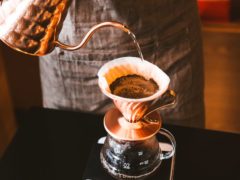 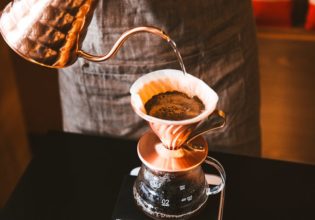 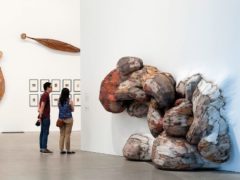 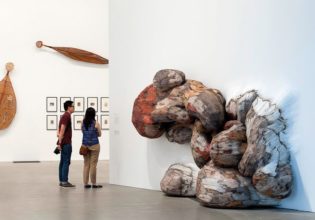 The best of Brisbane’s art scene

In galleries, on the stage and even clinging to motorway underpasses, art and creative talent have found a thriving metropolis in Brisbane, writes Kyl...