Why you should visit North Stradbroke Island 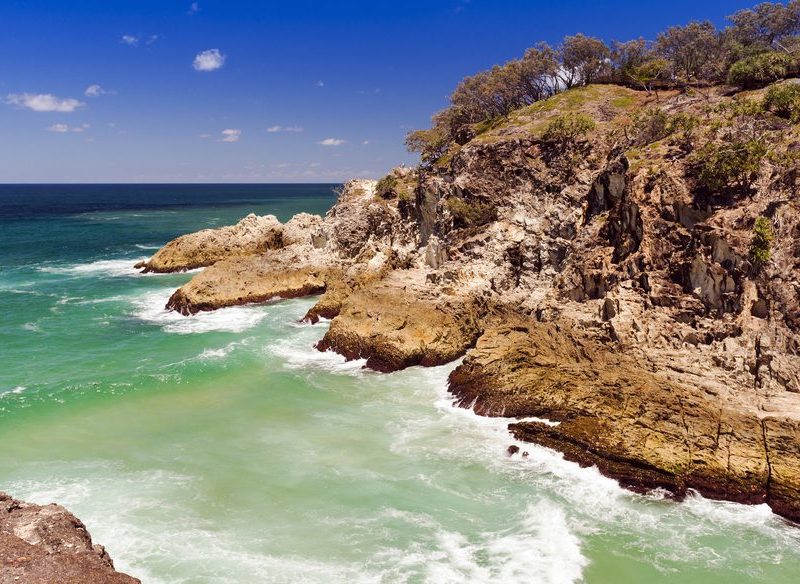 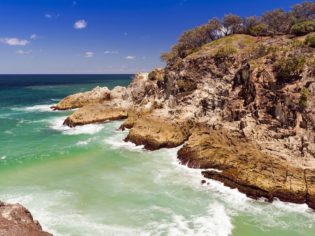 See what the Gold Coast might once have been like an hour’s drive from the buzzing metropolis, where North Stradbroke Island delivers a dreamy trip back to the beach holidays of yesteryear.

If you’d like to see what the Gold Coast might once have been like, the good news is – you still can. An hour’s drive and a 45-minute ferry ride from the Gold Coast delivers you to North Stradbroke Island, a dreamy trip back to the beach holidays of yesteryear.

If you were to stage a contest to find the best-located pub in Australia, it would be hard to beat the Stradbroke Island Beach Hotel. Sitting in its north-facing beer garden, looking out over Moreton Island and the meeting of the Pacific Ocean and Moreton Bay, the perfect view framed by pandanus trees, you’d swear they put something stronger than alcohol in the beer. The sense of wellbeing and peace the setting and view can instil is palpable.

The fact that this same beer garden is also the scene of some of the most ferocious socialising you’re ever likely to see, during annual gatherings of the Queensland fishing and surfing communities, means that timing your trip to Straddy is crucial – unless you happen to enjoy having schooners tipped over your head. End of school year revellers can also transform the usually sleepy island paradise into a teen movie nightmare, which is best avoided, unless you fancy finding teenagers fornicating and vomiting in the garden of your rented beach house.

North Straddy is not a place to go for the nightlife – as the schoolies discover too late, to their great horror, which makes closing time at the pub a particularly scary event at such times. The rest of the year, North Straddy performs a fair impersonation of paradise – miles of empty beaches stretching off as far as the eye can see, frolicking dolphins and whales, magical bush waterholes, spectacular coastal gorges, and a rich indigenous heritage that seems to emanate from the landscape.

North Stradbroke (or Minjerriba, to the indigenous Noonuccal people) was the home of renowned Aboriginal poet Kath Walker, or Oodgeroo Noonuccal. Walker once said of her island home: “At night time you can hear the old people talking lingo down here, especially on a calm night, you can hear it, the spirits are all around here.” She passed away in 1993, but is lovingly remembered as a pioneer of the Aboriginal rights movement.

Apart from a large-scale sand mining industry (hidden away in the island’s interior), North Straddy has borne the passing of the years well. Sure, there are a few modern holiday apartments and resorts these days, and at least one upmarket cafe and an impressive deli, but such comforts probably aren’t unwelcome to many holidaymakers.

The real charm of Straddy endures and for those wanting to experience some of the magic of those beach holidays of years gone by, there are a multitude of classic old beach cottages to rent through several local real estate agents or over the web.

For mine, this is the true essence of the Straddy experience – happily ensconced in an old timber or fibro cottage nestled in the leafy folds of Point Lookout, the whitewashed walls echoing with the laughter of holidays past. With some good reading material, your choice of aquatic equipment, and intermittent trips to one of several handy beaches, you’d have to be a miserable sod not to feel good about the world in such circumstances. Point Lookout, on the north-east corner of the island, is its holiday hub, within walking distance of most accommodation options, camping ground, restaurants, the pub, the cafe, shops and beautiful beaches ideal for surfing, fishing, swimming or just collecting seashells. It’s a 20-minute drive from the ferry port at Dunwich, but once you’re there, you barely need a car.

There’s something about travelling to islands – traversing that expanse of water that separates your destination from the mainland, and all its associated stresses. Boarding the North Straddy ferry (there are two rival services that operate from Cleveland), watching the rest of the country recede into the distance, contemplating the ferry’s wake gently lapping the stands of mangroves and mud flats of Moreton Bay, you can almost feel the tension melt away. It’s one of my favourite journeys in Australia. For $93 return, your vehicle and as many passengers as you can cram in, are thus transported to another world.

It’s difficult to believe this exists just an hour from the Gold Coast and 30 minutes from Brisbane, and that for much of the year so few people avail themselves of it. The Island is 38 km long and 11 km wide, but I have to confess I rarely stray beyond the Dunwich to Point Lookout route, and the surf, cafe, pub circuit once there.

I have it on reliable authority, however, that there are several attractions well worth experiencing beyond this cloistered world. Dunwich is something of an historic settlement in itself, dating back to 1827, as a convict outstation. For those with a morbid streak, the cemetery makes for a fascinating wander, with graves dating back to 1847. At various times, Dunwich was also home to a quarantine station, an infectious diseases hospital and an asylum. You can learn more about the island’s history at the Museum in Welsby Street, with its photographs, artefacts and records of local shipwrecks. Blue Lake, 10 kms east of Dunwich, is a large freshwater lake and the surrounding national park is alive with swamp wallabies, skinks, ospreys and the mottled tree frog. The lake is a 2.5 km walk from the Trans-Island Road. Brown Lake is only five minutes from Dunwich, and a short turn off down a gravel road from the Trans-Island Road. It provides freshwater swimming and picnic and barbeque facilities. Walking trails around the lake allow you to take in the rich flora and fauna, including wild orchids. The settlements of Dunwich and Amity Point also provide basic accommodation options, shops and camping facilities.

One of the great features of the island is the fresh seafood available direct from local fishermen. Just look for the signs at Amity Point and Point Lookout to direct you to their homes and the freshest catch of the day around.

All roads, however, keep leading me back to Point Lookout and the surf, the choice of beaches, all sheltered in different winds, the whale watching, the spectacular coastal walk around the gorges, and perhaps the last truly old-school surf shop in the country – that makes its business selling surfing equipment rather than fashion.

Bob Minty has been in his little timber surf shop at Point Lookout for 16 years, but the structure goes back to the 1930s. On a good day of waves, more than half the boards in the water will be shaped by Bob, featuring his distinctive big “M” logo. If the waves are quiet, he can be found under the shade of the pandanus or Moreton Bay fig next to his shop, repairing surfboard dings, or on the front step in the afternoon, having a beer and a chat with the locals. Everyone on the island, it seems, fishes and surfs. “You still get a good feed of prawns for ding repairs or some fresh mackerel,” laughs Bob. “It’s still the best form of payment.” He came here more than 20 years ago on a surf trip from the Gold Coast, scored some good waves and thought he’d ask the man at the pub about some work. “He said: ‘You start this afternoon,” says Bob. “And I’ve been here ever since.” It’s a move he’s never regretted.

On a good day it’s possible to surf right past the pub, along the evocatively named Cylinders Beach, on waves that peel dreamily for hundreds of metres. Stick ten bucks in the back pocket of your boardies and you can drop in for a quick beer on your way back around. Better yet, shout someone else one in exchange for a lift back to the top of the Point and do it all again. Life doesn’t get much better.

FOOTNOTE: The Straddy Pub will be extensively renovated from August 2005 to August 2006 and may resemble a construction site for much of that time. The business will operate from small, temporary premises on site in that time.

BEST MONTHS TO GO: October to May (except for school holidays and surfing and fishing comps. The Straddie Assault surfing teams event is on mid-October. The Straddie classic fishing competition is generally mid-August.)

MOST UNDER-RATED ASPECT: The relative isolation, so close to a capital city.

MOST OVER-RATED ASPECT: Being a part of the mass holiday influx.

BE PREPARED FOR: Holiday crowds.

WATCH OUT FOR: Fresh seafood direct from local fishermen.

BEST VALUE ENCOUNTERED: A classic beach house for under $500/week in low season.