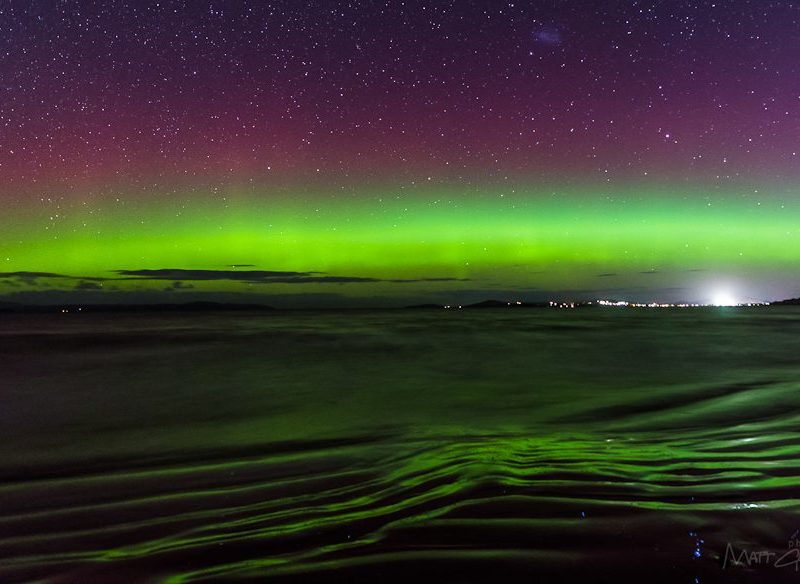 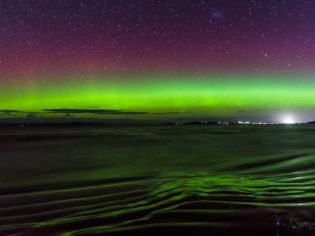 BY Steve Madgwick and Olivia Mackinnon

The Northern Lights get all the love when it comes to natural light phenomena but did you know Australia has its own light show – the Aurora Australis? The ‘Southern Lights’ experts tell Australian Traveller why you might want to consider Tasmania before you book your flight to Scandinavia, Canada… or Siberia.

Fifteen years ago Margaret Sonnemann was driving from Launceston to Hobart when she noticed something in the sky that made her pull over in shock.

This was Margaret’s first glimpse of the Southern Lights. Back then, there was no portal available to discuss this amazing natural phenomenon. Today her Facebook group, Aurora Australis Tasmania, has more than 101,000 members, but the fact that Tasmania just might be the best vantage spot in the world to view the Southern Lights remains largely unknown.

“Australians are so privileged to be able to see the Southern Lights,” Margaret said. We think so too. So here’s the why, how, when and where…

The Aurora Australis, or Southern Lights, happens when the sun releases a massive burst of solar wind and magnetic fields into space, also known as CME (coronal mass ejections).

These solar winds carry particles which interact with earth’s magnetic field, colliding to produce energy releases in the form of auroras.

“Auroras are more frequent and brighter during the intense phase of the solar cycle when coronal mass ejections increase the intensity of the solar wind,” says Margaret Sonnemann, author of The Aurora Chaser’s Handbook.

Given that earth’s magnetic field is closest to its surface at the North and South poles, Antarctica and Tasmania are the best spots for seeing the Southern Lights given their close proximity to them. 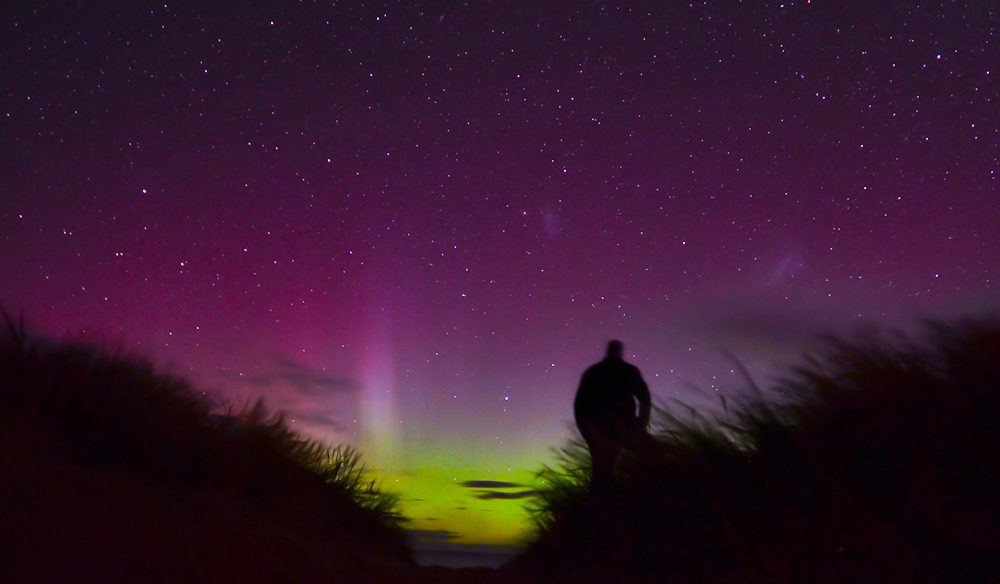 What can you expect?

If you Google pictures of both the Southern and Northern lights you will see images of skies full of rich greens and vivid blues, or wild swirls of reds and purples. But often this is not what the naked eye can see.

“To the naked eye, an aurora will look more like a white flickering light,” says James Garlick, who has been photographing the Southern Lights for years, with one of his photos even featured on an Australian postage stamp. “It could be mistaken for a cloud. It’s not until you do a long exposure with the camera that the colours are revealed.”

Matt Glastonbury (see first photo at top of post), another avid Southern Lights photographer, revels in the way they move through the night sky.

“They are like dancing curtains of light across the sky,” he says. “The size of them is incredible – beams of light are shooting right up into the atmosphere. It is really magical to see them moving around right in front of you.” 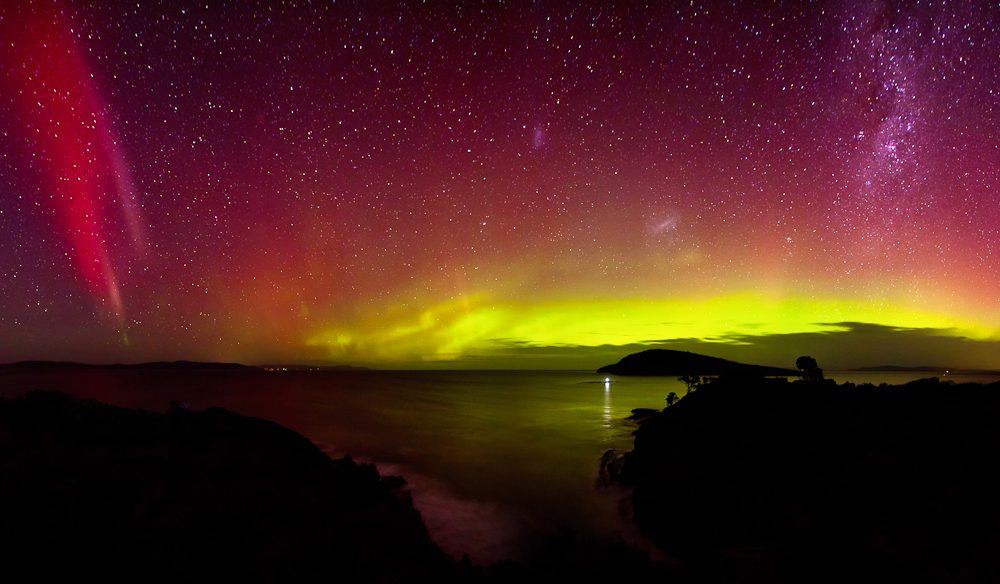 Best spots to see the lights?

In short, “all over Tasmania,” says Margaret Sonnemann.

The main obstructions to viewing the Southern Lights are large mountain ranges, trees and city (and light) pollution. There are, however, some places that photographers favour due to their landscape qualities.

Photographer Paul Fleming prefers South Arm Peninsula, 40 kilometres south east of Hobart, for his Aurora views. “There are lots of beaches and still, wide shallow bays. It’s a good spot for nice reflection shots with waves crashing in the foreground.”

Matt Glastonbury has two favourite spots: Dodges Ferry, about 40 kilometres east of Hobart, and Cockle Creek, on the southern tip of Tassie, 120 kilometres south-west of Hobart. “Both of those places have little light pollution,” he says. “The less of that you get the better.”

The reason for this is the location of the land down south, as in, there isn’t much of it. The spots with the best vantage points have no land – just water – which makes it difficult! However, there are a few spots that will show off this natural phenomenon with gusto, the trick is to being as far south as possible, which is why Tasmania is such a good bet.

In order to give yourself the best chance of seeing the Aurora Australis in all its glory, it’s best to head to Point Lonsdale, the south side of Phillip Island, Aireys Inlet, Angelsea, or wherever you can get a full horizon view.

There are a few places in New Zealand that have proven to be fruitful when it comes to spotting the Southern Lights. The city of Christchurch, the small village of Lake Tekapo and Stewart Island. However, no place records more sightings of the Southern Lights in New Zealand than Queenstown. Several times throughout the year, the city is awash with the brilliance of the bright lights in the sky caused by Aurora Australis.

For a comprehensive guide on the best places to see the Southern Lights (Aurora Australis) and where to stay head here. 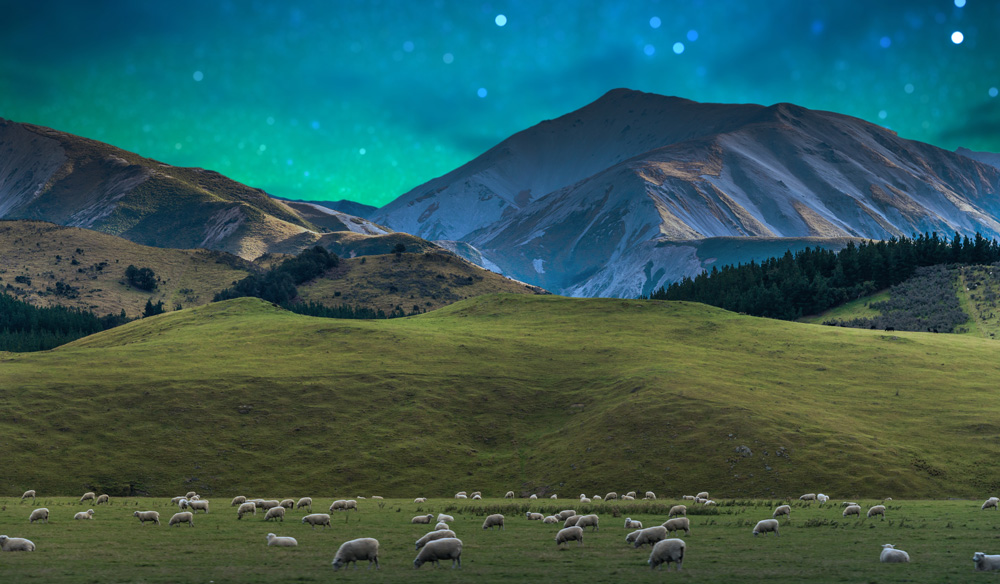 When’s the best time to see the lights?

Theoretically speaking the equinox (in September) should be the best time for viewing the Southern Lights, but this isn’t always the case. Since the Aurora is based on sunspots and massive bursts of solar winds, scientific predictions can be unreliable.

Unlike the Northern hemisphere, which is subject to extreme seasonal light changes, the Southern Lights can be viewed from Tasmania all year round. It is worth noting (and to some a tad obvious) that the lights can only really be seen at night time, therefore winter is ideal, given daylight savings in Tasmania can stretch the light until 10pm. 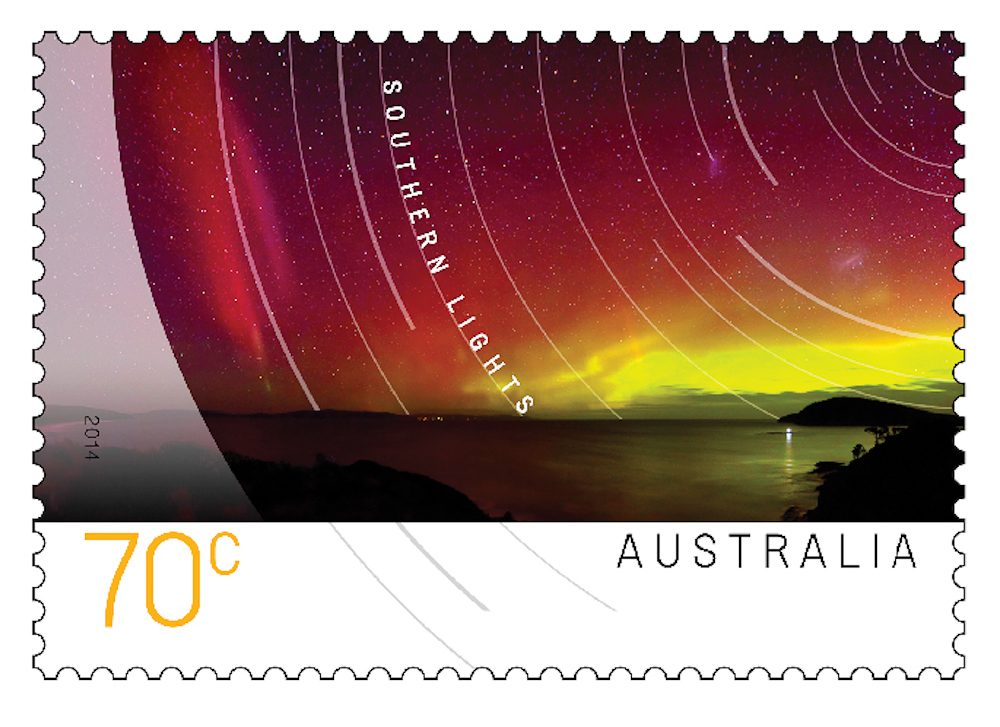 The best weather conditions to view the lights

Unsurprisingly, it’s best to view or photograph the lights on a clear, dark night. If you can position yourself looking away from the city, you’ll limit the artificial light, lowlight and air pollution that can affect how vivid the lights look to the naked eye.

Even moonlight can affect how clearly you see the Aurora, so a night with a full moon is probably not ideal.

You also won’t be able to see the light show on an overcast night, as Auroras happen in the upper atmosphere, meaning any cloud cover will cover the show!

How to photograph the lights

There are a few tips any budding photographer needs to know before attempting to photograph the Southern Lights – if you want a frame-worthy result, that is. 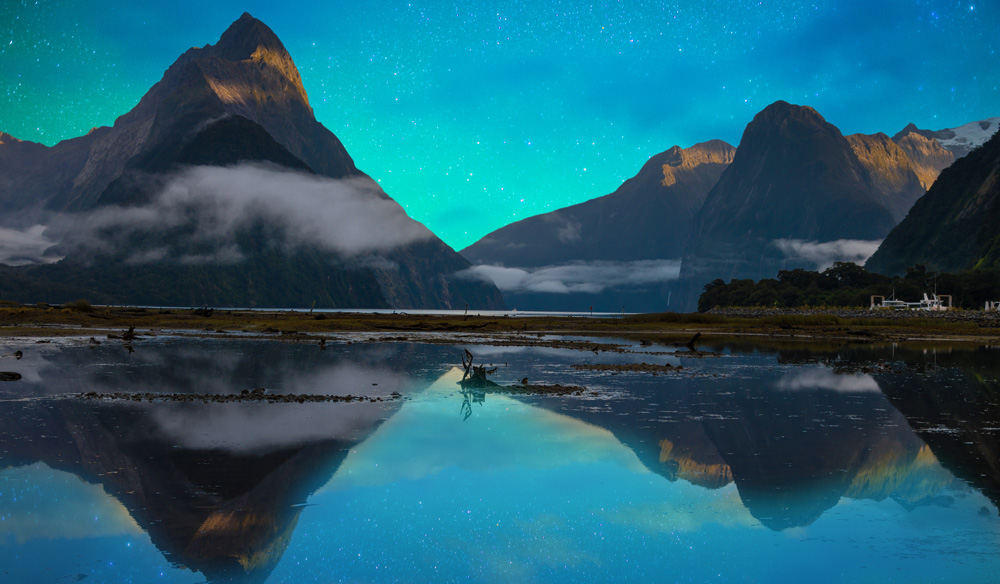 How to know when an Aurora Australis is coming

Spaceweather.com includes visual representation of plasma coming out of the sun.

What else to do in Tasmania while you’re there

Tasmania is fast becoming one of the food and wine capitals in the country. While you’re there, be sure to spend a night in the Henry Jones Art Hotel. Situated perfectly in Hobart city centre, you’ll be close to everything happening nearby, like the famous Salamanca Markets – or the Farm Gate Market if you’d like to do it less like a tourist and more like a local.

It’s also worth taking a road trip to Cradle Mountain, where you can take part in an invigorating walking holiday among the picturesque landscape, or visit the renowned National Park. Check in with the local wilderness and set up camp in one of the Park’s on site cabins.

If food and wine are more your thing, you can’t go past beautiful Launceston. Jump in your car and drive through Tasmania until you reach your destination, where you’ll be delighted to find that Launceston and the Tamar Valley have over 30 vineyards to choose from. The region, famed for its cool-climate wines, is now also home to a growing number of beer and cider producers, such as Boag’s Brewery and Red Brick Cider House.

If it’s a great, hearty meal you’re after you can’t go past Launceston’s Black Cow Bistro, which specialises in the finest Tasmanian beef from local producers. The Black Cow Wagyu fillet is our recommendation time and time again.

It is also the perfect state for a long, indulgent road trip. Spend seven days taking in some of the best highlights of Tasmania along this road trip route that loops from Launceston to Cradle Mountain, Hobart, Coles Bay and back to Launceston (with plenty of great stops and detours along the way.