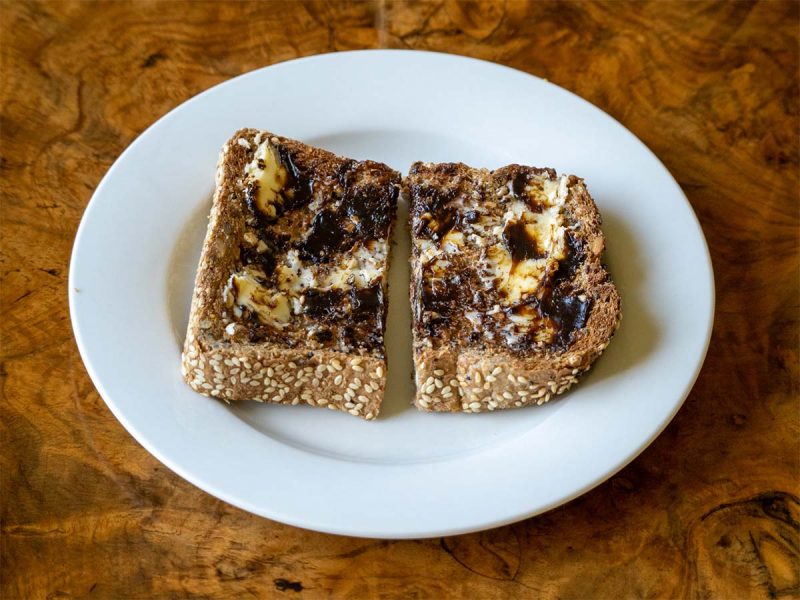 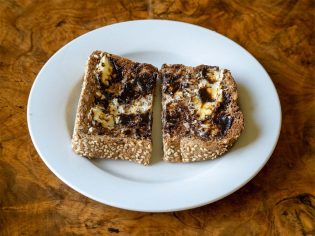 Take a tour of the Australian food landscape through seven of our most celebrated national dishes.

Ever since Paul Hogan invited the world to throw a shrimp on a barbie, Australian cuisine has become a topic of fascination for those who live on the outside. And while we don’t shy away from celebrating international dishes like curries, pizza, pasta, gyros and more, what do we actually consider as our own? Keep reading to find out the seven kinds of food our readers thought were the most Australian.

Long before European settlement altered what we now consider our national cuisine, Indigenous Australians had created their own local flavours, supplied from the land around them.

Traditional Aboriginal bush tucker looks like a lot of things: native fruits like Kakadu plums, rosellas, riberries and the humble quandong; the fat and nutty witchetty grub, washed down with honey ants for dessert; there’s crocodile and kangaroo, as well as game like emu and possum. Eating any or all of these foods will give you firsthand insight into one of the many facets of this ancient culture.

And finally, you can’t really call yourself a modern Australian until you’ve sampled damper. Or better yet, cook your own. Take four cups of self raising flour, 25 grams of butter, a dash of milk and a pinch of salt. Mix everything together until it forms a dough. Shape the dough into a ball, place it on a rack over the fire (or in the oven) and cook until golden brown and hollow-sounding when tapped. 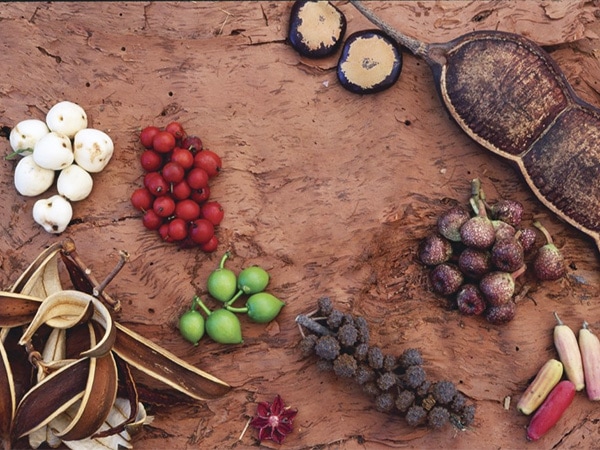 Where to try bush tucker:

The adoration for Vegemite goes deeper than just culinary pride – it speaks to the heart of our national character. Nearly everyone else in the world hates it but we don’t care.

Found in almost every pantry around the country, the most common (and well-loved) use for our favourite yeast spread is to simply spread it on toast with lashings of butter. And, like a fingerprint, every person has their own unique application method and combination. Some spread it sparingly, others like to coat toast thick and to the edges. Some enjoy with a slice of cheese, and many combine it with avocado. My mum is even known to use it as a salty soy sauce substitute in a stir fry.

Whatever the method to your particular brand of Vegemite madness, it’s hard to imagine an Australia without it. 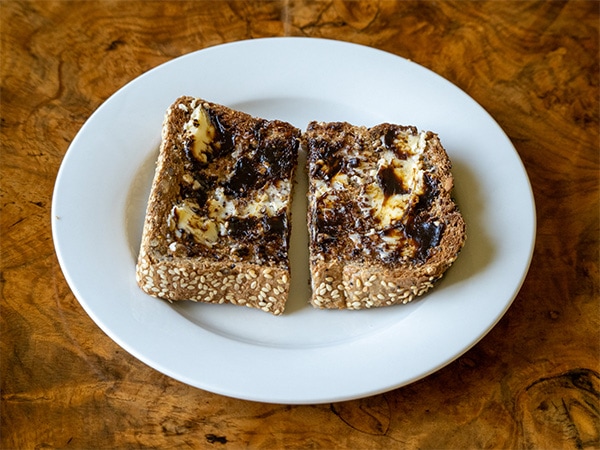 It’s not known exactly when the term ‘democracy sausage’ entered Australian vernacular, but it’s safe to say Election Day hasn’t been the same since.

A democracy sausage is the colloquial name for a sausage wrapped in a slice of bread, bought from a sausage sizzle operated as a fundraiser at Australian polling places on an Election Day. According to  historian Judith Brett, author of ‘From secret ballot to democracy sausage: How Australia got compulsory voting’, sausages first started appearing at poll booths in the early 1980s. Before then, as far back as the 1930s, community organisations saw voting as an opportunity to fundraise with baked goods, taking advantage of the crowds of people heading polling booths around the country.

Democracy sausage was even awarded the Australian Word of the Year for 2016, cementing its position as a linguistic staple forever. 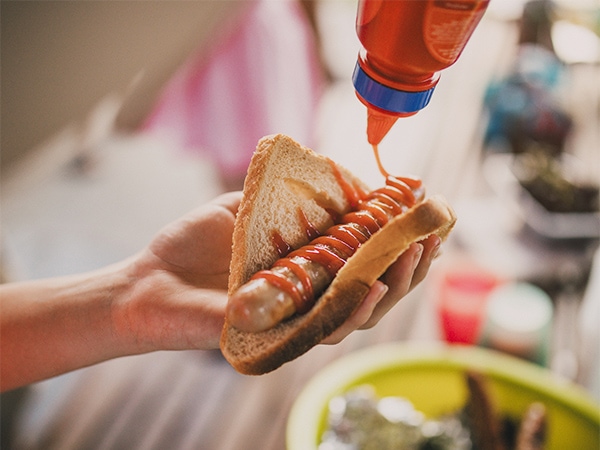 Democracy sausages are a national staple.

‘Our home is girt by sea…’ One peruse of Australia’s national anthem and you’re well aware of the plentiful waters that surround our beautiful country. And teeming below the surface of these waters is a bountiful supply of high-quality seafood.

Pick your poison: for oysters, try South Australia’s Coffin Bay or Tasmania’s Freycinet Peninsula. A little further north – around Tropical North Queensland – and you’ll find that barramundi is the fish of choice, it’s native to Australia and the Indo-Pacific and served in restaurants all over the country.

Venture to Western Australia for Panulirus Cygnus – a species of spiny lobster (better known as the rock lobster) considered one of the most valuable in the world. Or pick up a humble serving of fish and chips from your favourite local. There is no wrong way to indulge in Australia’s seafood bounty. 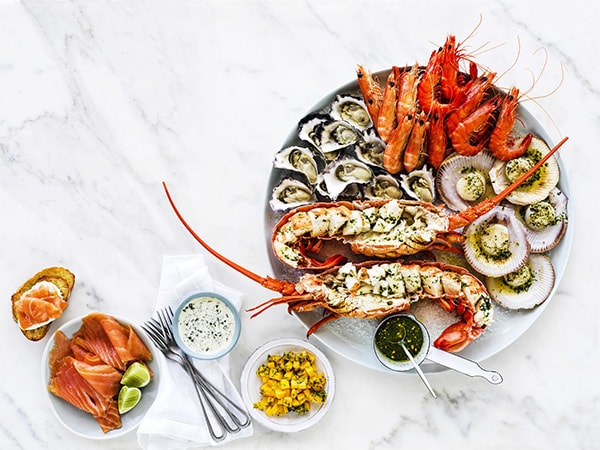 Great Australian seafood is easy as.

Get your hands dirty at:

Australia’s penchant for meat pies runs deep. According to historians, pies first arrived in Australia with the European colonists; they were even on the menu at Sydney’s first official banquet held to celebrate the King’s birthday in June 1788.

These days, many an occasion is marked by tucking in to a flaky pastry filled with savoury goodness. Road trips through regional towns, local or national sporting games, primary school tuckshops and hungover Sundays – there is no wrong time or place to enjoy this iconic dish.

If you’re keen to pick up a good ol’ fashioned meat pie, consider one of our favourite regional bakeries around Australia. 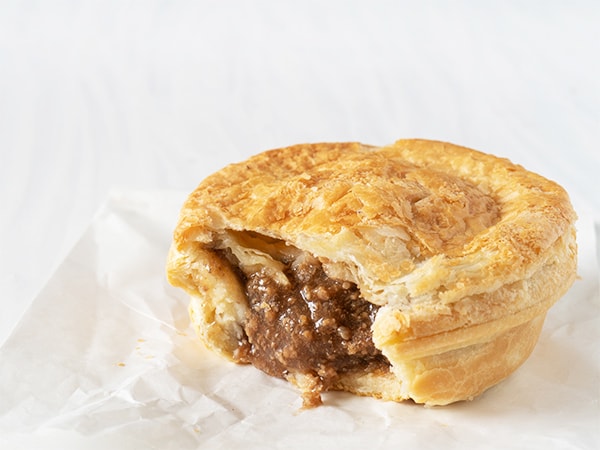 The biscuit aisle in any Aussie supermarket is filled to the brim with a variety of sweet and savoury treats that we love to call our own.

The iconic Tim Tam is atop many a person’s list of favourites. Introduced by Arnott’s in 1964, biting into one of these is a lesson in glorious chocolatey goodness. In fact, Australians eat about 45 million packets per year, and the factory in Western Sydney produces 3,000 biscuits per minute. That’s a lot of Tim Tams.

Wagon Wheels are another nostalgic biscuit for consideration. This perfect combination of chocolate, marshmallow, jam and biscuit, Wagon Wheels were a staple in the school lunchbox for generations.

Also in this aisle is the famous Anzac biscuit. Made by women for their men serving in the WWI trenches, the sweet treat was designed to last the long boat journey to Europe. Where lesser baked goods would have failed, stale and crumbly are not in the vocabulary of the Anzac biscuit. They might be half New Zealand in origin but, along with the Pavlova, Australians have claimed the biscuit as our own. An Anzac Day isn’t complete without a plate of your own homemade version. 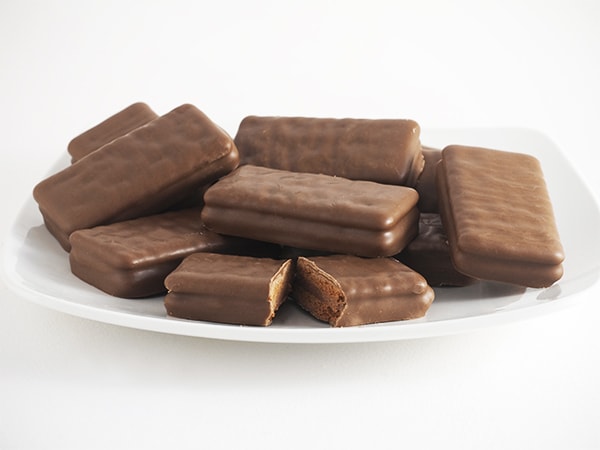 Ah, the Lamington. Australia’s favourite cake. Listed as an Australian icon by the Department of Foreign Affairs and Trade – alongside Vegemite and Aussie Meat Pies – this fluffy sponge square is coated in chocolate and rolled in desiccated coconut. And, if you’re lucky, filled with a layer of cream or jam between the two halves.

According to all reports, the Lamington’s invention can be traced back to Queensland, with a recipe appearing in the Queensland Country Life newspaper as early as 1900. What happened before then is speculation, but involves a state governor (and inventor?) called Lord Lamington. While preparing for an event, his tea-maid supposedly dropped the Governor’s favourite sponge cake into some melted chocolate. To avoid his guests procuring messy fingers, Lord Lamington suggested that it be dipped in coconut to cover the chocolate. The rest, as they say, is history.

These days you can pick up Lamingtons from pretty much anywhere, but we have a few favourite iterations around the country.

The Lamington has been listed as an Australian icon. 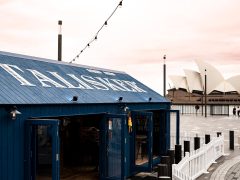 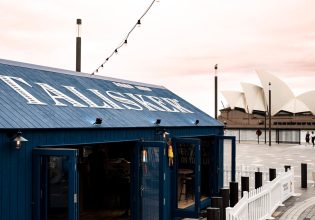 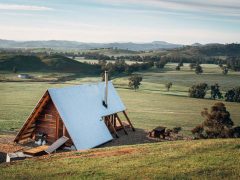 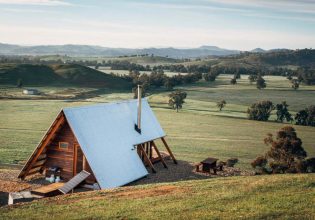 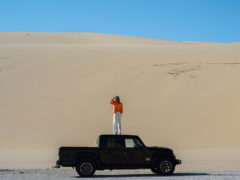 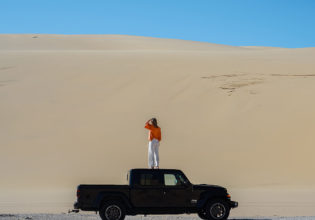 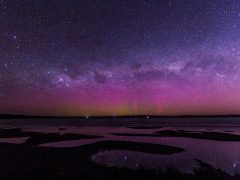 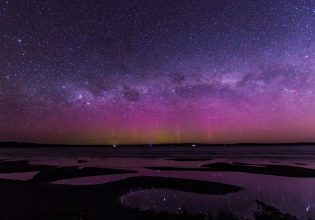