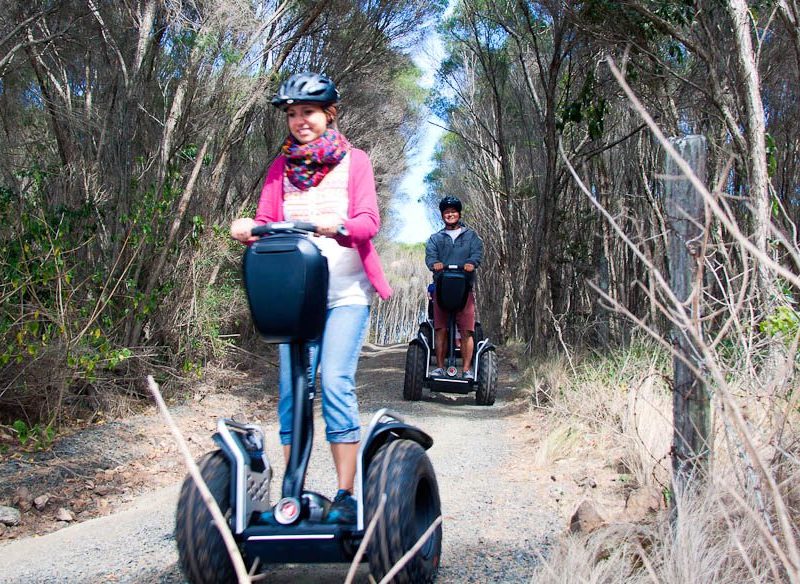 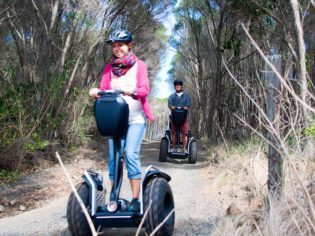 One by one, over the past few years the Segway has been slowly rolling into our favourite holiday spaces. Now, city by city, it is silently colonising our urban areas too.

By the middle of 2014, tours on the unlikely-looking ‘personal transporters’ (PTs) may start at some of Melbourne (Docklands and MCG) and Darwin’s tourist hubs after regulations changes removed restrictions on use in certain areas.

In Queensland laws were changed in 2013 that let PTs loose on footpaths (as long as you wear a helmet) and during the past couple of years tours have popped up in Hobart, Perth and around Lake Burley Griffin in Canberra.

In the past the mythical two-wheeled upright scooters were considered outlaws on the streets, particularly anywhere where they were likely to clash with pedestrians, with questions marks lingering about insurance and registration. But they have been more or less free to roam on private property.

So while Australia’s metropolises await the potential influx of the Segway generation, here are some landmarks where PTs have already well and truly rolled over new ground.

Get sandy on a Segway at Kingfisher Bay Resort while you explore the tidal zones of the Great Sandy National Park on the western side of the island. Under the guidance of a ranger, the X2 off-road version can hit 10km/hour. $79 for one hour.

A pre-drink Segway tour of the vineyard, madam and/or sir? An increasing number of wineries around Australia are showing around their guests Segway style. Puddleduck Vienyard in Richmond, Tasmania, Cupitts Winery near Ulladulla, on NSW’s south coast, and Rochford Winery in the Yarra Valley are just a small sample of the more mobile estates.

It’s the easy way to tour the island (if you’re over 12) that will put a “Segway smile” on your face, according to Segway Tours WA. The company has two ways to see Rottnest, once you gain a little ‘off-road’ experience: the one-hour Kingstown Explorer or the 90-minute Fortress Adventure, focussing on Rottnest’s historic harbour.

The PT is opening up the Illawarra on NSW’s south coast. Tackle bushland, beach and parkland around Killalea State Park on the adventurous Segway Tours South Coast. $39 for 30 minutes. Meanwhile, north of Sydney in Newcastle, there are whispers that tours will be launched along Nobbys Beach.

At O’Reilly’s Rainforest Retreat on the Gold Coast hinterland you have the chance to whiz past the World Heritage-listed Lamington National Park on two wheels. There is even an adventurous creek crossing included ($99 for 30-minute’s training plus 90-minute Moran’s Falls tour). Further north, Segway Townsville gives you a brush with the local wetlands and the around 390 kinds of birds and fauna within, guiding you around the 3,245 hectares of Townsville Common Conservation Park, 6km north of the city.