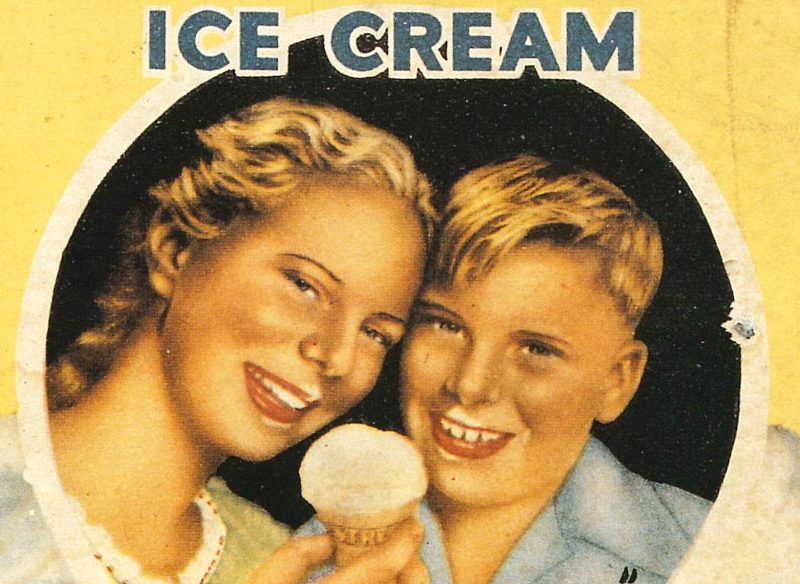 Summer and ice-cream go hand-in-sticky-hand, so with endless warm days just around the corner Megan Arkinstall gets nostalgic with Streets, the brand behind some of Australia’s favourite frozen treats.

More than 80 summers ago, in the 1920s, the story of Australia’s most iconic ice-creams, Streets, began in the back shed of Edwin (Ted) Street’s home in Corrimal, NSW, with the Penny Pinky.

Costing just one penny, this strawberry ice-cream in a cone was so popular Ted Street had to build a factory just to keep up with demand.

Many creamy treats and chirpy advertisements later, reminding us “It couldn’t be creamier!”, Streets became one of the country’s best-selling ice-cream companies.

In 1953, Streets launched Australia’s first individual frozen treat, the Paddle Pop. Ron Street (Ted’s engineer nephew) was the brains behind the paddle-shaped ice-cream but Ted wasn’t taken by the idea: “It will be a nine-day wonder,” he apparently said.

But the Paddle Pop changed the way ice-cream lovers could consume their frozen treats: instead of visiting the corner store for a scoop, they could keep a box in their home freezer. It was revolutionary!

Originally just available in chocolate, Streets added vanilla, fruit salad, blackcurrent, banana, rainbow and caramel to the flavours, and the iconic Paddle Pop Lion (“I’m the lion who loves Paddle Pops!”) encouraged us to try them all. It worked: in the 20th century, the Paddle Pop was the world’s best-selling ice-cream per capita.

With the Swinging ’60s came the Gaytime, which originally comprised strawberry ice-cream encased in vanilla ice-cream, covered in a layer of chocolate and short-cake crumbs. But in the ’70s, the toffee version, known as the Golden Gaytime, became the chief flavour. Nostalgic advertisements suggest that it is “More like a party than an ice-cream” and “It’s hard to have a Gaytime alone”.

Indeed, cheeky ads are part of the Streets story. One from earlier this year featured Bubble O’ Bill (the gumball ice-cream inspired by cowboy Buffalo Bill) and a Golden Gaytime in a confused exchange.

“Gaytime?” Mr O’ Bill asks, to which Gaytime responds “Whoa there Cowboy!”, seemingly referencing Brokeback Mountain. Another shows a Calippo suggesting his new boss, Bubble O’ Bill, has a stick up his…

The latest Streets ice-cream to cause a frenzy is a hybrid of two classics: the Golden Gaytime and the Cornetto. The Gaynetto is the result of a campaign run by self-named Chief Golden Gaylord (creator of the Golden Gaytime Facebook fan page) whose legion of followers helped him convince Streets this dreamy combination would be a sensation.

Whether it joins the Paddle Pop Hall of Fame or becomes a distant creamy memory like the Penny Pinky, we’re licking up these sweet icy treats before they melt in the sun.

→ The cameleers role in shaping Australia