The cameleers role in shaping Australia 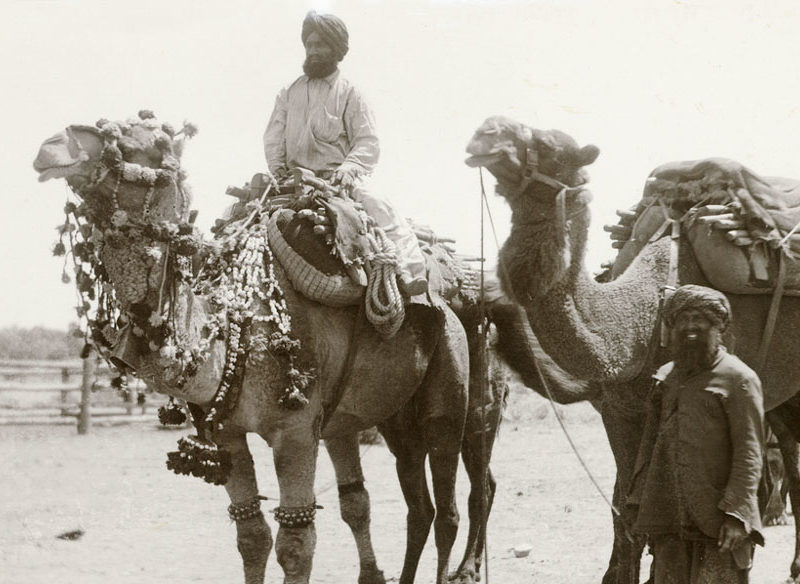 Recruited from the Middle East and India for their hardiness, camels were the backbone of support behind some of this country’s most ambitious infrastructure projects, writes Jessica Zavolokin.

It’s the New Year’s Eve of 1865 in Port Augusta, South Australia, and a crowd of people gather to witness the spectacle of 124 camels being hoisted from a ship onto a new continent and 31 peculiar, sandal-clad men setting foot on unfamiliar territory.

These foreigners would go on to be a pillar for the Australian economy, ultimately supporting the outback for 50 years, playing a pivotal and much understated role in Australian history.

Nineteenth-century Australia was a magnet for explorers, settlers and prospectors who were eager to map the vast and inhospitable continent, but it had become clear that horses, the traditional means of transport, weren’t suitable for such tough conditions. The solution was the so-called Afghan Cameleers (a misnomer because they weren’t all from Afghanistan).

They would assist exploration parties – such as the Burke and Wills expedition of 1860 and Madigan’s Simpson Desert Crossing in 1939 – hauling supplies and resources where horses and oxen couldn’t.

Madigan initially described the camels as “queer, stupid and unapproachable”, but acknowledged their capabilities in the soaring heat when food and water dried up. He said the camel “kneels, uncomplaining and unconcerned, a tower of strength and comfort… good for another 200 miles”.

There were some 800 cameleers in Australia by the 1890s; not only did these men and their steeds assist with exploration, they played a momentous role in our country’s infrastructure.

Graham Dadlah, a train driver on The Ghan for more than 35 years, honours his ancestral legacy: “My great grandfather was one of the first cameleers to come out in the late 1800s to Australia; he was brought out here to work the camel trains and deliver transport for the telegraph line through to Alice Springs.”

More than 150 years on, he feels great pride taking passengers through the heart of the country. “It’s a unique job and I feel honoured to be a driver of this legendary train.”