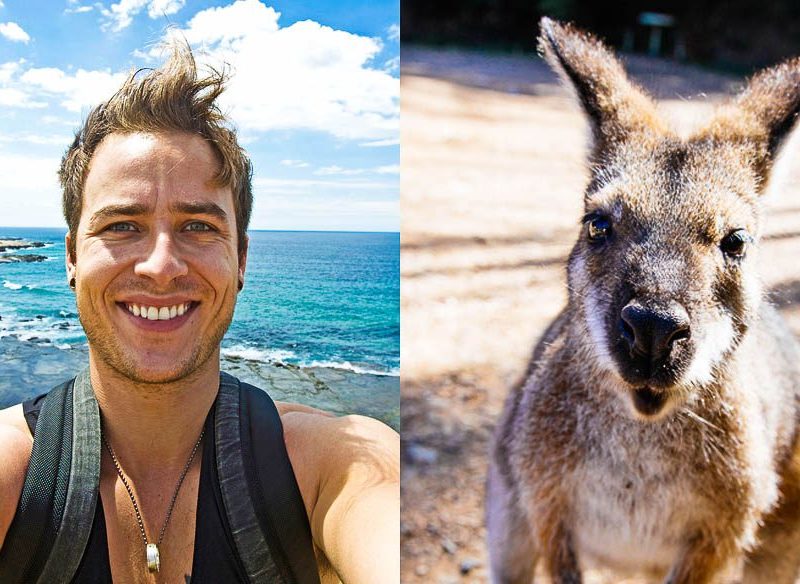 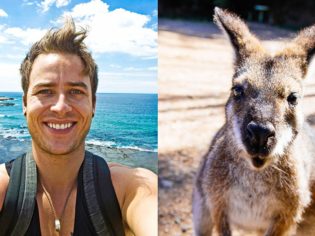 Andrew Smith from Orange County, California, has been travelling all over New South Wales as part of his role of ‘Chief Funster’ for Destination NSW, a six-month role he won as part of the ‘Best Job in the World’. Australian Traveller asked Andrew to make the big call, home or away…

When I tell people I’m from Southern California, those who aren’t from there commonly react with, “wow!”, “awesome!”, or “I love it there”.

After winning the Chief Funster job in December 2013, I left my home in California behind, for another sunny locale, Sydney. Funny thing is, all the responses to where I live now are the same. People genuinely love it here, too.

But what incites responses like those about both places? There are indeed a lot of similarities, but also a few differences. I’ve come to notice a few. Here are five for starters:

Los Angeles and Sydney have similar city populations: LA is 3.86 million and Sydney is 4.6 million. Both look, feel and act like big cities. Big cities can be a beast to navigate, but a nice surprise about Sydney is that getting around is so easily. Let’s get real for a second: walking from one end of Downtown LA to the other is ludicrous, but walking from one end of Sydney’s CBD to the other is hardly a big deal.

What’s even cooler is being able to skateboard through Sydney and not get arrested for it. Dedicated cycle lanes on all the roads are quite a touch, too. It’s a simple luxury that you quickly get out of touch with being in California. “Rush hour” here feels like a vacation in comparison.

Both California and NSW are blessed with amazing fresh local produce, a diverse range of cuisine types, establishments from casual cafes to fine dining, and a heap of locals who are passionate about food. And most locals producing these foods are from the countries of the foods’ origin.

While my staple cuisine, Mexican food, is not quite as amazing in NSW as it is in California (a state where more than one-third of residents’ main ancestry is Mexican), European food fares very well. German, English, French, and Spanish, you name it, you can find it here. Pub culture in the States is practically non-existent, but European cuisine has inspired many menus in pubs around Australia and many of the best restaurants in NSW have chefs with experience in Michelin-starred European kitchens.

Asian food is truly excellent here, and the supermarkets are legit. Having lived a year in Seoul, South Korea, I can verify that Sydney’s Pitt Street has the real deal. Also Chinatown here is, as you’d expect, full of authentic, fresh and satisfying Chinese food.

Café and coffee culture in NSW are huge, much bigger than in California where great coffee is restricted to enthusiast shops and bigger cities. You can find good coffee pretty much anywhere in NSW, whether it’s at a hole-in-the-wall café in Newtown or in an unassuming cafe in regional NSW like Factory Espresso in Orange.

Unlike in California, cafes, restaurants and bars here spill out onto the sidewalk with chairs, tables and chalkboard menus updated daily with specials. Sitting outside really adds to the ambience.

There’s always something going on here, with constant public events and festivals, and often with a free program. In LA, festivals seem to be mostly for enthusiasts, appealing to niche groups like Sriracha hot sauce lovers, K-pop fans and Yu-gi-oh card players (Japanese manga).

On the contrary, people here don’t always plan to go to festivals, as they often have the luxury of just walking in on them. There are food and wine festivals, music festivals, arts festivals, family fun festivals, light and sound festivals. The list goes on, but they allow for both enthusiasts and casuals.

There are so many unfamiliar animals; it is the real-life equivalent of Pokémon. I mean, what is a quokka anyway? Koalas, kangaroos, possums and cockatoos everywhere, and the laughing kookaburras are hilarious.

Every night in Sydney, hordes of flying foxes peacefully glide through the sky in search for fruit and bugs, it’s great to see the native wildlife in the city. Comparatively, the array of people in Venice Beach may feel like different Pokémon, but the animal version is a bit more approachable.

Getting up close and personal with the icons is a great experience. In California, you can hike up to the Hollywood sign, for instance. Likewise, you can get right up close to and inside the Opera House. However, when you feel like climbing the Golden Gate Bridge in San Francisco, you can’t. The Sydney Harbour Bridge, however, is available to scale daily. It’s an awesome experience, where you see Sydney from up high.

Another quirky feature is the love affair with ‘Big Things’. Dotted around the state are a great variety of large statues and structures representing a destination’s local industry: The Big Golden Guitar in Tamworth, the Big Banana in Coffs Harbour, the Big Potato in Robertson, the Big Merino sheep in Goulburn, the Big Prawn in Ballina – the list goes on! They might not be the Sydney Harbour Bridge, but they’re definitely worth a look if you happen to be in the area.

Look, there’s no denying, California is amazing. Many people around the world dream of getting there and I couldn’t complain about calling it my home. But, I’m living the dream here in NSW. There is so much going on at a liveable pace, with sunny skies, endless activities and passionate people.

It really is an amazing place.