Your Guide to Solo Travel in the NT 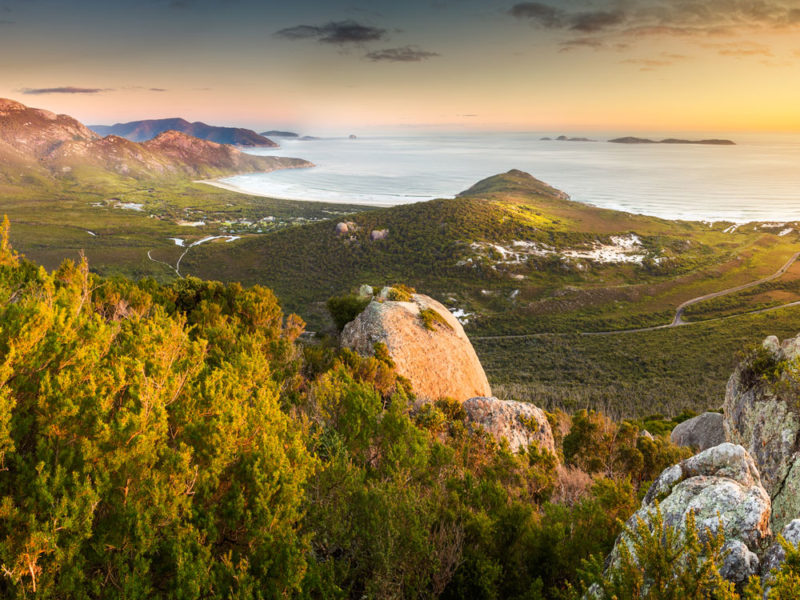 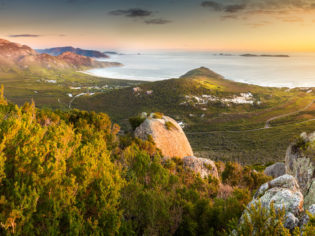 There’s no better place to contemplate life than against the stunning blue skies and spirited red dunes of the Northern Territory. But is it safe to travel through Australia’s outback on your own? We think so. Here’s how it’s done.

Owing to some straight-up facts, the Northern Territory can appear intimidating for solo travellers. For starters, it has a whopping footprint of 1.4 million square-kilometres and only about 250,000 residents, making its total population smaller than that of Wollongong in NSW. What’s more, key destinations here are far-flung: both Darwin and Alice Springs are a minimum three-hour drive away from some of the Territory’s more iconic townships and national parks.

But while the NT is indeed massive and sparsely populated, these traits provide equally compelling reasons to visit – especially for solo travellers (of all ages) with a passion for rugged landscapes, cultural depth, and outback-style affability.

Yes indeed. Designed around outdoor living, Darwin is a piece of cake for solo travellers, with a couple of small exceptions. Due to its size – it boasts a population of about 120,000 – the city lacks the public transport infrastructure available in major metropolitan areas, so you might find car hire useful here. That said, the bus network is easy to navigate and covers most the city.

The other factor to consider is that the CBD – especially around Mitchell Street – can prove a little raucous after 9pm. Stick to more low-key areas at this time. For those staying in the city, the Darwin Waterfront precinct is especially safe and tranquil, as is the nearby Deckchair Cinema where open-air movies play amid towering palm trees.

Up for bars and clubs? Try Melbourne-style offerings Lola’s Pergola in Cullen Bay, Babylon in Austin Lane and The Trader Winnellie Road in Winnellie. For a breezy, more rustic atmosphere, head down to the Darwin Ski Club near Mindil Beach. Two of the more pumping nightclubs are Discovery and the LGBTQI+-friendly Throb, both in the CBD. With the exception of Discovery, which targets the under-35 crowd, these clubs and bars will suit everyone over the age of 18.

Probably the best outdoor cinema in Australia, the Deckchair Cinema on Darwin Waterfront.

Meet other travellers by staying at a hostel such as Darwin YHA or Chillis Backpackers. When I first moved to Darwin, I stayed at a hostel for almost a month, and made life-long friends here – as well as a couple of travel buddies, including an 80-year-old woman who gave me excellent tips for things to do in the city. Hostels really do put you face to face with some of the most interesting fellow explorers.

If meeting people isn’t high on the agenda, head to hotels and apartments based in the CBD and Waterfront area, such as the Vibe Hotel and Darwin Waterfront Luxury Suites. Other excellent accommodation options for solo travellers include the H on Smith Hotel, Oaks Darwin Elan Hotel and – if you want to spoil yourself – Mindil Beach Casino Resort, where you can swim up to your room and order Pimm’s and lemonade from a swim-up bar (replete with underwater stools).

Things to do in Darwin for solo female travellers

For stellar Darwin day-time activities, head to the Museum and Art Gallery of the Northern Territory, take a sunset harbour cruise, visit Fannie Bay Gaol, and – a Darwin must – wander through Mindil Beach Sunset Market, Parap Markets, or Nightcliff Markets for a local laksa (Malaysian-style soup), paired with a tropical fruit smoothie.

Things to do around Darwin for solo female travellers

A visit to the Top End is incomplete without venturing past Darwin to its surrounding national parks and nature reserves. For solo travellers, natural swimming holes at Berry Springs Nature Reserve and Litchfield National Park are an easy day-trip away – best explored independently with a car. Make sure to stop in at local mango farm Crazy Acres for a tropical-flavoured ice-cream, and at Territory Wildlife Park for a beautiful, bushy encounter with Top End fauna.

As it’s further away and the distances between sites are ample, Kakadu is better discovered on a tour. Excellent solo travel tour operators include Lord’s and Davidson’s Safaris, as well as World Expeditions.

Another yes. Toting, arguably, the prettiest name of all Australian townships, Alice is a small town with a big personality.

Eating and drinking as a solo traveller in Alice Springs

Alice Springs is full to the brim with fantastic cafes where you can disappear behind a book, a plate of smashed avo, and an excellent coffee. Think: Page 27, Bean Tree Cafe at Olive Pink Botanical Gardens, The Coffee Horse and The Goods.

Page 27 is loved by locals for its all day brekky and pumpin’ tunes.

Alice Springs also has a grungy, gritty edge, and this is a boon if you’re into music and performance. Epilogue Lounge, for instance, hosts rotating events (such as ‘Afro Calypso Tropical Disco’, hip-hop night, and music fan meet-ups) on Friday and Saturday nights. Similarly, for a bar experience you’ll never forget – and in a sense, one that can only take place in a destination as quirky as the NT – head to Monte’s Lounge, a circus-themed pizza restaurant-cum-bar in the town centre.

Open until the wee hours of the morning, Epilogue is famous for its share plates and vibrant live music scene.

Again, hostels are a great way to meet people. I met the love of my life at Alice’s Secret Travellers Inn, for instance. Other great hostels include Alice Lodge Backpackers and Alice Springs YHA. For a more upmarket option, book in at Vatu Sanctuary, a small collective of art-filled villas. This enclave shares a common pool and backyard area.

Things to do in Alice Springs for solo female travellers

When away from your stay, venture to Alice Springs Desert Park – the sister park to the Territory Wildlife Park – and hire a bike to explore the bushland area surrounding Alice Telegraph Station. After a bit more adventure still? Take a serene, Red Centre balloon flight with Outback Ballooning, or a camel tour with Pyndan Camel Tracks. If you’ve got a sensitive or bony bum, wear padded pants for the latter.

Again, for solo travellers, the only factor to be alert to is that Alice Springs is a funnel destination for various nearby communities and, at night-time, the resulting motley mix can express itself through rowdiness. This occurs mostly close to Todd Street Mall and around the Todd River banks. What this means for you: it’s best to be vigilant after dark, and where possible, travel in pairs.

Things to do around Alice Springs for solo female travellers

The majestic, purple-hued MacDonnell Ranges lies west of Alice Springs. Hire a car and explore Standley’s Chasm, Ellery Creek Big Hole and Ormiston Gorge, or travel out here with an Indigenous guide from RT Tours Australia (another solo travel-friendly tour operator). Travel deeper into the Red Centre on a SEIT Tour that explores Uluru. And, if you have extra time, wander over to Watarrka National Park to witness the fascinating ecology and dramatic cliffs and rock formations at King’s Canyon. Base yourself at King’s Canyon Resort here and choose from guided or unguided activities such as the Rim Walk and scenic flights.

Take the Larapinta Trek through stunning territory in the West MacDonnell Ranges.

Your Ultimate Guide to the Tiwi Islands

Art, footy and fishing fever abound in this far-flung northern sanctuary. Take a ferry ride to the Tiwi Islands for a window into Top End Aboriginal c...

Rock formations, stunning natural pools, thundering waterfalls and monsoon rainforest: it may not be as well-known as its bigger neighbour, Kakadu, bu...

The beating heart of Australia is the perfect place for avid adventurers. This 5-day itinerary has everything for your inner thrill-seeker – from sk...

The eight best glampsites in the Northern Territory