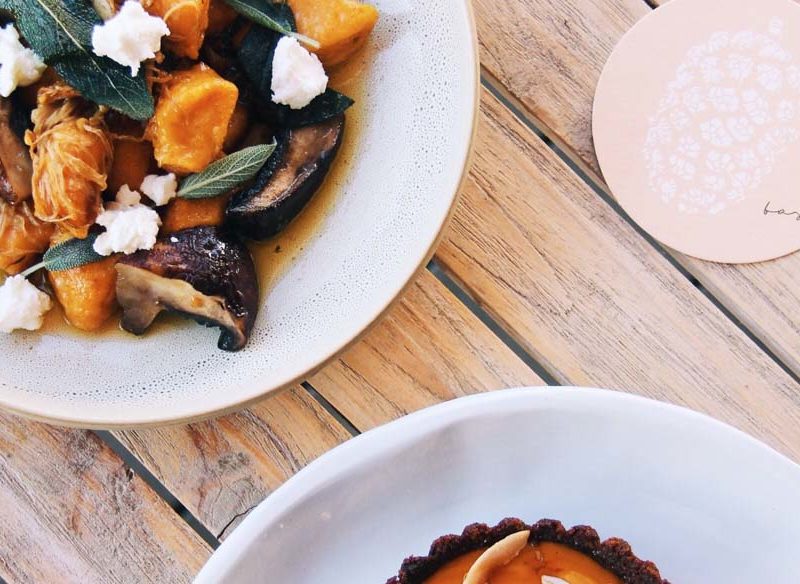 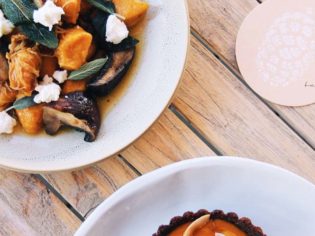 Craig Tansley discovers one of the Gold Coast’s newest restaurants, Baskk at Coolangatta, that’s as much about dining out as it is about its (great) menu. Read his secret review now.

It wasn’t long ago that the best meal you could have on the Gold Coast was chicken parmigiana with chips, provided you signed in at the surf club it came served up in. Surfers Paradise had fancier fare, but who wanted to go there on a Saturday night among all the 20-somethings out to party?

If you haven’t visited the Coast recently, you might not recognise the place. The beaches are still here, but these days the restaurants beside them look like somebody snuck them out of Melbourne when no one was watching.

Which leads me to a former pancake shop, Baskk at Kirra Point. It’s right on the road, but I like that stepping inside takes you somewhere else entirely. I forget immediately that just next door is the cinema complex that I frequented in my teens.

It’s boho heaven in here; there’s a huge, open bar where staff mix cocktails, and a collage of moving images playing on the walls. The interior is lime-washed and dominated by natural materials, like straw throw pillows, driftwood, linen and seagrass. I feel like I floated in with the tide. 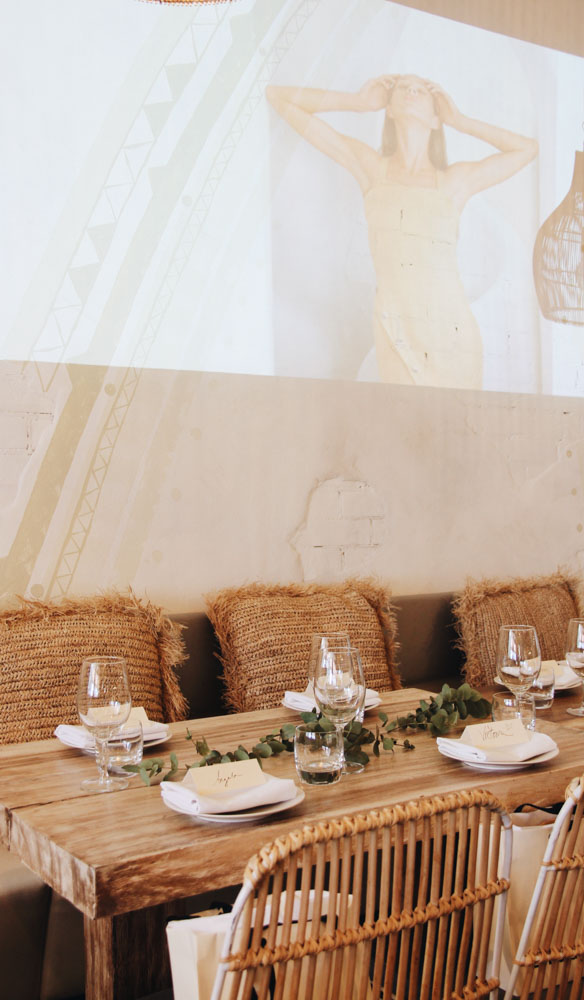 Moving images play on the walls at Baskk, Coolangatta.

There’s a steady stream of good-looking patrons in fancier clothes than I’m used to seeing round these parts. I’m here on a Saturday night; in an hour or so Baskk will morph into a cocktail bar. But for now, it’s still all about the food. Oscar Wade – who trained under Luke Mangan at Glass Brasserie – oversees the menu. He’s only 24, which tells you something about the place.

I start with blue swimmer crab with green apple, avocado and homemade crisps, then I order from the raw menu – the king fish and scallop yuzu-infused ceviche, tortilla cucumber and chilli salad is the best thing I’ll order all night.

The noise builds. This is a people-watching Mecca; between courses I’m distracted by the diversity of types here tonight – from the dandies in their linen pants rolled up above the ankle, to the shorts and thongs brigade.

I opt for a charred king prawn pizza, which sounds boring, I know, but the sliced almonds and the fennel kimchi make it anything but. By now, margaritas are moving out thicker and faster than food dishes, the DJ has started up, and hips are starting to shake. 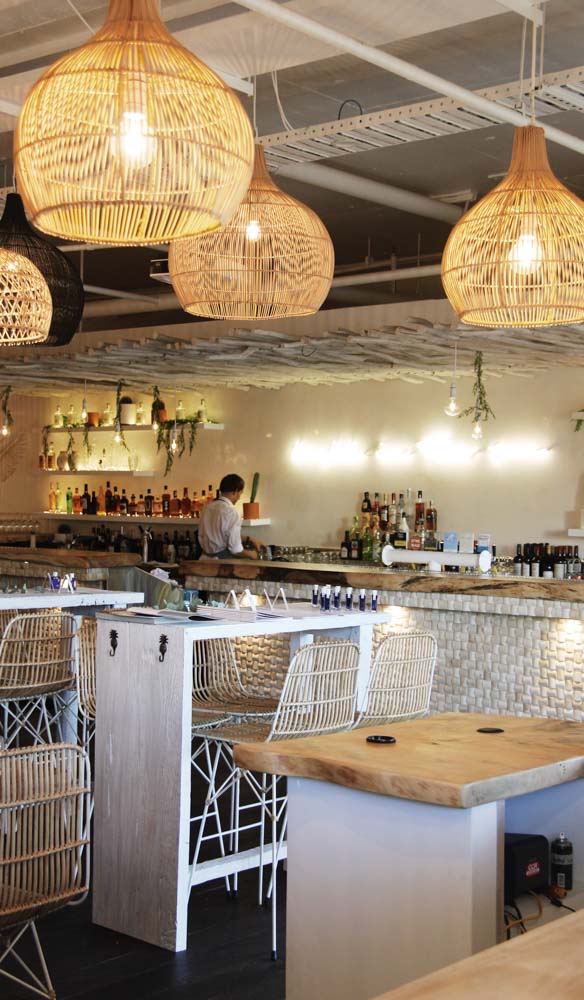 It all amounts to a fine dining experience at Baskk Restaurant, Coolangatta.

This part of the Gold Coast’s long been in need of an overhaul, and Baskk is bringing change fast.

Verdict: If you’re into a dining experience, this is the place for you. The food is world-class, but it’s just a fraction of what’s going on in here.

We rated: Like walking into southern California circa 1978. This is seaside casual-chic at its finest, with a menu that suits the vibe perfectly.

We’d change: Keep the DJ quiet until at least 9pm on the weekend. Or maybe I’m getting old? It’d be great to have another hour for dinner conversation.