Everything you need to know about Margaret River 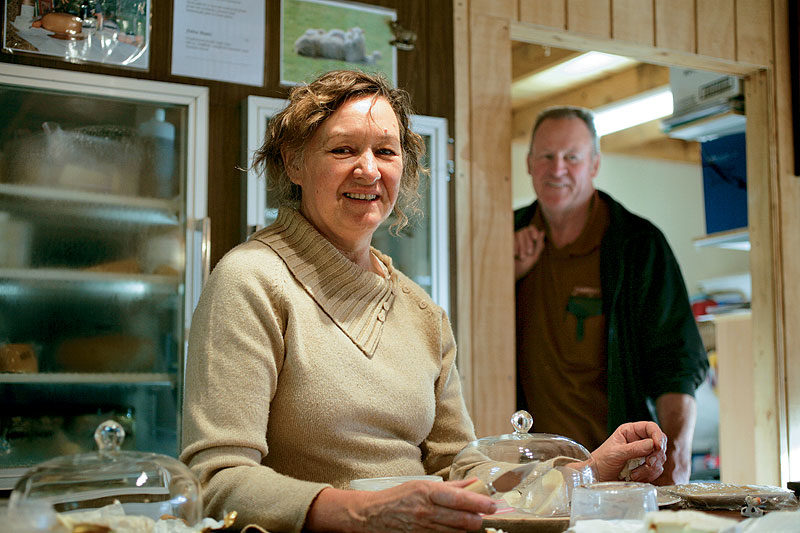 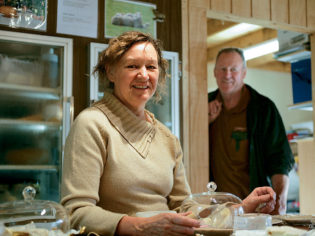 Australian Traveller discovers there’s much more to WA’s southwest than just surf and wine. Such as earthy breads, stinky cheeses and those mysterious, elusive truffles . . .

Everyone asks the same question when I tell them we’re going on a truffle hunt: “Will you be able to keep what you find?”

I reply that I don’t think it’s that sort of a hunt. Dogs will be doing the actual searching, and I’m sure truffles are far too valuable for tourists like us to simply scavenge. To be honest I’m not sure I’d know what to do with one – a whole one – if I ever found myself in possession of it. While I’d never say no to a truffle of the chocolate persuasion, these fellows are the real deal: roundish, knobbly, pockmarked and liberally covered in soil, not with a genteel dusting of sifted cocoa ready for afternoon tea. No beauties these, to be sure, yet their flavour and scent have evoked crimes of passion and intrigue. At the very least, seduction. Mud cooked by lightning, Plutarch called them.

Point is, we may not even find any.

So, with these thoughts in mind, I found myself recently trailing a cream Labrador, Errol, through a mini forest – more accurately a trufferie – of young hazelnut and oak trees near Manjimup, a former mill town hidden in tall tree country right in the heart of WA’s southwest corner.

Around a decade ago, after careful assessment of the climate and soil, visionary scientist Nick Malajczuk planted 13,000 trees here. He inoculated their roots with black Perigord truffle spores – and waited. And waited. Truffle raising is like that. A lot of faith and patience. The first truffle, weighing 168g, was found in 2003. In 2006 the haul for the season was 125kg, in 2007 it topped 400kg, and many people are getting very excited about this new industry.

Finally Errol stops. He scratches the ground excitedly, then steps aside. This is the cue for his handler, Damon Boorman, to join in, digging with his fingers to clear out a little soil. “It has to smell right,” he assures us, sniffing his prize. We nose his palmful of moist black earth and it smells pretty much as we’d expect it to, but there is a certain pungency, which Damon pronounces as good. The truffle is ripe, so he ever so gently ferrets it out and passes it to his partner, Sue, who places it in a canvas bag marked with the exact location. This information will prove crucial to the still-evolving science of truffle growing.

After an hour, Sue’s bag is bulging, Errol’s expertise has been rewarded many times with meaty-bites, and we’re ready to see what lies under the muddy coating of our finds.

Nobody knows the truffles I’ve seen

In the main building, a cellar door for the Wine & Truffle Company’s wines and olive oils, as well as a brand-new cafe, Boorman gently scrubs and weighs the truffles. One monster is 600g, worth around $1800 (reason enough as to why we won’t be taking any home). Some will go to upmarket Australian restaurants, others to Hong Kong, the US, Japan, Singapore, and, yes, France. If this sounds like a classic coals-to-Newcastle deal, there’s a twist: southern hemisphere truffles ripen during the north’s off-season. The French are enchanté to have access to high quality truffles during their summer.

Over lunch we finally taste marbled black slivers from one of the truffles “we” found (to be fair, Errol did most of the work), accompanied by a glass of Wine & Truffle Company’s fine sauvignon blanc. They taste slightly nutty, as if the hazelnut trees have lent a little more than just nourishment. There’s a crunchiness too, and that arresting earthy aroma, the essential mystique of truffles.

Living on bread and cheese

Just a short drive to the northwest we enter another dimension. Not far from Nannup, Bruce and Jean Wilde at Cambray Cottages and Sheep Dairy have had a cheese-change in the last couple of years. With their flock of sheep and newfound knowledge of the skill of cheese making they’re turning out a product that would sit well on any table.

More by good luck than anything else we arrive just as a transistor radio hung on a post is blaring out the signal for “the girls” to amble in from the paddock for milking. We watch as they make their way to the row of milking bales and snuffle in the feed bins as hoses are attached to their teats. Two to three minutes later, after yielding up to two litres of milk, they scramble down the out chute and back to their sheepy business.

Of course this is where the work begins and we sample the results in the tasting room. The range is quite amazing and includes a silky brie-style cheese, another called Camembray, a traditional Greek-style fetta and a Spanish-leaning St John’s Brook manchego-style cheese. My favourite is Friesette, meltingly creamy with a thin rind, perfect with crackers.

Next day at the coast near Dunsborough, another surprise. We’ve heard about Yallingup Woodfired Bread and make our way, following a trail of near invisible signs. We know we’ve hit the jackpot when we open the car door and are enveloped by the scent of freshly baked bread.

Inside, owner Gotthard Bauer is winding down from a busy day’s work. Rows of long freshly baked loaves – the last of the day’s 300 to 400 – cool on tables as his assistants busily post more puffy dough on long wooden peels into the ovens.

Bauer comes from a family of millers in Germany and so, once he settled in to this WA corner in 2000, it was a natural progression to look about for somewhere to make simple, wholesome, hand-formed breads – which are now sold through many markets and outlets in Perth and the region. Even so (proof of his success) as we talk to him, locals in the know arrive in the dark in a constant stream to buy bread for their dinners.

Mention Margaret River and the southwest of WA, anywhere, and people nod and murmur ah, yes, the wines . . . Soon they’ll be adding dreamily: and the cheese and that bread . . . and those truffles.

We have put together some select best of Margaret River lists to make it easy for you.

The best restaurants and wineries in the Margaret River