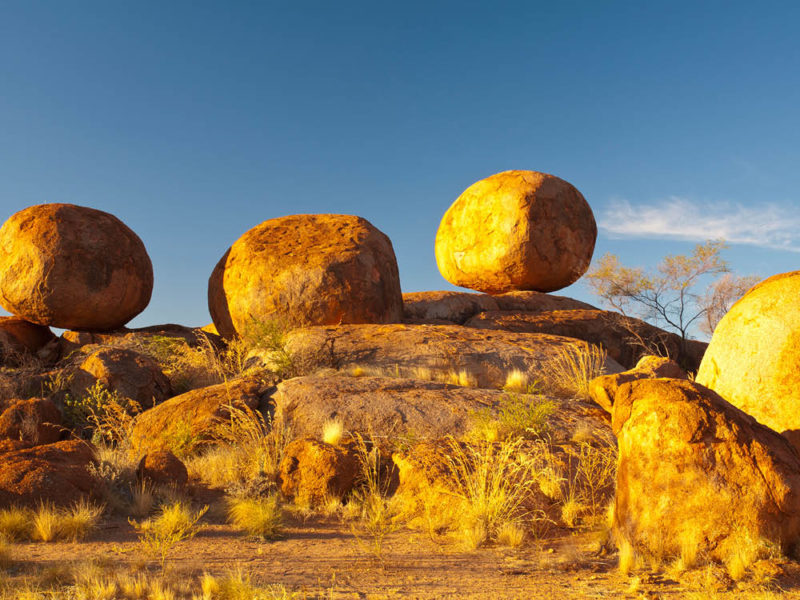 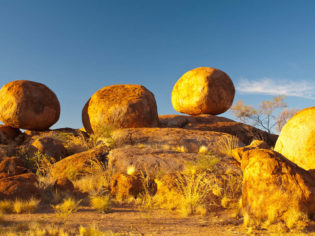 Delve deep into one of Australia’s most fascinating and remote regions, the NT’s Top End, on an inspiring Alice Springs to Darwin road trip.

Camel racing, bottomless boat competitions and a desert-load of activities make Alice Springs unlike anywhere else in Australia. You can quickly fill a handful of days in this outback town: our advice, mix independent exploring with a few guided tours.

Get your bearings at ANZAC Hill, where you can pay your respects to fallen soldiers while getting a 360-degree view of the town below. After, stop by the Alice Springs Telegraph Station to see where Europeans first settled in the town to relay messages between Darwin and Adelaide along Australia’s Overland Telegraph Line.

As for the colourful competitions, arrive in August and you can watch the Henley-on-Todd dry river ‘boat’ regatta. Get there in July and you can cheer on the cameleers kicking up dust at the annual Alice Springs Camel Cup. Photojournalist Jennifer Pinkerton describes the competition as “one crazy soup of a race”.

Cheer on the cameleers at the annual Alice Springs Camel Cup.

The Royal Flying Doctor Service is an important part of Australia’s history and you can learn about it at the original Alice Springs working base. Now a museum, hear the stories of pilots and medical staff during a holographic show, inspect old medical supplies and step inside a replica aircraft used to visit ill and injured rural Australians.

A challenging, but rewarding, side trip from Alice is the Larapinta Trail in the West MacDonnell Ranges. You can do the entire 223-kilometre trek or sample a section, and tackle it solo or with a company.

If you’re heading to Darwin, sign up to a tour so you don’t have to lug extra camping and hiking gear with you for the rest of your trip. Australian Walking Holidays takes the stress out of the adventure with treks that come complete with semi-permanent campsites, hot showers and three-course meals. Peak season on the trail is May to August.

Larapinta: a challenging, but rewarding, side trip from Alice.

You can fly to Alice from most major cities in Australia and hire a car or campervan at the airport or in town; Apollo, Britz, Thrifty and Hertz all have branches. You can also join a tour that showcases the best of the Top End.

For the quirk factor alone, road-trippers should call into Wycliffe Well, a holiday park, animal sanctuary, restaurant, lake and performance stage rolled into one. Its claim to fame is being Australia’s UFO capital and it has been labelled an ‘oasis in the desert’ by Tourism NT.

For the quirk factor alone, call into Wycliffe Well,

The first major stop you should make after leaving Alice is Karlu Karlu, otherwise known as the Devils Marbles. More than a collection of large, balancing boulders, they’re believed by the Warumungu Aboriginal people to be the fossilised eggs of the mythological rainbow serpent.

The Marbles, some of which are six metres high, are considered so special that Australian photographer Melissa Findley had this to say: “If I could tell you one thing about the Devils Marbles, it’s that visiting there makes you want to quit your structured life, buy a caravan and live every night there under those stars.”

Camp at the conservation reserve so you can experience the Marbles at sunrise and sunset.

The site of Australia’s last major gold rush (in the 1930s), Tennant Creek makes for an interesting stop on the Stuart Highway. Visit Tennant Creek Telegraph Station, which was built in 1872 and served as a refuge for travellers from the outback’s harsh conditions.

Other points of interest include Battery Hill Mining Centre for an underground tour; Nyinkka Nyunyu Art and Cultural Centre to learn the stories of the Warumungu Aboriginal people; Kelly’s Ranch, where you can go horse riding; and Lake Mary Ann, a popular swimming spot.

Stay at the basic, but comfortable, Bluestone Motor Inn.

You can’t pass through this part of the NT without calling into iconic Daly Waters Historic Pub. With copious bras, hats, t-shirts and foreign currency adorning the walls, this watering hole is as Aussie as pubs get. Time your visit for lunch and then aim to spend the night in Katherine, 275 kilometres north-west.

It’s the surrounding attractions that put Katherine on the map, and the most notable is Nitmiluk National Park. Picture towering Jaffa-coloured cliffs, silky green water and pandanus trees lining the banks of Katherine River.

With 13 gorges throughout the park, including the world famous Nitmiluk (Katherine) Gorge, the most popular way to explore is on a cruise and there are numerous companies to choose from. You can also get a bird’s-eye view from a helicopter or follow walking trails to waterfalls and rock art.

You’ll also want to visit Leliyn (aka Edith Falls) to swim in the natural pool that offers respite in the Top End heat.

The town of Katherine is an obvious base for exploring the region and a handy pit stop for road-trippers needing to stock up on supplies. You’ll find a big supermarket and a motel if you pull into town late.

For a more luxurious overnight stay, book a room at the nearby Cicada Lodge: a community-run, high-end retreat, 30 kilometres from Katherine’s town centre.

There are a few waterholes worth stopping at before and after Katherine. Mataranka Thermal Pool (116km south-east of Katherine) is a popular attraction during the busy winter season thanks to clear water and mild temps.

Left to its more natural setting is Bitter Springs, two kilometres from Mataranka. Also thermal pools, there’s a slight current that makes for fun floating down the creek.

For a dip closer to town, visit the Katherine Hot Springs.

It’s one of the must-visit destinations in the Northern Territory and some travellers argue Litchfield beats Kakadu hands down. The park, about 120 kilometres from Darwin, certainly attracts a lot of visitors and it’s worth spending a few days here.

Stay at Florence Falls Campground, with a creekside path to the falls. The spring-fed plunge pool gets crowded, so arrive early. If you’re not staying overnight, there’s a car park and lookout at the top, with a staircase to the water.

The much larger Wangi Falls is also worth spending a couple of hours at. It’s more of an established tourist attraction, with viewing points, a walking trail and plenty of space to swim. There is a cafe and campground nearby.

Spend a couple of hours at the beautiful Wangi Falls.

Tick off the trifecta by enjoying a dip at Buley Rockhole. This is a fun spot, especially for children, as there are multiple pools and rocks to slide down.

The Litchfield area used to be a centre for tin and copper mining. Those operations ended in 1955 and the park was turned into pastoral land, and then designated a national park in 1986.

With three peaceful pools and a sprawling picnic area, Berry Springs is a wonderful morning excursion about 50 minutes from Darwin’s CBD.

Crocodiles can frequent the park, so swimming during the wet season (November–April) is off-limits and warnings should be heeded year-round.

The peaceful pools of Berry Springs

Crocs, markets, military history, swimming pools and a tropical climate that rivals Thailand’s – Darwin is a city with wow factor.

Darwin: a city with wow factor.

Let’s talk crocodiles first. There are a couple of places you can see them. Crocodylus Park is home to the famous jumping crocodile feeding tours, while at Crocosaurus Cove you can get an eye-full of the fearsome creature underwater in the ‘cage of death’.

Next up, visit at least one local market. The most famous is Mindil Beach Sunset Market, where every Thursday and Sunday (4–9pm April–October) travellers and locals mingle as they listen to music and chow down Asian-style street food; arrive early for a park.

Then there’s the military history. Wrap your head around it all at Darwin Military Museum, which houses a fantastic collection of memorabilia, and Darwin Aviation Museum, with its extensive display.

For something different, pop into the WWII Oil Storage Tunnels, or plan to visit during the Territory Tribute festival. It’s a month of film screenings, literary discussions, art exhibitions and commemorative services.

The weather can be humid, especially in summer, so when it’s time to take a dip head to the Wave Lagoon at Darwin Waterfront or the free Leanyer Recreation Park.

The virtual reality Bombing of Darwin Harbour experience at the Royal Flying Doctor Service Tourist Facility is world-class and puts you right in the middle of the 19 February 1942 catastrophe.

Go with a tour company

You’re spoilt for choice when it comes to tours in the Top End. AAT Kings has everything covered with a huge range of mostly multi-day tours, while smaller companies tick off a tonne of half-day and day options in Alice, Katherine and Darwin primarily. Great Southern Rail’s The Ghan Expedition also covers the Top End, starting in Darwin and calling into Katherine and Alice on its way to Adelaide.