How to holiday here this year in the Northern Territory 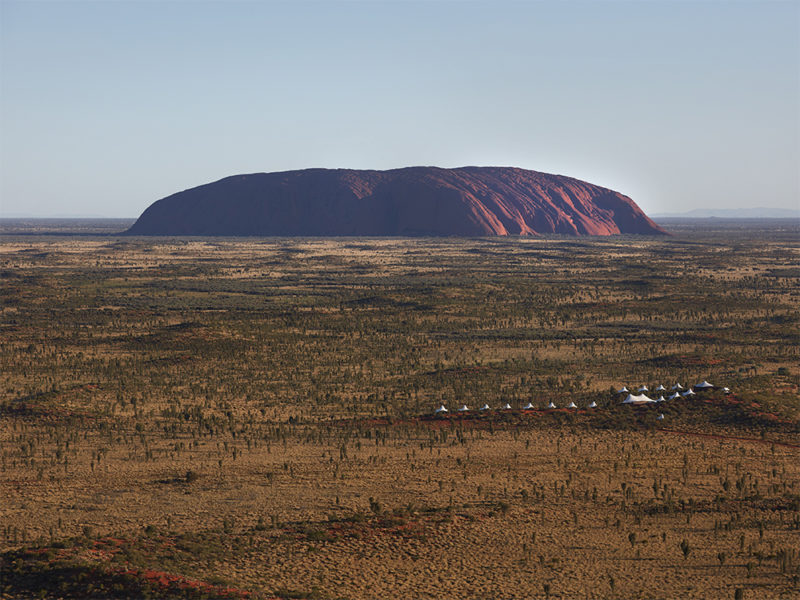 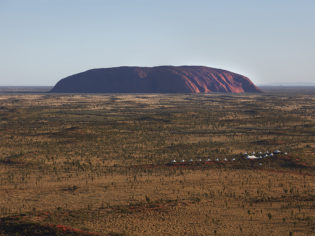 If you think you know what Alice Springs is all about, you might want to reconsider. Here are six unexpected ways to experience this cool and quirky city.

1.Discover top notch eateries: Head to the Todd Mall arcade to find Page 27, for great coffee and food in a quirky space, Epilogue Lounge does a good line in turmeric lattes, tapas and live music, and The Goods really does deliver on coffee and brunch. For something super quirky and unexpected, head away from the CBD to find Watertank Cafe. And make a dinner booking at Hanuman, the fine-dining highlight of Alice’s culinary scene.

2. By E-Bike: Alice isn’t all red dirt and flat terrain, as a day out and about on a mountain bike will soon reveal. Join an Outback Cycling E-bike Tour that ventures out into the bush that surrounds the city over undulating hills to the iconic Simpsons Gap.

4. Its art: Alice Springs has the most art galleries (per capita) of any town or city in Australia. Start at the Araluen Arts Centre, a keeping place of stories that showcases the evolution of Australian art from the Central and Western deserts, and hosts the Alice Springs Beanie Festival and Desert Mob. Todd Mall houses several more galleries including Papunya Tula Artists and Mbantua Gallery.

5. Parrtjima – A Festival in Light: Held over 10 days each April (with 2020’s event rescheduled for September), the program features an array of breathtaking light installations including the lighting up of the spectacular MacDonnell Ranges, as well as live music, film screenings and a number of workshops to learn local languages, dot painting and traditional crafts.

6.Through its desert: There’s a reason the Alice Springs Desert Park always tops guides to Alice Springs: where else can you get such a holistic oversight of the Red Centre desert and all its intricacies than here? 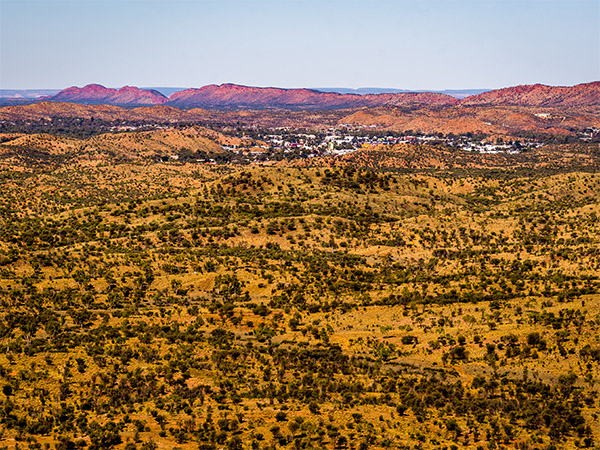 Be surprised in the Top End, NT

Between the major attractions of the Northern Territory lies a parade of unexpected delights just waiting to be discovered. Here, we have several to get you started.

1. It’s often said the best time to see the culturally rich and spiritually vibrant Kakadu National Park is the dry season (April to October), but take a trip up north during the tropical summer and prepare to be dazzled. Fly with Kakadu Air over the deep jade pools formed by the wet season, take in the rocky plateau of Lightning Dreaming, and check out Jim Jim Falls at the height of its power.

2. In a small museum at the Northern Territory Library, tucked away in a quiet corner of the city’s Parliament House, a portal to the world of Darwin’s traditional owners opens up. Displays about the strength and unity of the Larrakia people convey the message that the powerful spirituality of Kakadu or Arnhem Land doesn’t cease to be once you’re inside city limits.

3. The Air Raid Arcade in central Darwin doesn’t look old enough to have survived Cyclone Tracy let alone the Japanese bombings of 1942, but the name evokes the past and pre-empts the time warp within. Take a stroll down the arcade and discover a mix of indie fashion outlets, offbeat art and eccentric eateries like Mad Snake Cafe, bursting with relics from another era.

4. The Street Art Festival of 2019 left Darwin with 15 bright murals etched across the back streets of the CBD by a mix of local and international artists. Look around and you’ll find giant Gould’s finches, kangaroos standing atop Kombi vans, and a menagerie of crocs and snakes that come alive in glorious augmented reality through the lens of your phone.

5. Some of Darwin’s best dining experiences can be had by the water’s edge. Lola’s Pergola, with its funky circus-themed decor, robust drinks menu, best-in-class burgers and arresting views of Cullen Bay, is a standout.

6. Drive one and a half hours south-east of Nitmiluk (Katherine) Gorge to immerse yourself in the sweetest of local secrets: the turquoise, spring-fed thermal pools of Bitter Springs in Elsey National Park are set among palms and tropical woodlands and you might even find yourself swimming with freshwater turtles.

7. There’s no better way to explore Litchfield National Park’s 1500 square kilometres than by helicopter, run exclusively in the park by NT Air. Prepare to see some of Litchfield’s most popular sights – magnetic termite mounds, the mysterious Lost City, and the jewel in Litchfield’s crown, the mighty Wangi Falls – from a unique bird’s-eye perspective. All before landing on a rocky plateau at Sandy Creek, a croc-free pool featuring three mini waterfalls. 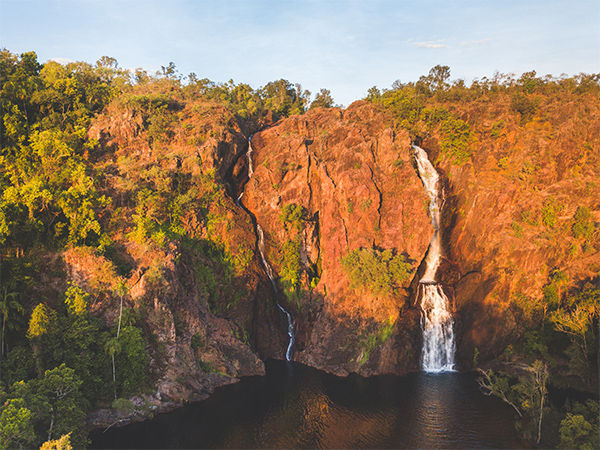 Be surprised in the Top End (Credit Tourism NT)

Whether it’s your first time or your umpeenth time, there has never been a better time to visit Uluru than now. Last year’s closing of the controversial climb certainly marked a new chapter in the sandstone monolith’s age-old history and with it cast light on the myriad ways you can actually experience Australia’s spiritual heart.

There’s Opera Australia and exclusive dune-top dinner, Tali Wiru. There’s luxury wilderness camp Longitude 131°, with privileged views of Uluru afforded from the supreme comfort of your bed. And of course there’s the opportunity to simply pitch a tent and plug right into the living cultural landscape of the Red Centre at Ayers Rock Campground.

And it might just prove life-changing. After all, it was a camping trip to Uluru in 1992 that famously inspired Munro to conceptualise Field of Light. 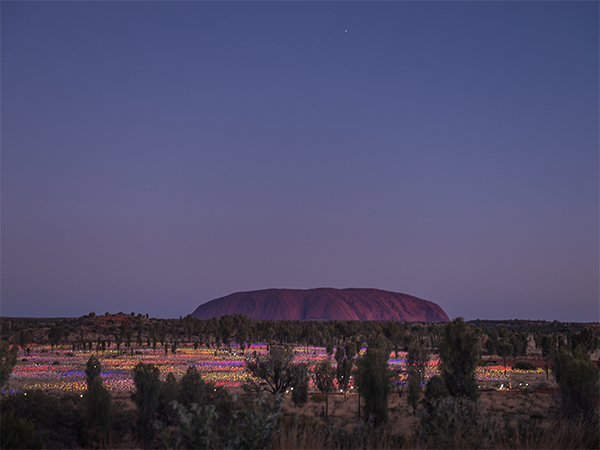 Plug into Uluru and Kings Canyon.

While the COVID-19 pandemic has curtailed the staging of the country’s vibrant Indigenous art fairs this year you can still add these fairs and centres to your dreaming list and visit the websites to keep track of virtual programs and 2021 dates.

Darwin Aboriginal Arts Fair (DAAF): Taking place on Larrakia Country at the Darwin Convention Centre, this annual fair held in August has become one of the largest gatherings of established and emerging Aboriginal and Torres Strait Islander artists in the country.

This year’s fair will be the first-ever completely digital offering, with sales and events taking place on the DAAF website and social channels – and 100 per cent of the money made through the sale of artworks (a total of $11.6 million in the last five years) goes to the artists and their communities. This year’s program will also include the inaugural National Indigenous Fashion Awards, a celebration of creativity and innovation in fashion and fabric design by Aboriginal and Torres Strait Islander designers and artists.

Desert Mob: This event takes place during September and October at the Araluen Arts Centre in Alice Springs and features works of art from the 35 Desart-member art centre from the desert regions and communities of the Northern Territory, South Australia and Western Australia. The event schedule includes artist talks, a day-long symposium, and an ethical art marketplace offering up affordable artworks.

Maruku: Owned and operated by Anangu, with 900 artists from 20 remote communities across the Central and Western deserts involved, visitors to Uluru can take part in dot painting workshops, join private art tours around the giant red rock mass and learn about the art of wood carving (punu).

Injalak Arts: Located in West Arnhem Land, this Aboriginal-owned art centre promotes the works of artists from Gunbalanya and surrounding outstations. Works include paintings, carvings and barks, and the centre is also the starting-off point for tours to nearby Injalak Hill to view its ancient rock art. Permits are needed to enter Arnhem Land and should be organised in advance.

Jilamara: Owned and operated by Tiwi artists from the Milikapiti community on Melville Island in the Timor Sea, visitors can tour this arts and craft association, and experience the serenity of the island and its landscape. Permits are required to visit the Tiwi Islands and can be organised through the Tiwi Land Council. 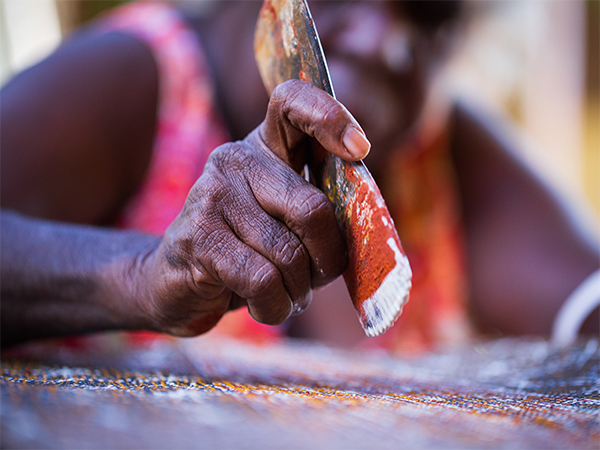 Join a women’s only tour in Arnhem Land, NT

The Yolngu people of Arnhem Land, located in the Top End of the Northern Territory, have a profound attachment to the land that has housed and nourished them for millennia. Indeed, they describe it as their mother. This relationship is at the centre of a visit to this area, and none more so than Lirrwi Tourism’s women’s only Gay’Wu dilly bag tour.

Conducted entirely by Yolngu women, the tour gives an insight into the strictly defined rituals and practices that women undertake within the society, and gives insight into the bush, the universe, the sky and the ancestors.

It also allows for a deeper connection with and appreciation of the environment, something that is definitely not culturally exclusive. During this five-day small-group tour, women and girls will learn about everything from bush medicine and weaving to kinship and astrology, and experience traditions like a crying ceremony and gathering mud crabs, and always finishes with a visit to the Buku-Larrnggay art centre in Yirrkala, considered one of the best in the country. 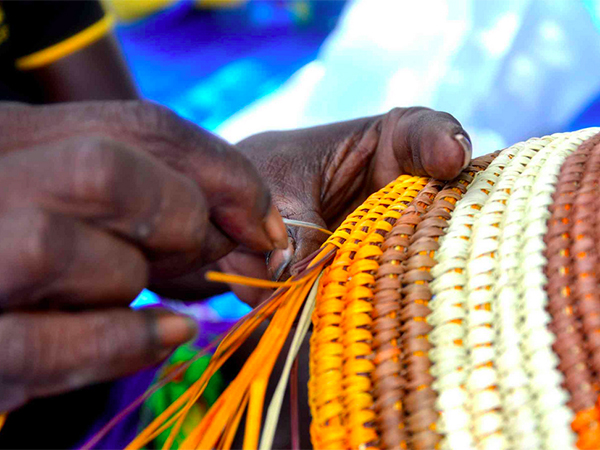 Find more places to escape to this year in our guide to the top 100 ways to holiday here this year. 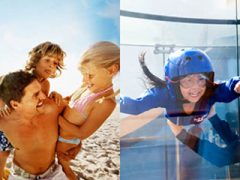 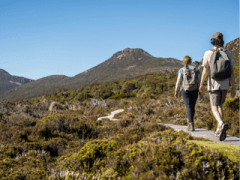 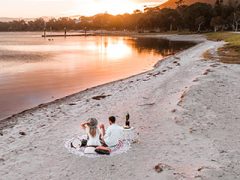 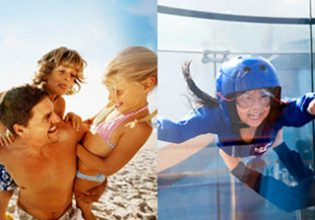 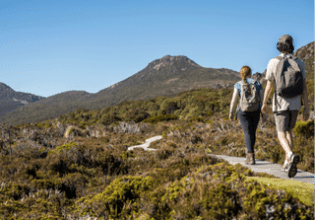 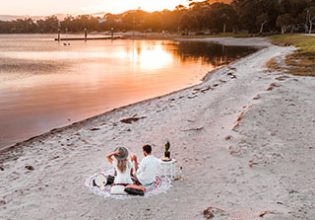 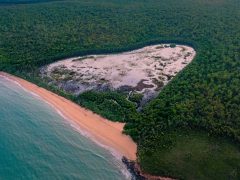 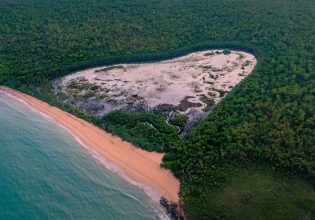 Your ultimate guide to the Tiwi Islands

The Tiwi Islands: a far-flung northern sanctuary where there’s art, footy and fishing fever abound. Until recently, the Tiwi Islands have been just... 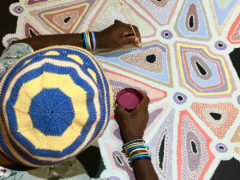 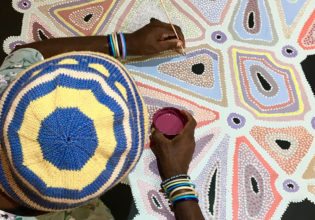 Why the Darwin Aboriginal Art Fair is an unmissable event

Darwin Aboriginal Art Fair is far too important an event to be sidelined, even for a year. That’s why organisers did a quick pivot to an online expe... 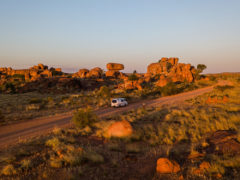 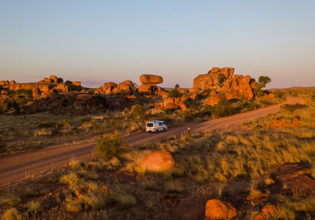 Caravanning with kids in the NT

As many young parents focus on settling down, a growing number of others are throwing caution to the wind and embracing caravan trips of a lifetime th... 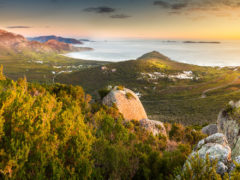 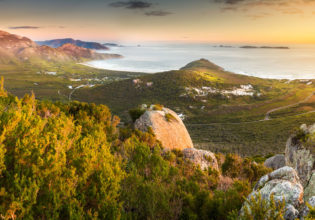 Your Guide to Solo Travel in the NT

There's no better place to contemplate life than against the stunning blue skies and spirited red dunes of the Northern Territory. But is it safe to t... 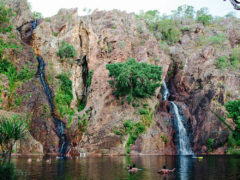 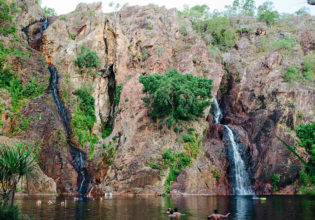 Rock formations, stunning natural pools, thundering waterfalls and monsoon rainforest: it may not be as well-known as its bigger neighbour, Kakadu, bu... 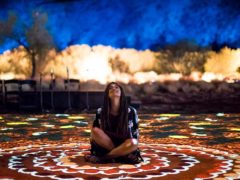 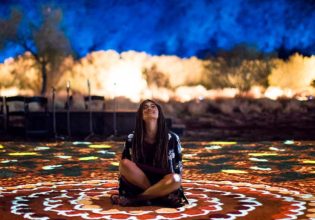 Parrtjima: A night in the desert that will blow your mind

A dazzling light and art event in a desert landscape unlike anywhere else in the world, Parrtjima is perhaps Australia's brightest celebration. This f...