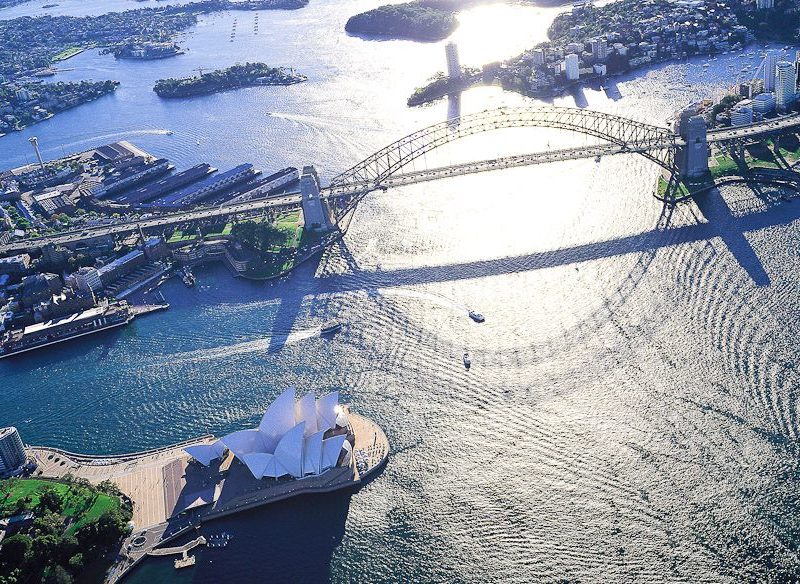 It’s amazing to think that the Sydney Opera House has been open just 33 years, and yet it’s as representative of Australia as the pyramids are of Egypt or the Colosseum is of Rome (both of which, if you think about it, have been standing a while longer). It’s photographed almost as often as these buildings as well, but how many people have actually been inside one of the Opera House’s 800-plus rooms?

“Soak up the history with a backstage tour . . . you were born for that stage!”
– Catriona Rowntree

There’s one room in particular that every Australian should visit before they die: the Opera Theatre, to take in an opera. Not your glass of Merlot? How about the Concert Hall (concerts), the Drama Theatre (drama, you get the idea), the Playhouse or the Studio? The complex has five performance areas to choose from; make time if you can to take a tour.

There are various dinner options on the Quay overlooking the Opera House, or several dining options inside, including Guillaume at Bennelong – an expensive (but outstanding) restaurant under its very own sail. At the very least, do the Aussie thing, and visit one of the six bars.

“You must pay a visit to the Opera House. Even if you can’t sing.”
– George Negus

Did you know?
The very first performance presented at the Sydney Opera House was the Australian Opera’s production of Prokofiev’s War and Peace.

How to get there
There are frequent daily flights to Sydney from all major cities in Australia.

The Sydney Opera House is situated at Circular Quay, which is serviced by buses, trains and ferries.

Best time to go
Any time.